Tommy Lee and John Travolta are a batch made in heaven.

The pair of unlikely friends exchanged cookie recipes and shared their baking techniques with the world on Wednesday.

The Mötley Crüe drummer, 59, shared a quick video clip on TikTok of a series of text messages with the actor, 67, where they shared recipes for peanut butter chip cookies.

Travolta’s text read, “Tommy, can you send me that peanut butter [chocolate] chip cookie recipe you have?”

Lee happily agreed and passed along a scrumdiddlyumptious recipe. The musician then jokingly replied “Your welcies!!!” alongside a photo of the cookies fresh out of the oven.

The “Grease” star then sent back a snap of the yet-uncooked dough in muffin tins as they cooked in the oven. “You didn’t know I was Johnny Crocker,” Travolta wrote.

Cut to a shot of a laughing Lee, who said, “Oh my god, buddy! Me and my wife [internet star Brittany Furlan] were just saying the same thing! I’m like ‘Who is sitting around on a Wednesday night [baking cookies]?’

“Could you imagine if people knew that Tommy and John are … baking. What happened?” Lee asked. The hilarious video has since received over 141,500 likes and 808,000 views. 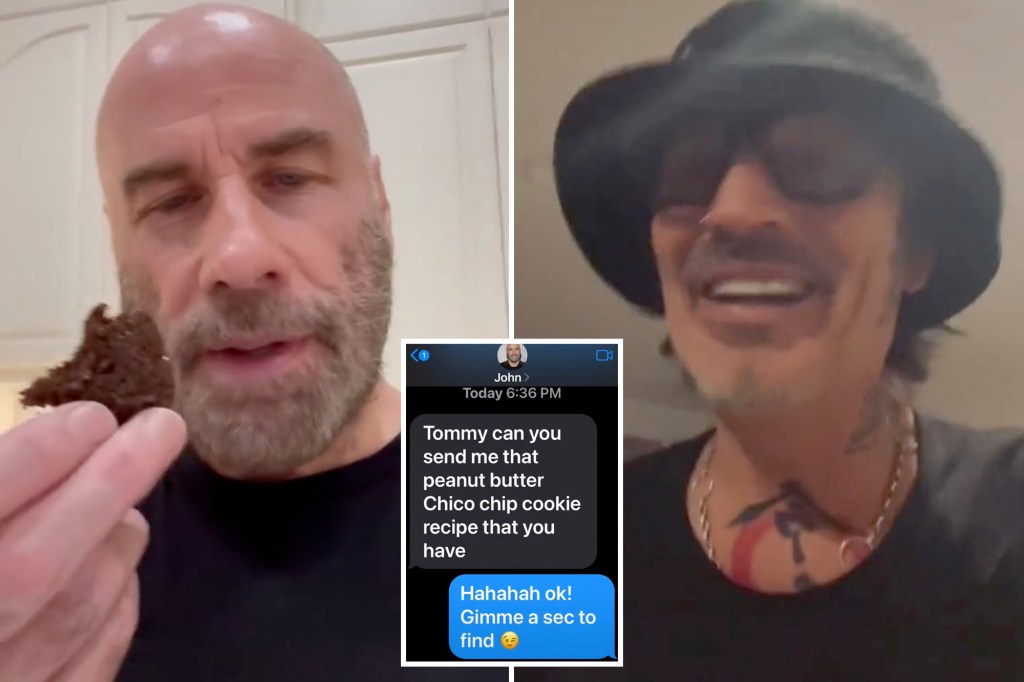 The pair have been friends for a while and the rock star even comforted the “Hairspray” actor after his wife Kelly Preston passed away from breast cancer last year.

In an October 2020 interview with Entertainment Tonight, Lee revealed, “I just talked to him, he’s back in town here. He’s doing really well.

“He has a great team of people around him, his kids are doing wonderful. He’s doing everything to make them comfortable and I think, just personally knowing that it’s been happening or coming up,” he continued. “I’m sure it doesn’t ease the pain at all of … having something slowly come that you can kind of start to prepare for. 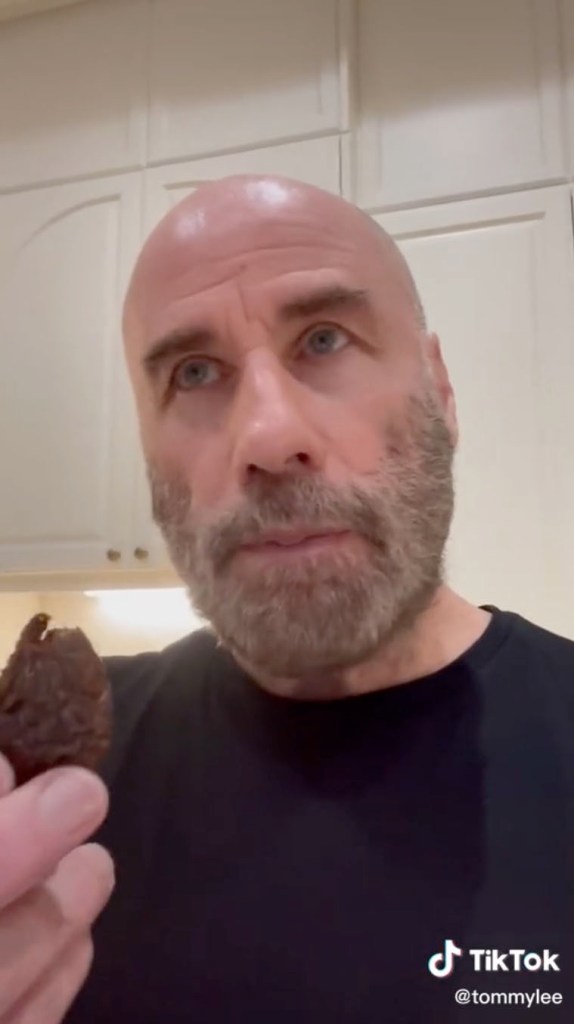