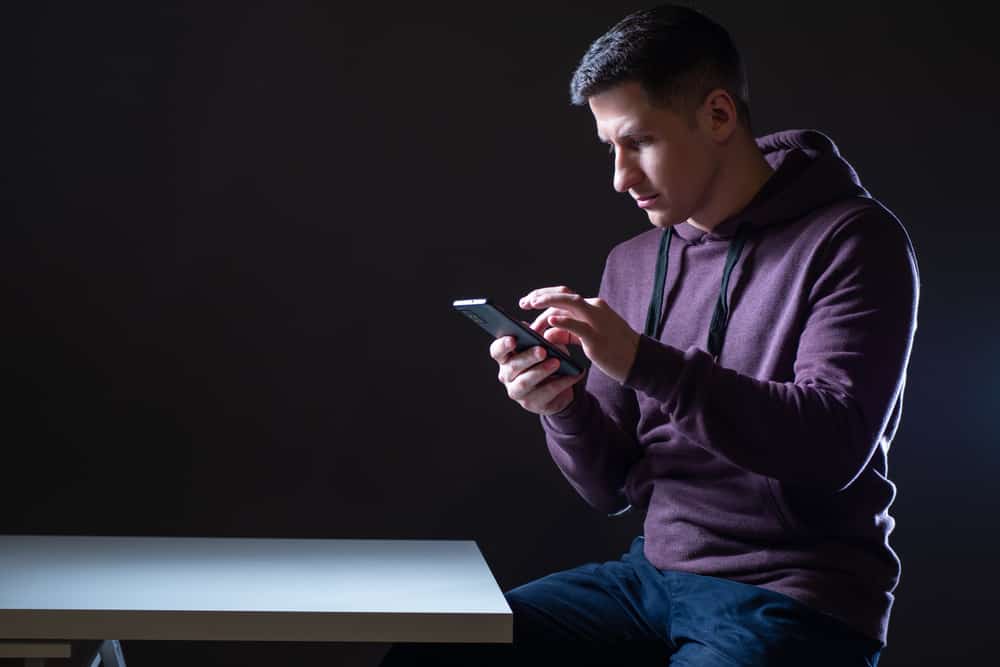 The LG Stylo 5 is effective on a budget. With a few compromises, it affords users on a budget to enjoy efficiency on a Stylo fitted device. Asides from the issues with the speaker, this device is also likely to get warm during charging.

Have you been looking for a reason to purchase the LG Stylo 5? This LG Stylo 5 review has everything you need to know before you purchase it.

In this review, I explore every detail about the LG Stylo 5. I’ll discuss the design, display, cameras, storage, and security, and battery performance of this budget smartphone.

In all, this review will help you make informed decisions as it offers you all you need to know about the LG Stylo 5. When you do read this review, you’ll be able to decide if the LG Stylo 5 is worth it or not. 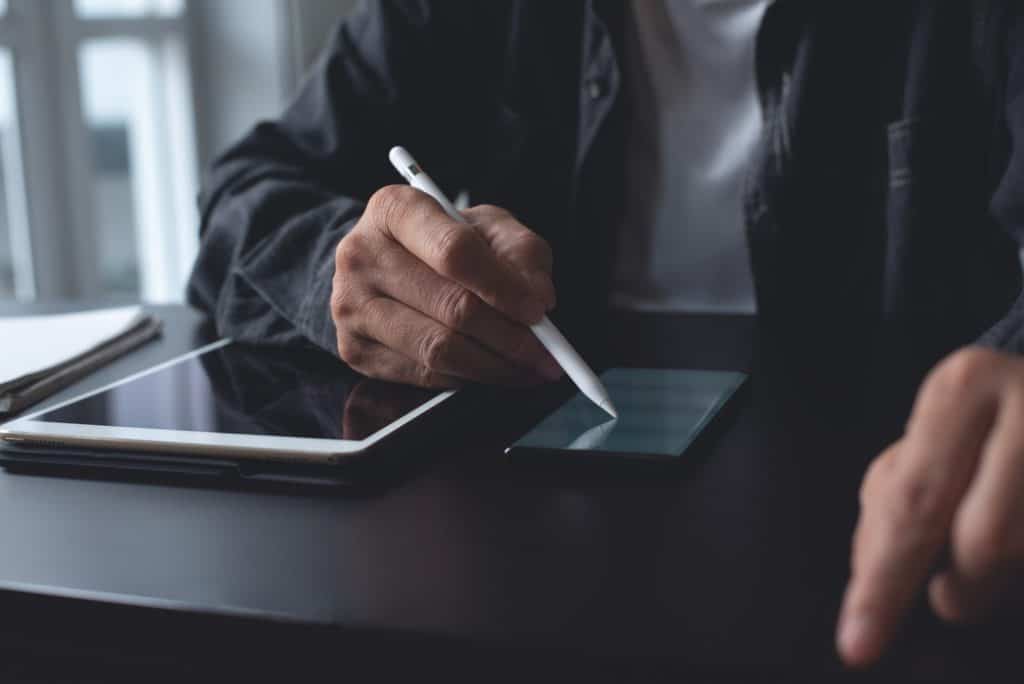 The best part is that the intricately designed specs of the LG Stylo 5 don’t make it an overly priced device. Its price is just right considering the value of the device.

Considering that LG doesn’t strongly compete again some of the most famous devices, the specs of this device are really great. Yet, even though LG put a lot of thought into the design of this smartphone, it still maintains a fair price point.

Will the balance between its features and price point convince you to get it? Read on to find out!

The LG Stylo 5 features a regular and notable LG Bar design. It has a sleek look in its all-through plastic finish.

This aluminum design ensures that despite the plastic feel, users can enjoy a grip on the device. This means that you don’t have to worry about the device slipping out of your hands.

Unlike the Moto G7 and LG G8 ThinQ that are notable for their slim and almost nonexistent bezels, the LG Stylo 5 has chunky bezels.

In terms of color options, the LG Stylo 5 is available in Blonde Rose, New Platinum Gray, and Silvery White. These color options give the phone a sharp and vibrant look that compensates for its rather bland design.

The front of the device houses a number of features. At the bottom part of the device, you’ll find the USB Type-C port and a headphone jack, charging port, and speaker.

LG positioned these features for easy accessibility and functionality. However, the overloading of these features at the bottom of the device comes with the consequence of little room for the speakers.

Further driving the effectiveness of the device, you’ll find volume buttons and a hybrid SIM slot on the left side of the device. Sitting at the right-hand side for better grip is the power button on the right.

Worthy of mention is how responsive the buttons are. While it may be difficult to hold the device in one hand, if you do hold it, you can easily reach the buttons.

The LG Stylo 5 is slightly heavier than the LG Stylo 4 which weighs 172 g. Additionally, the difference in thickness is also similar.

LG maintains its regular branding with LG Stylo 5. You’ll find The LG logo is engraved at the bottom back of the device.

I however think it would have been great to have more room for the speakers. Still, the overall structure is really great, so, it’s only fair to rate the LG Stylo 5 five out of ten in this section. 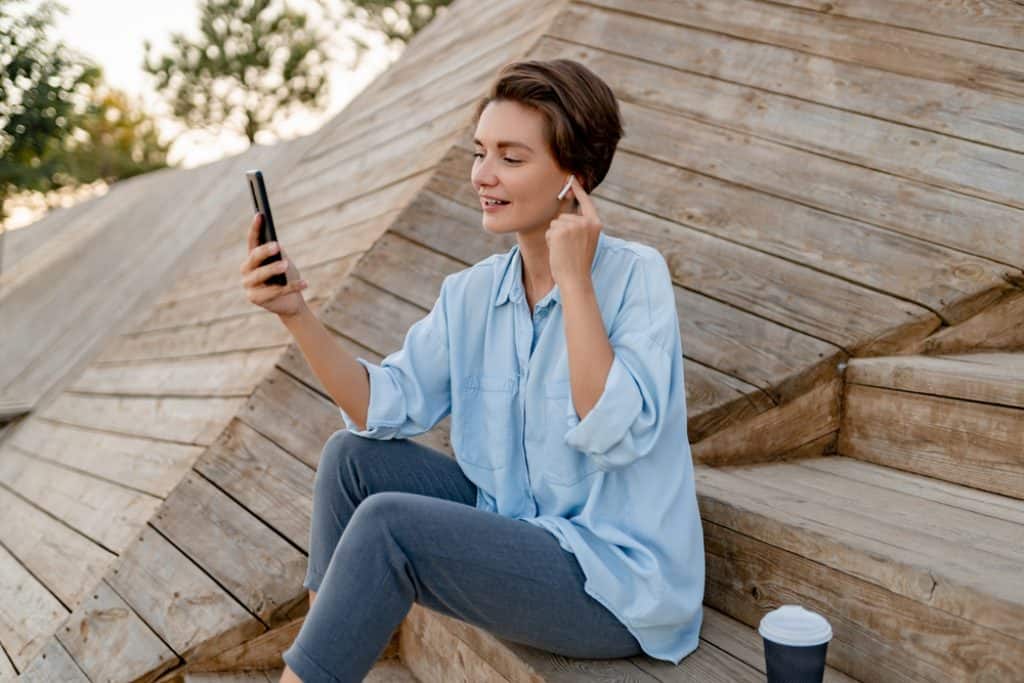 The LG Stylo 5, like the other LG Stylo series, utilizes the IPS LCD.

With the IPS LCD technology, the LG Stylo 5 is able to display in the best colors and viewing angles. It also ensures the clarity of text messages, images, and overall visuals on the device.

With its 390 PPI pixel density, the LG Stylo 5 offers quite a sharp and relatively bright display. Its display is a clear improvement from the earlier stylo devices like the LG Stylo 2 which has a 258 PPI.

The LG Stylo 5’s display offers vivid and rich colors. This was clear while I streamed the new episodes of Money Heist – the custom red colors were very clear.

When it comes to the aspect ratio, it is fair to say the figure is good enough. The LG Stylo 5 has an 18:9 aspect ratio which is above the 16:9 average of devices within this price range.

This 18:9 aspect ratio is much narrower than the regular 16:9 aspect ratio that many devices have. It is however not a disadvantage for the LG Stylo 5.

This is because the 18:9 aspect ratio gives room for a better one-hand grip and improved usability.

In conclusion, the LG Stylo gets a comfortable eight in this display review for its great display features. 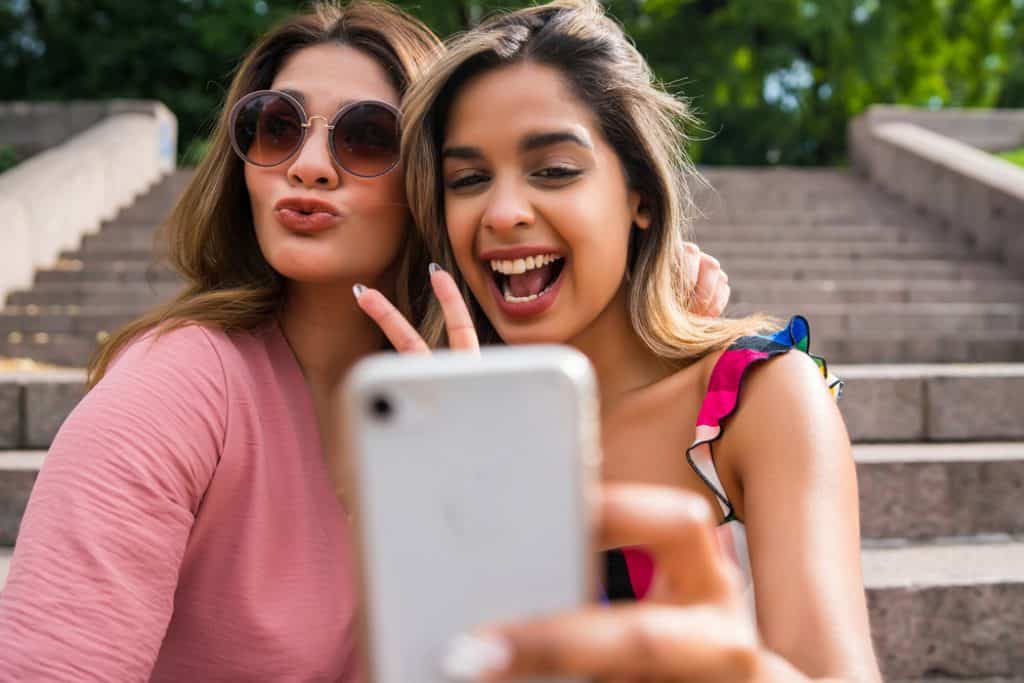 The LG Stylo 5 features a 13 MP rear camera and a 5 MP front-facing camera. Considering the price of this device, the camera quality is actually below average.

I’ll advise taking photos with this device with as much light as possible.

Moving on, the front camera failed to produce great pictures.

Initially, I thought that poor lighting conditions affected the images from the front-facing camera but I was wrong. With different exposures to light, the images were the same.

Unfortunately, you may have to deal with skipped frames while shooting videos on this device.

Meanwhile, the PDAF feature, which I see as a win for this device allows users to capture objects in motion.

Overall, the camera performance of the LG Stylo 5 is average. Hence, I’ll score it a six in this review. 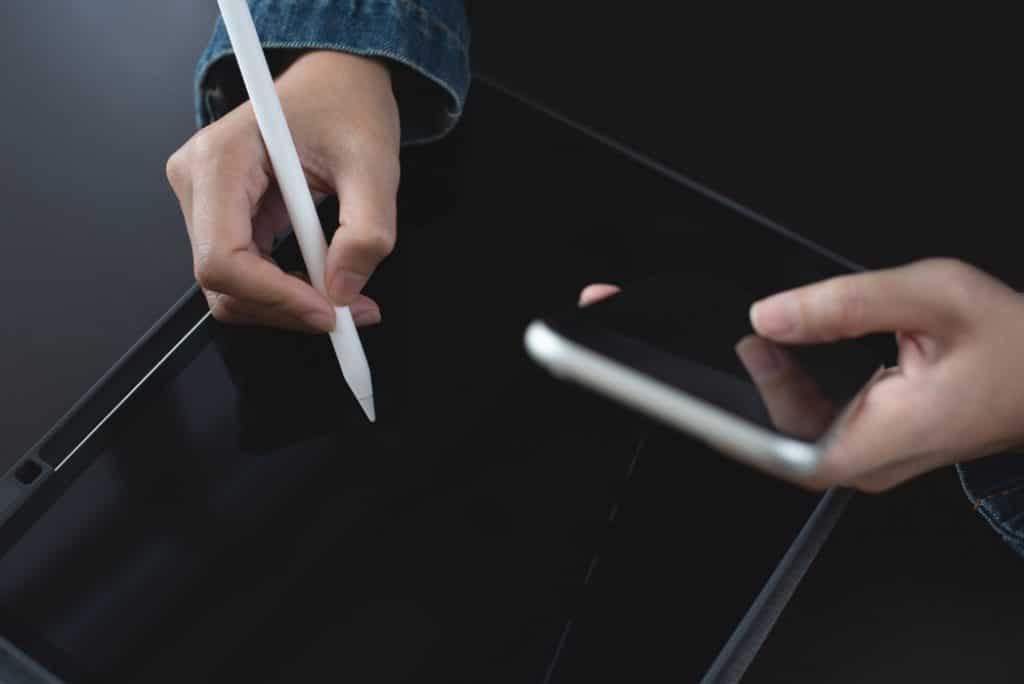 The LG Stylo 5 has a non-removable 3500 mAh battery. We consider this a disadvantage as users cannot replace the battery themselves.

The general expectation on battery life is about 22 hours. Even with expectations, only premium devices can keep up.

Based on this, it is fair to say that LG Stylo 5 offers a good fight. The LG Stylo 5 Pro lasts about 15 hours 20 minutes on average even with concentrated talk time and video surfing.

Even with intense gaming sessions, the LG Stylo 5 battery life still does a good job.

For daily usage, if you only have a few hours of gaming sessions then a single charge guarantees a two-day usage.

Even though this device has a great battery performance, there’s a downside. The battery of the LG Stylo 5 is non-removable and would need to be unscrewed to be replaced.

Hence, the LG Stylo 5 scores an eight in this review for its good battery life. 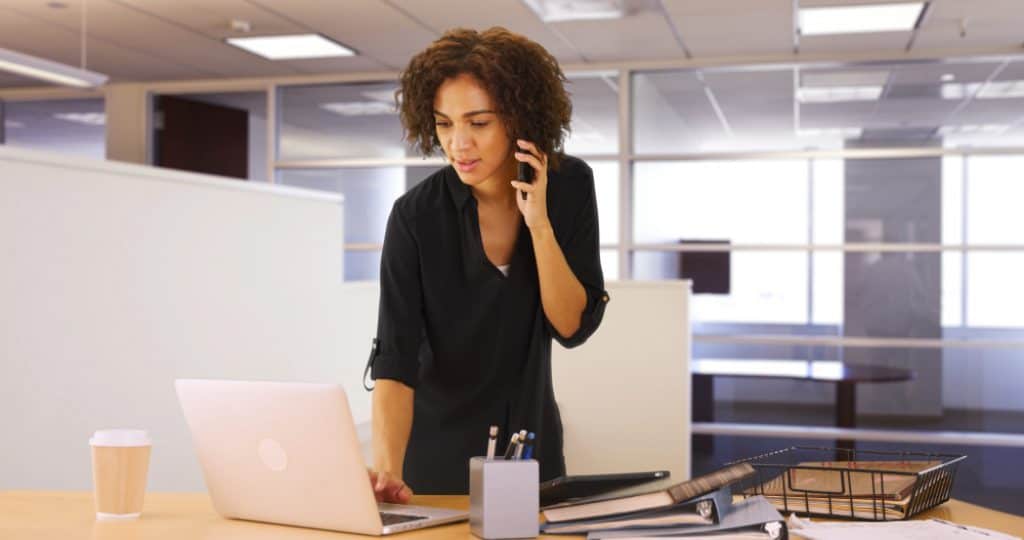 The LG Stylo 5 has 32 GB of internal storage capacity.

Without a doubt, the 32 GB may not be a great fit for anyone who loves to store large files on their devices. If however, you store very few files on your device, you’ll find the 32 GB a good fit for you.

Interestingly, you won’t get all the 32 BG available for your personal usage. This is because about 10 GB of the internal storage is used for the operating system’s functions.

This however isn’t a disadvantage for individuals with large storage demands. This is because based on your storage needs, you can choose to expand the internal storage via a microSD card.

It is important to know that this expansion has a limit. The largest microSD expansion the LG Stylo supports is 2TB.

This expansion limit is a big win for its users as it is quite a great range for a device of this price range.

Unfortunately, even this large SD Card expansion can’t cater to all your storage needs. To an extent, users are still going to depend on low internal storage.

All things considered, the LG Stylo 5 scores a seven in this review for its average storage options. 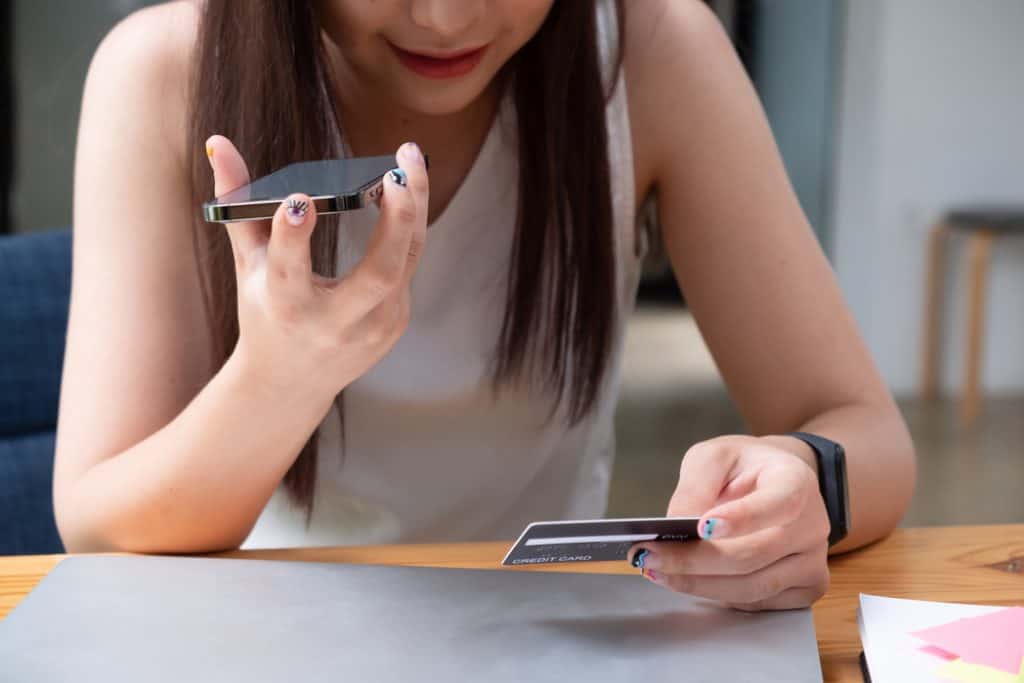 In recent years, mobile phones are referred to as “smartphones”. These phones are “smart” mostly because of certain special functions they’re capable of.

These functions may include things like detecting or sense the presence of nearby objects. It may also include the ability to track different motions like shaking and swinging.

All of these and so much more are made possible by sensors. They are different yet tiny components that each device has.

The basic function of sensors is to communicate changes in the environment to your mobile device. Most modern smartphones, including the LG Stylo 5, have a collection of sensors.

The LG Stylo 5 comes with a proximity sensor that helps the smartphone detect closeness. It helps to switch off displays to prevent keypad presses and battery consumption while the user answers calls.

This device also has a fingerprint sensor that allows you to unlock the device with your fingers. In addition to unlocking the device, you can also use the fingerprint in some applications.

For example, you can use your fingerprint to authorize payments.

In addition to the fingerprint sensor and proximity sensor, the LG Stylo 5 also features an accelerometer.

Overall, the LG Stylo 5 scores a seven in this review for its fair sensor selection. 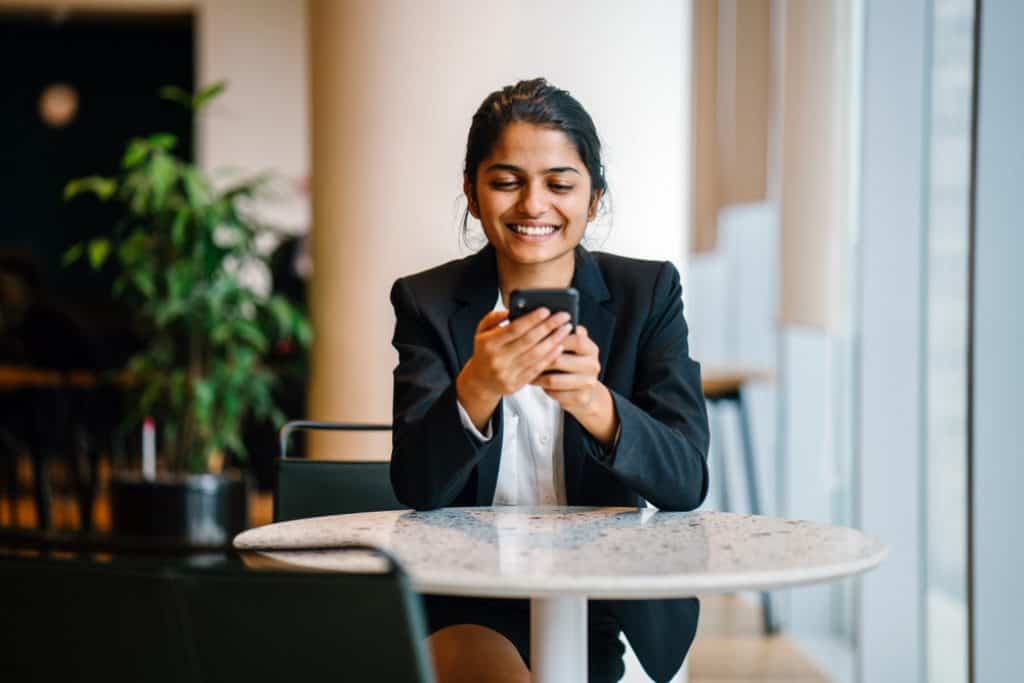 Just like the other devices in the LG Stylo Series, the LG Stylo 5 comes with a built-in stylus. This stylus can be used to write, draw, color, take notes, and even doodle.

Additionally, it has a 6.2″ edge-to-edge display and a Full HD+ resolution. These ensure that you get the best viewing experience of games and movies with the best picture quality.

The 13 MP rear camera and wide-angle 5 MP front camera are also fitted with a Phase Detection Auto Focus (PDAF). This makes it perfect for capturing fast-moving subjects with amazing clarity and perfect for group pictures.

The LG Stylo doesn’t have the IP68 function that allows devices to be immersed in a certain quantity of water for a certain time. Consequently, it is not waterproof.

No, it doesn’t. The LG Stylo 5 lacks the charging pad required for the wireless charge function.

However, it makes up for this with its 3500 mAh long-lasting battery. It also utilizes LG’s charging feature that allows a quick charge of devices.

No, it is not. The LG Stylo 5 has only one Sim card slot and is unable to support multiple sims.

6. Does The LG Stylo 5 support The NFC function?

The NFC or Near Field Communications Technology is supported by the LG Stylo 5. This feature only needs to be turned off or on by the user.

Yes, it can. Via its content sharing setting, the LG Stylo 5’s screen may be shared or displayed on a TV screen

Yes, you can. As an extra feature, the LG Stylo 5 features the LG’s notable QuickRemote.

QuickRemote allows you to use your LG Stylo 5 as a universal remote for your home TV, set-top box, and audio system. Additionally, you can set up and display up to four remotes.

9. Is The LG Stylo 5 HDMI Compatible? 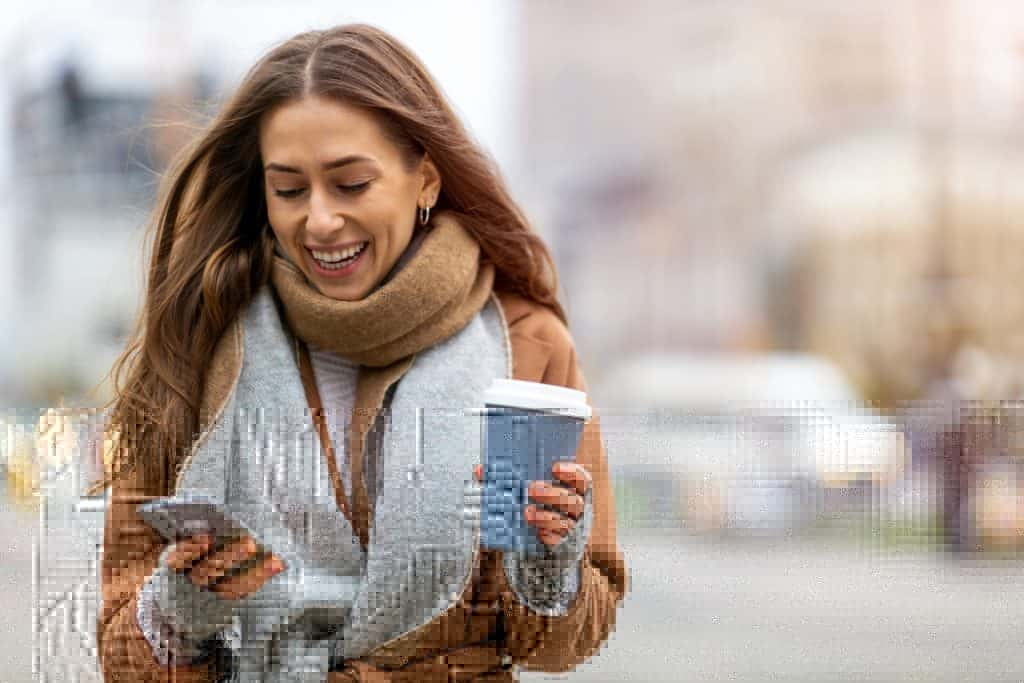 The LG Stylo 5 is effective on a budget. With a few compromises, it affords users on a budget to enjoy efficiency on a Stylo fitted device.

Asides from the issues with the speaker, this device may also get warm during charging. The LG Stylo works well as a minimalist’s choice because of its simple but yet alluring plastic design.

The LG Stylo 5 will be an excellent fit for you if you can cope with the poor speaker quality and average camera quality.

The future of ‘Minecraft’ includes swamps, scary monsters and a Game Pass bundle