Notable African deaths of 2021: From ‘Ethiopia’s Elvis’ to mega pastors

As 2021 draws to a close, it is time to remember some of the pioneering, inspiring and controversial figures on the African continent who died this year.

Here is a look at 10 of those to whom we have said farewell.

Known as the Ethiopian Elvis, Alemayehu became an iconic figure on Ethiopia’s jazz scene from the 1960s and performed right up until his last years. From his young days, he was known for his cover versions of Elvis Presley and told the Guardian in 2008 that James Brown later became a great influence. 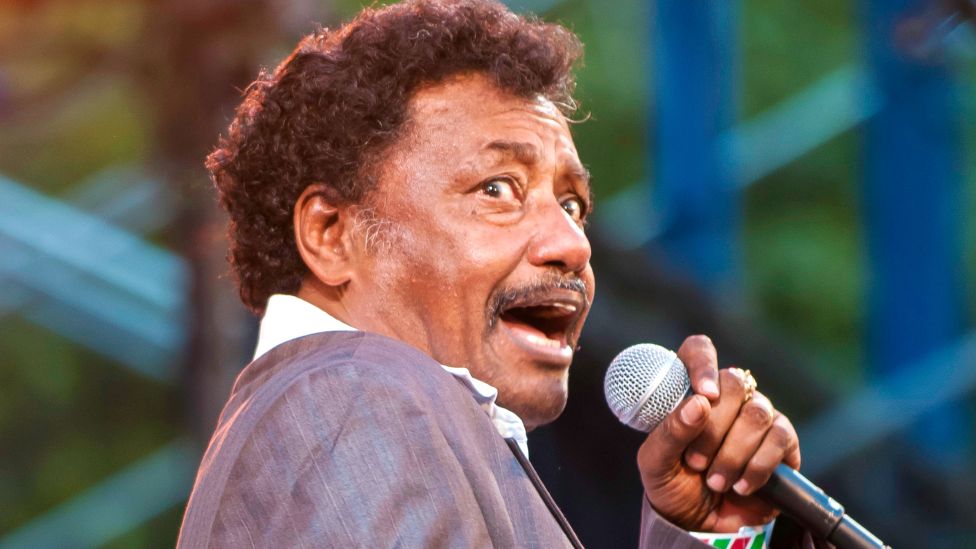 “I dressed like an American, grew my hair, sang Jailhouse Rock and Teddy Bear – sometimes we would do Strangers in the Night. But the moment that I started singing Amharic songs my popularity shot up,” he said.

In its notes about one of his albums, record seller Rough Trade said “he didn’t so much sing to his audience as seduce it, working himself and his fans into a sweat-soaked frenzy”. Read more here.

Mamma Sarah, as she was known, rose to global prominence when her step grandson Barack Obama became US president in 2009, but she was already well-known in her home area in western Kenya where she had married a much older man as a teenager – as custom dictated. 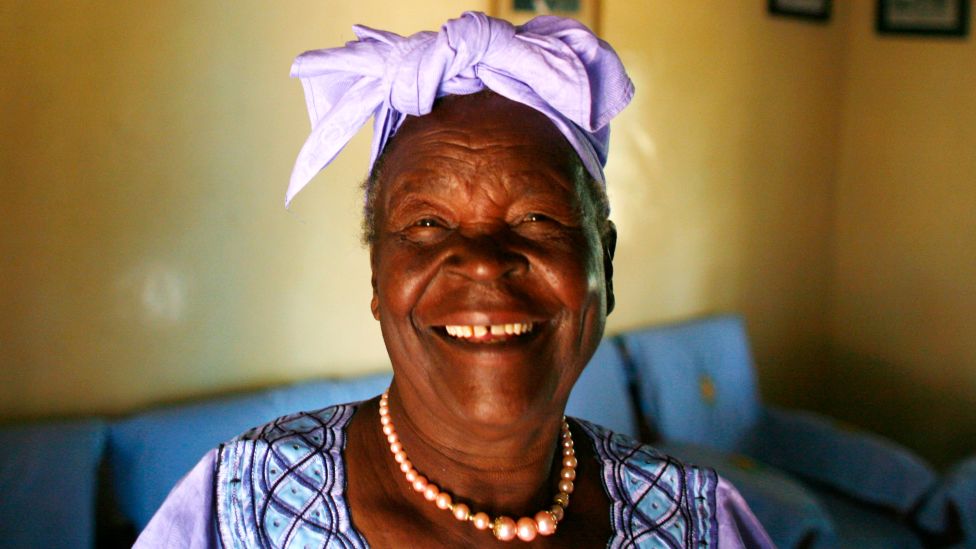 For decades, she ran a foundation to help educate orphans and girls, something she felt strongly about as she could not read herself. In 2014 she received the UN’s education pioneer award for her work.

Barack Obama said this dedication to education began with her children: “Although not his birth mother, Granny would raise my father as her own, and it was in part thanks to her love and encouragement that he was able to defy the odds and do well enough in school to get a scholarship to attend an American university.”

He said that during her lifetime, Sarah Obama witnessed epochal changes “yet her essential spirit – strong, proud, hard-working, unimpressed with conventional marks of status and full of common sense and good humour – never changed”.

The death of the Tanzanian president was announced in March after he had not been seen in public for more than two weeks. 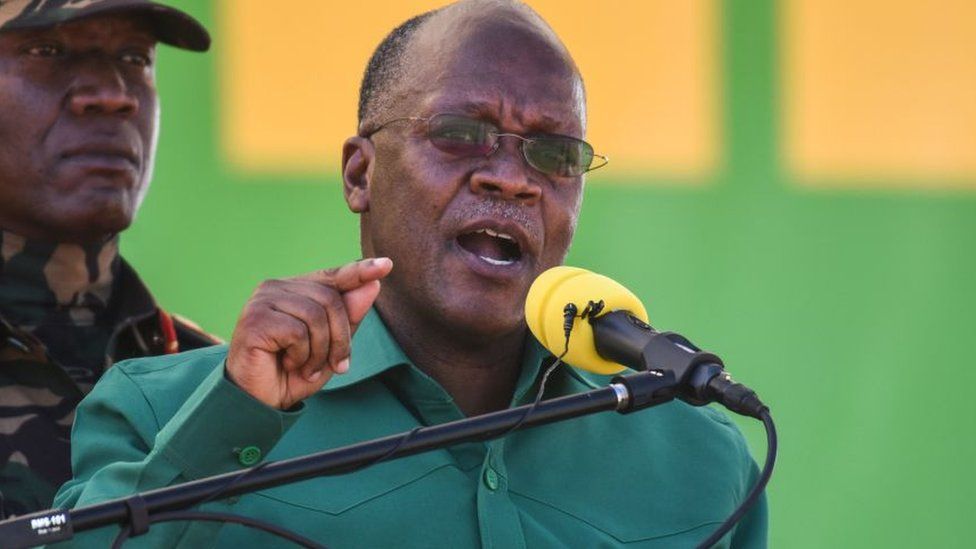 The government said the coronavirus sceptic died from heart complications, but some opposition politicians alleged he had contracted Covid-19.

The son of a subsistence farmer, he rose to become president in 2015 and was praised for his no-nonsense approach. Known as The Bulldozer, critics accused him of being an authoritarian who tried to clamp down on the press, intimidate the opposition and causing thousands of deaths by undermining the fight against coronavirus. Read more here.

One of Zambia’s few plastic surgeons, Mtonga found her calling when caring for burn patients as a medical student. 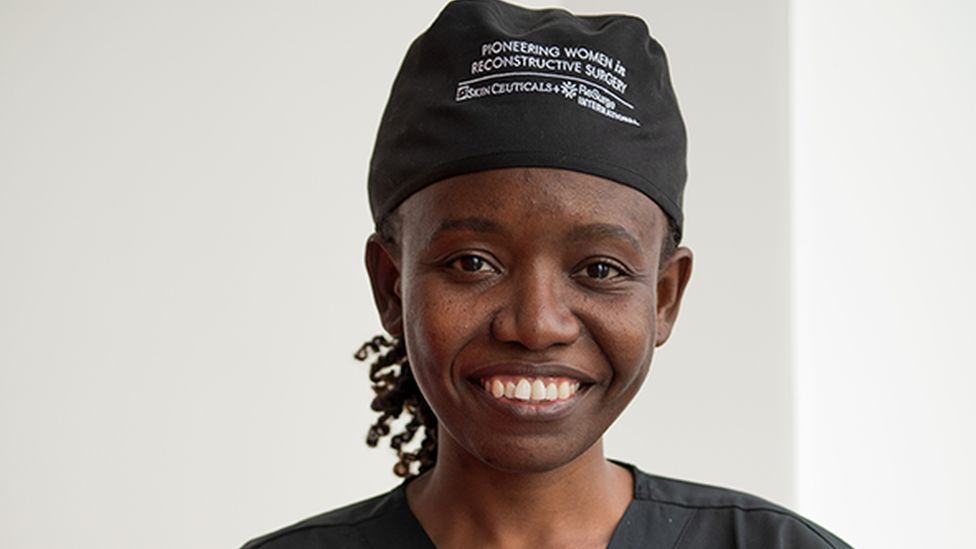 “She truly epitomised what it means to be a pioneering woman, and was on track to become the first woman reconstructive surgeon in all of Zambia. This is a tragic loss not only for those of us who knew her personally, but also for the future of reconstructive surgery in her home country, and for the world at large,” the NGO ReSurge posted.

Mtonga died in December not long after returning from a plastic surgery conference in the US. One tribute on Facebook came from a man whose wife was treated by her a few years ago: “Dr Mtonga went beyond to use even her own money just to buy what was needed to use on my wife’s treatment just to make sure my wife’s right hand and fingers healed.”

We also lost: Nigerian professor and virologist David Olufemi Olaleye and John Baptist Mukasa, one of Uganda’s few neurosurgeons, who was committed to educating the next generation of doctors.

Born in apartheid South Africa, he joined the Anglican church and rose to become the first black Archbishop of Cape Town in 1986 – two years after he was awarded the Nobel Peace Prize for his role in the struggle to abolish white-minority rule. 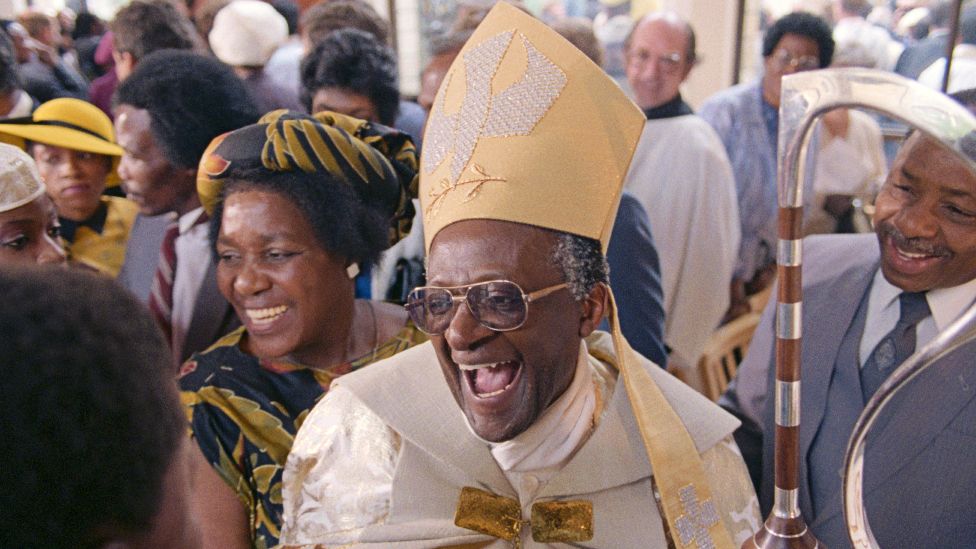 Affectionately known as The Arch, he went on to chair the country’s Truth and Reconciliation Commission after Nelson Mandela won the country’s first free and fair elections in 1994. Regarded as South Africa’s moral compass, Tutu was at times also an outspoken critic of the post-apartheid government in a country he dubbed The Rainbow Nation. Read more here.

We also lost: FW de Klerk, South Africa’s last apartheid president, who shared the Nobel Peace Prize in 1993 with Mandela for helping to negotiate an end to apartheid.

A post on the Nigerian pastor’s Facebook page in June simply said: “God has taken His servant”. It triggered a wave of mourning among the millions of followers across the globe of Joshua’s Synagogue Church of All Nations. 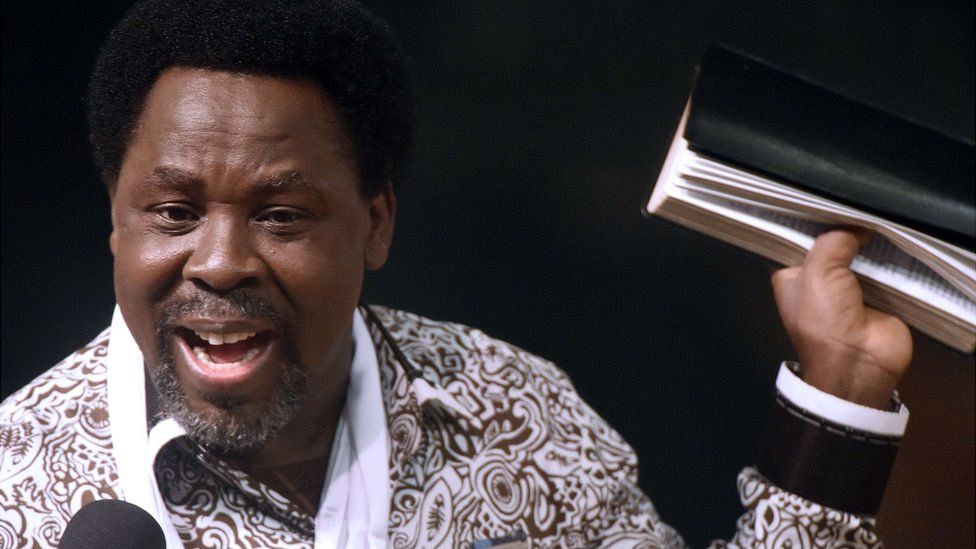 The influential preacher, who counted top politicians among his faithful, became known for his “miracles” and professed to heal all manner of illnesses including HIV. Read more here.

Kenyan athletes were in shock after learning that their friend and world-record holder had been stabbed to death in October. 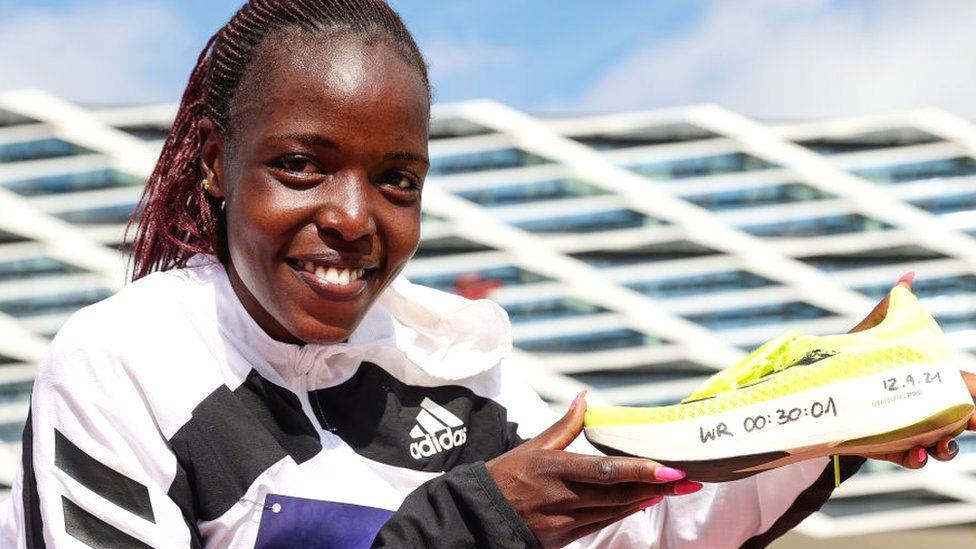 Her husband, Ibrahim Rotich, has pleaded not guilty to her murder. Tirop was a promising long-distance runner who broke the women-only 10km world record in September and also appeared at the Tokyo Olympics. Read more here.

We also lost: Eritrean cyclist Desiet Kidane, who died after she was hit by a car while she was on a training ride, from Senegal the disgraced former head of world athletics’ governing body Lamine Diack, South African footballer Ryder Mofokeng who captained Kaizer Chiefs for 11 years and Nigerian footballer Yisa Sofoluwe, known in the national side as “Defence Minister”.

The leader of the Zulu nation in South Africa, the king was a strong advocate of preserving cultural identity throughout his 50 year-reign. 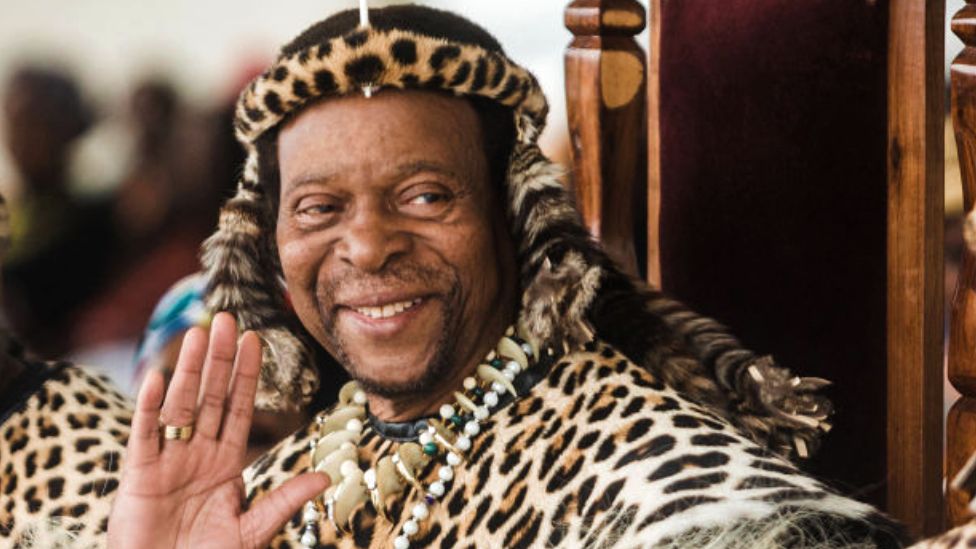 He was a direct descendent of King Cetshwayo, who led the Zulus in the war with the British army in 1879. Though the father of 28 children from six wives did not have formal political power, he represented an idea that despite South Africa being a modern country, it had not abandoned its past.

One of his wives, Queen Mantfombi Dlamini-Zulu, took over as regent in March, but she died a month later. Read more here.

The Egyptian actress’s career spanned 50 years on film, stage and television. She played dramatic roles but was perhaps best known and loved for her comedic skills. 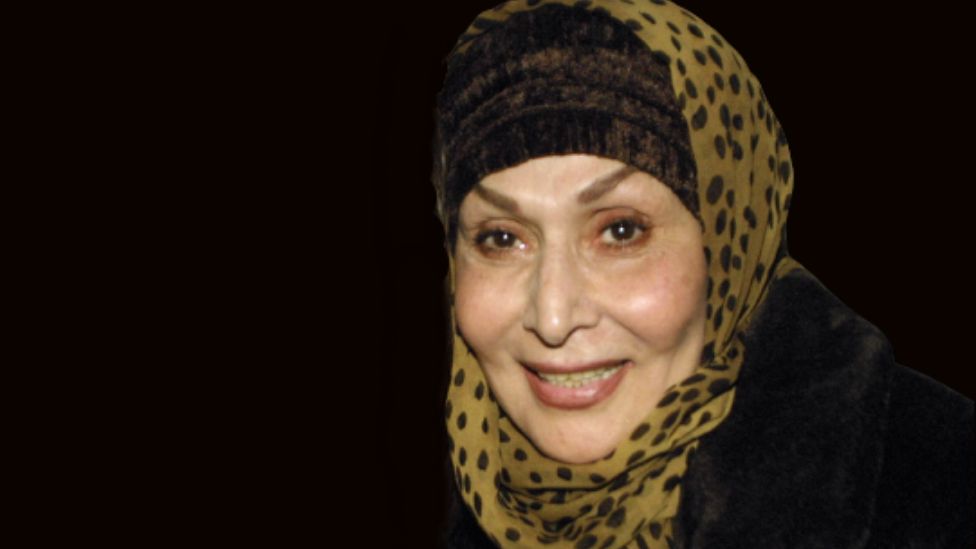 For some, El-Bably’s name evoked nostalgia for the golden age of Egyptian cinema in the 1950s and 1960s. Later, she had great success on television playing leading roles in some of the most popular series that are a staple of family life every Ramadan. Read more here.

Zambia’s independence leader, who died in June, was one of the last of the generation of African leaders who fought colonialism. 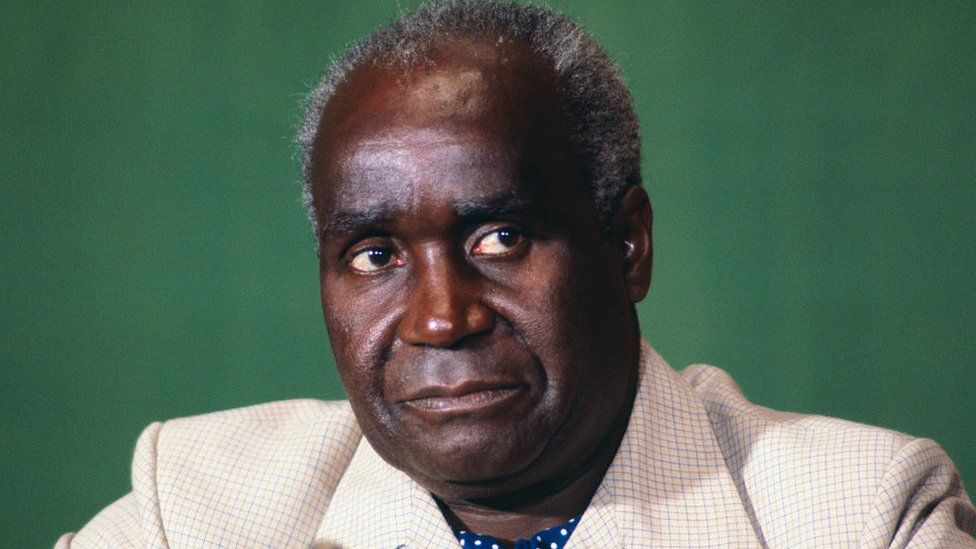 He said his wish was for Zambians to have an egg on their table for breakfast every morning, a pint of milk – and for every Zambian to have a pair of shoes on their feet.

Popularly known as KK, he loved playing the guitar and was a school teacher before joining the independence struggle and became a strong supporter of efforts to end apartheid in South Africa and backed liberation movements in Mozambique and what is now Zimbabwe. Read more here.

More on this story

SEC teams set to get busy in bowl games

Why are your IT people so miserable? Log4j2itis

Things to do in Poland