The head of the state’s watchdog agency urged state Attorney General Letitia James Wednesday to enforce its order to claw back $5.1 million in book profits from disgraced ex-Gov. Andrew Cuomo.

Jose Nieves, chairman of the Joint Commission on Public Ethics, sent a letter to the AG’s General Counsel, Larry Schimmel, claiming James can legally enforce JCOPE’s order for Cuomo to return the book profits for his COVID memoir after violating an agreement not to use state resources — including government workers — to prepare it.

Schimmel previously rejected JCOPE’s order as illegal, saying the AG’s office could not enforce such an order without the ethics agency first conducting a full-blown probe and submitting findings of wrongdoing against Cuomo under the Public Officers Law.

Nieves responded in the letter. He said facts are clear as day that Cuomo violated the agreement and put the issue back in James’ court.

Nieves said the facts that Cuomo violated the agreement were clear, and urged James to enforce a punishment.AP Photo/Mary Altaffer

“The Commission is empowered and required to deny or revoke any authorization or approval sought or obtained by a state official, and to order corrective action where, as here, material misrepresentations have been made….,” Nieves said in the letter, a copy of which was obtained by The Post.

“There is no requirement that a substantial basis investigation be carried out in any or all circumstances as predicate to commission action in response to clearly established conditions imposed in regard to engagement in outside activities.”

JCOPE — for years accused of stonewalling or killing probes into powerful state officials include those close to Cuomo — approved a resolution on December 14 ordering Cuomo to return the proceeds from his book, “American Crisis: Leadership Lessons from the COVID-19 Pandemic,” written while he was still governor and New York was in the throes of the deadly coronavirus outbreak. 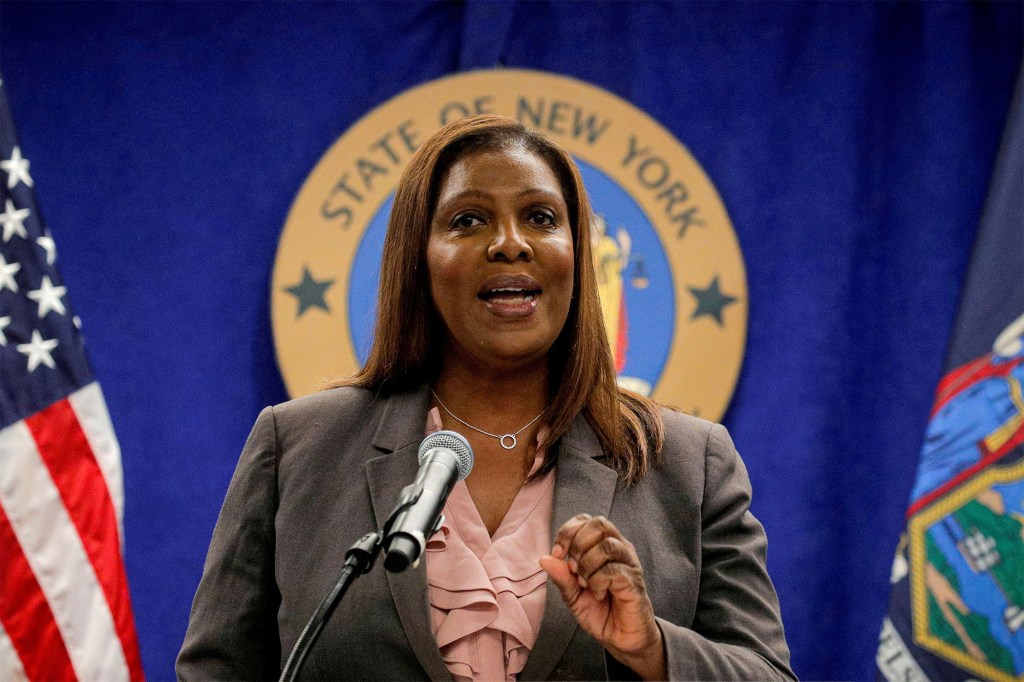 James and her General Counsel, Larry Schimmel, previously rejected JCOPE’s order as illegal, saying the AG’s office could not enforce such an order without the ethics agency first conducting a full-blown probe and submitting findings of wrongdoing against Cuomo under the Public Officers Law.REUTERS/Brendan McDermid/File Photo

The action came a month after the ethics agency voted to revoke its prior July 17, 2020 approval allowing Cuomo to publish the book, claiming he violated an agreement not to use state resources. 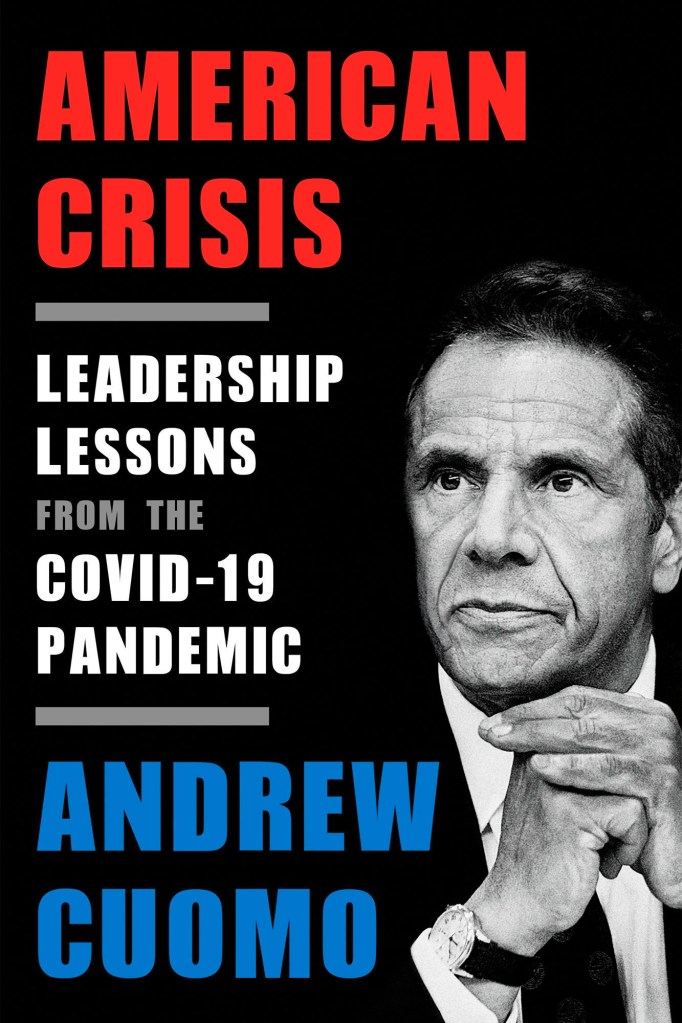 Cuomo allegedly violated an agreement not to use state resources, including his staffers, to write his 2020 memoir.AP

“We request that your office support the efforts of the commission to seek expedient civil process that will hold the former governor accountable for his misrepresentations to the commission [and] for his breach of the conditional approval letter” for the book deal, Nieves said.

Nieves, an appointee of Gov. Kathy Hochul, sought to downplay any rift with the attorney general’s office during an interview Wednesday night and later issued a statement complaining about “unauthorized and improper releases of information by someone associated with JCOPE.”

But he defended JCOPE’s action in regards to disgorging Cuomo book profit.

“We have a difference of opinion as to the outside activity rule. The law is clear. We can approve, disapprove or revoke the authority of a public official to engage in outside activity,” Nieves told The Post.

Nieves put the onus on Cuomo.

“The ball in Cuomo’s court on whether he will evade the resolution we passed or do the right thing,” he said.

“The attorney general does not want to take action with respect to recovering the money,” he alleged.

But it was AG James’ office’s investigative report released in August that forced the three-term Democrat Cuomo’s resignation after substantiating a slew of accusations of mistreatment and harassment leveled against the ex-governor by current and former staffers. 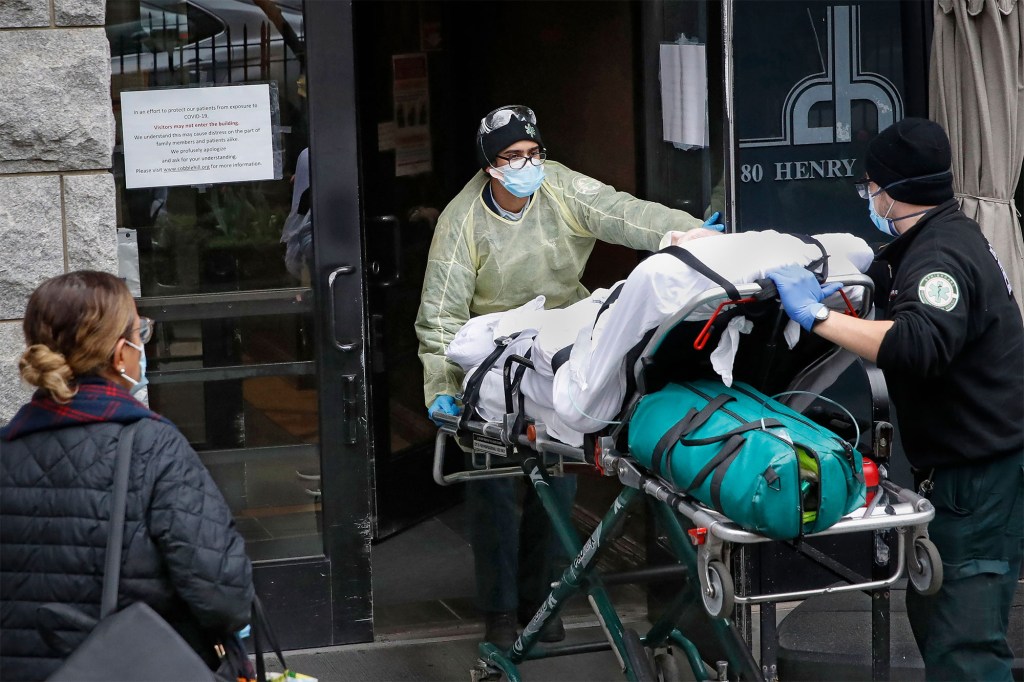 Family members of nursing home residents lost to COVID accused Cuomo of covering up deaths while seeking “blood money” off the backs of their loved ones after James issued a devastating report that found Cuomo undercounted nursing home deaths from the coronavirus by 50.AP Photo/John Minchillo, File

James’ also issued a devastating report in January that found Cuomo undercounted nursing home deaths from the coronavirus by 50 percent while he was negotiating his book deal. Family members of nursing home residents lost to COVID accused Cuomo of covering up deaths while seeking “blood money” off the backs of their loved ones.

The state Assembly Judiciary Committee’s impeachment report recently found that Cuomo used staffers extensively to help prepare the book — though he insisted the work was done voluntarily and legally. 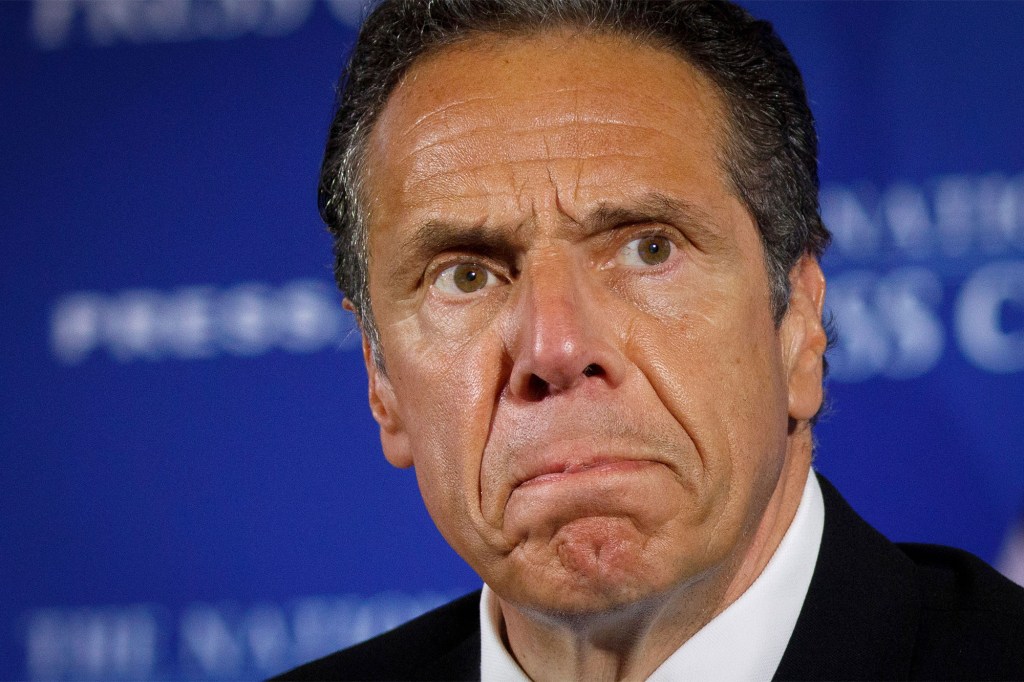 Cuomo’s attorney said he will go to court to block JCOPE’s order to return the book profits, claiming their order is illegal and violates the former governor’s rights.AP Photo/Jacquelyn Martin, File

The handsy ex-governor also is being probed by the FBI and the Brooklyn US Attorney’s Office.

Cuomo’s attorney said he will go to court to block JCOPE’s order to return the book profits, claiming their order is illegal.

“JCOPE’s actions violated fundamental constitutional rights and flagrantly exceeded its statutory authority. It is not at all surprising that the lawlessness of JCOPE’s latest unlawful action is being recognized as just that. We remain ready to vindicate the Governor before a politically neutral body, our courts,” Cuomo’s lawyer James McGuire said previously.

How To Use Cybersecurity As An Effective Marketing Tool

What is the future of Daniel Jones per Adam Schefter?