Avicii fans were devastated when the Swedish DJ took his own life on April 20, 2018.

His last diary entries written before his suicide will be published in Måns Mosesson’s upcoming book, “Tim – The Official Biography of Avicii.” The book will be released on Jan. 18 and will detail the “Levels” songwriter’s mental health and substance abuse problems.

Avicii, whose birth name was Tim Bergling, died in Muscat, Oman when he was 28 years old. He used a glass bottle to commit suicide.

The author conducted talks with his parents, Anki and Klas Bergling, as well as family, friends and colleagues about his life and career.

The entries are from his rehabilitation and hospital stays he went to for drug and alcohol abuse.

The EDM singer wrote in his journal, “I had a hard time accepting never drinking again though strongly suggested from all doctors to wait at least a year before even having a beer.”

“Of course, I didn’t listen to the majority of the doctors, I listened to the couple who said it was ok if I was careful. I was ignorant and naive and touring the world, still on the never-ending tour – because once you’ve circled it once, guess what?” he continued.

“You start right back over again. Those days in hospital were the most anxiety and stress-free days I can remember the past six years, those were my true vacations, as depressing as it might sound,” he added.

“The relief of going from extreme pain to none, knowing that no one is expecting anything other than for you to wait it out (which is the only way of treating pancreatitis) and then recover was huge,” he penned. “It was an extreme relief considering the insane schedule I had kept up until that point.”

Avicii spent time in the Ibiza Calm rehab center in 2015 following an intervention from his family. While there, he wrote about his pain.

“It needed to be explained to me very logically and caveman-esque for me to truly understand its nature and how it was harming me. Ouch, pain. Why me pain now? Uncomfortable feeling,” he said. “Future Tim deal with pain. Future Tim deal with pain better than present Tim because already there’s too many present pains more urgent to deal with.”

He began to use the medication techniques seen in Maharishi Mahesh Yogi’s teachings. Yogi was an Indian religious leader who focused on attempting to reach the deepest state of consciousness in one’s self. The “Wake Me Up” musician would meditate for hours at a time, despite the recommended time being only 20 minutes a day. 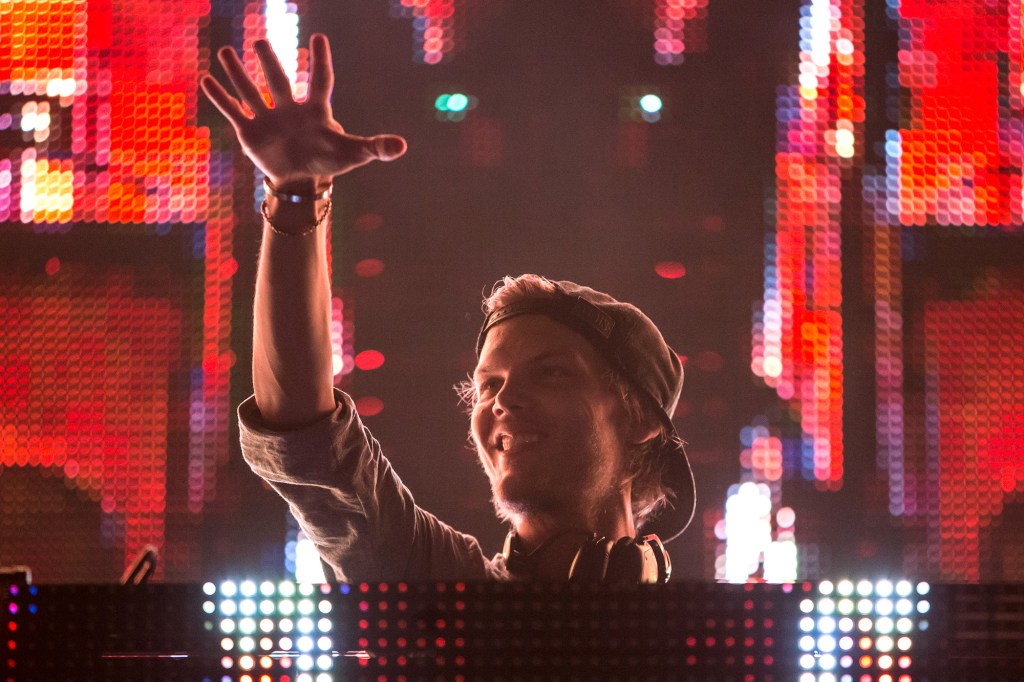 Avicii was known for producing hit singles such as “Wake Me Up” and “Levels.”WireImage

Of his newfound enlightenment, he wrote in his diary, “It feels like I am in a new default mode of being which is very new and a little bit scary. It felt like the fears the last couple of days caused havoc in me, but I remember the tip to focus on my breathing.”

Just a day before his death, an acquaintance Avicii had met on his trip to Oman contacted his father because he was concerned over his meditations. The friend explained that he wasn’t eating or speaking.

The person later called Avicii’s dad to inform him of his son’s suicide.

His final message in his journal read, “The shedding of the soul is the last attachment, before it restarts!”

If you are struggling with suicidal thoughts or are experiencing a mental health crisis and live in New York City, you can call 1-888-NYC-WELL for free and confidential crisis counseling. If you live outside the five boroughs, you can dial the 24/7 National Suicide Prevention hotline at 1-800-273-8255 or go to SuicidePreventionLifeline.org.

How To Use Cybersecurity As An Effective Marketing Tool

6 Tips for Seniors to Get Proper Nutrition