How Meat Loaf Reacted When ‘I’d Do Anything for Love’ Hit No. 1 – Billboard

A Japanese professor, Homei Miyashita, has created a prototype TV screen that enables viewers to not just see and hear content — but taste it too.

With Taste the TV, viewers can now enjoy a new sensory addition thanks to a 10-flavor carousel that, when combined, can imitate specific food’s flavors, from chocolate to pizza.

Once mixed, the flavor combination rolls over the TV screen via hygienic film for consumers’ licking pleasure, Reuters reported.

The boob tube-licking food feature is intended to enhance connection-starved watchers’ ability to connect and interact while limited by coronavirus restrictions.

“The goal is to make it possible for people to have the experience of something like eating at a restaurant on the other side of the world, even while staying at home,” said the Meiji University professor.

The demonstrator asked the screen to produce a chocolate flavor.REUTERS

In addition to offering a variety of at-home eating opportunities, Miyashita said his invention can also be used to help cooks distance-learn or be used in tasting games and quizzes.

During a demonstration of the TTTV, a student volunteered to demonstrate the screen’s lickability. After repeatedly telling the device she wanted to taste sweet chocolate, an automated voice eventually repeated back the request, and flavor jets squirted out a substance onto a plastic sheet. “It’s kind of like milk chocolate,” the student said, after licking the screen, according to Reuters. “It’s sweet like a chocolate sauce.”

He is also reportedly in talks with companies interested in applying the TTTV technology to real-world foods, using the lickable film concept to create a device capable of applying a vanilla or pizza-like flavor to bread, for example. 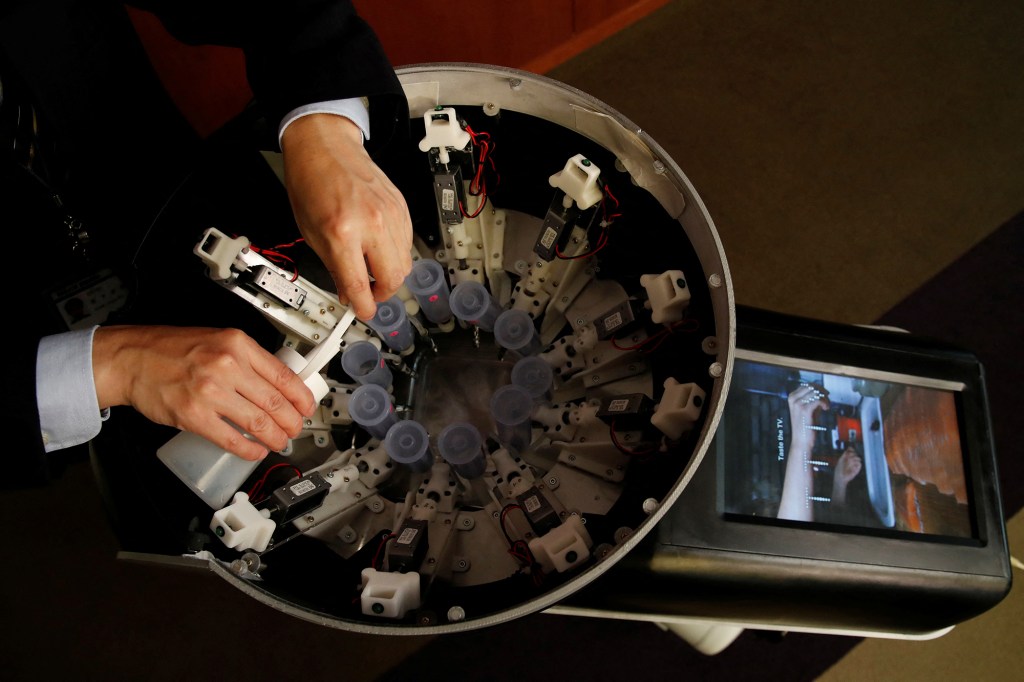 TTTV is only the latest flavor-based creation from Miyashita and his approximately 30-person student team. Previous taste-focused developments have included a fork that makes food taste richer.

His new lickable screen is a one-off that he personally built over the past year. Should he scale it commercially, he estimates each unit would cost about $875 to build. 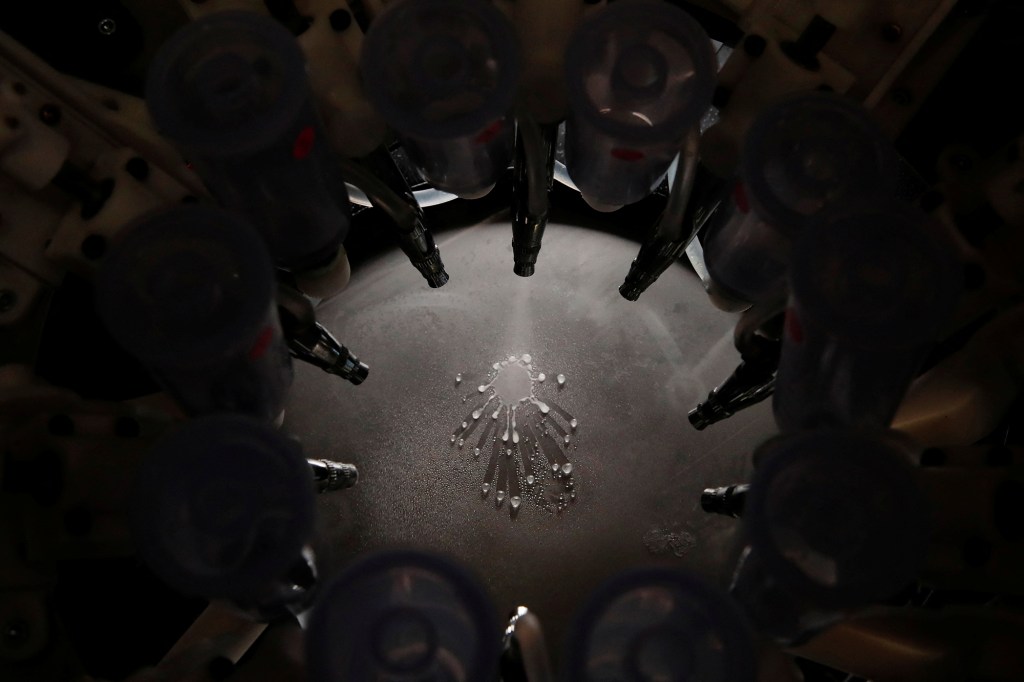 A canister of Taste the TV.REUTERS

Our favorite stories of 2021

How Meat Loaf Reacted When ‘I’d Do Anything for Love’ Hit No. 1 – Billboard