A win, but madness lurks close by — RT Games & Culture

‘The Eye of the World,’ the eighth and final episode of the first season, rolled out on Friday and tried to wrap up one story arc while setting up the next. While book purists may take issue with how that was done – and in general with the liberties showrunner Rafe Lee Judkins has taken with the source material – it is worth noting that Jordan himself wasn’t terribly happy with the ending of his first book in retrospect. Perhaps the changes here will work out for the better.

Properly adapting an epic series with over 2,000 named characters, told in over four million words across 15 books and more than two decades, was always going to be a challenge. It stood to reason a lot of side plots, character building, and even characters themselves would be left out for the sake of time, space, and casting budgets. The trick is to weave the pattern in such a way that the end result looks substantially the same.

Peter Jackson caught a lot of backlash from Tolkien fans over his ‘Lord of the Rings’ adaptations, less for cutting some parts out than for choosing to embellish others by going beyond the source material and bringing in modern sensibilities. This was taken to an extreme in ‘The Hobbit,’ which is widely considered inferior. Judkins would do well to learn from Jackson’s mistakes, even as he seeks to emulate his success.

Amazon’s little “x-ray” extras – which ought to be made easier to find and view later – prove that a lot of love is going into making the show. Costume designers, for instance, used a map of which nations and regions of Earth to use as inspiration for costuming and designs. Now if only they would give up the forced “diversity” of people inhabiting those places and recognize that Shienarans, Andorans, Cairhienin, Tairen, the Aiel or Seanchan all look different, and not just by the clothes they wear… 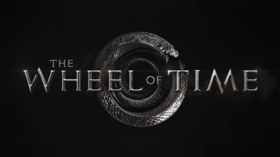 Further complicating things is when a major member of the cast leaves under mysterious circumstances, as was the case with Barney Harris. His departure, for whatever reason, removed Mat Cauthon from the finale. As Brandon Sanderson – who was brought in to finish the books after Jordan’s untimely death – explained in a recent podcast, Mat is something of an audience stand-in. Sanderson got a lot of grief for getting Mat’s tone wrong in the first of the books he wrote, yet that’s nothing compared to what Judkins and his team have done to Mat and his family in the show. Donal Finn, who has been recast as the character, has his work cut out for him, and season two will have a lot of mending to do.

On the other hand, there will be a season two. For all of WoT’s missteps, it has achieved considerable success among both critics and audiences. Sure, it’s not quite ‘Arcane’ – the smash hit Netflix animation based on the ‘League of Legends’ video game – but neither is it the utter failure ‘Cowboy Bebop’ turned out to be, or the ‘Matrix’ sequel that just came out. Perhaps because Judkins genuinely likes the source material and isn’t out to subvert it at all cost. It’s amazing what not hating the story one’s telling can do.

At the end of the day, the fact remains that Jordan created a rich tapestry of places, characters, and events that the show can draw from, without “improving” upon it with love triangles pilfered from young adult romance, or postmodernist cliches from critical race theory handbooks. Judkins will no doubt continue to be under great pressure of the Woke Man’s Burden and conform the show to outside political and cultural considerations. It would behoove him to see it much like the taint on saidin, a madness that should be resisted for the sake of telling the story he originally fell in love with.

It’s quite ironic that the show is basically facing the same problem as the Dragon Reborn. But the Wheel weaves as the Wheel wills, and it’s a long way to the Last Battle yet.

Newly Discovered Species of Ichthyosaur Was Behemoth of Dinosaurian Oceans

Despite a winning record and MVP, Bryce Harper and Phillies right back where they started