The pre-Christmas haze is beginning, in which life feels like a blur of Love Actually quotes, mince pies for breakfast and taking a midday bath because, well, why not? If escaping the conflict over who opened the cheese and crackers before Boxing Day (no comment) is slowly becoming more essential than ever, look no further for 10 fiction podcasts perfect for a morning walk that will have you smashing out 10k steps in no time- ideal for digesting said cheese and crackers, sorry not sorry.

From gripping to gruesome and emotional to inspiring, there’s something for everyone in the world of fiction podcasts to capture your imagination and transport you out of Crimbo Limbo and straight into another world entirely. Just make sure to look when you’re crossing the road on said dew-soaked walks, okay?

Welcome to BBC Radio 4’s innovative new podcast – Forest 404! This immersive sci-fi thriller is set in the 24th century, in a version of the world in which forests have been erased from history after a data crash called The Cataclysm. Spanning 9 episodes, the story follows protagonist Pan as she discovers a set of sound recordings of rainforests – places that no longer exist – which prompts her to look for the truth about how the old world died. If you can’t get enough of this sci-fi lover’s dream you’re in for a treat, because each drama episode also has an accompanying talk with a diverse range of speakers including musicians, bio-futurists, anthropologists and tree-climbers that really bring this story to life! 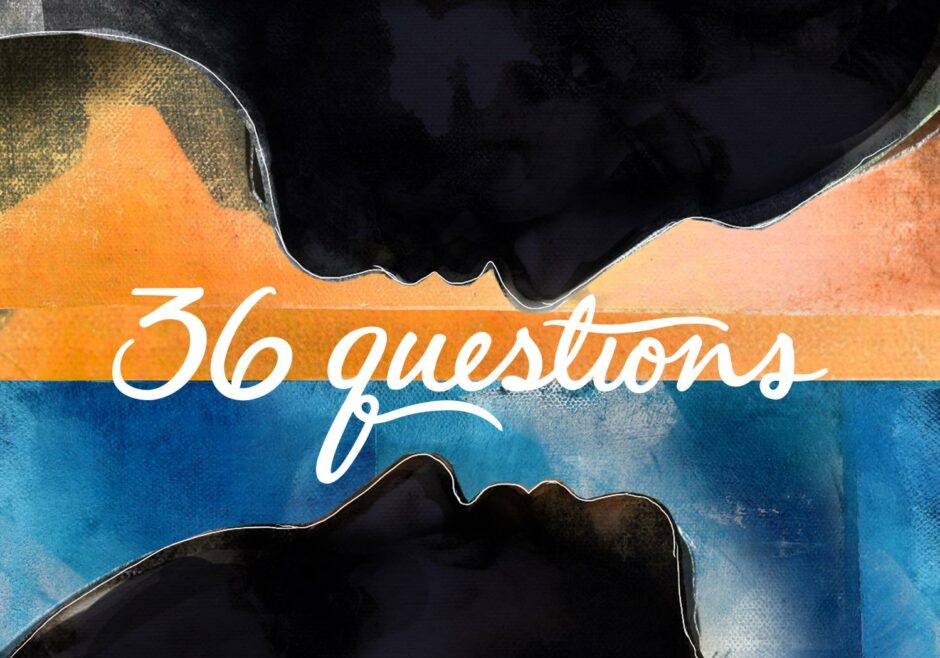 Hopeless romantics and musical lovers pay attention, this one’s for you. Released in three 50 minute-long acts, this audio-only musical follows estranged husband and wife, Jase and Judith, on the quest to try and save their crumbling marriage with a set of 36 questions designed to make couples fall in love. Including the star of Hamilton, Glee and Mindhunter, Jonathan Groff, the podcast truly feels like you’re enjoying a movie or broadway show for your ears without needing to leave your home- what’s not to love?! This hit release from 2017 is still as impactful now as it was upon the first release, and covering themes such as identity, oneness and the longevity of our romantic relationships, it’s the perfect Christmas to New Year limbo listening for those feeling reflective. 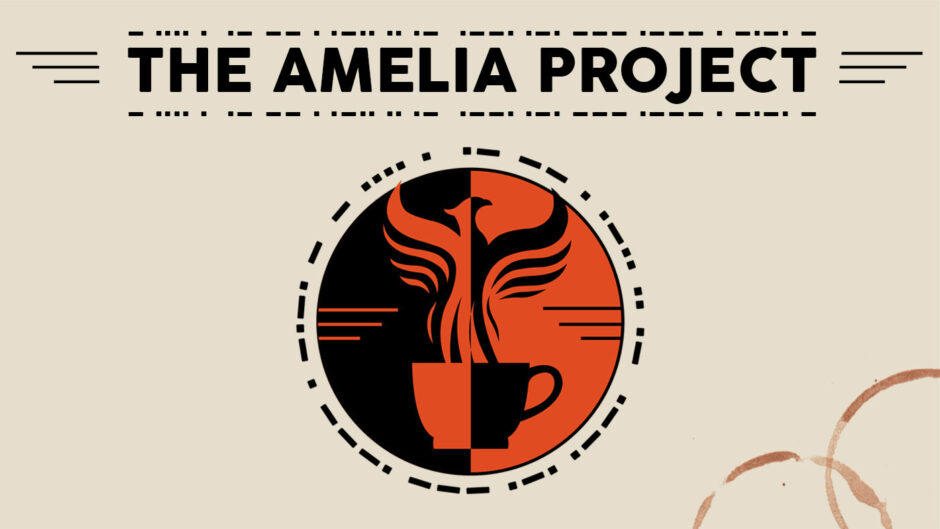 Winner of 2020’s Audio Verse Awards and 6 other awards including Best Audio Play Production and Writing of an Audio Play Production, The Amelia Project is a dark comedy podcast about a secret agency offering a very special service: faking its clients’ deaths and bringing them back with a new identity. The series starts with a succession of interviews with clients including cult leaders, scientists, politicians all desperate to disappear before a broader narrative begins to emerge. With an average of 4.8 stars out of 5 on iTunes, start your fiction listening with the best of the best and dive straight into the 46 episode long back catalogue. 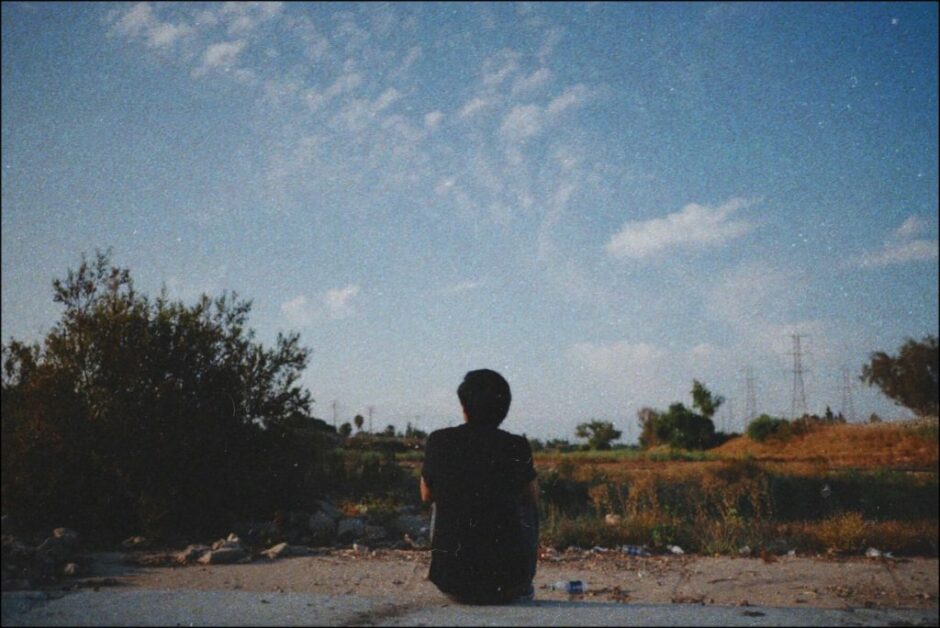 Seeking a podcast storyline that stays with you? Moonface is for you. The six 20-30 minute episodes follow Paul,  a first-generation immigrant and gay man, as he navigates living at home with his mother who is unaware of his sexuality, mainly due to their language barrier: she doesn’t speak English and his Korean is somewhat lacking. The podcast follows Paul’s struggle with finding himself and trying to maintain an honest relationship with his mother- something writer James Kim has felt within his personal life too:

“So, I took it from my own experience of not being able to speak to my parents, because my mom doesn’t speak much English and I don’t speak Korean. I played around with that idea and thought, `you know, maybe it’s that this character needs to tell this person something, but they can’t because they don’t speak the same language.”

Raw, thought-provoking and poignant, Moonface is the perfect listen when you’re seeking a podcast to cut through the noise and keep you enthralled throughout. If you miss your stop on the bus, we apologise. 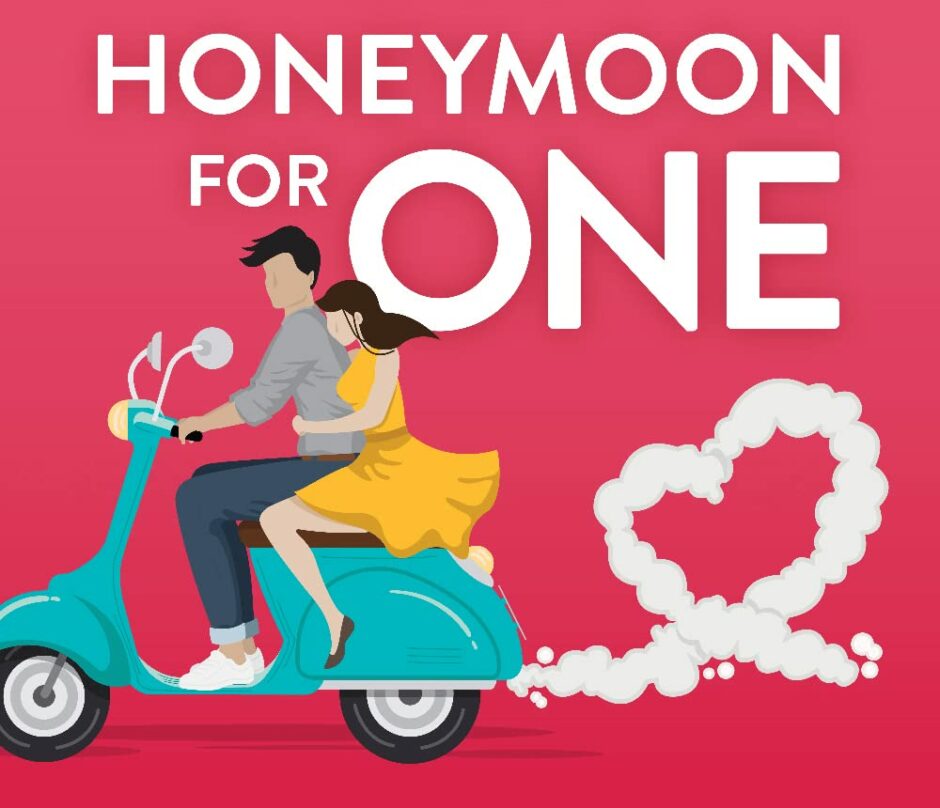 Following the story of 28 year old Claire- a soon to be married woman who catches her fiance cheating on her the week of their wedding- the 7 episode series sees her jet off on her non-refundable honeymoon regardless, but instead alone. If you fancy being transported out of the dismal state of affairs we’re currently experiencing and dropped off somewhere in an Italian summer’s dream then look no further – true escapism at its peak. 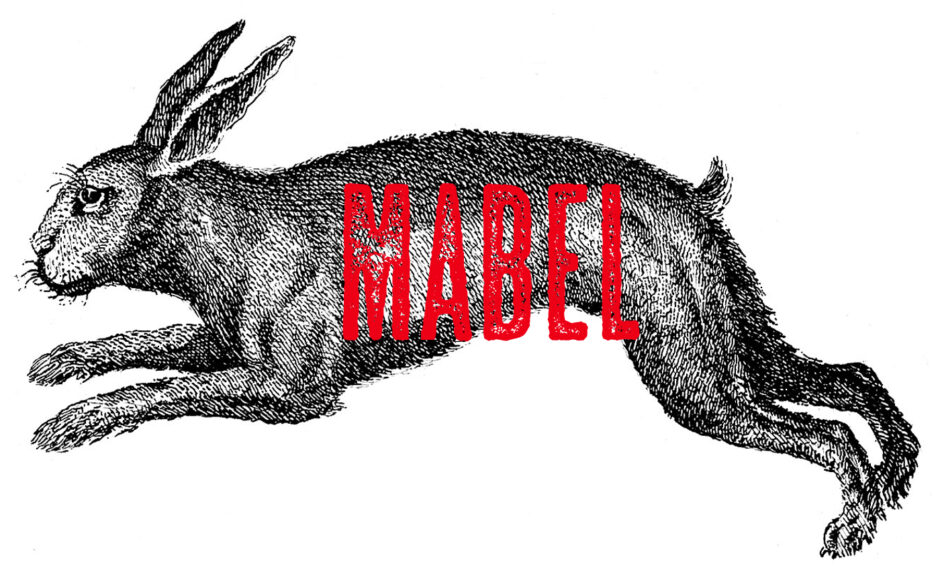 With 40 episodes in total, you won’t be left without plans this Christmas if bingeing a podcast is a pastime you’re seeking. Mabel is a listen with a spooky sentiment, focusing on all things ghosts, missed connections, family secrets and homes with unknown entities. Anyone else feeling a cool chill all of a sudden? The story follows Anna Limón, a nurse, trying to get in contact with Mabel Martin, a missing person, and the twists, turns and treachery that ensues thereafter. With themes of magical realism transporting you to a land in which otherworldly presences aren’t so uncommon, expect goosebumps! 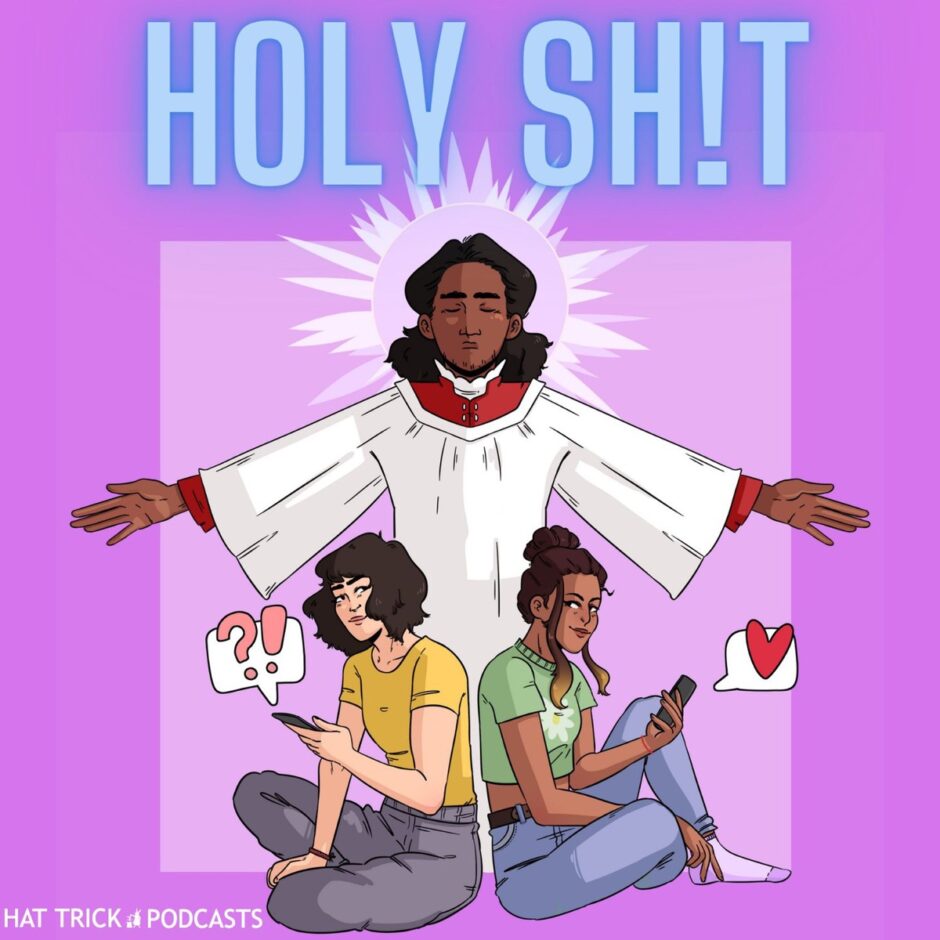 Holy Sh!t is a comedy podcast about female friendship, sex, betrayal and Jesus, told entirely through Whatsapp voice messages. Meg and Lydia have been besties forever- the only difference being Lydia believes in God and hard work and Meg believes in jazz and sexual freedom. As they study apart at different universities, the podcast is formed of a series of hilarious voice notes that sum up what it means to be best pals. Avoid listening on the bus if you don’t fancy stifling laughter into your mask. 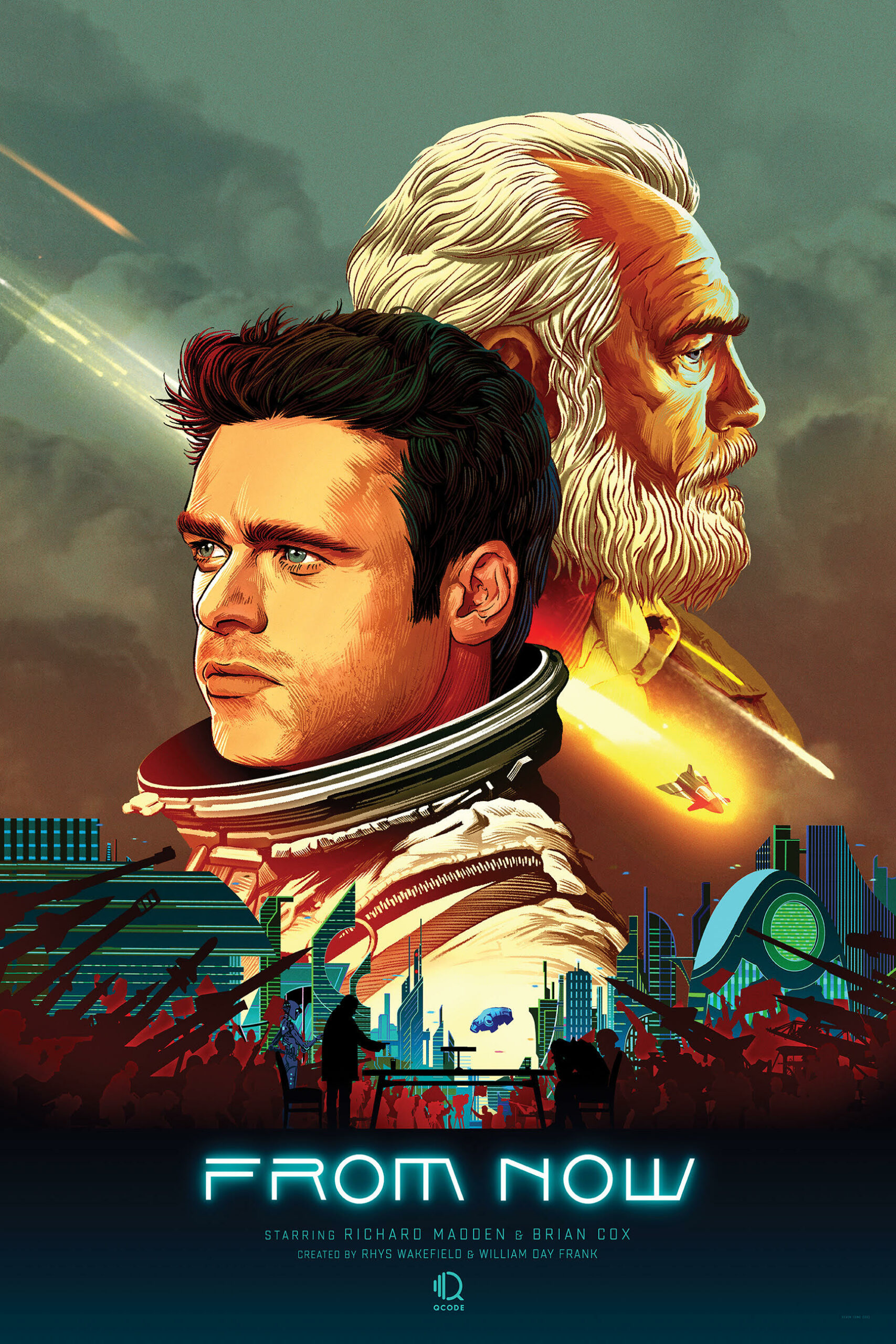 Lost spaceship, USS HOPE, suddenly returns to Earth after vanishing thirty-five years earlier, but when the lone survivor disembarks mysteriously​ looking the exact same age as when he left, a media frenzy ensues​. When he finally reunites with his formerly identical twin brother (now an old man), what starts as a joyful reconciliation soon leads to dark revelations that threaten their relationship — and the future of humanity. Starring Richard Madden (side eye emoji) and produced by Brian Cox, this star-studded 6 episode series is intense, immersive and suspenseful – you won’t believe it’s simply audio! 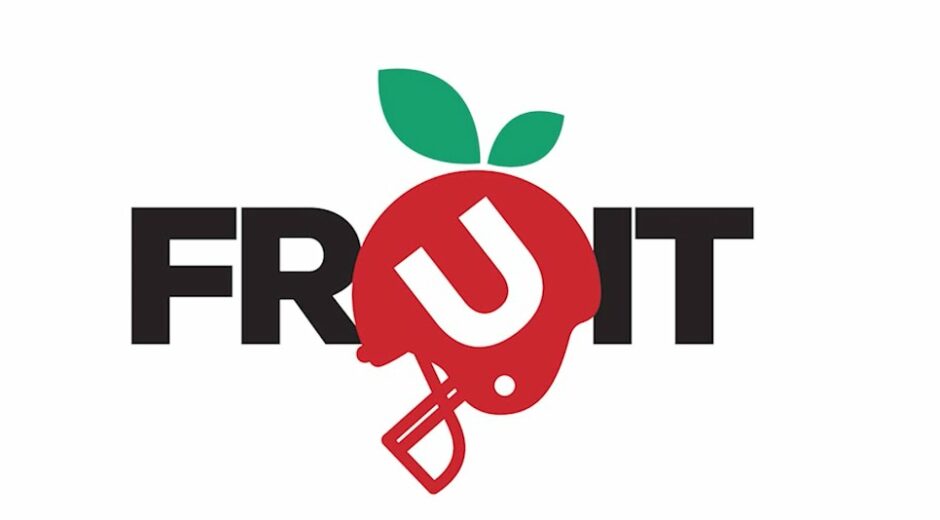 Fruit follows the journey of a professional football player, X, through his sexual exploration as a gay man and his battles with self-identity both on and off the field. The first-person narrative chronicles X’s relationship with his friends, teammates and family and the challenges that arise from the alpha-male dominated industry of professional sports, and the contrasts with his personal life and struggles. From Issa Rae, creator of Insecure on HBO, the reviews of Fruit are full of ‘More episodes please’, ‘I need more!!’ and 5 stars all around. You won’t be disappointed! 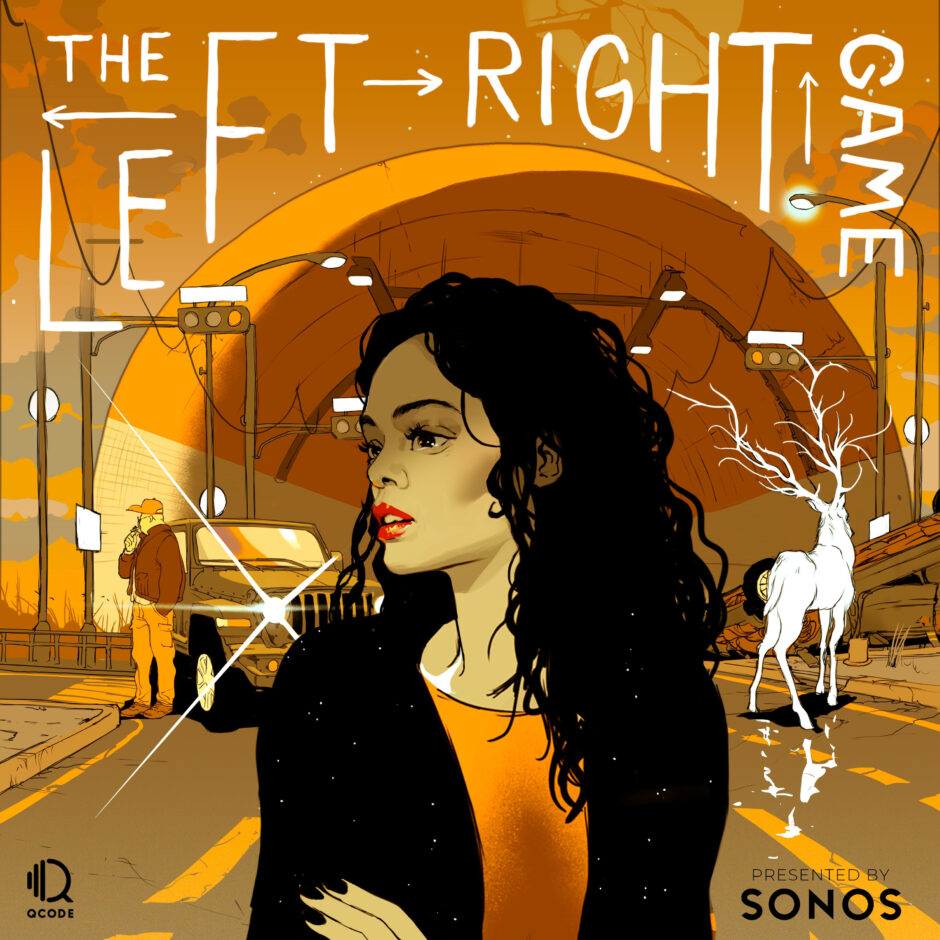 An idealistic young journalist, played by Tess Thompson, is trying to make a name for herself by following a group of paranormal explorers, obsessed with a seemingly harmless pastime known as the Left/Right Game. But the quest for the perfect story takes her into a supernatural world that she and the other members of the expedition can neither handle nor survive. This 10 episode series has been uniquely adapted from a Reddit post, and with 4.5 stars from nearly 300 reviews on Apple Podcasts, this gripping adaption is one to start immediately for crime and thriller enthusiasts everywhere. 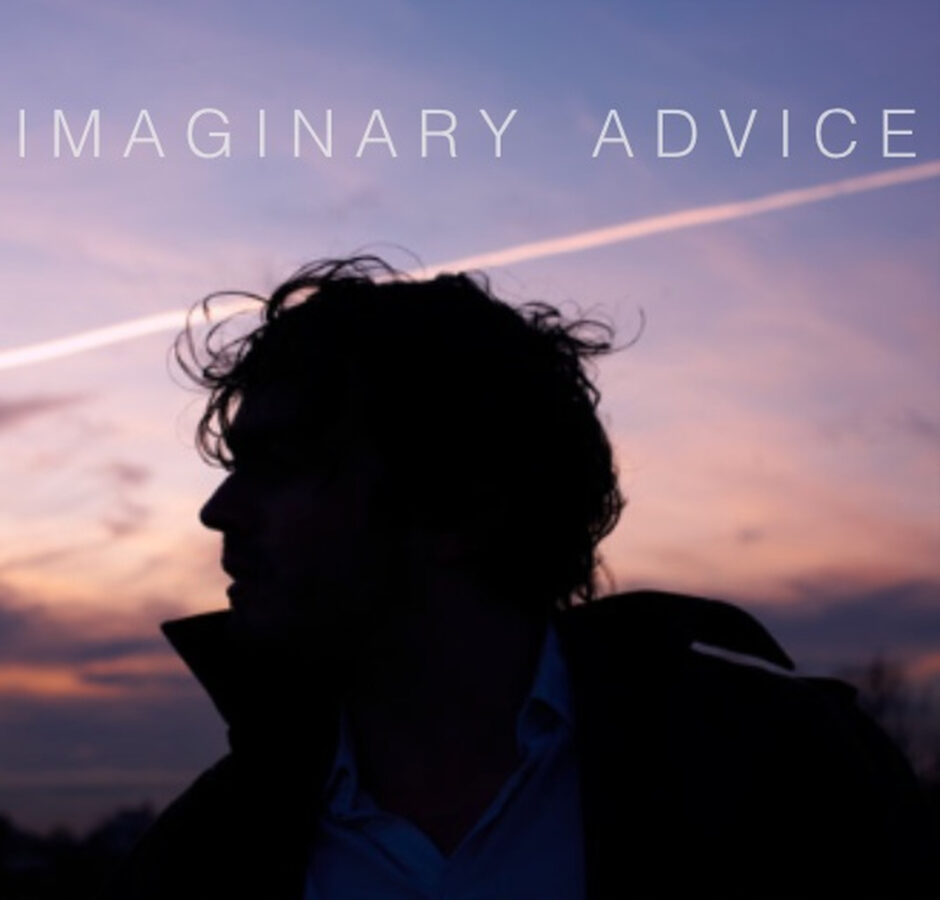 Fancy something a little different to finish? We got you. Imaginary Advice is a collection of audio-fiction experiments in which writer and director Ross Sutherland presents a brand-new piece of writing, be it short-stories, monologues, essays or a combination of all three across 84 episodes, with more set to return in February 2022! Described as one of the best, original and creative podcasts around, it’s so good you’ll likely be tempted to add to the long list of glowing reviews yourself!

Intel faces criticism in China for telling suppliers to avoid Xinjiang labour; all you need to know- Technology News, Firstpost

5 Characteristics of Emotions Every Mature Man Should Know

10 Micro-Habits That Will Transform Your Life

How To Stick To Your New Year’s Fitness Resolutions