Even a lump of coal in their Christmas stockings would be better than this — because they could burn it for warmth!

One day before Christmas Eve, more than 3,000 public-housing residents faced the possibility of a silent, holy — and frigid — night due to a lack of heat in their apartments.

“All I want for Christmas is some heat and a little hot water,” Steven Tellie, 69, fumed Thursday.

Tellie, who lives in a seniors-only building at the Bronx River Houses complex in Soundview, said he complained to the troubled New York City Housing Authority when the heat went out two weeks ago and has called “at least 10 times” since then.

“A couple of residents aren’t inviting their families over for Christmas anymore because they won’t be able to keep the kids warm.”

Tellie added: “A lot of people keep their stoves on to keep warm but that ain’t no good because the carbon monoxide is a silent killer.”

Bronx River Houses resident Steven Tellie says many freezing residents are turning on their stoves all time even if “carbon monoxide is a silent killer.”Robert Miller

Neighbor Odell Griggs, 77, said he’s been spending his days in a recliner he moved near the kitchen, where all four burners on the stove were blazing — despite the safety hazard.

“I leave the stove on day and night, even when I am asleep,” he said.

“Without the stove, I would die in here.” 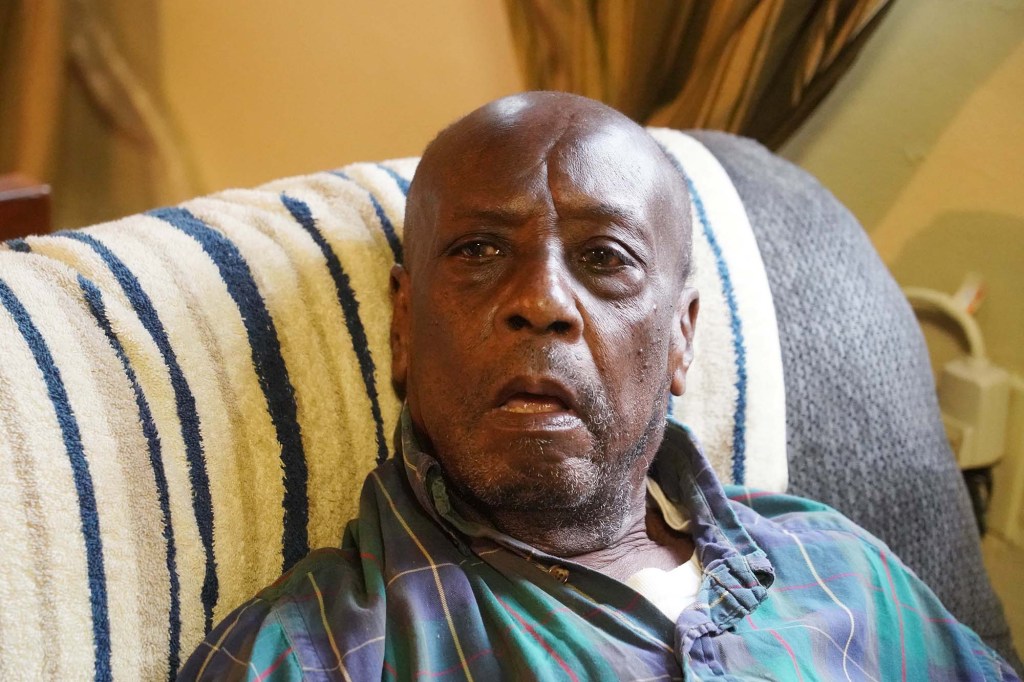 Bronx River Houses resident Odell Griggs has resorted to sleeping in his kitchen while heating is unavailable.Robert Miller

A notice taped up in the 70-unit apartment building Thursday warned that there would be no heat “until further notice” and suggested residents keep warm in a nearby community center.

“Sorry for any inconvenience this may have caused,” the notice added.

Tenants also said there was no hot water, an assertion confirmed by a Post reporter who felt a hot-water tap run cold for more than a minute. 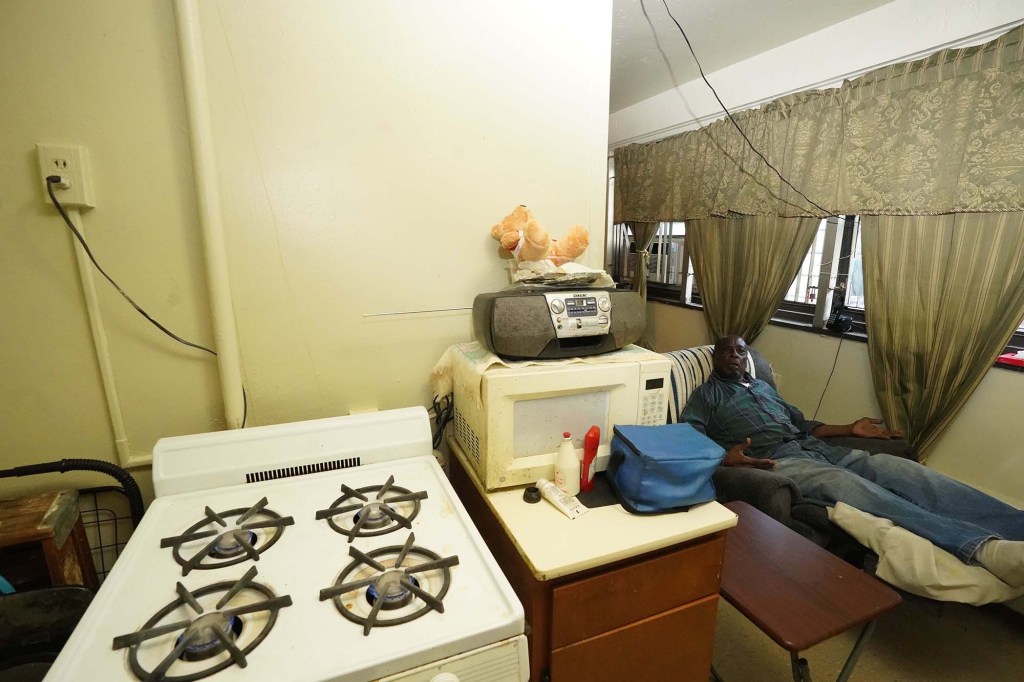 Bronx River Houses resident Odell Griggs lies on a recliner by his burning kitchen stove, even when he sleeps at night.Robert Miller

Meanwhile, the entire 20-building Woodside Houses complex in Queens — home to nearly 2,900 tenants — was also without heat and hot water Thursday, according to NYCHA’s website.

One resident, a dad who declined to give his name, said the outage began Wednesday morning.

“It’s an ongoing problem. It’s especially hard when the temperature drops below a certain point,” he said. 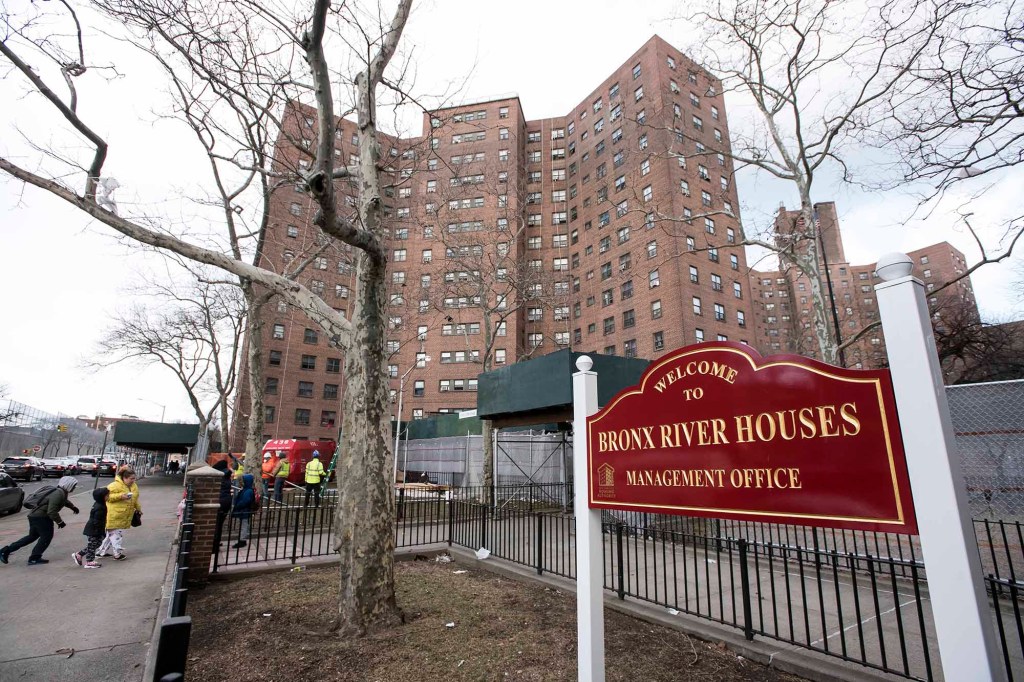 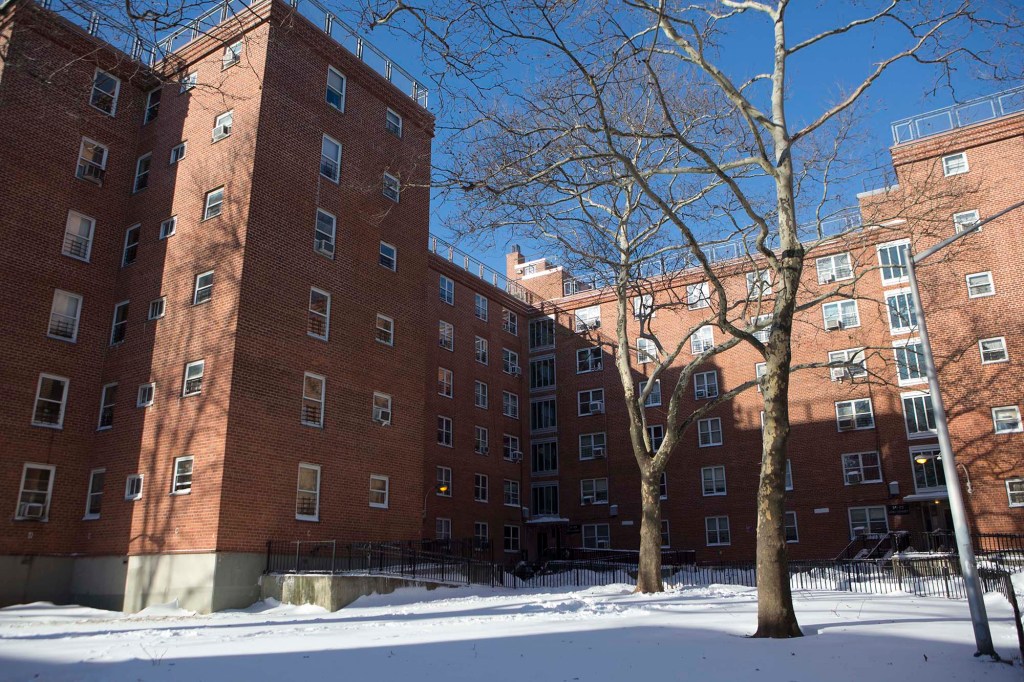 A Woodside Houses resident says it’s hard to live inside the NYCHA unit when “the temperature drops below a certain point.”James Messerschmidt

“It’s terrible. For this to happen around Christmastime is unacceptable. It’s no way to spend the holiday.”

The NYCHA website said the “entire development” outage at the Woodside Houses was reported at 9:45 a.m. Thursday and that a third heat-and-hot-water outage, at Building 8 of the Forest Houses in The Bronx — home to 170 residents — was reported at 5:59 p.m. 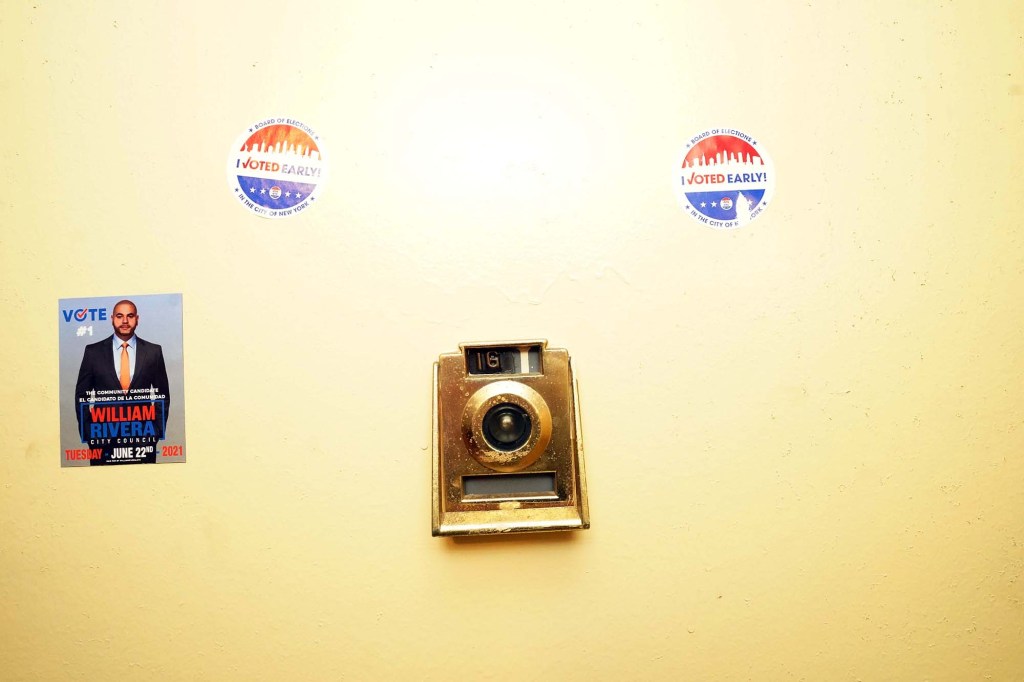 The New York City Public Housing Authority has advised residents that there will be no heat with no response announced.Robert Miller

The lack of heat at the Bronx River Houses building was reported only at 10 p.m. the day before, according to the site, which doesn’t note any lack of hot water.

“NYCHA is covering themselves,” said Norma Saunders, president of the Bronx River Houses Tenants Association. “NYCHA knew about this before yesterday.”

A NYCHA spokesperson said temps measured in the Bronx building between Dec. 15 and Monday showed “sufficient heat” and blamed the situation on a “riser leak that requires asbestos abatement,” which was reported Wednesday night. 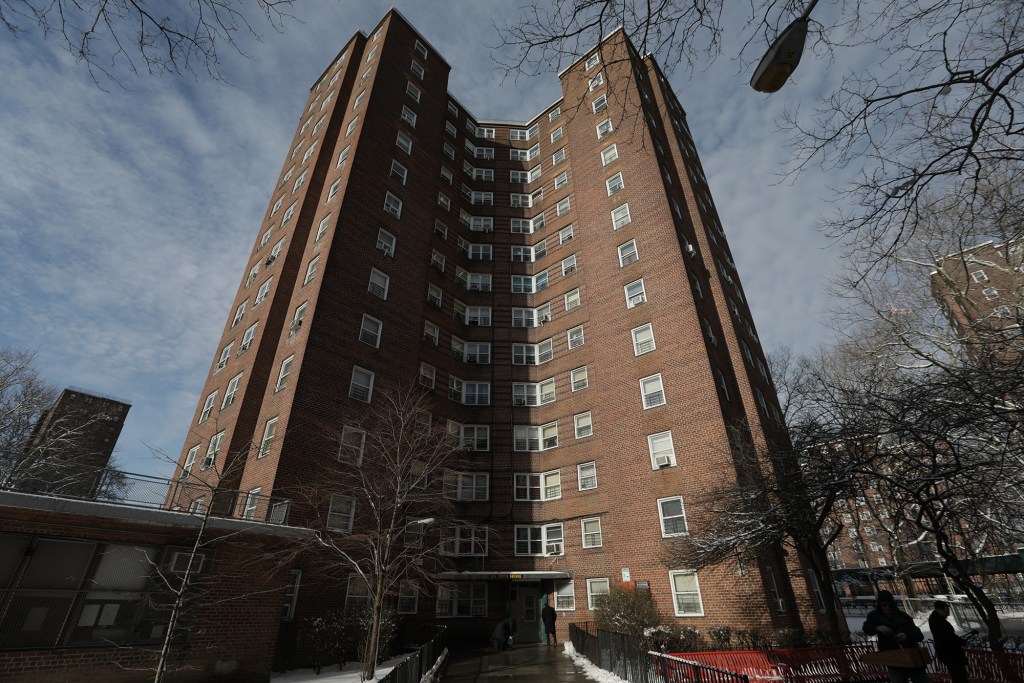 The Forest Houses in the Bronx are experiencing heat-and-hot-water issues.Stephen Yang

Subsequent requests for comment about the situations at the Woodside and Forest houses weren’t immediately returned.

What is the nuclear risk in Ukraine? Radiation expert Vadim Chumak speaks from Kyiv about his fears.