Jay-Z Makes It Official: This Is the Year of the Cartier Crash

If it wasn’t already clear when a Cartier Crash sold for a record-setting $225,000 at auction, or as the camera lingered over one in Tyler, the Creator’s “Lumberjack” music video, this week Jay-Z cemented what watch collectors have known for some time now: we are living in the year of the Crash. The watch, a purposefully misshapen oddball said to be inspired by a Cartier Tank that was damaged in a car crash, has become one of the hottest pieces on the planet.

One early proponent of the watch was Kanye West—he wore the Crash when he went on David Letterman’s Netflix show in 2019. SInce then, the watch has hardly left the spotlight. Of course, the Crash doesn’t owe all of its resurgence to ‘Ye. Watch collectors en masse are coming around to Cartier, the jeweler known for dabbling in design-forward watches. “The reason why Cartier is so hot right now is people are realizing—finally realizing— that design is just as important as complications or other attributes people usually talk about what they talk about watches,” watch dealer and Cartier enthusiast Eric Ku told me earlier this year. That’s change in attitude applies to the average collectors and guys like Tyler and Hov. Also this week, more funky Cartier pieces and Draymond Green’s on-the-nose watch. 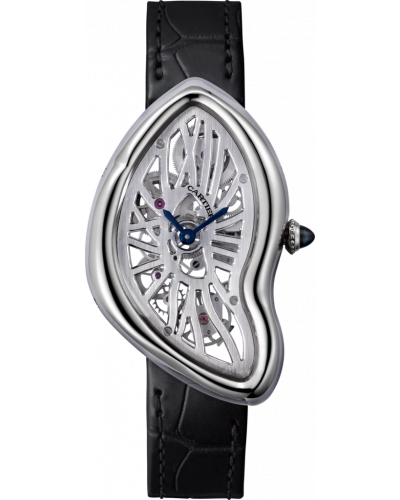 While his contemporaries gravitate towards traditional vintage pieces, Jay-Z wears a modernized version of the Crash. This skeletonized Crash in titanium released in 2015 is a relative newcomer to the Crash line. The skeleton dial adds visual intrigue to a watch that already has plenty of it. This is familiar territory for Jay-Z who has a habit of taking very nice watches and cranking them up several notches. 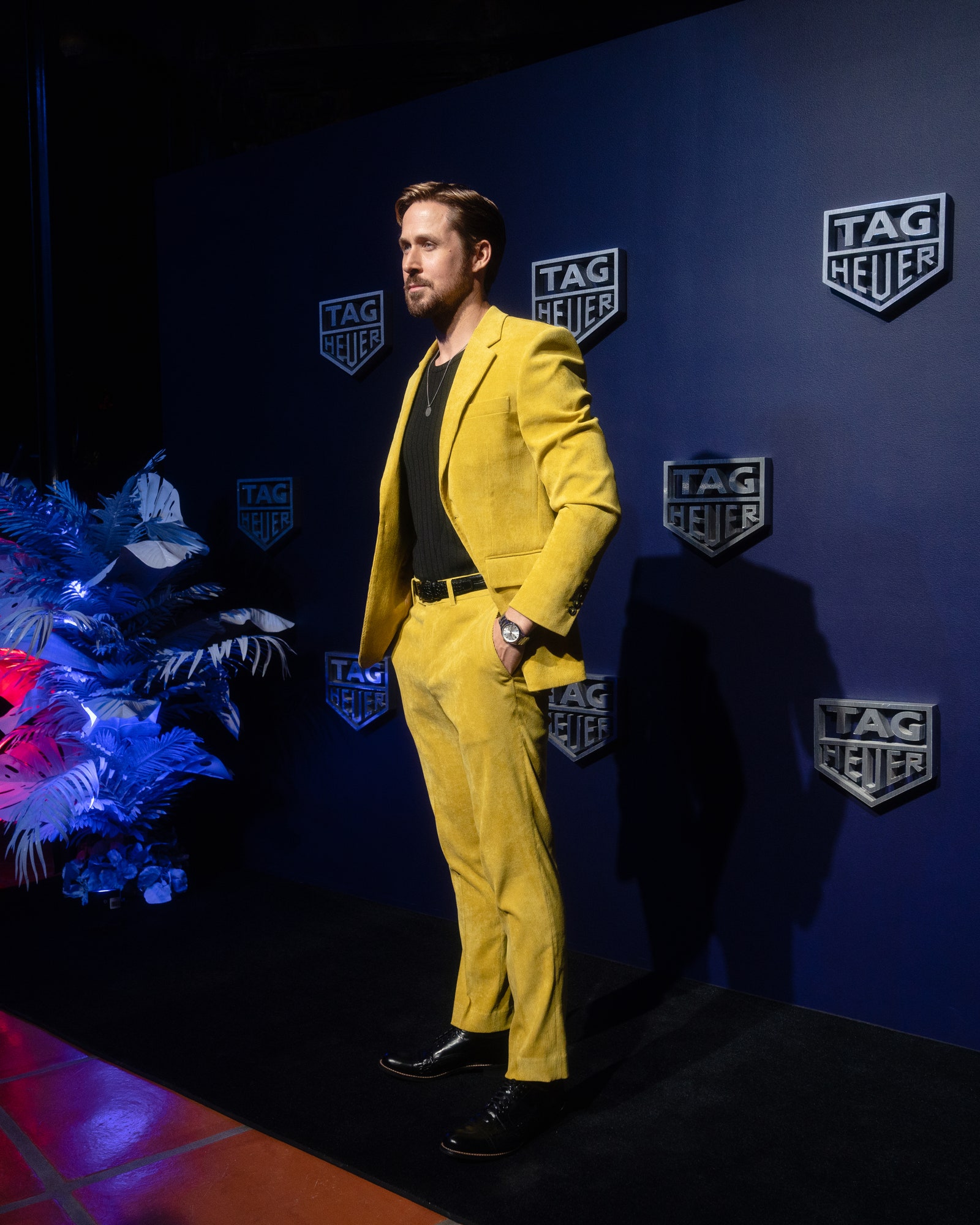 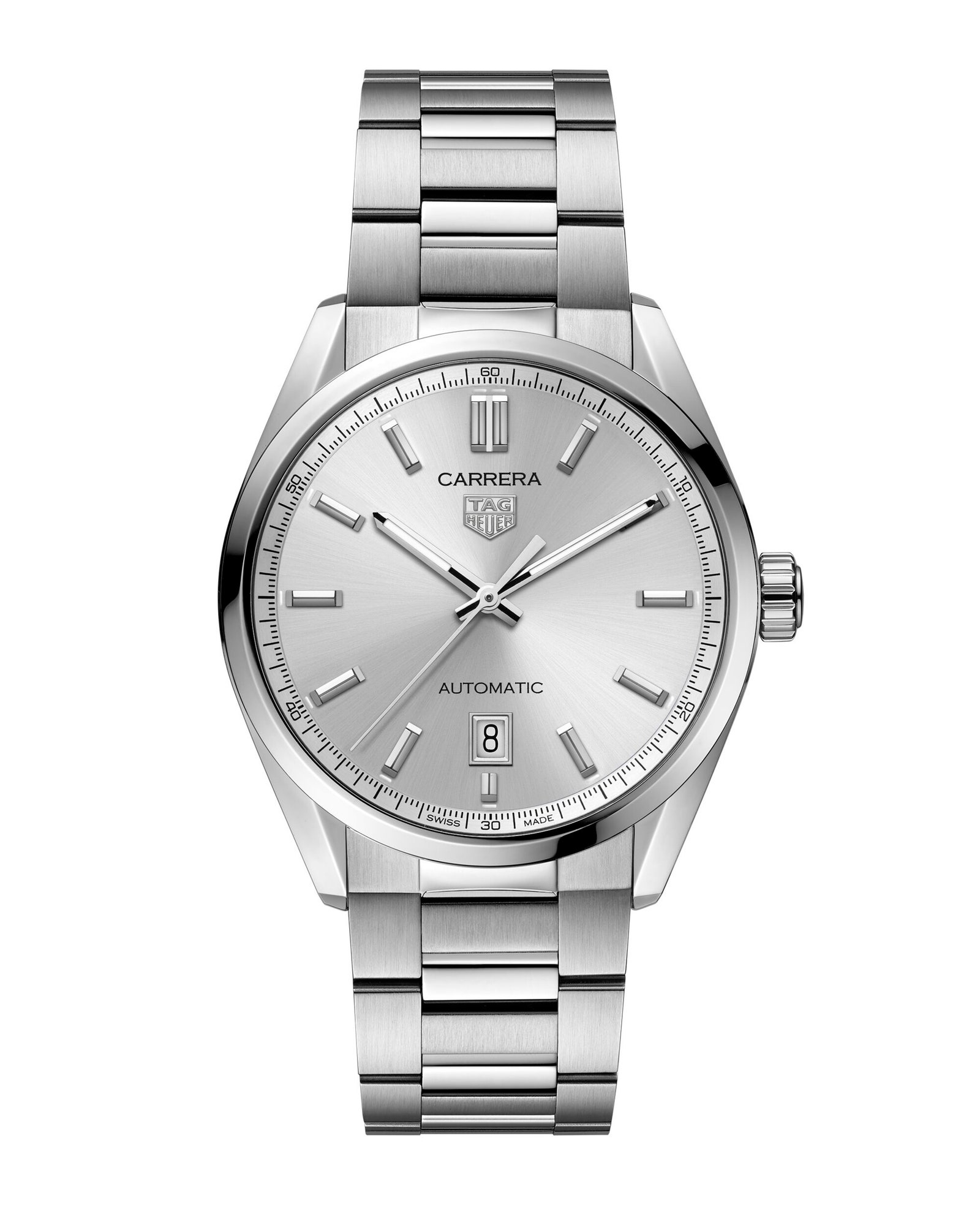 On Thursday night, at a shindig in Beverly Hills, Tag Heuer presented Ryan Gosling as their new ambassador. To celebrate the occasion, our greatest living practitioner of the penetrating stare wore the brand’s new Carrera Three Hands. The Three Hands takes the brand’s signature watch and boils it down to its essence: just a seconds, minutes, and hours hand and, on select models, a date complication. “I generally respond to the simple,” Gosling told GQ in an interview about his new partnership. 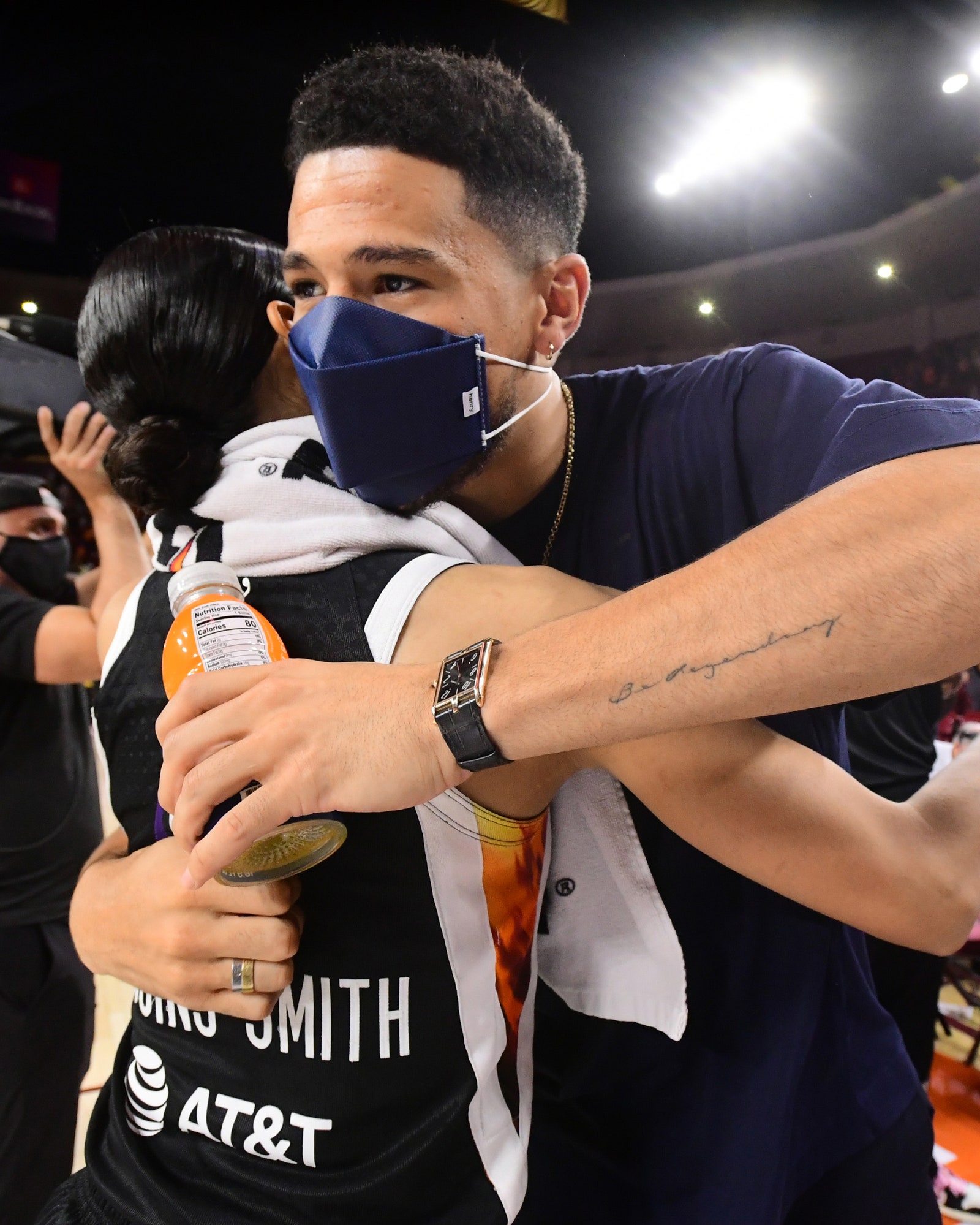 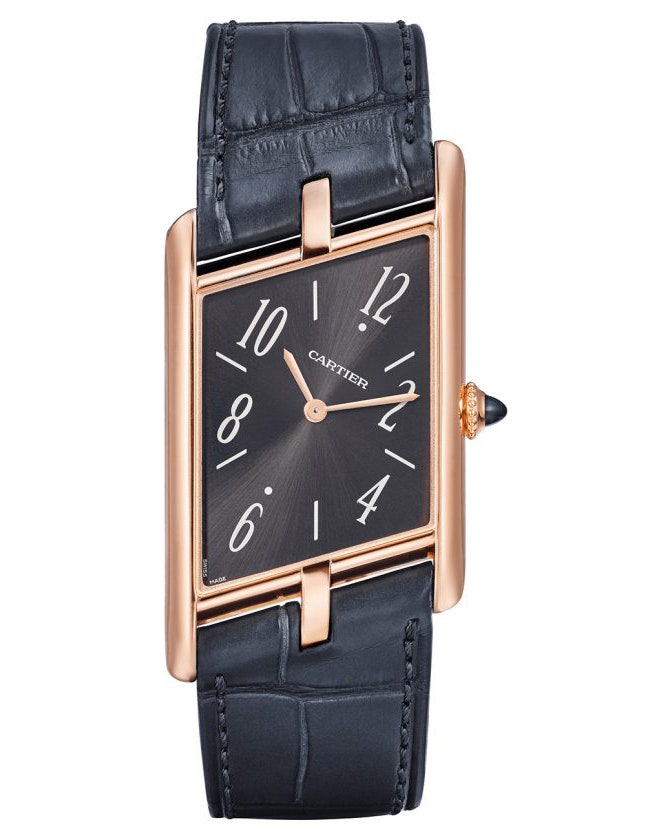 Remember what I said about collectors learning to appreciate Cartier’s kookier designs? This week, while sitting courtside at a Phoenix Mercury playoff game, Booker wore Cartier’s off-center Asymétrique. This model returned to the lineup just last year but was originally released all the way back in 1936. That’s the power of Cartier—turning decades-old designs into modern-day smashes. Honestly, the watch’s 30° tilt perfectly positions the numerals to be legible while Booker is hitting one of his borrowed-from-Kobe fadeaways. 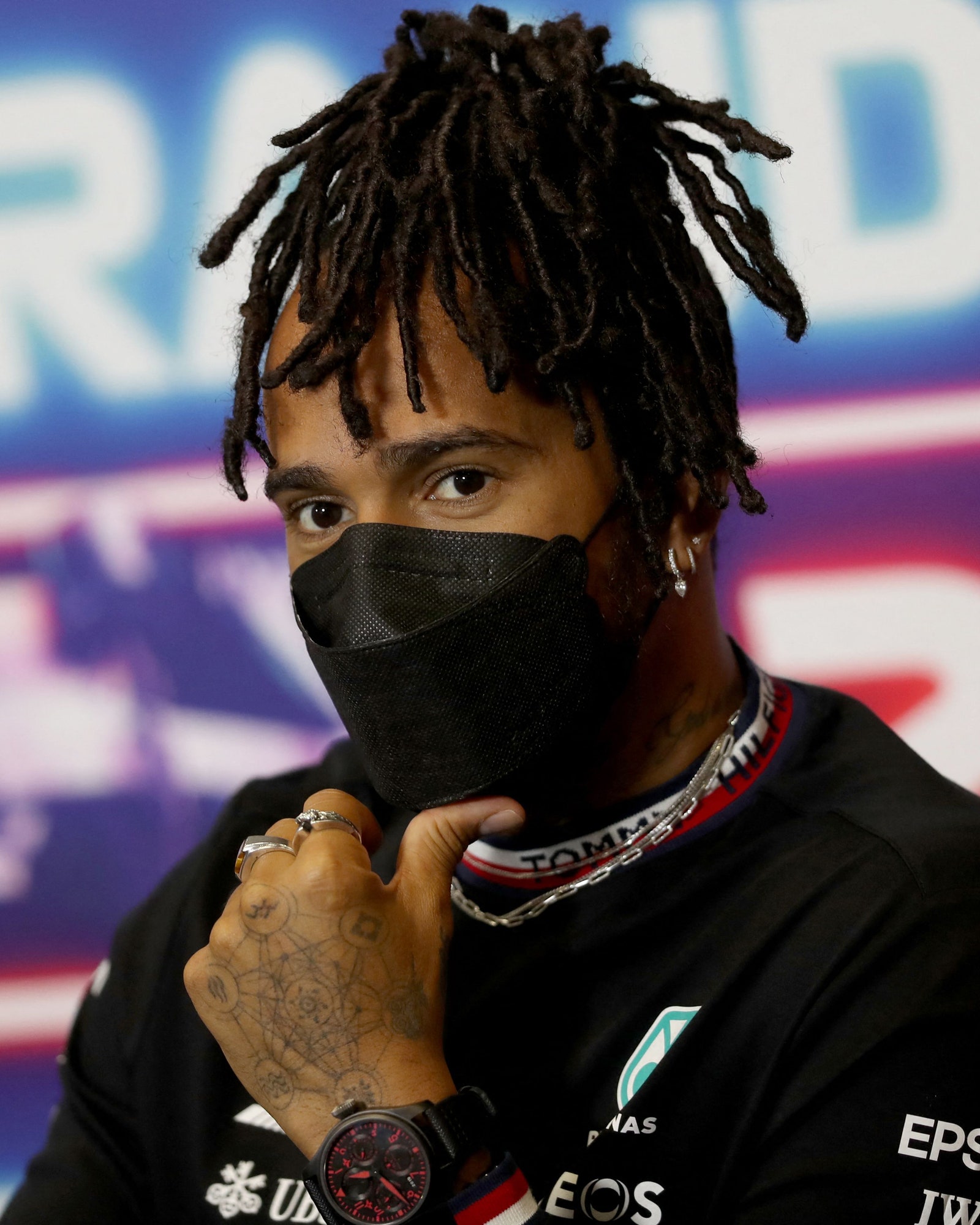 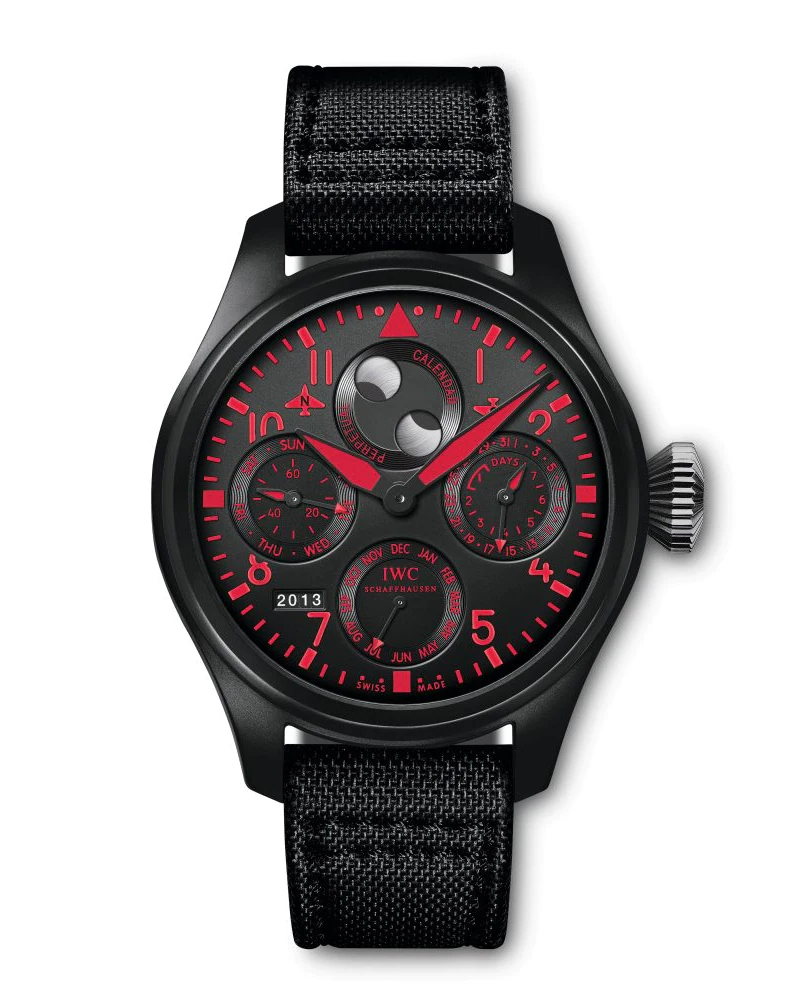 Count on Lewis Hamilton to wear the absolute coolest versions of IWC’s Pilot’s Watch. This very limited edition is designed for those steering the Death Star. Even the little details here are great: check out the two planes moving in opposite directions at the top of the dial. This is why you always reach for the watch with the longest name. (Only kind of a joke!) 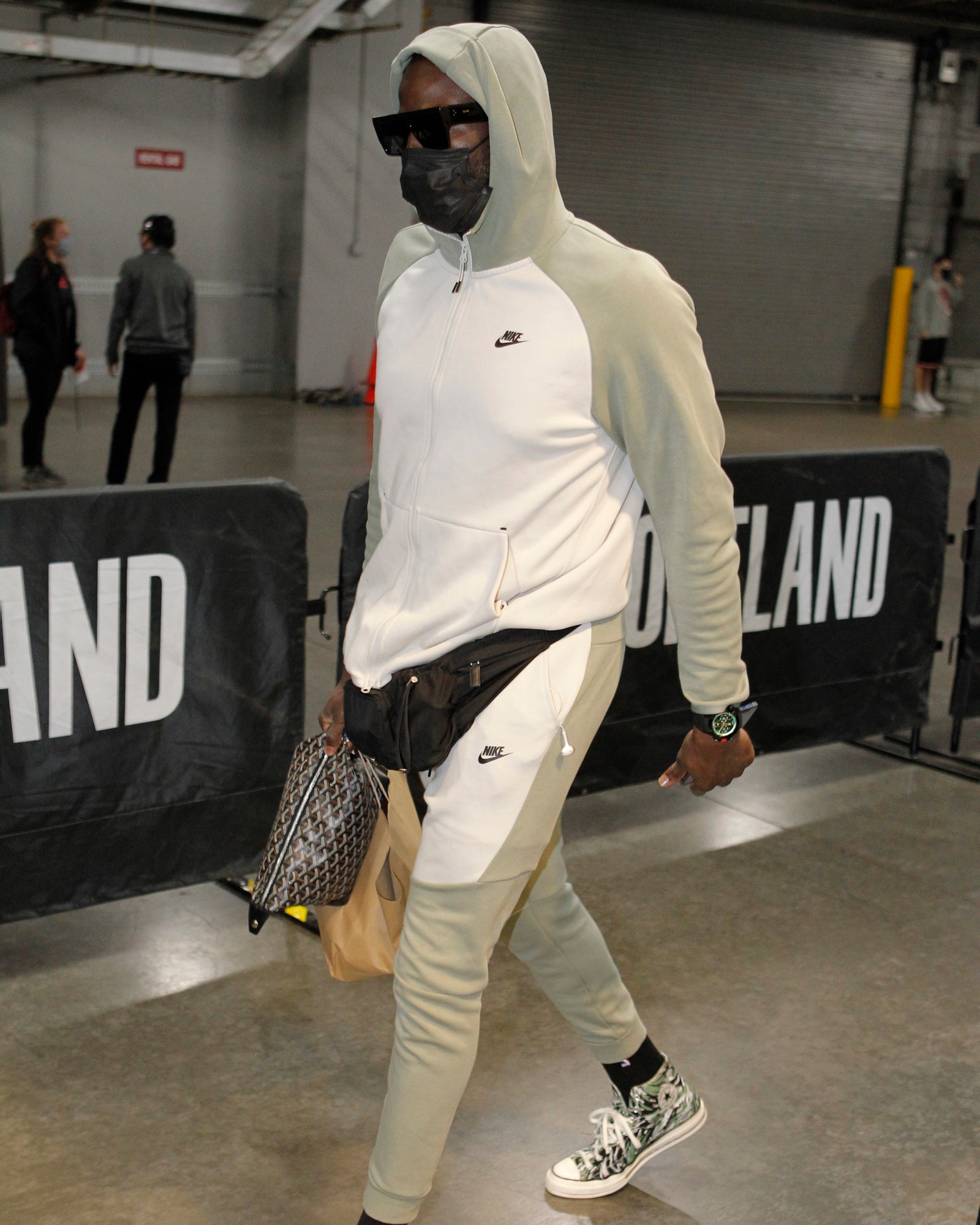 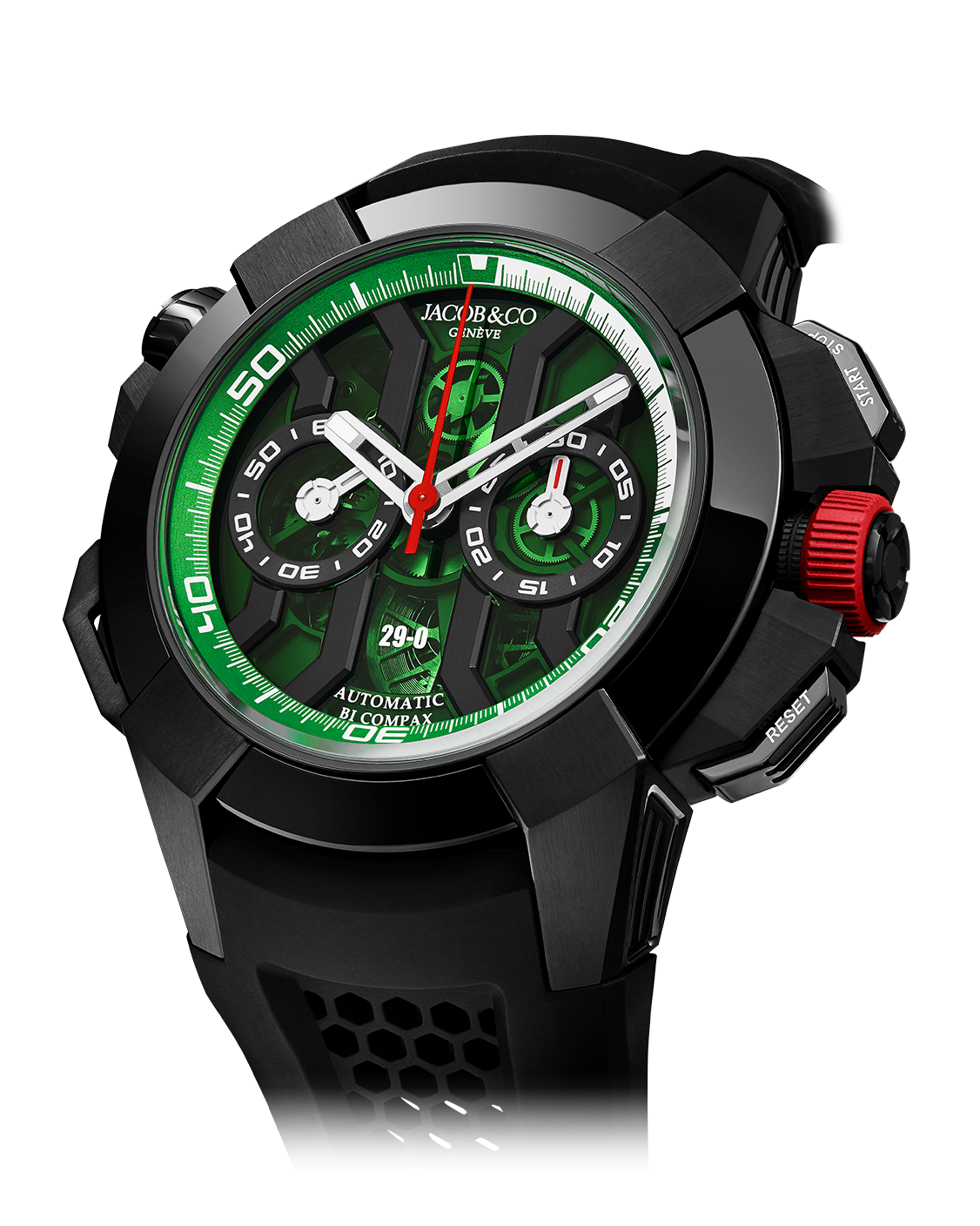 I appreciate that Draymond Green doesn’t overthink his watch collection. His last name is Green…so he collects watches heavy on green. This one, a collaboration between Jacob & Co. and former UFC lightweight champion Khabib Nurmagomedov, joins the green camo Audemars Piguet in Green’s collection. “The main reason I love [the Audemars Piguet] is just the dark green bezel,” Green said in an interview last year. “That piece just screams me. It puts me in a place of: ‘I’m Green.’” Can’t argue with him there.