NBC’s “Saturday Night Live” poked fun at unemployed brothers Andrew and Chris Cuomo as the show returned from a two-week hiatus with Billie Eilish doubling as host and musical guest.

“And we both lost our jobs because of COVID,” the brothers said.

Mckinnon, as Fauci, also enlisted “CDC actors” to enact situations that Americans might face amid the COVID-19 omicron variant’s spread. 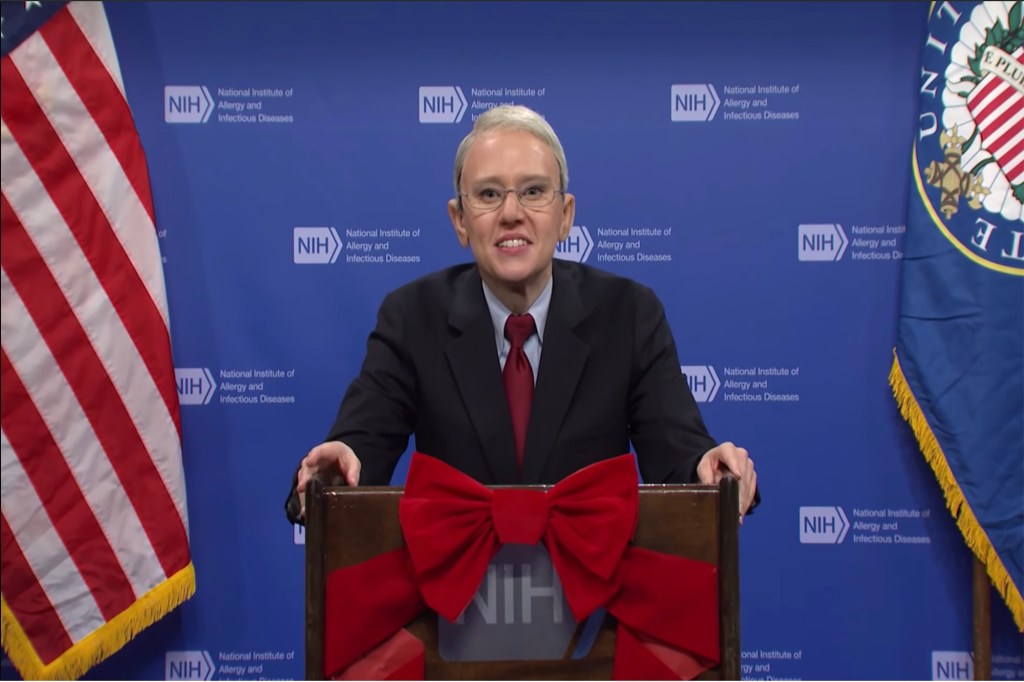 “You mean you lost the one-inch piece of paper they gave you?,” she sneered. “Then you are banished from society. Have fun living in the woods.”

Aidy Bryant, meanwhile, lampooned Sen. Ted Cruz describing how he got his revenge on the late Sen. Bob Dole, for calling him unlikable.

“This week I was the one not wearing the mask at Bob Dole’s funeral … imagine him looking down at his own funeral and the only face you can see is mine,” Bryant gloated.

Eilish, 19 came out for her monologue wearing a lacy white dress with red trim. 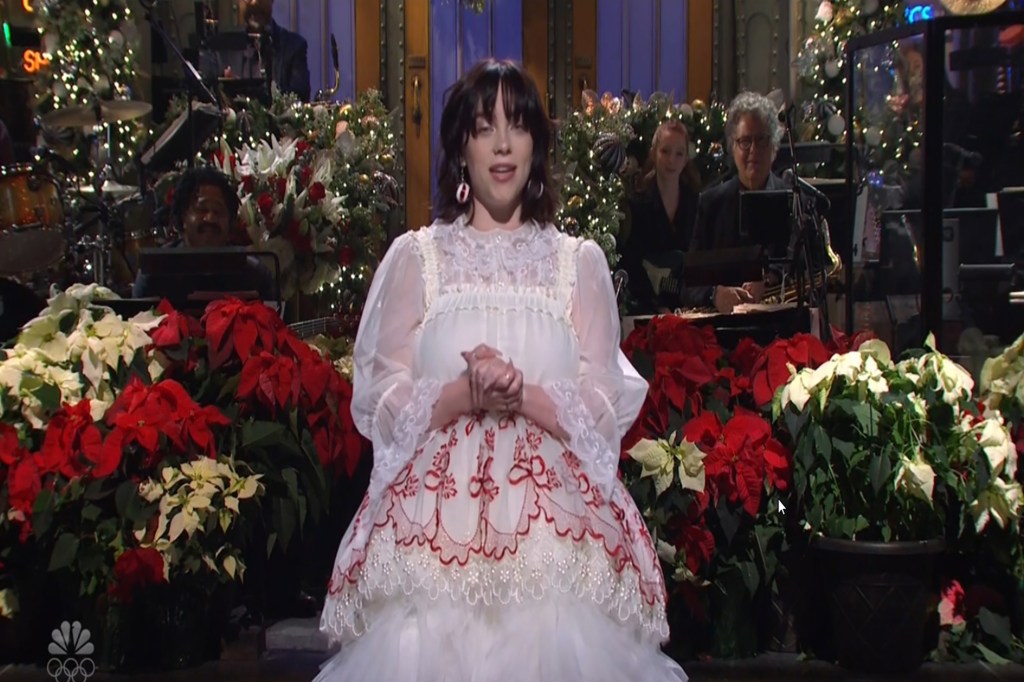 Singer Billie Eilish was tasked with hosting and performing duties during the episode.SNL / Youtube

Of her penchant for wearing oversized clothes when she was younger, she quipped: “I was actually two kids stacked on top of each other trying to sneak into an “R” rated movie.”

She then pulled up a picture of an acne-ridden bespectacled 16-year-old Colin Jost to point out that it was unfair to judge people based on how they looked at that age.

The “Weekend Update” segment took on some of the top headlines from over the past few weeks, including the Jussie Smollett verdict and spread of COVID-19 in Manhattan.

“On Thursday, a Chicago jury declared Jussie Smollett really bad at acting,” Jost said. “It’s the worst staged hate crime since my all Christian production of ‘Fiddler on the Roof.’”

“The CDC believes the omicron variant was first appearing during a recent anime convention in New York. Damn. The one time they leave the house, Michael Che cracked.

“After CNN fired Chris Cuomo it was revealed that he was accused of sexual misconduct just like his older brother. Well, those two are quite a pair, Cuomo said to a female co-worker,” Che joked.

“What better way to remind you that I met a celebrity at a restaurant 11 months ago than putting it on my Christmas card?,” Punkie Johnson said, adding that she only got the pop star to pose for the pic by accusing her of being racist if she didn’t.

Eilish played a teen who invited a lonely neighbor (Mckinnon) over for Christmas dinner, only to discover through a series of handwritten messages that the woman is a bigoted schizophrenic killer.

The teenage singer-songwriter was introduced by her parents as she took the stage to give dynamic performances of the title track of her new record “Happier Than Ever,” and album closer “Male Fantasy.”

Eilish also portrayed a festive lounge singer who fronted a group of female singers who all had bad awkward experiences with Santa, played by Kennan Thompson.

Our Homemade Air Fryer Banana Chips are Crispy and Delicious