This Brooklyn teenager wants New Yorkers to go elf themselves this holiday season.

Enterprising “Chief Elf” Sophie, a 15-year-old from Cobble Hill, told The Post she is hosting the city’s first-ever ElfCon this weekend, an event she billed as a “kid-friendly hot cocoa crawl” — or a journey that’s just a little less jolly than NYC’s annual, boozy SantaCon.

The 10th-grader, who chose not to reveal her last name for privacy reasons, hopes the event will attract families dressed as elves for a tour of the city’s finest winter dens when it kicks off at 10 a.m. Sunday in Union Square Park.

Of course, as is the reason for the season, the jaunt will spread the holiday spirit as a charity fundraiser, too, for groups including LGBTQ youth advocacy organization The Trevor Project and Making Headway, a program for families of children with brain tumors.

The latter has special meaning for Sophie: Her family first learned of Making Headway’s mission when she was diagnosed with a benign brain tumor at the age of 5.

“We’re giving to this charity to support other families with children who have significant need because we want to help those people the best way we can,” said her father, Steve.

Although her event seems to be the polar opposite of the Big Apple’s SantaCon, Sophie even gives credit for her youth-inclusive, chocolatey march to that bar crawl.

“I’d gone to SantaCon with my dad in the past and I had fun, but I could never fully participate,” Sophie said of the boozy pub prowl. As a minor, she’s always had to watch the holiday hoopla from the sidewalk in the cold.

“I’ve always wished that there was something that was geared towards kids so that we could have fun, too,” she told The Post. 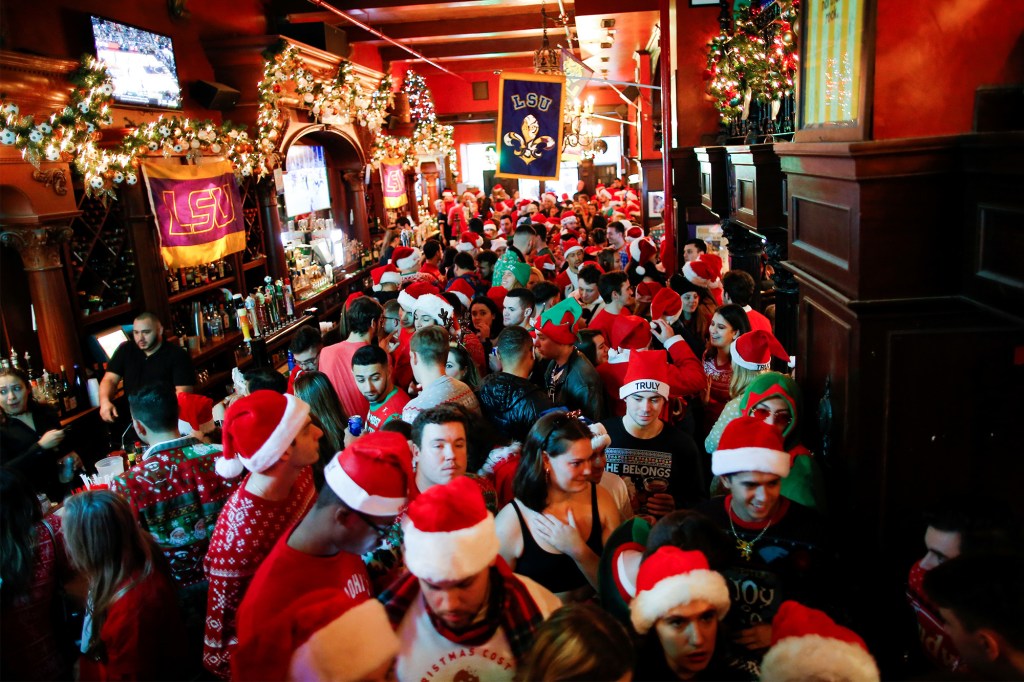 SantaCon has become a beloved, boozy holiday pastime for New Yorkers since 2011. REUTERS

During the annual SantaCon, hordes of adults don Kris Kringle’s signature furry hat, rosy-red robe and snow-white whiskers as they trot from bar to bar for beers as a Christmastime tradition. The 2021 event is slated for this Saturday, Dec. 11, at 10 a.m., starting on Broadway between 39th and 40th street.

With the help of SantaCon organizers, the teen began developing the idea for ElfCon last January. Adults and children of all ages will don their jingle bells, twirly-toed shoes and fur trim while they traipse around Manhattan to sample rich and exotic hot-chocolate blends from local shops, with the full line-up revealed on the eve of the festival.

At each stop, participants will receive an official ElfCon stamp on their elf passport, provided by Sophie and her team of volunteers ahead of the crawl. By the end of their trek, each elf will take home a fully-stamped passport as a “sweet token of appreciation.”

“Sophie’s never run an event before,” said her proud papa. “So she created a proposal for ElfCon and sent it to the SantaCon team, who gave her basic tips on how to run an event and how to raise funds for charity.” 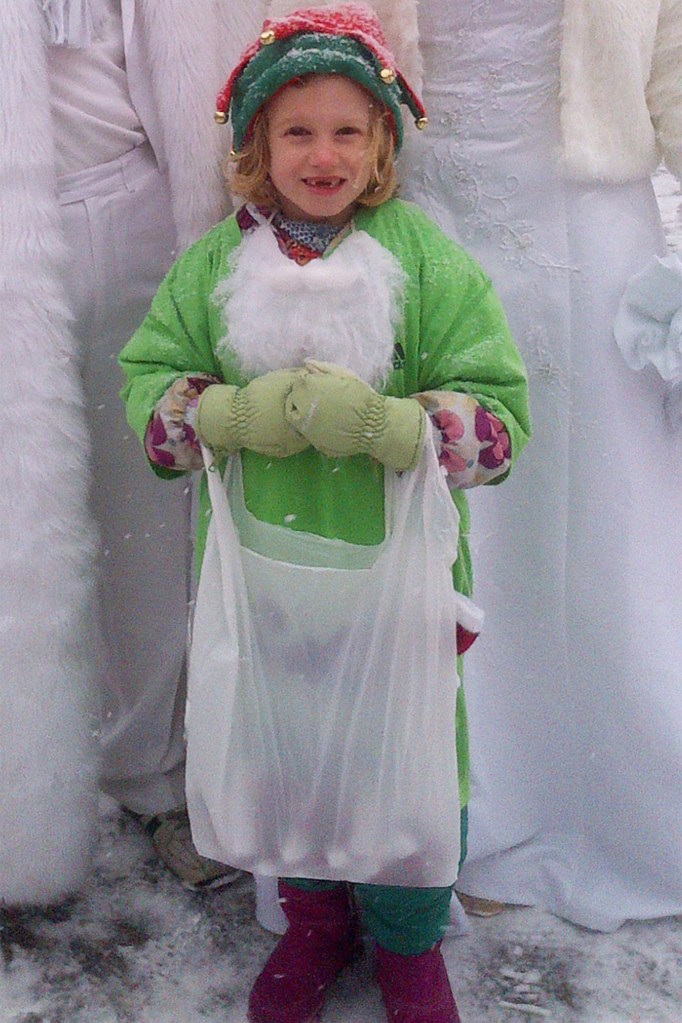 At age 5, Sophie was diagnosed with a benign brain tumor. She and her family received support from the Making Headway foundation. Courtesy of Sophie

Sophie, now in remission from the tumor, is thrilled to be spreading her own version of good tidings and cheer this year. And though she admits she’s most excited to see the creative costumes, all of the trappings of elf couture could never outshine the true meaning of Christmas.

“When you’re motivated to do something, especially something that’s meant to help other kids your age, nothing will stop you from achieving that goal,” said the fledging organizer.

Pointy-eared enthusiasts can register for the elfing good time online for a $10 required participation fee.

2 Ways to Stop Apps from Running in Background on Android