Ever since the instant classic high school comedy Superbad put them on the map and the subsequent release of action-packed buddy picture Pineapple Express proved they weren’t one-trick ponies, Seth Rogen and Evan Goldberg have been two of the most prolific and sought-after screenwriters in Hollywood. They’ve moved into producing streaming shows like The Boys and Invincible, but Rogen and Goldberg haven’t lost sight of their big-screen roots.

Not all of their movies have been as great as Superbad and Pineapple Express, but a bunch of their scripts – including the ones they directed themselves – have impressive scores on IMDb.

The screenplay for Drillbit Taylor was written by Rogen, in his only screenwriting effort without Goldberg’s contributions, and Kristofor Brown, based on a story by John Hughes, the legendary director of Ferris Bueller’s Day Off and Planes, Trains, and Automobiles. Owen Wilson stars as a bodyguard who’s hired by three kids to protect them from bullies.

As the movie’s mediocre IMDb rating would suggest, the execution doesn’t match the greatness of its premise. But a typically charming performance by Wilson as the title character makes it at least watchable. 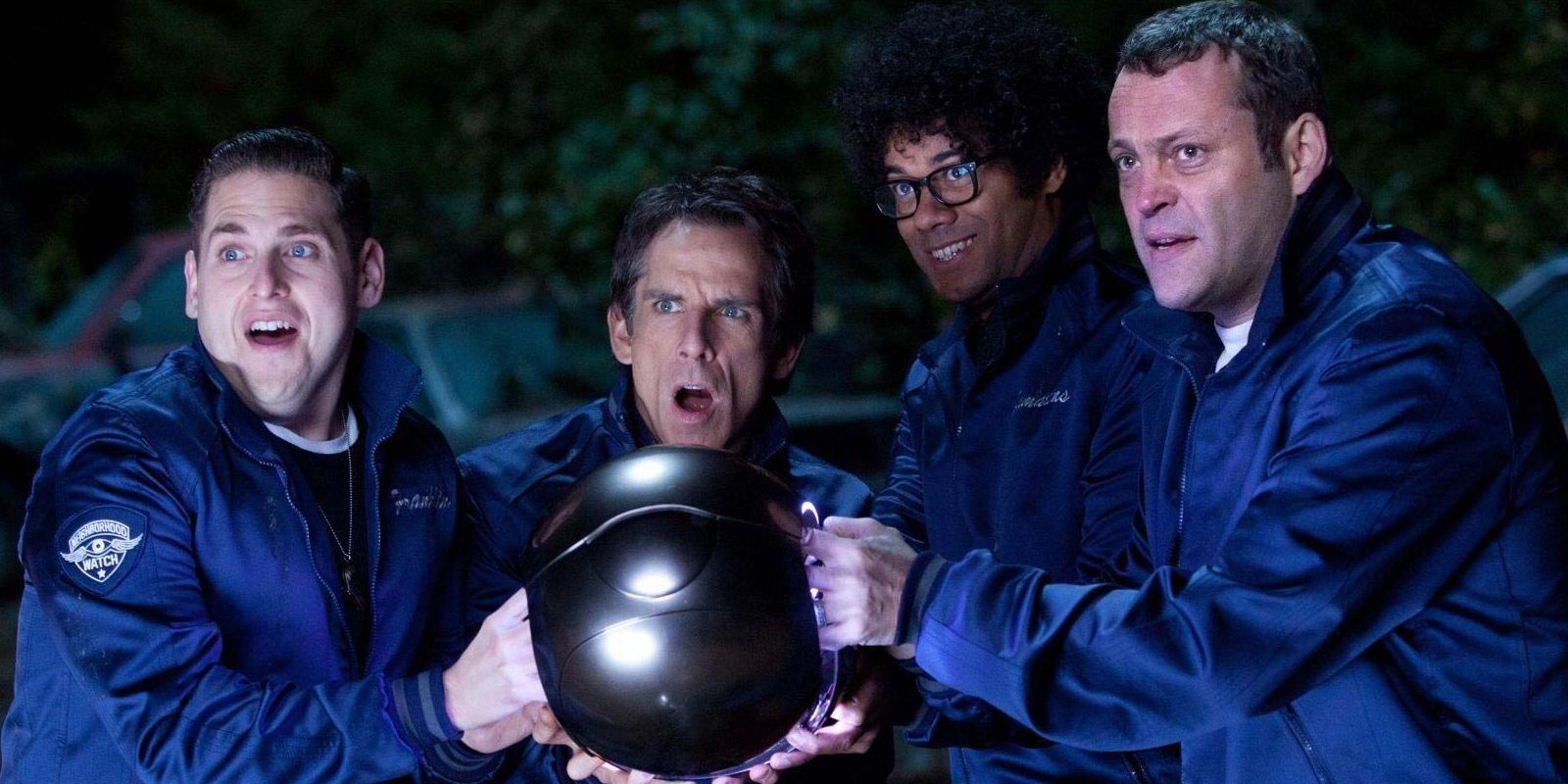 Ben Stiller, Vince Vaughn, Jonah Hill, and Richard Ayoade star in The Watch as a band of bored suburban men who form a neighborhood watch to escape the mundanity of their lives and unwittingly stumble upon an alien invasion stemming from the local Costco.

According to The Hollywood Reporter, The Watch was initially conceived as a PG-13 vehicle in the vein of Ghostbusters. When it was retooled as a raunchy R-rated affair, Rogen and Goldberg were brought aboard the project to inject it with a healthy dose of curse words and sex references. 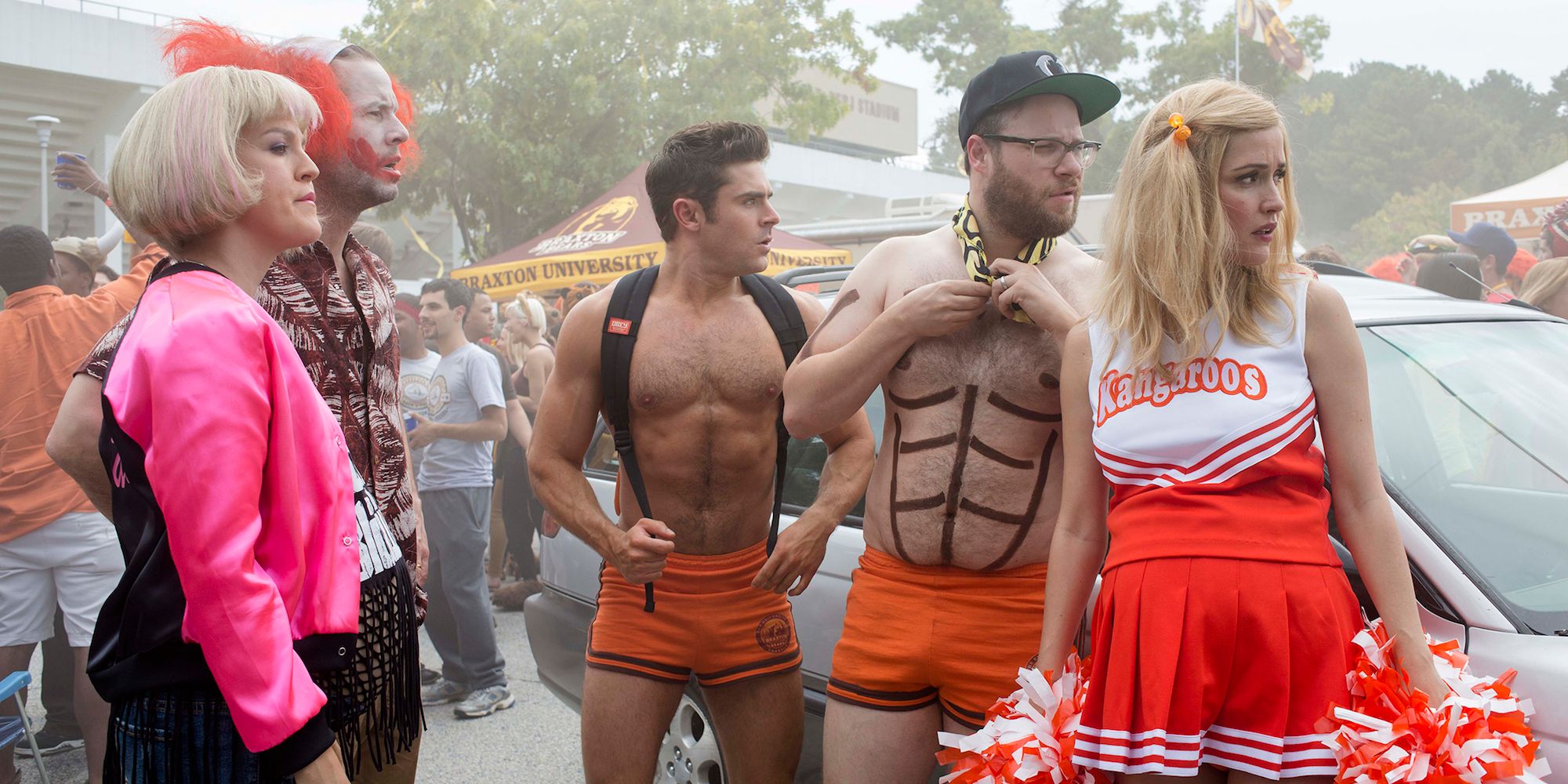 After Mac and Kelly successfully ousted a fraternity that moved next door to them in the first Neighbors movie, the second one sees a sorority moving into the very same house. It could’ve come off as a rehash of the original, but Sorority Rising adds a unique twist as the couple reluctantly teams up with Zac Efron’s frat boy Teddy, the villain from the first one.

After they resisted the urge to pen sequels to Superbad and Pineapple Express, Neighbors 2 marked the first time Rogen and Goldberg had written a follow-up to one of their movies. 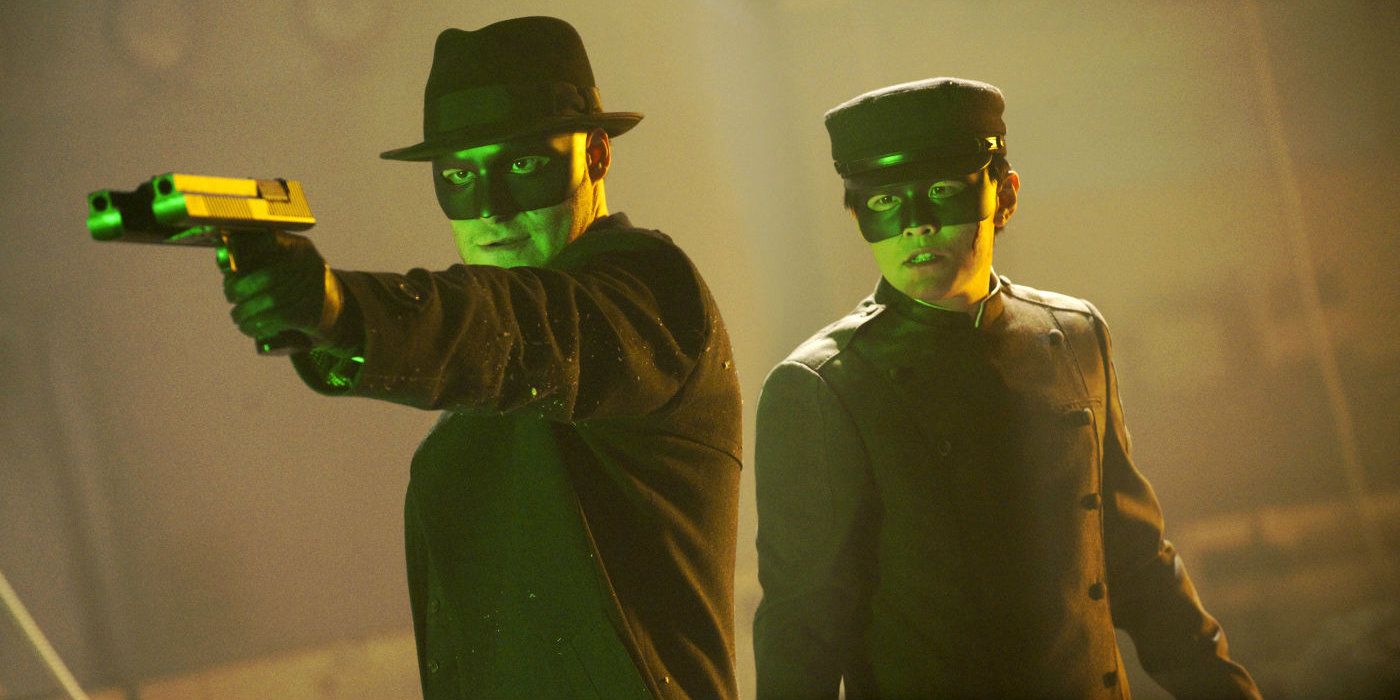 Despite its critical panning, Rogen and Goldberg’s movie version of The Green Hornet is a fun superhero adventure carried by Rogen’s palpable on-screen chemistry with Jay Chou, who takes on Bruce Lee’s iconic role as Kato.

A lot of diehard Green Hornet fans were upset that Rogen and Goldberg adapted the property as a straightforward comedy, but their script has a nice balance of action and humor and director Michel Gondry brings some dazzling visuals to the proceedings. 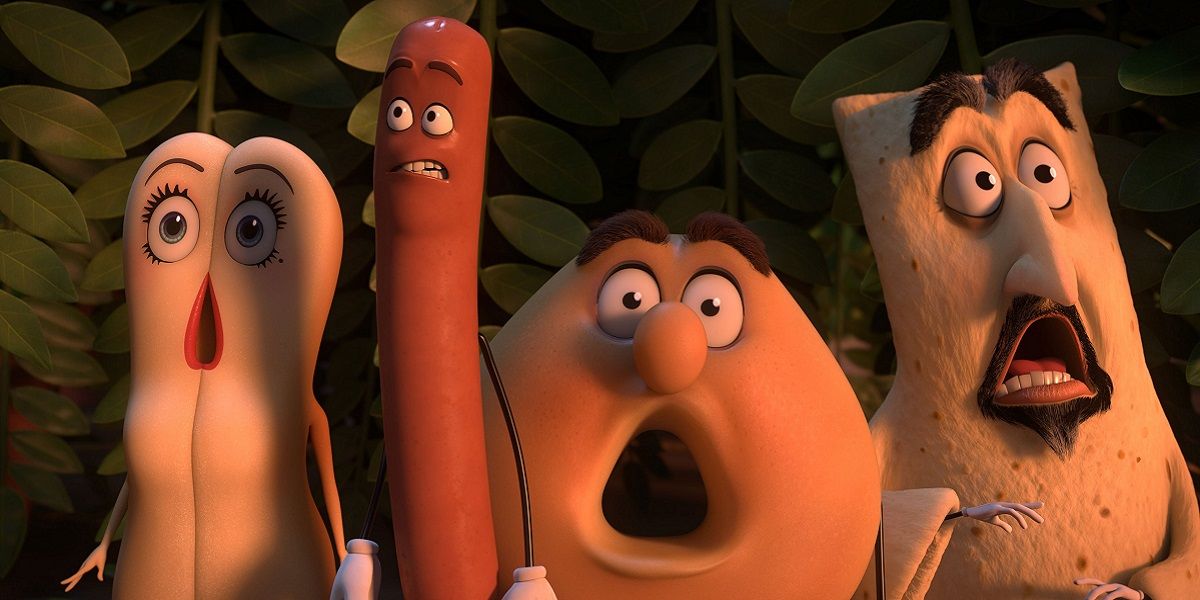 Rogen and Goldberg brought their particular brand of raunchy hard-R humor to the typically kid-friendly realm of computer animation in 2016. Sausage Party is a hysterical riff on Pixar’s premises about anthropomorphized objects in which food products at a grocery store learn that their ultimate fate is to be eaten alive by giants.

On top of all the gags about sausages resembling penises, Sausage Party’s story of foods learning they worship a false god, and that their faith in “The Great Beyond,” is unfounded is a brilliant satire of religion. 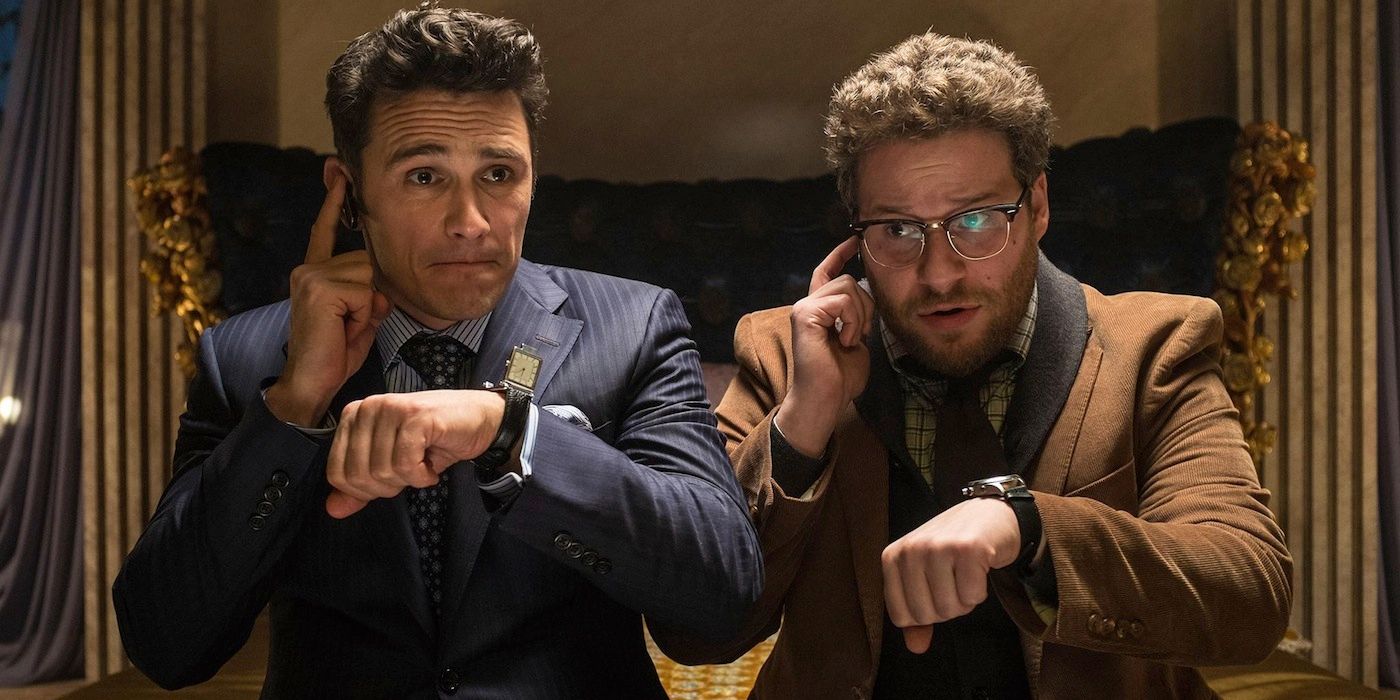 Rogen and Goldberg’s second directorial effort after This is the End, The Interview, stars Rogen as a tabloid TV producer and James Franco as a late-night celebrity interviewer who’s invited to North Korea to interview Kim Jong-un. When the CIA catches wind, they task him with assassinating the infamous dictator.

This movie has the distinction of being the only movie in Rogen and Goldberg’s filmography to cause a geopolitical crisis that almost led to World War III. Despite the controversy it caused, The Interview actually has a lot more scatological gags and crass wordplay than biting political satire. 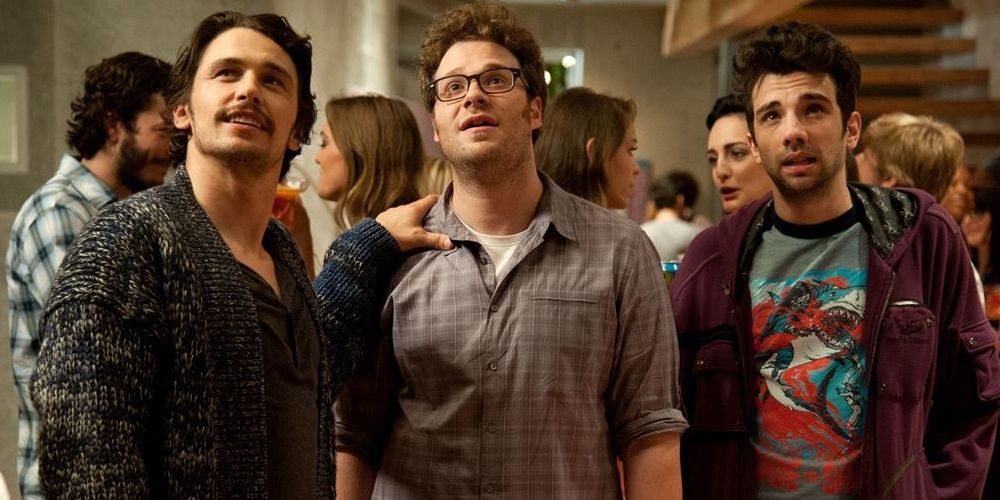 After observing the work of directors like Michel Gondry and David Gordon Green bringing their scripts to life over the years, Rogen and Goldberg finally tried their hand at directing in 2013 with the apocalyptic comedy This is the End.

With all the actors in Rogen and Goldberg’s regular company – Jonah Hill, Danny McBride, Craig Robinson, etc. – playing satirical riffs on themselves, This is the End is a must-see for fans of self-aware comedy. 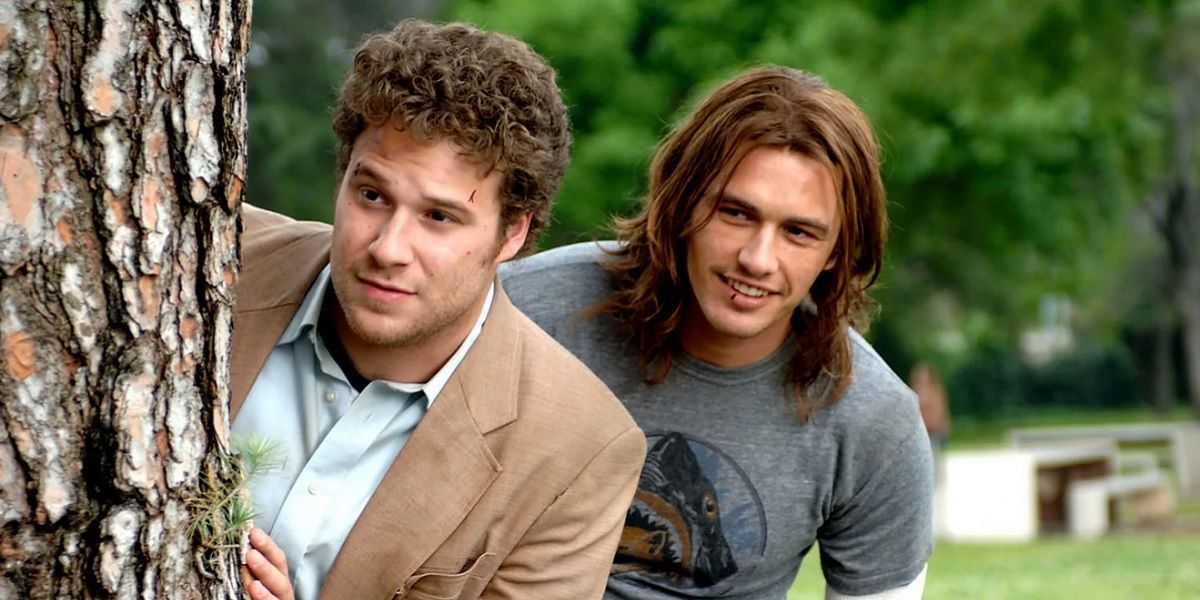 Almost every Seth Rogen movie is about weed in some capacity, but his most overtly marijuana-oriented effort is Pineapple Express, in which he plays a process server who goes on the run with his pot dealer after witnessing a drug lord commit a murder.

After the runaway success of Superbad, Pineapple Express proved it wasn’t a one-off and that Rogen and Goldberg were a screenwriting team to be reckoned with. 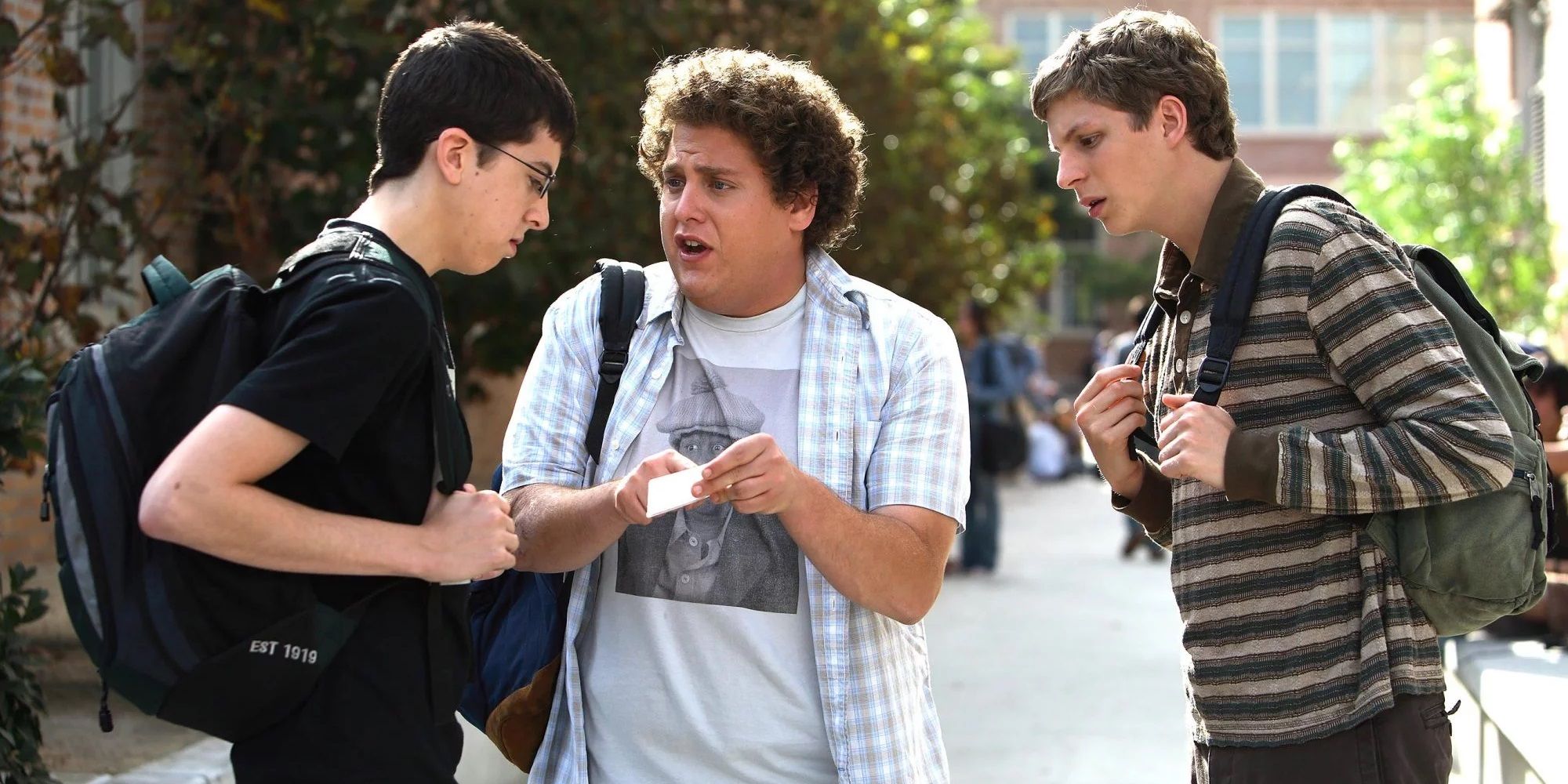 The modern comedy classic that put Rogen and Goldberg on the map, Superbad is a coming-of-age gem about two high schoolers – aptly named Seth and Evan – trying to secure booze for a big party. It’s set up as a typical American Pie riff about sex-obsessed teens trying to lose their virginity, but Superbad is really about Seth and Evan’s separation anxiety as they prepare to go to different colleges.

According to The Guardian, Rogen and Goldberg began writing Superbad when they were 13, which explains why the teen angst rings so true. Superbad was the script that launched Rogen and Goldberg’s screenwriting career and, having been finetuned over more than a decade, it remains their strongest script to date.

Issues with the Fashion business