Looking at the winners and losers of the past week clearly shows that traders endured some serious heat as the total crypto market capitalization dropped by 12.7% when Bitcoin fell to $41,000. This sharp downside move knocked the figure from $2.37 trillion to $1.92 trillion on Dec. 3 and a total of $2 billion long future contracts were liquidated.

Bitcoin (BTC) price retraced 14.6% over the past week, effectively underperforming the broader altcoin market. Part of this unusual movement can be explained by the performance seen in decentralized applications which held up better than most of the market. Data shows Ether (ETH) traded down 6.0%, Binance Coin (BNB) lost 7.3% and Solana (SOL) dropped by 7.8%.

This week’s top gainers include OKEx’s OKB token (OKB) and Bitfinex’s UNUS (LEO). Perhaps these benefited from not having a United States entity because the regulatory uncertainties in the region continue to increase. Moreover, scaling solutions Polygon (MATIC) and Algorand (ALGO) benefited from Ethereum’s $40 or higher network transaction fees.

Sharing solutions had a disappointing week

Among the worst performers were three decentralized sharing solutions: Theta Network (THETA), Filecoin (FILE), and Internet Computer (ICP). They were not alone, as some of the sectors’ altcoins below the top-80 also crashed. Siacoin (S.C.) endured a 34% drawdown and Ankr Network (ANKR) dropped by 31.8%.

Despite being among the bottom performers, decentralized exchange aggregator 1inch Network (1INCH) concluded a $175 million Series B investment round and these funds will be used to expand the protocol’s utility.

Tether’s premium and the futures’ perpetual premium held up well

The OKEx Tether (USDT) premium measures the difference between China-based peer-to-peer (P2P) trades and the official U.S. dollar currency, and in the past week it decreased slightly.

Currently the indicator has a 98% reading, which is slightly bearish, signaling weak demand from crypto traders to convert cash into stablecoins. Even at its best moment over the past two months, it failed to surpass 99%, so Chinese players have not been excited about the general market.

The overall impact of last week’s correction was a drop in the total futures open interest, down 28% to $16.7 billion. Nevertheless, the move was expected since the total market cap retraced and some $3.9 billion worth of liquidations took place during the week.

More importantly, the funding rates on Bitcoin and Ethereum futures quickly recovered from Dec. 3 price crash. Even though longs (buyers) and shorts (sellers) are matched at all times in any futures contract, their leverage varies.

Consequently, to balance their risk, exchanges will charge a funding rate to whichever side is using more leverage and this fee is paid to the opposing side. 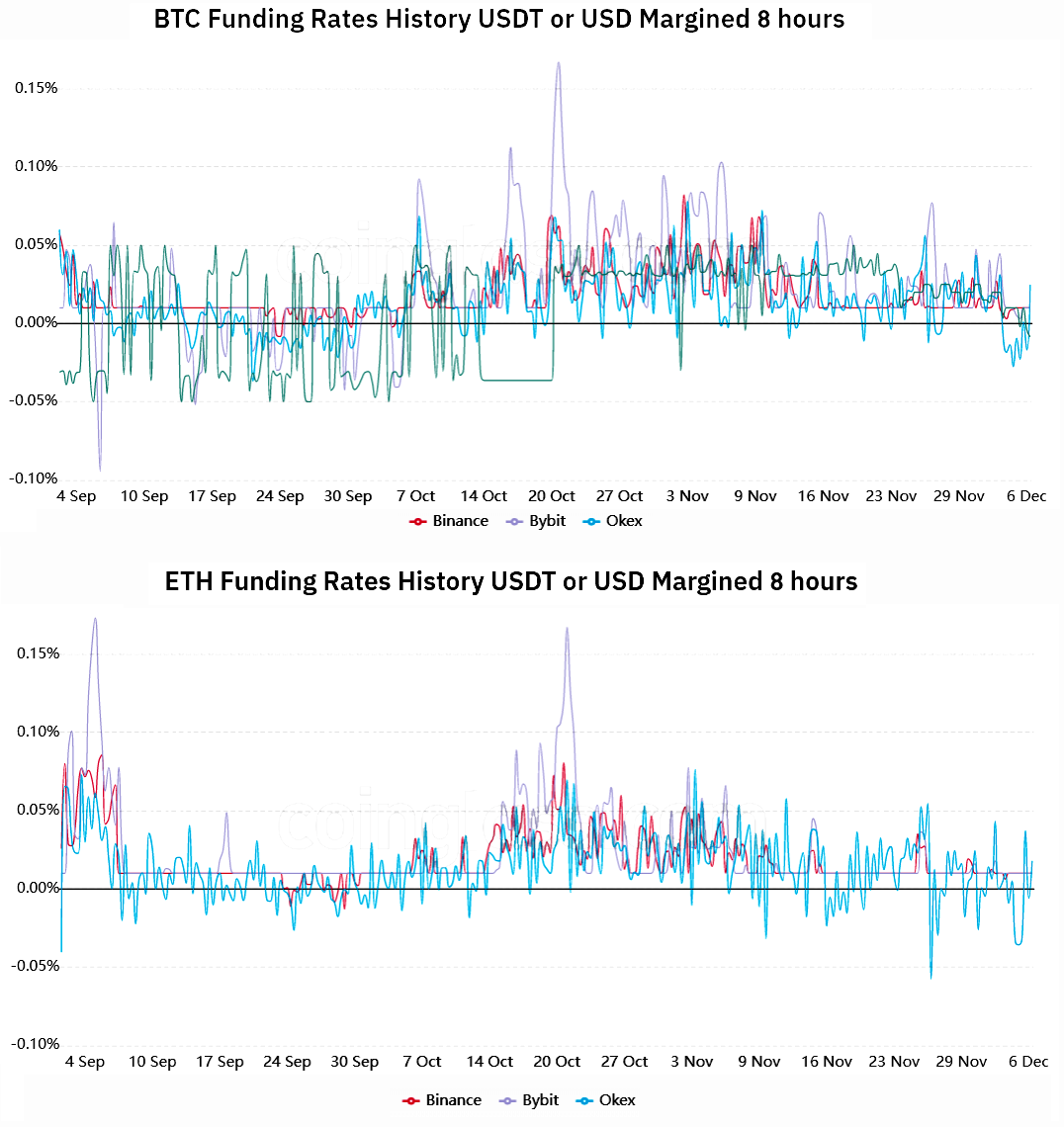 Data reveals that a modest bearish trend occurred on Dec. 3 and 4 as the 8-hour funding rate went below zero. A negative funding rate shows that shorts (seller) were the ones paying the fees, but the movement faded as soon as BTC and ETH prices bounced 15% from their lows.

The above data might not sound encouraging, but considering that Bitcoin suffered considerable losses this week, the overall market structure held nicely. If the situation was worse, one would definitively not expect a 99% Tether premium or a positive perpetual funding rate.

Bitcoin Millionaires Are Flocking To This North American Tax Haven. But What Do The Locals Think?

The most significant worst-to-first NFL teams

A Smartphone With Huge Compromise