The Most Talked About Art at Miami Art Week 2021

The beach is back, indeed. The first edition of Art Basel Miami Beach in two years technically opened to the public on Thursday, but the typical chaos, debauchery, and artistry have been happening all week. Things started out on a somber note, with Louis Vuitton’s show-slash-tribute to the inimitable late designer Virgil Abloh. A years-long fixture on the scene of what’s more commonly—and much more accurately—known as Miami Art Week, Abloh made it clear to the company that he wanted to go ahead with their months-long plans. (The same went for the unveiling of his Mercedes-Benz collaboration, which took place once the fair was officially underway.) With that exception, the pent-up Miami exuberance has been in full effect, with parties upon parties over the past few days. Oh, of course, there’s also the art. Here are the works that have everyone buzzing in Miami.

Rhuigi Villaseñor, Bally’s New Man, Is Hopeful and Nervous About the Future of Streetwear

Yes, we’re still talking about NFTs. In fact, we will be talking about them for a while, given that the NFT market has ballooned to some $10 billion. Noted ex-auction house rainmaker Loïc Gouzer is only just entering the NFT sphere, and predictably, his new company is also disrupting it. Particle’s aim is to “democratize” NFTs by dividing and selling artworks into 10,000 unique NFTs, aka “particles.” First up is “Love Is in the Air,” a 2005 Banksy painting that requires no knowledge of nonfungible tokens to view at the ICA Miami. 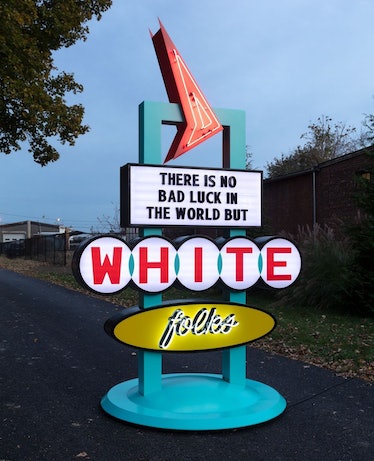 “Those white things have taken all I had or dreamed and broke my heartstrings too,” Toni Morrison wrote in her 1987 novel Beloved. “There is no bad luck in the world but whitefolks.” A shortened version of the text appears in latest edition of the artist Ja’Tovia Gary’s “Citational Ethics” series, which her gallery Paula Cooper describes as “emboldening [the] power and ideas” of Black women. It’s currently illuminating the Paula Cooper booth, and has probably already illuminated your Instagram feed. 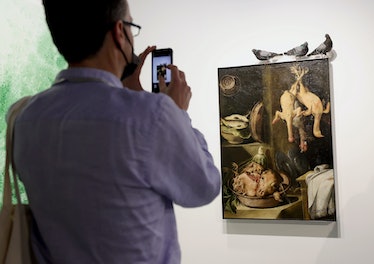 Two words: “the banana.” Maurizio Cattelan’s act of simply duct-taping a banana to the wall and titling it Comedian as his contribution to the fair’s 2019 edition—and successfully selling three “editions” for $120,000 and up—lives on in infamy. This year, the Italian provocateur went with something a bit more labor-intensive. The flocks of pigeons that first popped up in a 1997 Venice Biennale installation titled Touristi have migrated to Miami, setting up shop to get you thinking about the way art is displayed. At least, that’s what Cattelan hopes you get from Ghosts. “The pigeons are ‘observing’ from above the movements of the visitors below, suggesting a different confine between inside and outside, what is seen and who is seeing,” he told the Art Newspaper. “We live in a society where we are under constant surveillance, like being in The Truman Show; up to the very end you don’t know if you’re the subject or object of what’s going on.” 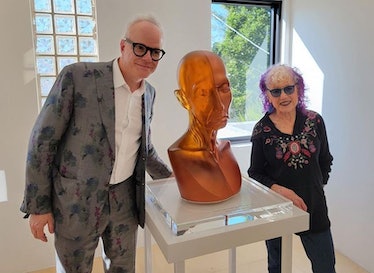 Nina Johnson has devoted the upstairs of her namesake gallery to its second solo showing of Judy Chicago, now on view through January 15. The pioneering artist best known for The Dinner Party, a monumental installation of an imagined banquet, is putting her expertise with glass in the spotlight with head- and hand-shaped sculptures from the early 2000s, along with works in steel and porcelain. There are official install shots, of course, but the above Instagram that Chicago posted with curator Hans-Ulrich Obrist offers a glimpse at both the sculpture’s scale and the 82-year-old artist’s magnificent hair. 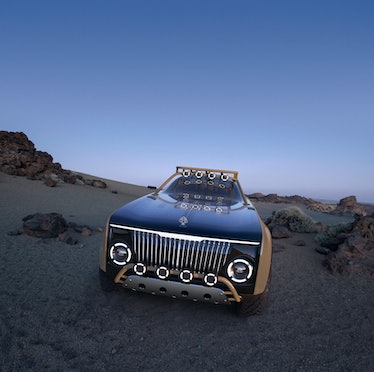 Per the wishes of Virgil Abloh’s family, Mercedes-Benz went ahead with unveiling its collaboration with the late 41-year-old designer less than a week after his untimely death. The company had planned to host an intimate press event, but turned the viewing of his solar-powered electric battery car into a tribute. Each piece of the roughly 19-foot behemoth was crafted by hand.

The Rubell Museum’s Artists in Residence

Courtesy of the Rubell Museum 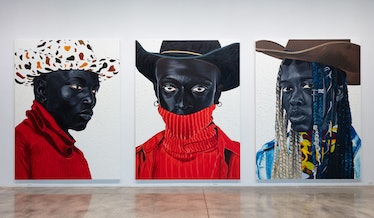 Kennedy Yanko and Otis Kwame Eye Qaicoe have spent the past year hard at work at their Rubell Museum residencies. You can now see the fruits of their labor, alongside those of 2020 standout Genesis Tramaine, through January 2022. 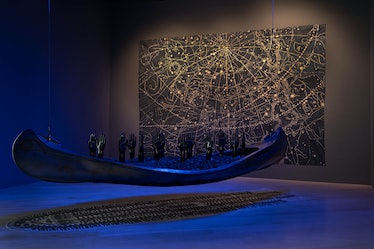 The ICA Miami always times at least one blockbuster show to the fair, and this year, there are three. The 95-year-old legend Betye Saar gets her due with her first dedicated exhibition in more than three decades, showcasing a number of her rarely-seen, site-specific installations from the ‘90s and ‘80s. It’s worth the trip on its own, and yet, there’s more. Specifically, displays from Hugh Hayden and Jadé Fadojutimi—and we highly suggest you keep an eye on both of their names. All three shows are on view through April of next year.

Rhuigi Villaseñor, Bally’s New Man, Is Hopeful and Nervous About the Future of Streetwear

13 Signs You May Benefit From Taking Digestive Enzymes