Of all the zodiac signs, Aquarius is one of the most misunderstood.

TBH: They’ve just had really good branding. As a Fixed Air sign, these unique individuals have become everything associated with hippy lifestyle, counter-culture and the ever-so-aspirational freedom to come with “the Age of Aquarius.” While not all of those assumptions are off base, the true Aquarian nature is much more complex than that.

Aquarius holds a very special place in the zodiac wheel, as it stands exalted near the crown of the basic chart — wielding a placement that offers hope and optimism for the future, having already journeyed through the many previous zodiac signs to understand the fruit of one’s labor while also still dreaming of what’s to come. As a zodiac sign, Aquarius rules technology, the internet, space travel, astrology and the human collective.

Aquarius is co-ruled by two planets: Uranus and Saturn. The traditional ruler of Saturn is what gives this zodiac sign their perseverance, strength and detached emotional nature. They are able to have long-term vision and organize their plans around their ideas. While Saturn can be a bit of a stern ruler, this is what helps them to set their minds upon something and channel everything they have into it.

Yet their modern planetary ruler is Uranus. While these planetary frequencies seem very different from each other — and they are — their synthesis is what gives Aquarians their unique blend of independence, eccentricity and intellectualism. Uranus can create progressive, humanitarian reformation, as well as rebellion and unpredictability. When channeled together, these energies allow Aquarians to strive for the unconventional while also creating structures in their lives that can stand the test of time.

Aquarius has two planetary rulers, not just one. It is guided by both Uranus and Saturn.Getty Images

Myth is a fascinating realm, as it can give a great deal of insight into how the human collective has placed meaning upon themselves and the stars. Many cultures had similar myths about the Aquarius constellation.

In ancient Greek myth, Aquarius was a young boy named Ganymede who was watching over his sheep in a field. Zeus sent an eagle to snatch Ganymede and made him the cupbearer for all of the Olympian gods. The constellation named Crater was thought to be Ganymede’s cup.

The ancient Sumerians also believed that the constellation of Aquarius could bring about a global flood. The stars that they envisioned there were believed to be of great fortune and luck. that was due to the time of the year that the Sun rose in this sector of the sky — the rainy season in the Middle East.

In ancient Egypt, the god Hapi — who watered from two jars — was linked with the river Nile. The Babylonians, too, saw Aquarius as Ea, the god of streams, and GU.LA, a goddess of healing and childbirth.

Personal independence is one of the greatest strengths an Aquarius can have — as they have a visionary intellectual perspective on life, people and the world. This heightened intellectualism often leads them to become great thinkers, able to analyze everything with a sharp and poignant comprehension. They require freedom to be who they truly are, as authenticity is something that runs through their blood. They live for exploration, fascinated by the processes of the world. That can initially lead them to be especially open-minded, having an original and inventive way of moving about the world.

Yet, because they are a Fixed Air sign, their ideas and philosophies are always carefully crafted — meaning that when they put their mind to something and have formed their opinion, it will be unlikely to ever change as they hold steadfast to these perceptions in a confident and unwavering way. This ability to persevere, given to them by their Fixed zodiac sign association, also grants them great resources of strength to be faithful, loyal and constant in their endeavors and relationships.

Last to mention is that Aquarians often tend to be quite popular, as they crave social interactions. Their friendly demeanor can aid them in building a wide network of acquaintances and contacts.

Stubbornness in ideas can be the cornerstone of difficulty for an Aquarius. While it can, on one hand, give them a great deal of strength when channeled properly, it can also create alienation and conflict.

Aquarians are driven to extremes when it comes to their perception of the world, as they carefully assess data from a detached and intellectual demeanor. Once they have formed an opinion on data, they integrate it into their vision of the world — and often will never change their ideas once they have formed this extensive level of belief. That can lead an Aquarius in any direction — progressive ideas to the point of extremism or conservative, traditional beliefs that ultimately limit them from outside experiences. 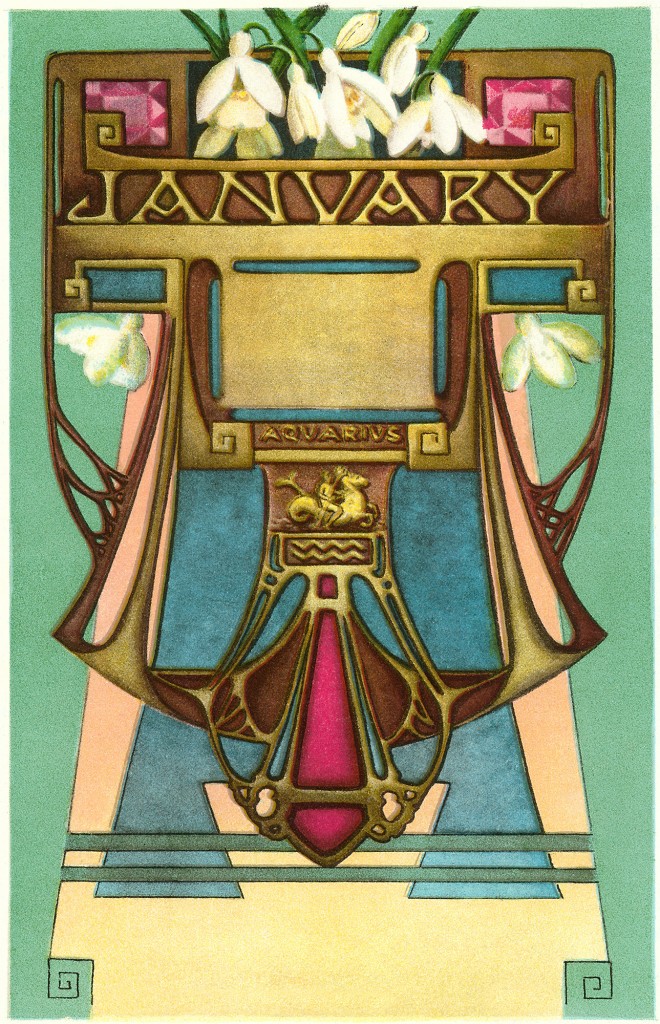 A vintage illustration of an art nouveau design depicting January in the sign of Aquarius.Corbis via Getty Images

Next to mention is their detached demeanor, which can be one of their greatest flaws. They do not tend to form extremely emotional connections with many people, as they prefer intellectual connections and strategic unions rather than risking their emotional freedom. That can lead them to be cold individuals.

Last to note is the fact that many Aquarians despise being caged and will go to great degrees of rebellion and unpredictable behavior in order to not be confined. That eccentricity can create bizarre interactions and a constant need to set oneself apart, straining to be different for the sake of being different — rather than actually enjoying and believing in that lifestyle in a core way.

The Tarot card that rules Aquarius is the Star. In this card, we can see a woman bending down to pour water into a pool at her feet. She has one foot on the earth, representing stability, as well as one foot in the pool, showing intuition. A brilliant star stands above her head in the sky, symbolizing hope, guidance, rebirth and a new beginning.

On a visual level, it is clear why this card connects with Aquarius. On a metaphorical level, it speaks of Aquarius’s need for intellectual growth and vision for the future. 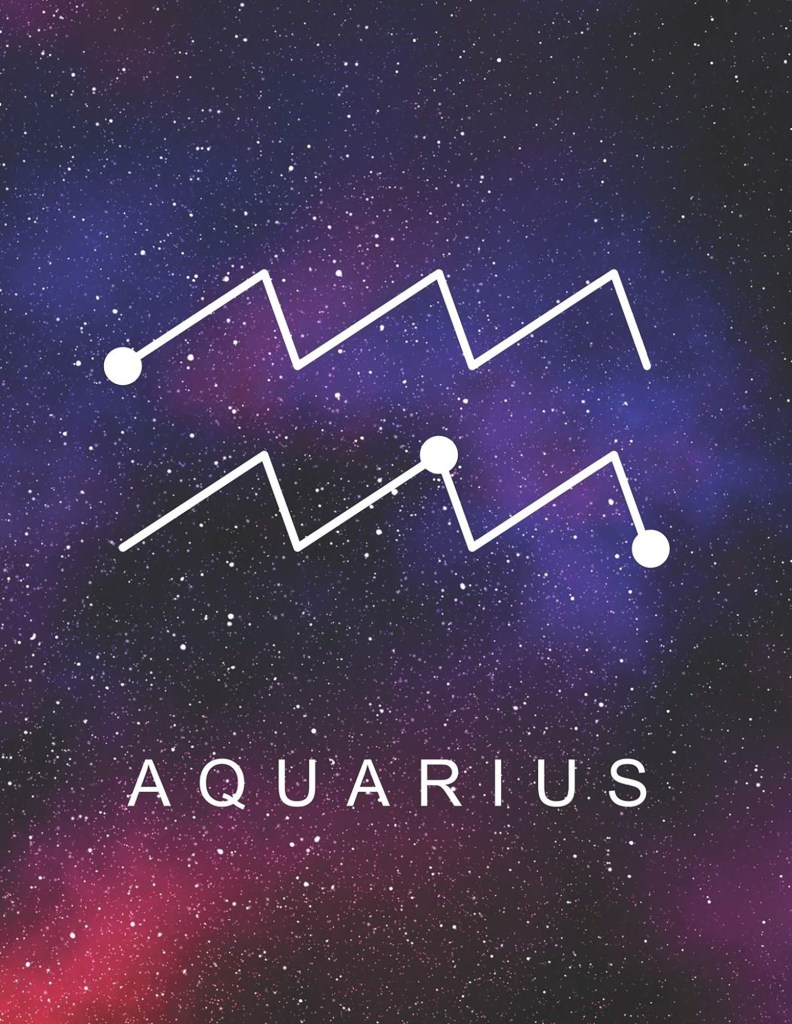 Aquarius is a Fixed Air sign. That is what gives them their persevering and highly intellectual nature.Amazon

The zodiac house that is natively ruled by Aquarius is the 11th House. That is the sector of communities, friendships and group associations. This same zone also relates to one’s long-term hopes, dreams and aspirations. What we can learn from the 11th House is that when we connect with a tribe that loves and supports us, we are better able to step toward our most heartfelt desires and reach fulfillment.

In the human body, Aquarius rules the ankles, calves, shins and circulatory system. Just as Aquarius is the zodiac sign to connect us from earth to space, so do the ankles connect the upper body to the feet.

As for physical appearance, it is best to look at an individual’s Ascendant (or Rising Sign) to best understand their physicality. However, as a rule of thumb, Aquarians like to present themselves eccentrically, often dressing in bold ways to set themselves apart from the crowd. Their faces tend to have distinctive features, but as this zodiac sign rules the majority of the legs, they often have stronger or more developed lower bodies.

While true compatibility is assessed by looking at two people’s entire birth charts, generally speaking, Aquarians are best suited with other Air Signs, such as Gemini or Libra, or the Fire signs, which are Aries, Leo or Sagittarius. That is because they are all “active” elements and feed one another’s energy.

With the other Air Signs — especially Gemini — an Aquarius can find an ideal intellectual partner who amplifies their curiosity about the world and can actively engage their constant need for mental stimulation, communication and debate. Libra tends to work well with Aquarius because they’ll let the Aquarius lead the way, adding companionship and support.

With the Fire Signs, Aquarius’s thirst for life, adventure and experience will certainly be satiated. Their active lifestyle will propel the two into new horizons, with the Fire sign bringing the lust for change and Aquarius providing the analytical planning and oversight.

When it comes to allure and attraction, Aquarius’s intellectual confidence and eccentric presentation will often attract people who are fascinated by them or curious to learn about their never-ending resources of knowledge. Because most Aquarians tend to be more experimental or initially open-minded, this can further intrigue others to live on the edge and be drawn into their mystique. Their poignant conversational skills and ability to assess others’ mental capacities rather quickly can further lead this zodiac sign to use their minds and words to get exactly what they want. 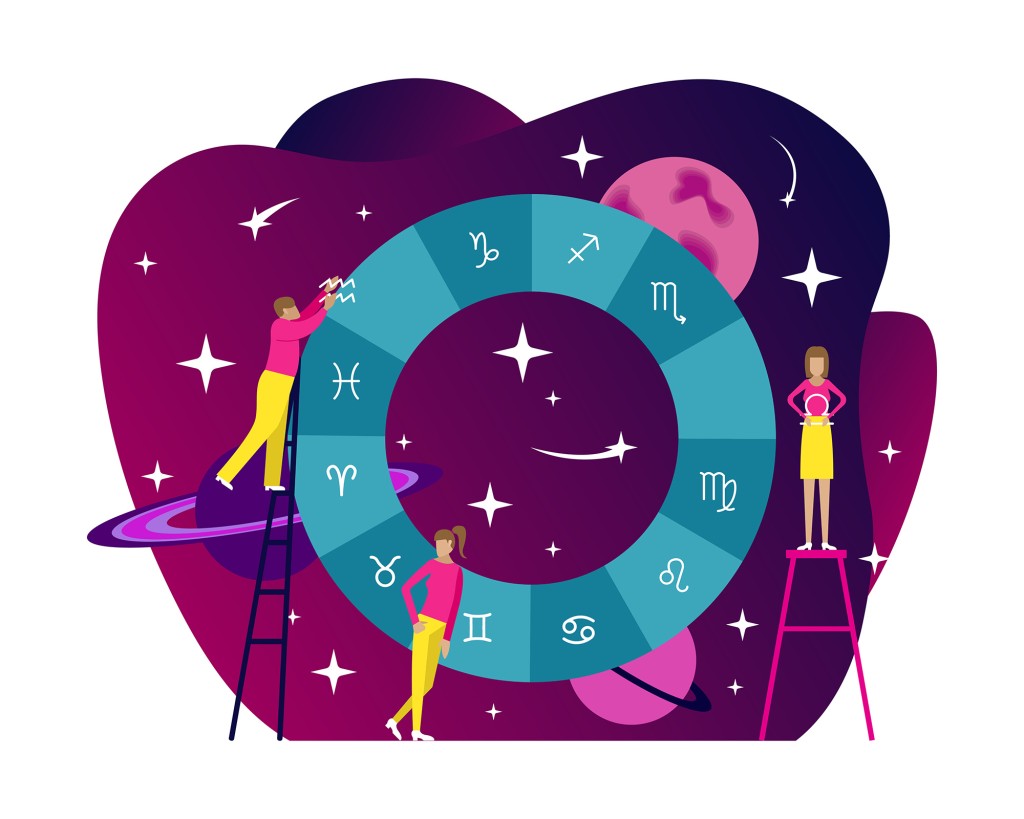 “Starboy,” by The Weeknd

“No One,” by Alicia Keys

Kyle Thomas is a globally recognized pop culture astrologer who has been featured in Cosmopolitan Magazine, ABC Television, Hulu, Bustle, Elite Daily, House Beautiful, Marie Claire, YahooNews, MSN and more. He is known for his cosmic guidance for celebrities, business executives and prominent influencers. His work harnesses the power of the stars in regards to entertainment lifestyle and trends affecting people worldwide. For more information, visit KyleThomasAstrology.com.

GIA WOODS AND THE FUTURE OF POP