Seinfeld did have the makings of a long-term Jerry-Elaine romance, but it ultimately went nowhere – here’s why. Seinfeld explored multiple romantic relationships Elaine and Jerry had with other people, but rarely addressed the prospect of bringing the two back together. Instead, Elaine remained one of the core members of Jerry’s circle of friends up until the end of the show in season 9.

When Elaine (Julia Louis-Dreyfus) was brought into the fold in the show’s second episode, it was explained she and Jerry had a brief relationship. Apparently, they had just broken up but decided to maintain their friendship. This served as the beginning of Elaine’s presence on the show, which involved frequent visits to Jerry’s apartment, lunches at Monk’s Café, and all sorts of misadventures with Jerry, George (Jason Alexander), and Kramer (Michael Richards). One thing Seinfeld avoided was Jerry and Elaine becoming an item for longer than an episode.

Seinfeld actually delivered a story where they started dating again, but this was abruptly dropped. In Seinfeld season 2 episode “The Deal” their failure to work out a “friends with benefits” relationship resulted in them getting back together at the end. However, they returned to the status quo in the following episode. It took almost a whole season before this was finally explained. In Seinfeld’s season 3’s “The Pen”, the show dropped a throwaway line from Jerry which revealed he and Elaine had broken up offscreen. Apparently, the reason it took so long for this to be addressed can be attributed to “The Deal” airing out of order. It was originally intended as the season 2 finale. At the time, the writers weren’t even sure if the show would be renewed, so this was also seen as a possible happy ending for the pair if it really was the finale. 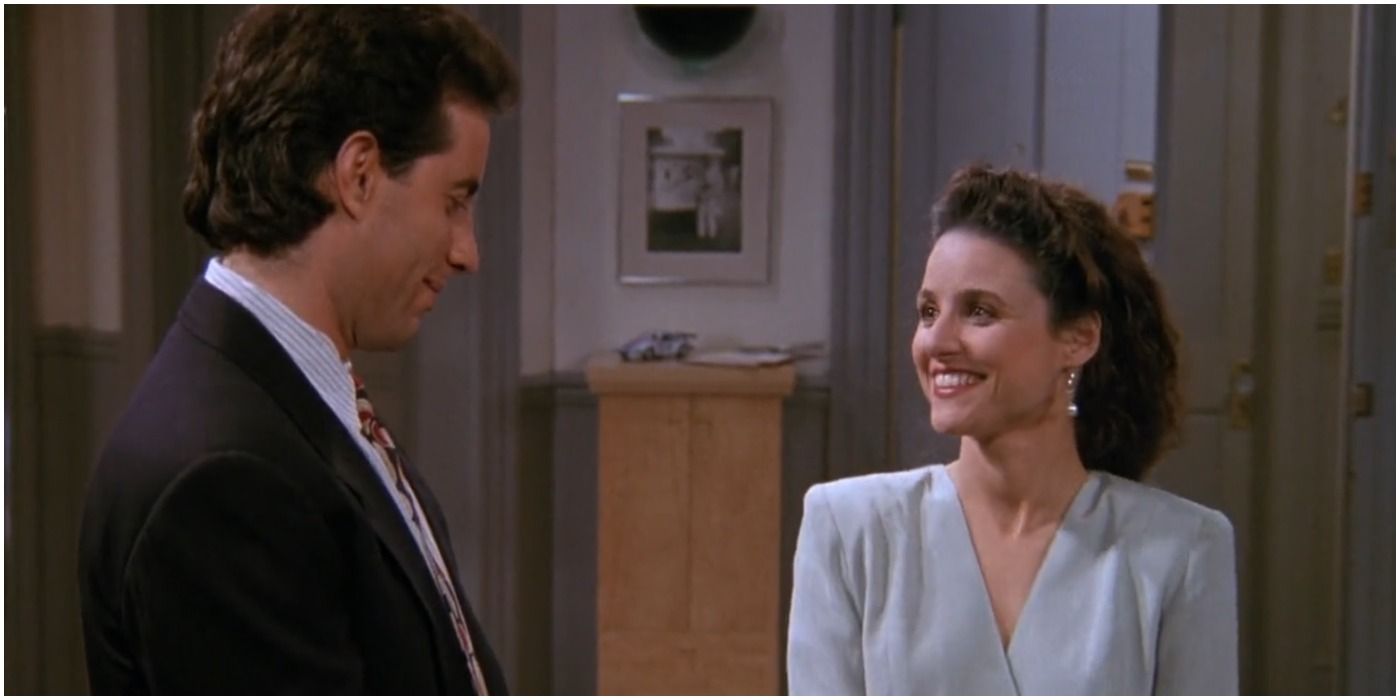 As for why Seinfeld decided to limit the Jerry-Elaine romance to just a one-episode story, “The Deal” was ultimately a product of discussions Seinfeld creator Larry David had with NBC executives. The home video release of Seinfeld season 2 revealed NBC was highly interested in Seinfeld pursuing a “will-they-won’t-they” subplot with the two, but David and Jerry Seinfeld were opposed, as both felt Jerry and Elaine should not be romantically involved. NBC was insistent, so to please them, David wrote “The Deal” as a form of compromise, understanding that once he gave the network what they wanted, he could return to the original formula without issues.

That’s essentially what Seinfeld did, and though the series did hint at feelings they may have had for each other occasionally, it kept the two apart. When considering how a romance would have greatly disrupted the friendship dynamic between Seinfield’s main cast of characters that made the show so popular, it’s likely for the best the story was abandoned so quickly.