Effective January, unless you work only at home, a Biden-ordered Occupational Safety and Health Administration directive requires you to get a vaccine or a weekly test — or be fired from your job. The White House’s reasoning is that “unvaccinated workers face grave danger.”

Further, the federal government says it has the mandate authority as a longtime regulator of workplace safety.

Finally: The White House says it is not putting an undue burden on large employers, who “have the administrative capacity to implement the standard’s requirements promptly.”

Do these arguments make sense?

An appeals court doesn’t think so.

This month, it suspended the mandate. The judges ruled that it is “the rare government pronouncement that is both overinclusive,” applying to workers in “virtually all industries,” and underinclusive, ignoring the fact that workers at smaller companies are in the same “grave danger.” 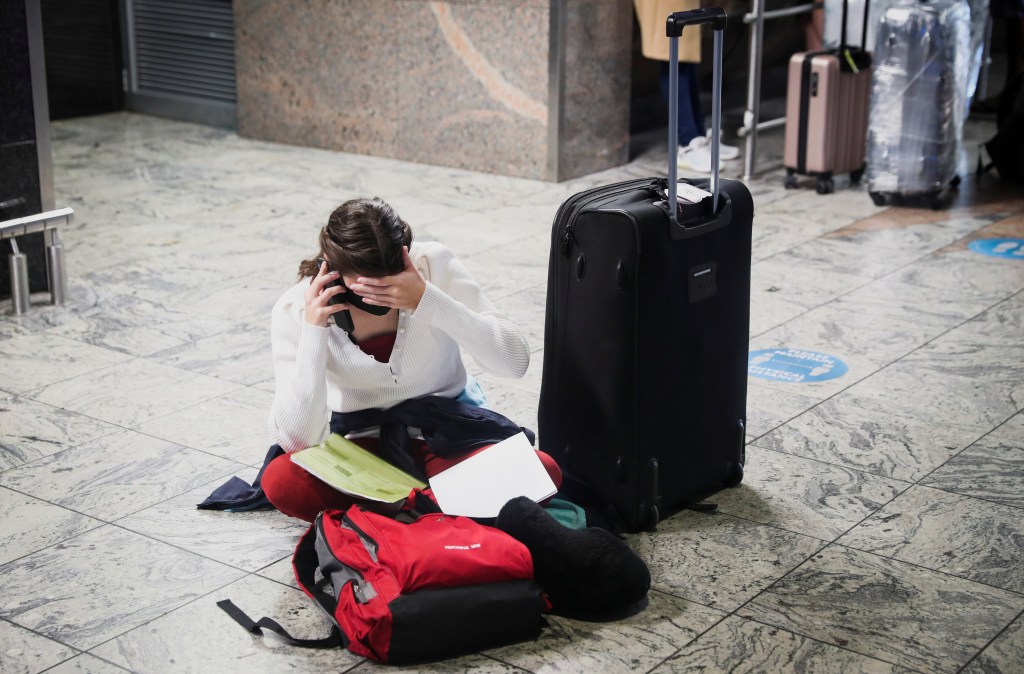 Transportation Secretary Pete Buttigieg said there would be no extra COVID-19 prevention methods on planes because masks were “highly effective.” REUTERS/ Sumaya Hisham

But the White House doesn’t think the mandate makes sense, either.

That is, not when the same reasoning is applied to another sphere of communal stranger-on-stranger activity: air travel.

Over Thanksgiving, Americans flew to visit friends and family in numbers close to pre-COVID travel, with 2.3 million people flying on Wednesday. 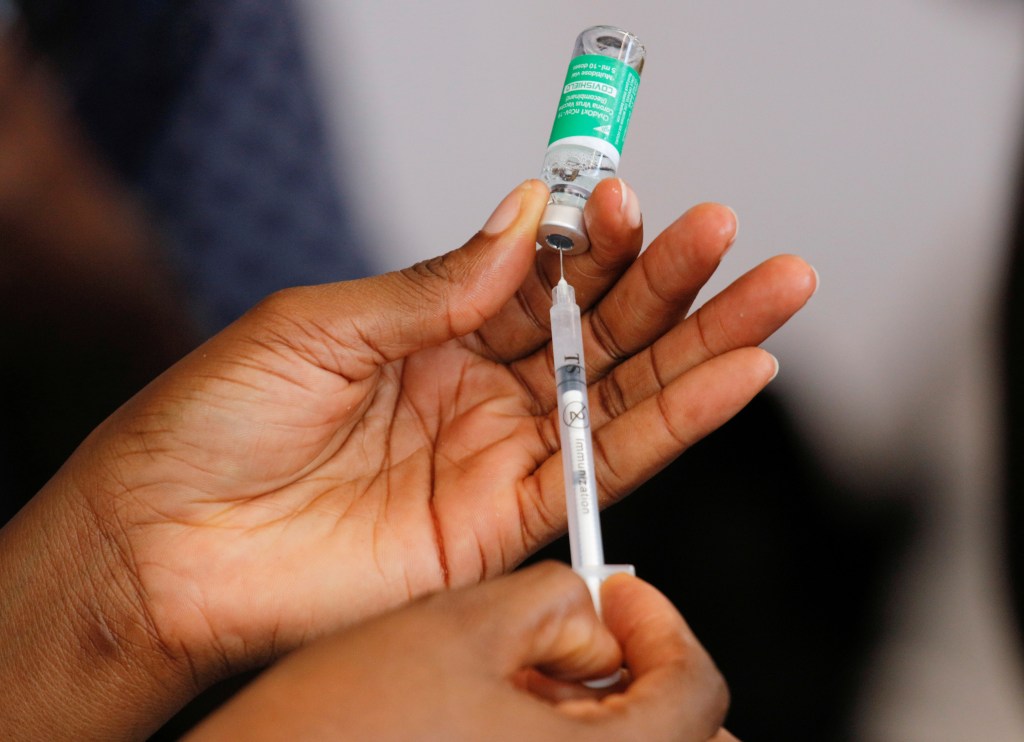 A White House directive is slated to take effect in January that requires you to get a vaccine or a weekly test — or be fired from your job.REUTERS/Francis Kokoroko/File Photo

Yet the supposedly science-based administration balks at applying the workplace argument to domestic-airline customers.

When asked on “Meet the Press” before Turkey Day whether the government would require vaccinations for flying, Transportation Secretary Pete Buttigieg said no, because masks are “highly effective.”

It makes no sense to assert that masks are “effective” for flying but not in the workplace. Flying, remember, isn’t just limited to a plane where passengers wear masks and air circulates fast. It includes airline terminals, which are buildings, often crowded ones, where people eat and drink. 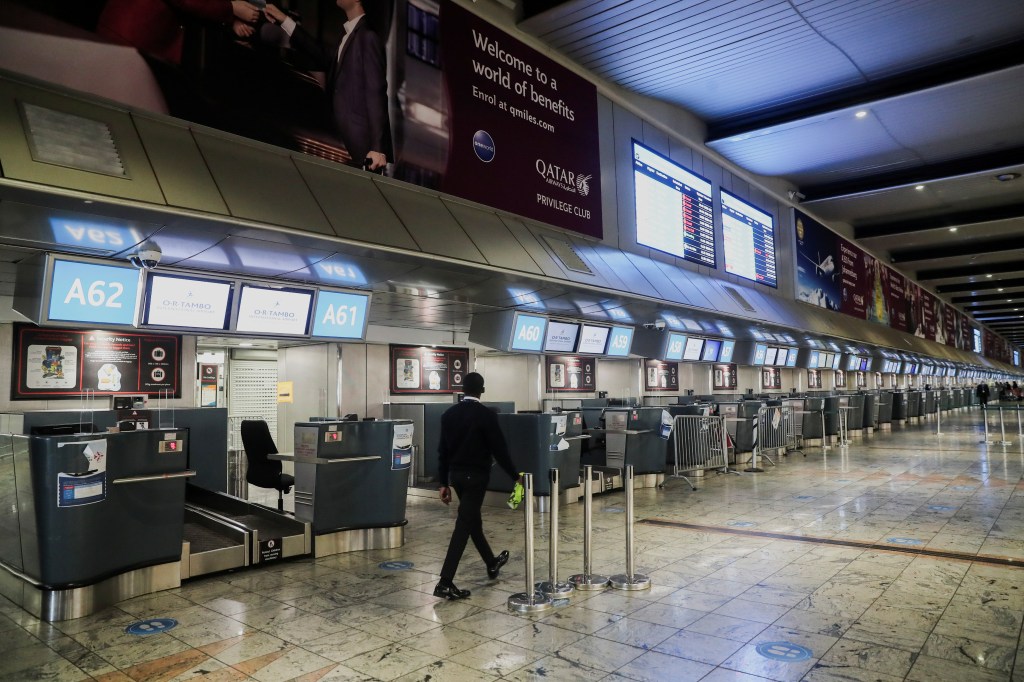 What about the government’s other two criteria? As for federal authority to set a rule: Flying is one of the most regulated areas of American life. Washington can tell you to take off your shoes at LaGuardia but not on the street.

Checking vaccines “wouldn’t be physically possible to do without enormous delays,” American Airlines CEO Doug Parker said in August — a position his competitors have held since then.

How can it be impossible for airlines to check vaccines but easy for employers to enact a blanket, retroactive document check?

For decades, airlines have checked people’s drivers’ licenses or passports against their boarding passes and kept track of people’s luggage. Airlines check documents every time people fly, whereas employers check documents once, when you’re hired.

Airline execs say they don’t want to have to decide which exemptions are valid. Fine, but it will be no easier for private employers.

Either a consistent standard for exemptions works for both — a doctor’s note, a declaration of religious belief — or it works for neither.

If it’s hard for an airline clerk to determine whether someone’s religious belief is sincere in a few minutes, it’s equally a pain for a human-resources official to spend days determining whether someone’s doctor is really a doctor. The extra time only creates an extra burden.

There’s also the issue of coercion. Whether you think vaccine mandates are a good idea or not, workers who get vaccinated to keep their jobs are doing so under duress. Most people work because they need to make money. Being fired is a major life event.

By contrast, nobody has to fly, not to the extent that they have to work.

Biden is following the science, sure — the science of special interests. He is bowing down to a powerful, concentrated industry, one that won $54 billion in rescue funds last year.

Even Dr. Anthony Fauci, supposedly immune to political pressures, has gone from saying “if you want to get on a plane and travel with other people . . . you should be vaccinated” to “I don’t see that immediately” happening.

Biden’s lawyers are going to have to explain this disparity in court — almost certainly before the Supreme Court. The justices will wonder why going to the office puts an unvaccinated person in “grave danger” but going to the airport doesn’t.

Nicole Gelinas is a contributing editor to the Manhattan Institute’s City Journal.

An interview with David Pepper, ‘Laboratories of Autocracy’ author, about the GOP war on democracy

British teacher, 47, loses use of her legs and hands after falling 20ft from a balcony in Thailand

The Pixel-exclusive rebirth of a beloved Android feature