A clip has gone viral of a woman sitting at a table on her own after no one showed up to her planned dinner.

Christian Zamora, who goes by the handle ‘Kidalloy’ on TikTok, shared footage of his girlfriend’s empty dinner table in a video that’s been viewed almost 15 million times.

In it, he explained Maryann had been planning two weeks in advance for her “Friendsgiving” event, decorating her entire basement and cooking a huge feast.

However, “sadly” no one showed up and according to Christian, they didn’t even send her a message to let her know that they weren’t going to make it.

Maryann, from the US, had planned a “Friendsgiving” dinner with friends two weeks ago, but no one showed up on the day.

“My girlfriend was so excited for her first Friendsgiving but no one showed up,” he wrote in the clip, as the camera showed a distraught Maryann sitting at the table on her own.

“She decorated the whole basement and cooked so much food. I keep trying to cheer her up but nothing is working.”

He panned around the room to show a large table filled with food and empty place settings. 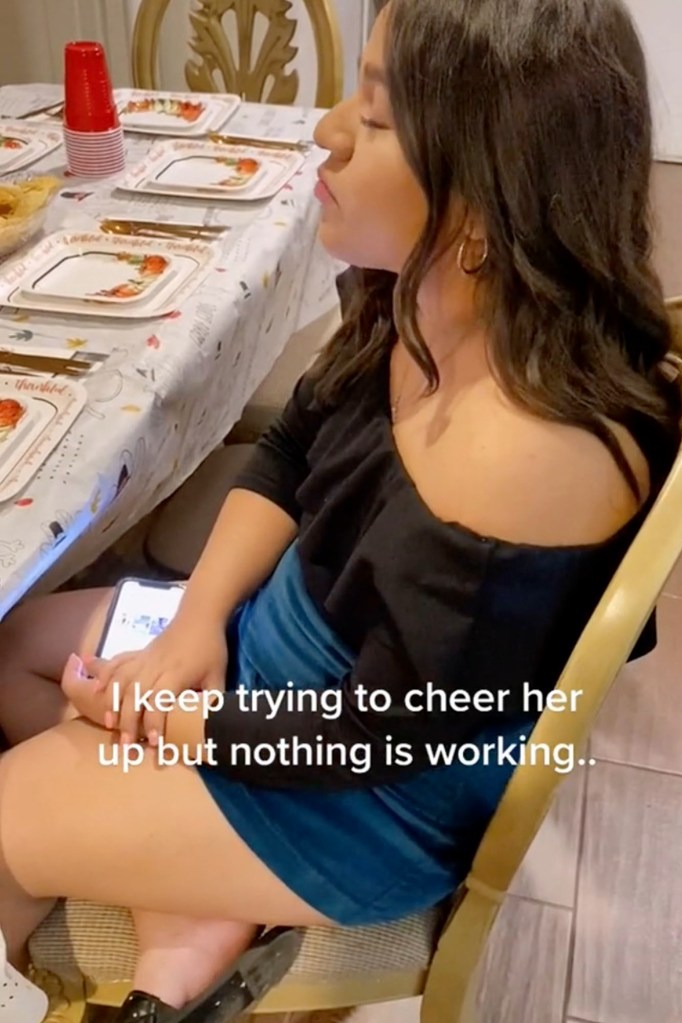 Christian Zamora on TikTok showed how heartbroken his girlfriend is after no one came to her “Friendsgiving” party.TikTok / @kidalloy

After many asked what had happened, the TikTok user shared another video where he revealed Maryann’s friends suddenly stopped answering all of her messages on the day of the dinner.

“My girl and her friends decided to throw a Friendsgiving like two weeks in advance, they were planning this for two weeks,” he said. 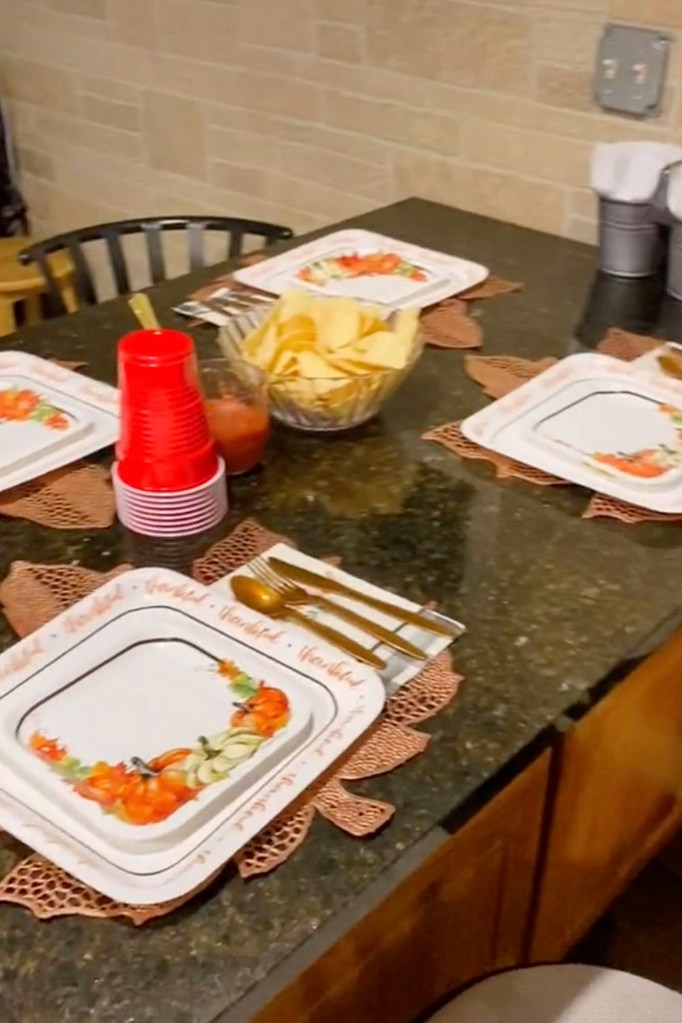 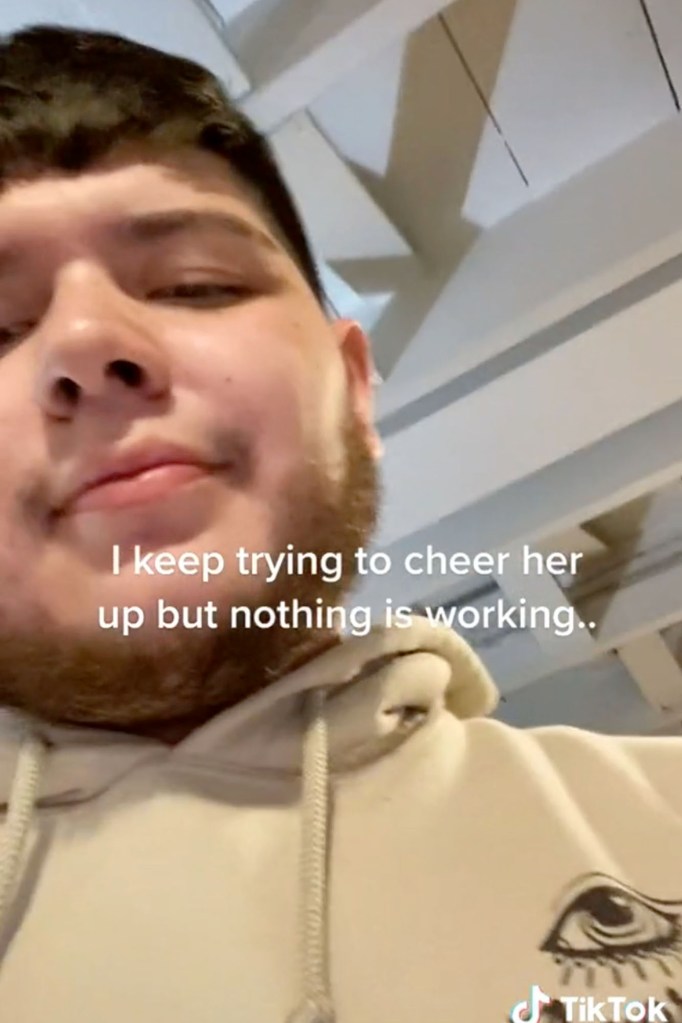 Christian Zamora says he was trying to cheer up her weeping girlfriend.TikTok / @kidalloy

In a now viral TikTok, that’s been viewed more than 14 million times, her boyfriend Christian Zamora, said her friends suddenly stopped answering all of her messages.

“They were planning everything, everything was all set — the date, the time, and everything. They were all gonna come.

“(But) when the day came and no one was answering the group chat. No one was texting or calling, but in her mind, she thought everyone was running late. When it hit the three hour mark, she was like, ‘Yeah no one’s gonna come.’” 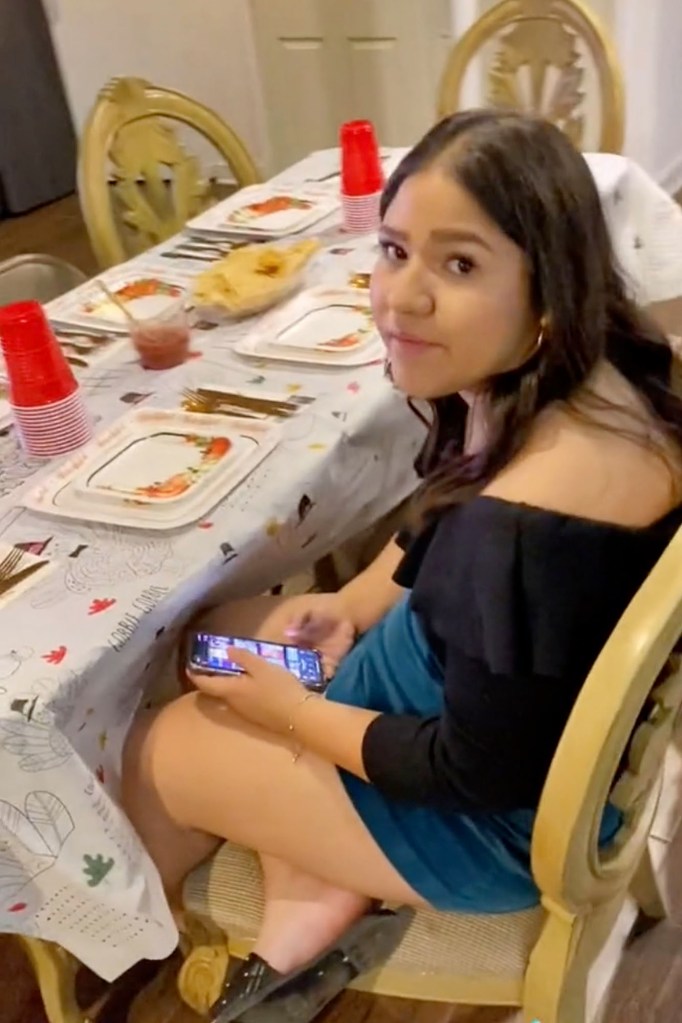 Christian Zamora says her girlfriend had “decorated the whole basement” for a special occasion. TikTok / @kidalloy 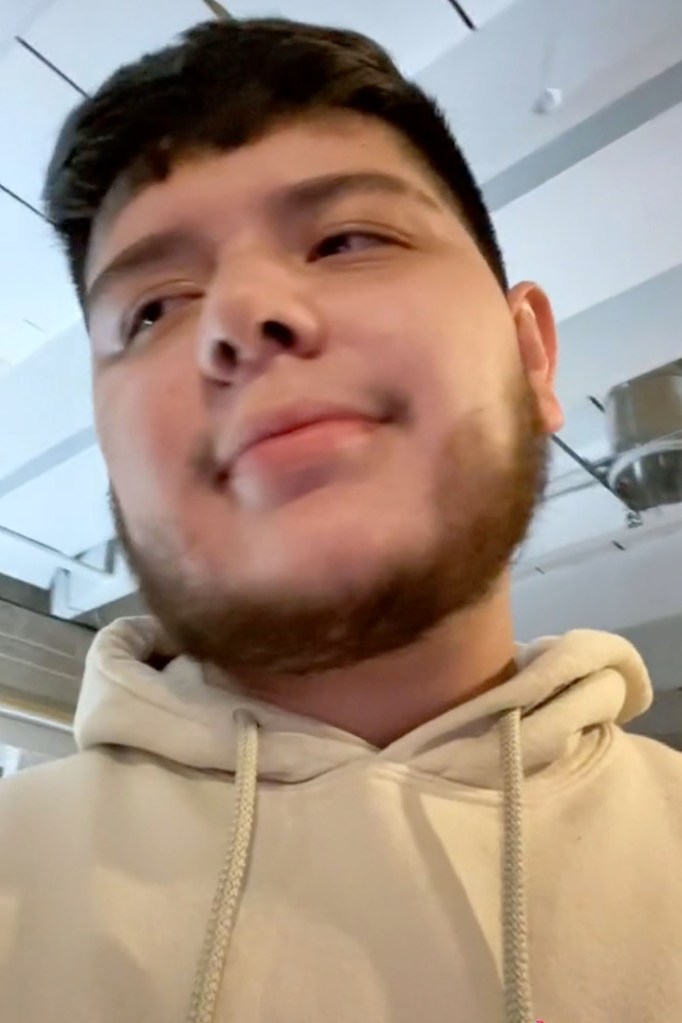 When she called Christian to explain what had happened he invited his own friends to fill the empty seats. 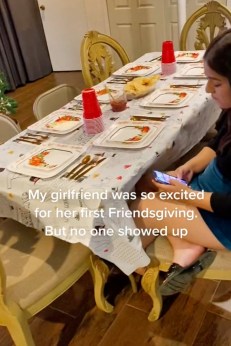 Christian Zamora’s girlfriend, Maryann, had invited her friends — only for them to ditch her without letting her know.TikTok / @kidalloy

“They were more than gracious enough to come. They all came and brought stuff. It’s like she had her own Friendsgiving, there was a happy ending to it,” he explained.

Maryann, who also appeared in the video, said she was no longer friends with the people who ditched her dinner.

TikTok users have since left thousands of messages in the comments section offering to be her friend and commending Christian on being ‘a sweet’ boyfriend.

“But it was a great night, his friends and his brother showed up. We had a great time,” she said.

“They brought drinks and stuff, it was a fun night. I was disappointed at the time but it turned out to be a really good night.”

Thousands of people have since commented on the videos offering to be her friend and commending her boyfriend for being “so sweet”.

“She just made 1000-plus real friends on here,” said another, while a third added, “Sweetheart this was good practice for when you have friends who are worthy of you and your hosting skills.”

Great Game, Poor Performance – When Does A Bad Frame Rate Not Really Matter?