Nowhere is the wait for repairs in city public housing more desperate than at the Castle Hill Houses in The Bronx — the number of open work orders for residents there has ballooned to more than 11,000 in recent months.

The repair request backlog at the sprawling four-block NYCHA development has grown by more than 26 percent over the last year as NYCHA failed to keep up with deteriorating conditions in the complex’s 2,000 apartments.

It’s the biggest backlog for any single development across the entire system of public housing in the Big Apple, which has more than 280 complexes, according to data reviewed by The Post.

The findings did not shock 20-year-old Henry Sanchez, who lives on the 19th floor of one of the complex’s 20-story towers with his disabled mother.

“When the elevator breaks we have to walk 19 flights of stairs. My mom’s life is at risk,” a clearly frustrated Sanchez told a Post reporter Friday.

The frustration extends into their unit, too, where paint is never properly repaired and Sanchez said he’s gotten a never-ending list of excuses about how his kitchen drawer remains unfixed after three years of complaints.

“We moved here three years ago and the kitchen drawer always had issues opening and closing. The drawer is now officially broken and they haven’t come to fix it,” he added.

The Castle Hill Houses have the biggest backlog across the entire NYCHA system.Google Maps

“The excuses are that they don’t have enough people to come fix it or because of COVID.”

Castle Hill is not alone as the maintenance backlog at the agency has grown citywide, reaching nearly 584,000 repair and maintenance requests in October. That’s up more than a quarter from the work orders open 461,000 in October 2020.

That’s pushed the average amount of time it takes the agency to complete a repair to a staggering nine months in October, which is a dramatic deterioration from the woeful six-month average reported the same time last year.

Silvia Santos, 89, said that she can’t even get NYCHA to come by and replace the shower rod in the bathroom of her Castle Hill Houses apartment — and that when repair crews do show up, they often leave the work unfinished.

Scandalous living conditions are nothing new at NYCHA, which has been under the partial control of a federal monitor since 2019 after decades of mismanagement exploded into public view thanks to a series of scandals over faked inspections, lead poisoning and mold infestations. 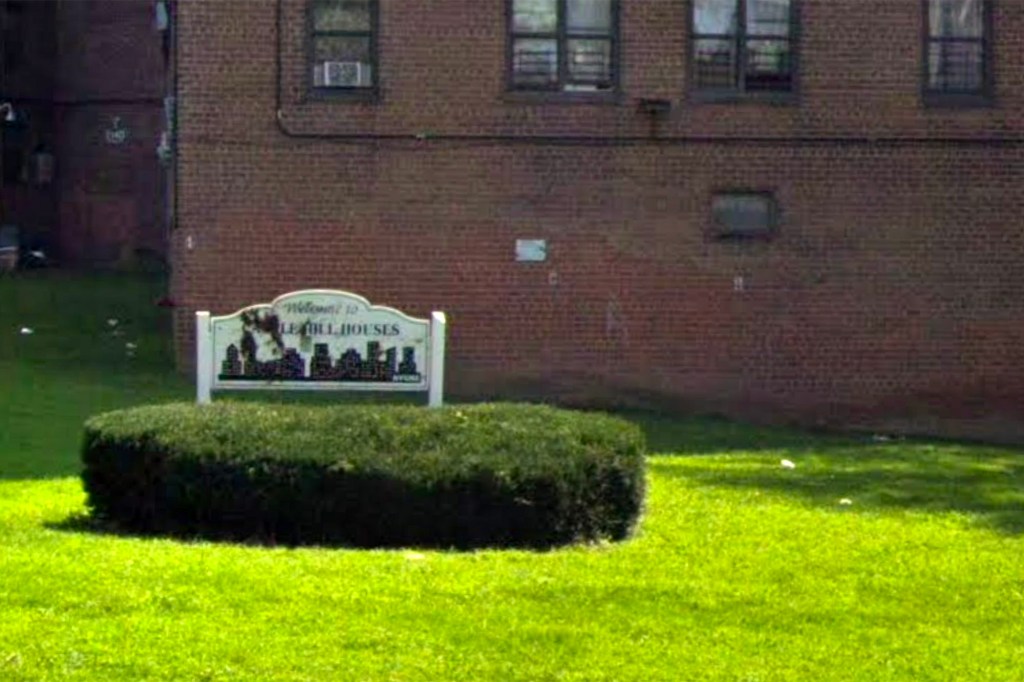 Castle Hill is one of many NYCHA developments that have seen issues go unfixed.Google Maps

City Hall estimates it would take at least $40 billion — or more than $180,000 per unit — to bring all of NYCHA’s developments back to a good state of repair.

NYCHA said that has rolled out a pilot program at select developments — but not Castle Hill — to speed repairs.

It said that it plans to eventually expand the program to the Bronx within the next six months.

The agency declined to comment specifically on the backlog at Castle Hill.