Don Johnson back after 20 years for ‘Nash Bridges’ reunion movie

Don Johnson is none the worse for wear in the first “Nash Bridges” reunion movie, premiering Saturday (Nov. 27) at 9 p.m. on USA.

Sure, he’s 71 years old now and sporting a clueless goatee (is that supposed to make him look younger?), but he’s comfortable in his skin as Nash Bridges, the hard-charging, rule-bending Inspector for the SFPD still working with his longtime partner, Joe Dominguez (Cheech Marin, now 75 and looking a bit bored) in present-day San Francisco.

That rule-bending gets Nash into trouble in the opening sequence — a high-speed car chase complete with pyrotechnics and squealing tires that gets him suspended from the force for what’s supposed to be two weeks. “Your cowboy cop days are over,” his boss, Lieutenant Lena Harris (Diarra Kilpatrick), tells him. But are they?

Cut to a year later and Nash, still suspended and working as a part-time limo driver and bounty hunter (yep), is brought back onto the force by New Age-y, politically correct SIU cop Steve Colton (Joe Dinicol). Nash calls him “a millennial snowflake” and his investigative methods, which include calling perps by their first names during interrogation out of respect, get on his Nash’s nerves. Cue the gruff older cop vs. the by-the-book newbie trope. Colton asks Nash’s help in tracking down the “Sunset Serial Killer” — who’s been terrorizing the city — and he, in turn, talks Joe, who’s now running a pot dispensary called Joe’s Barbary Coast (tagline: “Let’s be blunt: Joe knows his stuff”), to join him as a consultant. The murders are linked to an underground world and (of course) a gazillionaire tech guru. You’ll find out the rest if you watch the movie. 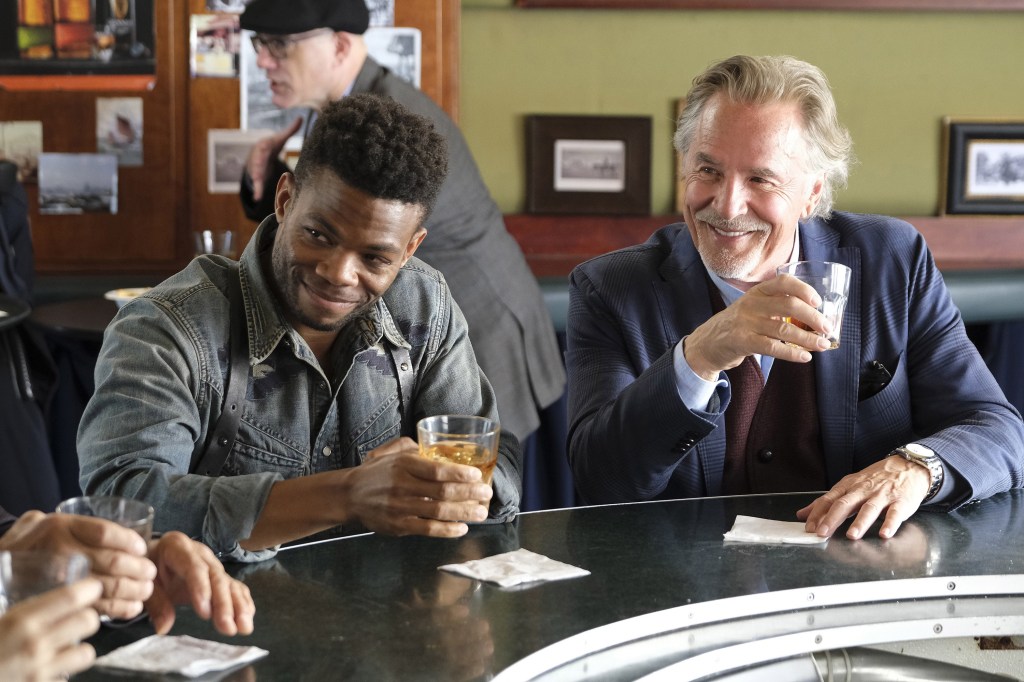 Paul James and Don Johnson in a scene from the “Nash Bridges” reunion movie on USA.©USA Networks/Courtesy Everett

Fans of the original series, which aired on CBS from 1996-2001, will be forgiven if they feel like they’ve stepped into a time machine. There’s plenty of violence (I lost track of the number of people shot to death), gory fight scenes and overactive audio effects (lots of splats) that harken back to the CBS version. But that’s OK in the context of a reunion movie. Why meddle with a proven formula? If it ain’t broke, don’t fix it, even if it is two decades later (it’s all about the nostalgia factor). Steve Franks has done a nice job of this with his three “Psych” reunion movies, which also air on USA, so maybe the network execs were thinking along those lines in bringing back “Nash Bridges.”

Jeff Perry returns as shut-in tech-head Harvey Leek — who hasn’t left his house in over six years — as does Nash’s yellow Barracuda convertible, a fixture in the original series. There’s some lip service paid to today’s times, including a trans SIU colleague, Chloe Zane (Alexia Garcia), and Nash mentions his (unseen) grown daughter, Cassidy, in passing (she’s working for Amy Intelligence). She was played in the original series by Jodi Lynn O’Keefe. Angela Ko and Paul James round out the SIU team as Ellie Tang and Keith “Philly” Morton. 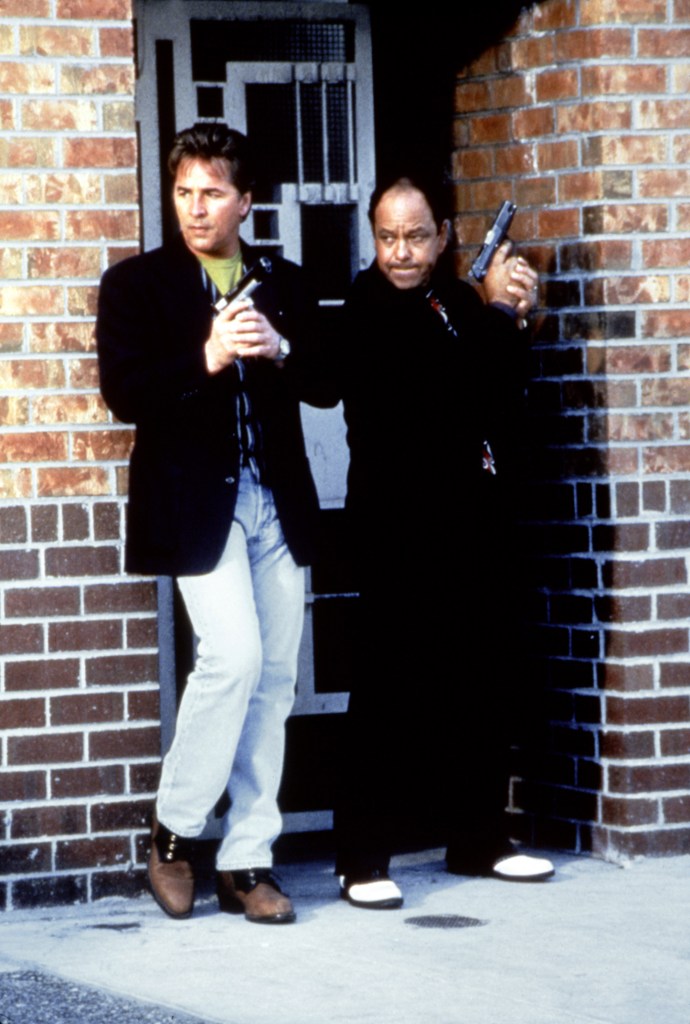 Don Johnson and Cheech Marin in the original “Nash Bridges,” which aired on CBS from 1996-2001.©Rysher Entertainment/Courtesy

The movie’s ending leaves the door wide open for a possible second installment of this iteration of “Nash Bridges.” That will depend on viewership, and the two-hour movie is briskly paced and interesting enough to draw fans back for a second go-round should that be the case.