Man United have confirmed what most of the football world already knew: Ole Gunnar Solskjaer is not up to task for a club of their ambitions. But the decision only came about after dragging a club legend through the wringer. 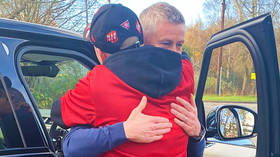 No matter how bad it got – and towards the end it was very bad – the Norwegian was never going to resign from the club to which his name will be forever linked.

Forget the fact that he will have earned a hefty severance fee for being asked to leave rather than falling on his own sword: Solskjaer just doesn’t do quitting.

It was this never-say-die approach which dragged United to the Champions League trophy in 1999 courtesy of Solskjaer’s late winner at the Camp Nou against Bayern Munich, breaking Bavarian hearts in the process, and something which would manifest into so-called ‘Fergie Time’ – that strange witching hour between 90 minutes and the final whistle when Alex Ferguson’s sides could magically conjure up a game-changing goal.

For so long, this was the identity of Manchester United. Success at all costs. And for quite a while, it didn’t cost all that much – it just sort of happened, as if by clockwork. Or at least that’s how it seemed.

United’s chief rivals towards the summit of the Premier League – Man City, Liverpool and Chelsea – have rolled with the punches over the years, toing and froing several times over before all three landed world-class coaches in Pep Guardiola, Jurgen Klopp and Thomas Tuchel.

For three years, though, United persisted with Solskjaer when, for at least 18 months of that spell, it was clear that he was several paces behind Europe’s list of coaching thoroughbreds, until finally United’s grim start to the season made the elephant in the room too difficult to easily ignore.

Solskjaer’s shortcomings became all too apparent this season when they were highlighted by the team’s lack of coherency, especially after the big name additions of Cristiano Ronaldo, Jadon Sacho and Raphael Varane.

Sancho, for example, was pursued by Solskjaer for well over a year and, when the young Englishman arrived, it seemed as though no-one at the club had a clue how to use him.

Ronaldo, too, was a strange piece of business. When you sign a player just so he doesn’t go to one of your rivals, that undermines any foundation that Solskjaer was trying to build – and to be clear, Ronaldo’s recent run of one goal in seven Premier League games certainly hasn’t helped the man who was persuaded to sign him by a United boardroom filled to the brim with money-hungry marketeers. 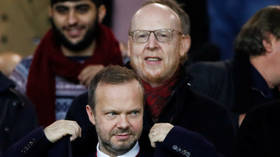 The notoriously injury-prone Varane has not featured enough to be adequately judged.

But while he was quite obviously out of his depth, Solskjaer cannot shoulder all the blame for the situation that United find themselves in on this colder than usual Sunday evening in the north of England. The board, the ever-unpopular Glazers, have, despite assembling the most expensive squad in Premier League history, done little to assure that they have the slightest idea how to run a football club.

Solskjaer simply shouldn’t have been in this position. Any coherently operated club would have quietly ushered him towards the door months – or even years – ago, but instead they slavishly pushed on with the path of least resistance in pursuit of ‘United DNA’, an abstract concept which has little to no basis in reality. 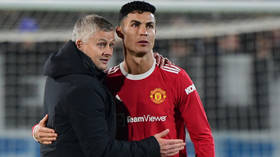 Instead, an overmatched Solskjaer was placed into the cauldron time and time again after the foundations had obviously crumbled following United’s 5-0 capitulation at home to Liverpool almost a month ago. Rather than improving from there, it got worse – to the point that Solskjaer’s final act while wearing the United crest across his heart was an attempt to quell hordes of booing fans as whispers of discontent in the stands metastasized into full-blown dissent aimed at a club legend.

And it’s the fault of the United board for putting him in that position.

What’s even more damning for this shell of a club is the manner in which they handled this uncoupling. It came at the end of two-week international break window when a new boss could have been bedded in. It came after Antonio Conte, who was reportedly interested, had been snapped up by Tottenham. It came when their hand was forced, rather than by considered design. 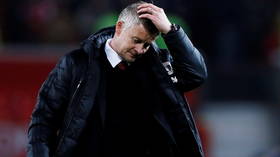 Michael Carrick, another former United man and Solskjaer’s inexperienced assistant, has been appointed interim manager before another interim manager is installed until the end of the season, when a permanent boss is expected to take charge.

But Carrick is a vestige of what went wrong within the club, so how can he be trusted to get the team back on track?

On the surface, it seems to be yet another piece of poor decision making from a club that has lost its way, and has spent too long self-aggrandizing over its own history.

The clear truth is that United are in danger of being swallowed whole by the expectations placed on them by decades of prior success. Solskjaer – and, yes, Ronaldo – are examples of the club looking back rather than forward, short-term dopamine rushes which fill the heart with memories of yesteryear while all the while the likes of Chelsea, Liverpool and City extend their present-day advantage over a fallen giant of a club.

The position the club finds itself in today is a symptom of a sickness which has been apparent inside the club for years and, so long as the boardroom remains as it is, don’t expect the next manager to do a whole lot better than the loyal, passionate but extremely overmatched Solskjaer.

The statements, views and opinions expressed in this column are solely those of the author and do not necessarily represent those of RT.

Woman Convicted of Manslaughter, Sentenced to 4 Years in Prison for Having a Miscarriage – Reason.com