If you’re wondering why you’ll see Drew Barrymore enshrining iconic ’80s girl group the Go-Go’s into the Rock & Roll Hall of Fame 2021 at the induction ceremony airing on HBO Saturday, well, it’s not because the actress and now talk-show host has released five new-wave albums that you don’t know about.

“Drew is a true fan — she’s a real Go-Go’s kid,” drummer Gina Schock told The Post. “She’s been coming to Go-Go’s shows since she was a little kid. I mean, I remember walking offstage and seeing her standing on the side of the stage with a big smile — her and her mom. And even as an adult, she would be at our shows. After all these years, she still feels strongly enough about the band to want to induct us.”

When you look at Rock Hall induction 2021 ceremony — which was taped a few weeks ago at Cleveland’s Rocket Mortgage FieldHouse — some of the pairings seem more natural. Taylor Swift inducted one of her female singer-songwriter heroes, Carole King, while Angela Bassett did the honors for Tina Turner, who the actress famously played in 1993’s “What’s Love Got to Do with It.” But inductors needn’t be fellow musicians or artists who were clearly inspired by the honoree. They can also be famous friends or fangirls.

Drew Barrymore enshrines the Go-Go’s at the 2021 Rock & Roll Hall of Fame ceremony, airing Saturday on HBO.Getty Images for The Rock and Ro

“When you have Trent Reznor inducting the Cure [in 2019], it’s great because he could talk so deeply about how much the Cure influenced him,” said RRHOF president Joel Peresman. “You look for some of those connections. But a lot of times you look for someone that’s in popular culture that can kind of talk about why this artist is important and why they’re a fan. You want to sometimes bring a little different perspective as opposed to necessarily another musician.”

Charlize Theron inducted Depeche Mode last year because the band had mentioned that she was a big fan. David Letterman shared his personal connection to Pearl Jam in 2017, bringing out a guitar that Eddie Vedder had given his son years ago. And in 2018, Howard Stern paid tribute to Bon Jovi after being personally enlisted by the rocker himself. “They’re big, big friends,” Peresman said, “and Howard at heart is a real rock ’n’ roll guy.” 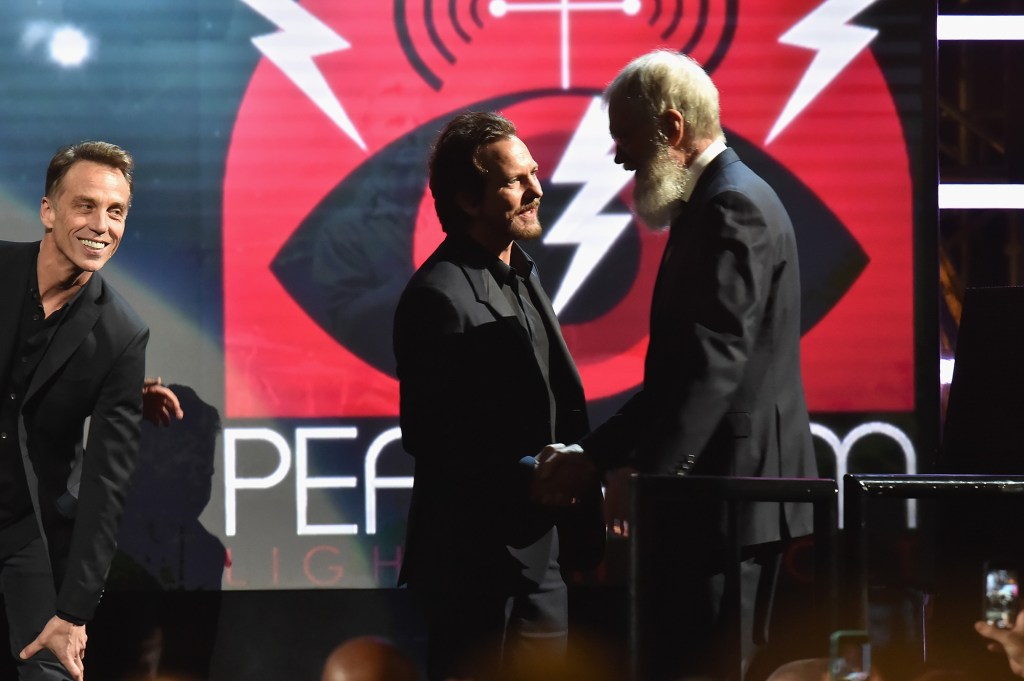 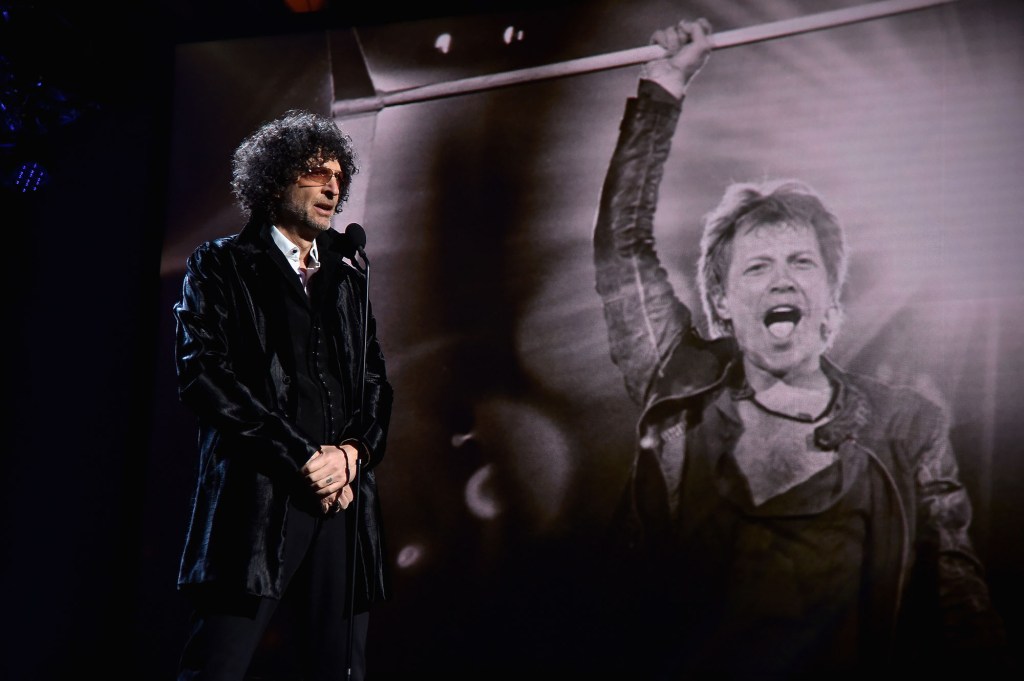 Howard Stern inducted Boni Jovi into the Rock & Roll Hall of Fame in 2018.Getty Images For The Rock and Ro

At this year’s event, Dave Chappelle inducting Jay-Z reflected the hip-hop impresario’s broader cultural impact. And it’s certainly more surprising than Drake or, for that matter, Kanye West would have been.

“We knew that they both have respect for each other, and we knew that Dave was a big hip-hop fan, a big fan of Jay-Z’s,” said Peresman. “We reached out to Dave, and he agreed immediately.”

And, Peresman added, Jay-Z “was all in” about choosing the comedian, who was selected months before the controversy surrounding transphobic comments he made in his Netflix special “The Closer.” Chappelle made brief reference to the controversy at the beginning of his speech, but, Peresman said, the “focus [was] on Jay-Z and the importance of him being inducted — and nothing else.” 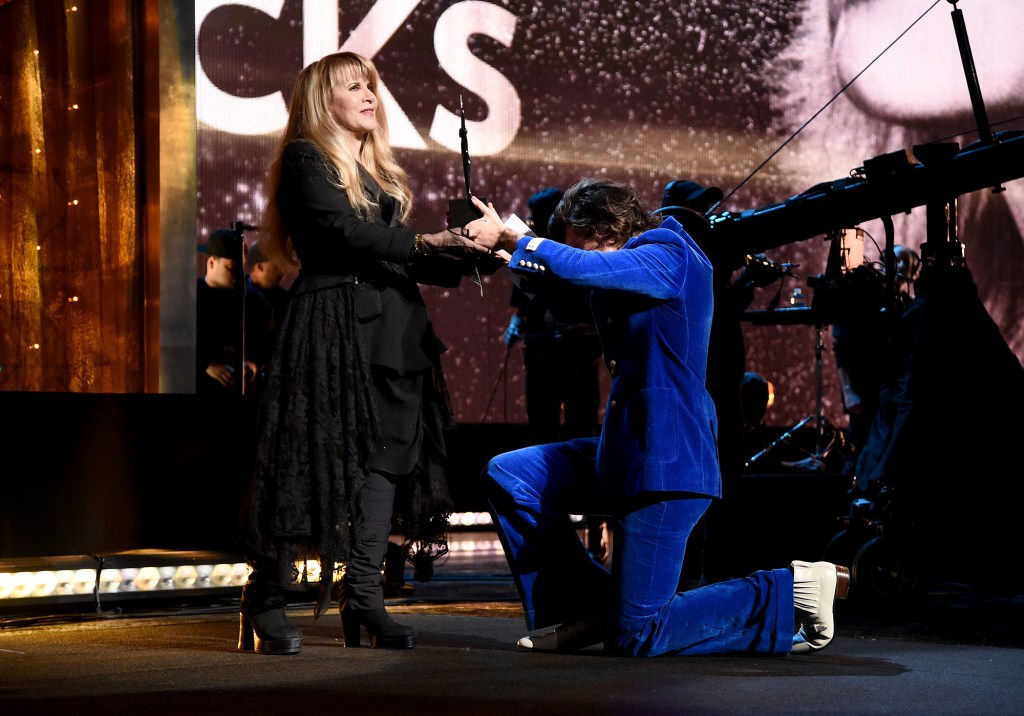 Sometimes — such as when David Byrne enshrined Radiohead in 2019 — the honorees are ushered in by their own idols, rather than the other way around. That’s also the case with Paul McCartney inducting the Foo Fighters this year. “The Foo Fighters were huge Beatles fans, and there’s a good connection and a friendship between the band — especially Dave [Grohl] — and Paul,” said Peresman.

In other instances, it’s a way to bring in younger viewers and school them on a certified rock legend — such as when Harry Styles inducted Stevie Nicks two years ago. “When we dug around, we found out that he was a huge Stevie Nicks fan,” said Peresman.

Still, even with the perfect idea, sometimes it simply comes down to availability with celebrities who can be booked many months in advance. But, Peresman said, there is one rule that always applies: “We try to find a person that the inductee doesn’t hate.”

Weekend in My Life: Here’s What It Looks Like Right Now