Biden’s Build Back Better facing obstacles in the Senate

The fight over President Biden’s Build Back Better social-spending bill has only just begun.

After months of wrangling, the $2 trillion budget-buster passed the House Friday on a slim 220-213 vote.

But in the Senate, Democrats are bracing for a bruising battle over a bill that some members of the party have hailed as a 21st-century New Deal that will spend billions on education, the environment, housing, and health care.

Democrats are expecting to go it alone in the evenly divided 50-50 Senate, the insider said, as the GOP stands solidly opposed.

President Joe Biden’s $2 trillion spending bill cleared the house and is en route to the Senate, where it faces a rocky future. AP

Normally, bills need 60 votes to overcome the Senate’s filibuster rule that ends debate on a measure. With no support from the GOP, Schumer will have to rely on a process known as reconciliation, a special exception for budget-related legislation that permits passage with a simple Senate majority.

But the strict rules of the reconciliation process mean that the House’s version of Build Back Better will be coming in for major changes.

Reconciliation can only be used on bills that are budget-neutral — that is, will not increase the federal deficit over a ten-year period. 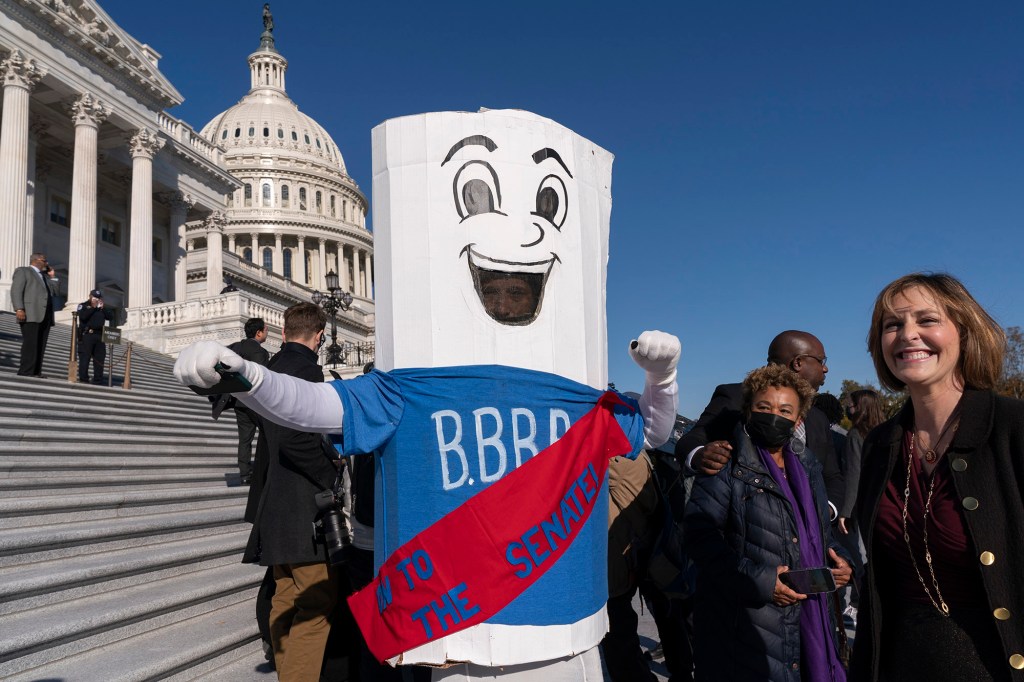 Democrats are expected to go it alone to advance this bill through the senate. AP

That’s why Build Back Better includes $80 billion for heavier enforcement by the IRS — and why the Congressional Budget Office’s conclusion that it will add $367 billion to the debt will force the Senate to do a major editing job.

Likely on the chopping block: the steep increase in the state and local taxes (SALT) cap, allowing wealthy taxpayers to deduct more from their federal returns — at an estimated cost of $285 billion, according to the Committee for a Responsible Federal Budget — along with paid family leave and universal preschool.

Moreover, the Senate’s “Byrd rule” means that no “extraneous matter” is permitted in a bill that passes under reconciliation rules: only spending and revenue items are allowed. 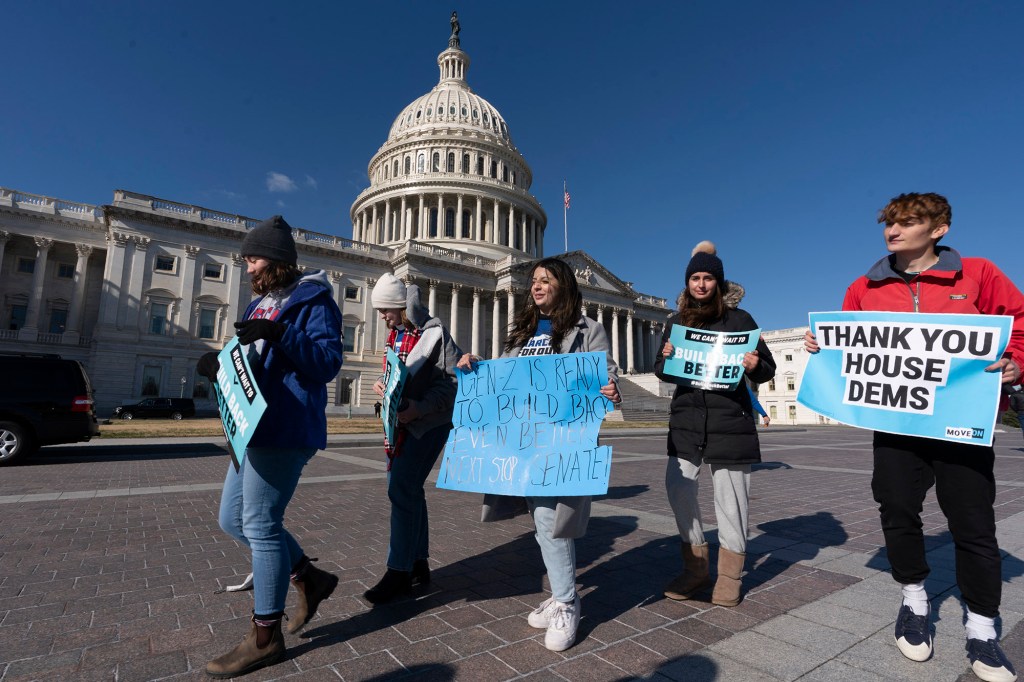 The bill faces major changes in the Senate in order to comply with the rules of the reconciliation process. AP

That could remove some of the House’s most cherished provisions — like an immigration overhaul that would grant a 10-year parole to millions of illegal immigrants. The Senate parliamentarian will ultimately decide which parts of the House’s bill can remain.

The debate will take weeks, with all of Congress now back home for a week-long Thanksgiving break.

“Christmas might be the 5-yard line,” the insider predicted, with a final vote by New Year’s Eve. 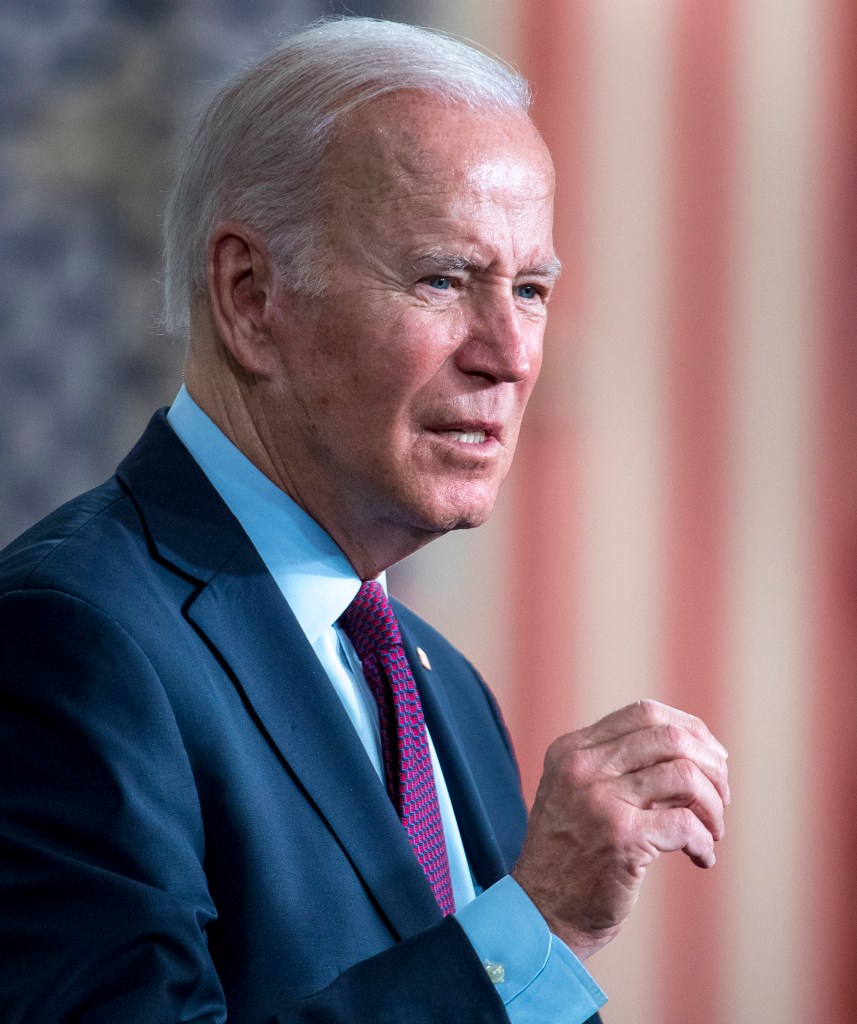 “It’s the Waterford ball or bust,” he said.

What’s in, what’s out of Biden’s Build Back Better

Climate programs: up to $570 billion in tax credits and spending, including $144 billion for renewable electricity, $7.5 billion for electric-vehicle charging stations, and a $7,500 credit for electric motorcycles

Child care: $382 billion for a new child-care entitlement program plus universal preschool for 3- and 4-year-olds

Child tax credit: $203 billion for a one-year extension of $250-per-child checks for most families

Medicaid and other health care: $165 billion for Obamacare subsidies, hearing benefits, and caps on drug costs 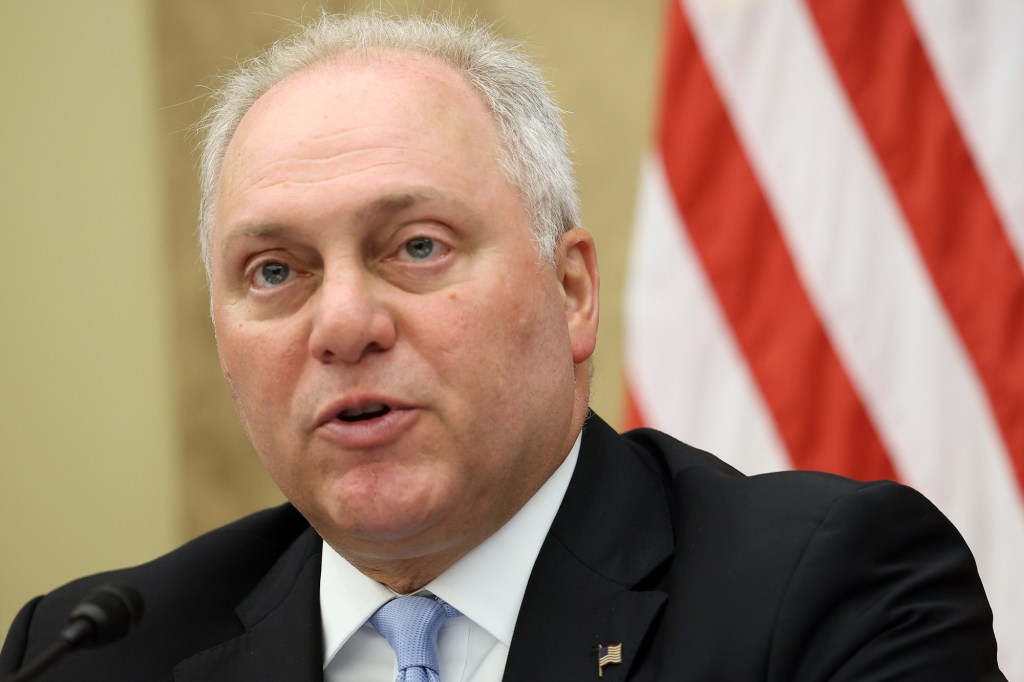 U.S. Rep. Steve Scalise came out against the bill on an interview with Fox News Sunday. Getty Images

Individual taxes: $655 billion on those earning $10 million or more

A Canadian Teen Was Arrested in a $36.5M SIM-Swap Heist