The “Fresh Prince” is dead! Long live the “King!”

Will Smith resuscitates his sagging acting career with “King Richard,” an engrossing and unusual (in a good way) new biopic about Richard Williams, the controversial father of tennis stars Venus and Serena Williams.

Director Reinaldo Marcus Green’s grand slam of a movie is an odd duck because, generally speaking, biographies tend to be made about huge names — Judy Garland, Jackie O., Tonya Harding — and their moms, dads, bosses and old flames are merely colorful side characters who come and go.

Not this one. “King Richard” is about how the Williams sisters got their start, absolutely, but it’s their tenacious, quick-tempered, eccentric dad who is at the center.

Richard is a helluva complex part, alternately lovable and aggravating, hilarious and scary, that’s so well-suited to Smith. His seismic performance almost makes you forget about “Gemini Man” and “Bright” and “Collateral Beauty” and “Suicide Squad” and “Concussion” and “After Earth” and …

The intense pop lives in Compton, Calif., in the early 1990s with his wife Oracene (Aunjanue Ellis), his daughters Venus (Saniyya Sidney) and Serena (Demi Singleton), and three daughters from Oracene’s previous marriage.

He writes a 78-page plan — yes, this really happened — to skyrocket the girls to tennis success.

What does his master plan entail? Beyond being their first tennis coach and barking that they keep an “open stance” on the court as they practice for hours on end, he has them learn multiple languages and gives them on-camera “media training.” That’s a tall order for preteens. 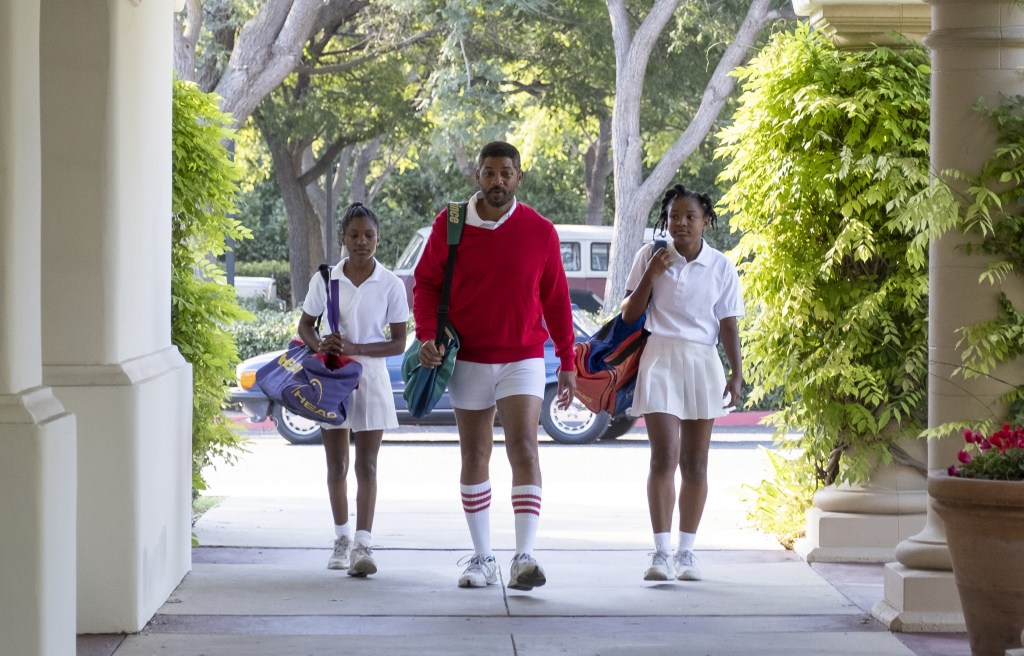 Richard Williams (Will Smith) wrote a 78-page plan to turn his daughters Venus and Serena into tennis superstars. Courtesy of Warner Bros. Picture

Here is where the depth comes in: We constantly wonder if he’s doing this out of the love for his girls, or to feed his own ego as he’s begging Pete Sampras’ coach Paul Cohen (Tony Goldwyn) to take them on for free, or moving the family to Florida for more training.

You can’t deny what Richard did worked. Venus, who the movie follows most closely as she’s slightly older, went on to win five Wimbledons and became No. 1 in the world. And Serena is one of the greatest all-around athletes in sports history. She’s won 23 Grand Slam titles. An astonishing feat. 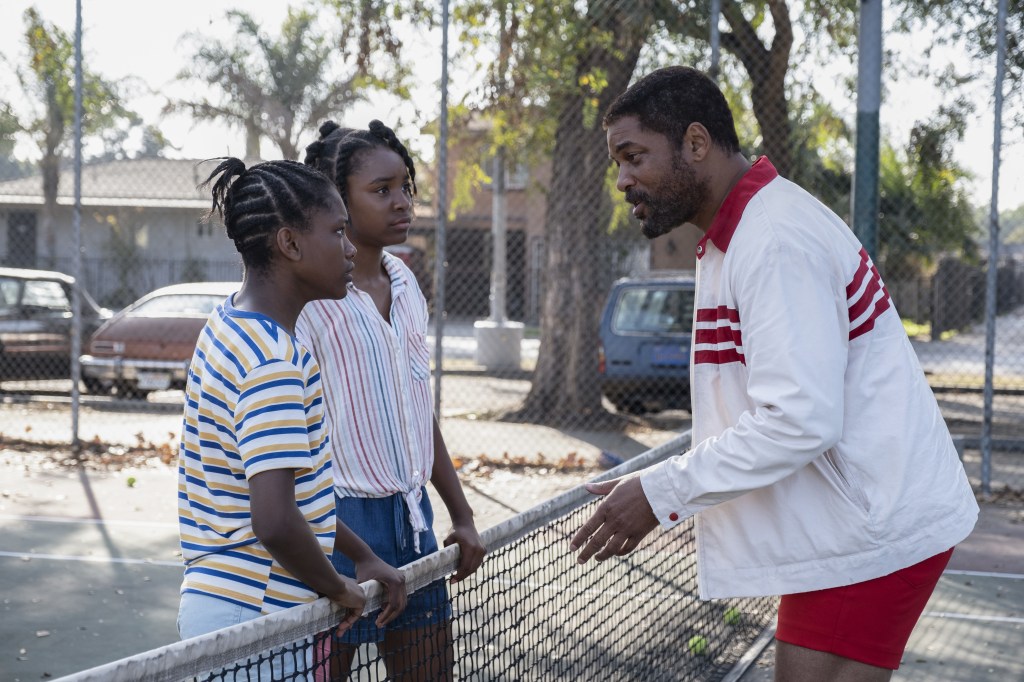 Will Smith wows as Richard Williams, father of Venus and Serena Williams, in “King Richard.”Courtesy of Warner Bros. Picture

Despite the glory, sometimes during the movie you’re mad at Richard’s brashness and his solo decision making. In a scorcher of a monologue, Oracene, powerfully played by Ellis, yells at him for directing Venus’ life without including his wife or daughter in the process. And for shocking her with the revelation of an abandoned former family she never told him about. He’s no saint — but he might just be a genius.

“King Richard” is also a brilliant sports movie, by the way. While we obviously know that Serena and Venus end up as world-famous phenoms, even most tennis die-hards can’t recall their junior scores. The uncertainty gives the well-shot matches real suspense.

Most intriguing, though, is that Venus and Serena are both executive producers of “King Richard” and are supporting the movie in the press. Given their involvement, you’d expect a saintly hagiography that slides over the truth. But that’s not the film they’ve supported. Richard is flawed, never villainous or heroic, and rarely follows his own fervent advice to be humble. You leave in awe of what he accomplished, but not admiring the whole man. Few biopics dare to have layers anymore.

Kudos to the Williams sisters for being so (US) open.

Report: Expect a boon for IT channel firms

6 Privacy Features of Windows 11 You Should Use Right Now