Former England batter Gary Ballance has denied an allegation that he failed a recreational drugs test at Yorkshire.

Former team-mate Azeem Rafiq claimed in his witness statement about racism at Yorkshire that the club had “protected Ballance with respect to his drug and alcohol issues”.

Rafiq also said that Yorkshire instead told the public he was missing games because of mental health issues.

A representative for Ballance denied the specific allegations raised.

“These allegations are categorically untrue and should never have been made,” a statement said.

“Gary has never, to his knowledge, missed a drugs test and would not do so.”

Rafiq gave a witness statement as part of his employment tribunal against Yorkshire.

It was published after the former bowler spoke to the Digital, Culture, Media and Sport select committee about his experiences of racism during his two spells at Yorkshire.

“Over the years, YCCC protected Gary Balance with respect to his drug and alcohol issues, allowing him to miss drug hair sample tests to avoid sanctions,” the statement read.

“When he failed a recreational drug test and was forced to miss some games, the club informed the public he was missing games because he was struggling with anxiety and mental health issues.”

Speaking on Tuesday, Rafiq said racist language was used “constantly” at Yorkshire and he received “inhuman” treatment after the stillbirth of his son in 2017.

He said the atmosphere became “toxic” after Ballance took over as captain and described the batter’s behaviour as disgusting.

Ballance has previously admitted using racist language about Rafiq’s Pakistani heritage towards him. In a lengthy statement released earlier in November, Ballance said he “deeply regrets” the language he used. 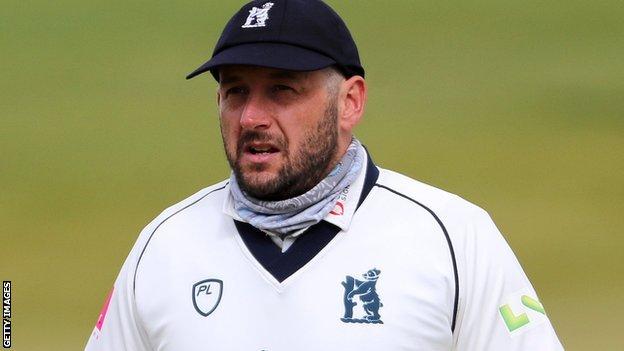 Warwickshire’s Tim Bresnan has “categorically denied” allegations of racism made against him by Rafiq.

In his witness statement Rafiq accused Bresnan of “frequently” making racist comments towards him during their time together at Headingley and said Bresnan’s behaviour led him to have “suicidal thoughts”.

He said Bresnan, who played 23 Tests and 85 one-day internationals for England, later apologised “but it was lip service”.

In a statement on Tuesday evening, Bresnan apologised to Rafiq for the bullying claims but denied allegations of racism.

“For any part I played in contributing to Azeem Rafiq’s experience of feeling bullied at Yorkshire, I apologised unreservedly,” said the former England international.

“I must though categorically deny his accusation that I ‘frequently made racist comments’. This is absolutely not true.”

Warwickshire say they will investigate Rafiq’s claims and that Bresnan will fully co-operate.

“We are seriously concerned to learn of Azeem’s direct allegations against Tim Bresnan,” read a statement.

“As a result, Warwickshire CCC will seek to talk to Azeem at the earliest opportunity so that we can fully understand the detail of these allegations. We will then talk to Tim to get his perspective.

“This is a delicate matter, as it involves allegations about Tim’s behaviour while at another club. However, as we have said before, racism or bullying will not be tolerated here at Warwickshire, and we will not shirk from investigating these matters in full and taking action if necessary.”

Rare Einstein manuscript is ‘most valuable’ ever to come to auction

PENNYWILD: “THERE’S ALWAYS A WAY TO STRATEGICALLY BUILD UP ENERGY AND RELEASE IT”