A dose of dolce vita is the perfect post-pandemic pick-me-up, and there’s never been a better time to book a trip to Italy. Luxury airline Emirates has just relaunched its daily service between JFK and Milan (from $597 round trip).

If that’s not enough reason to book a jaunt now, the lure of these swanky new hotels should clinch it — we’ve rounded up the best new spots across the country for jewelry lovers. Just be sure to check the Italian tourism board for the latest in pandemic-related restrictions before your takeoff.

The 62-room hotel offers spectacular city views from its rooftop restaurant, Lucie, along with a short stroll to the city’s best luxury shopping. Florence is, of course, a hot spot for everything from leather to jewelry — Guccio Gucci (so good they named him twice) opened his first shop there exactly 100 years ago this year.

In nearby Umbria, the dreamier, quieter counterpart to Tuscany, there’s Castello di Reschio (from $650 per night), which opened in May.

The 36-room resort is a passion project for Count Benedikt Bolza, whose father first bought the 3,700-acre property almost 30 years ago; the aristocratic architect has painstakingly restored it all, kitting out rooms with furniture from his own line. Horse-mad visitors can saddle up at the on-site Equestrian Centre, with top-notch dressage horses and regular performances steered by trainer Antonello Radicchi during the summer months. 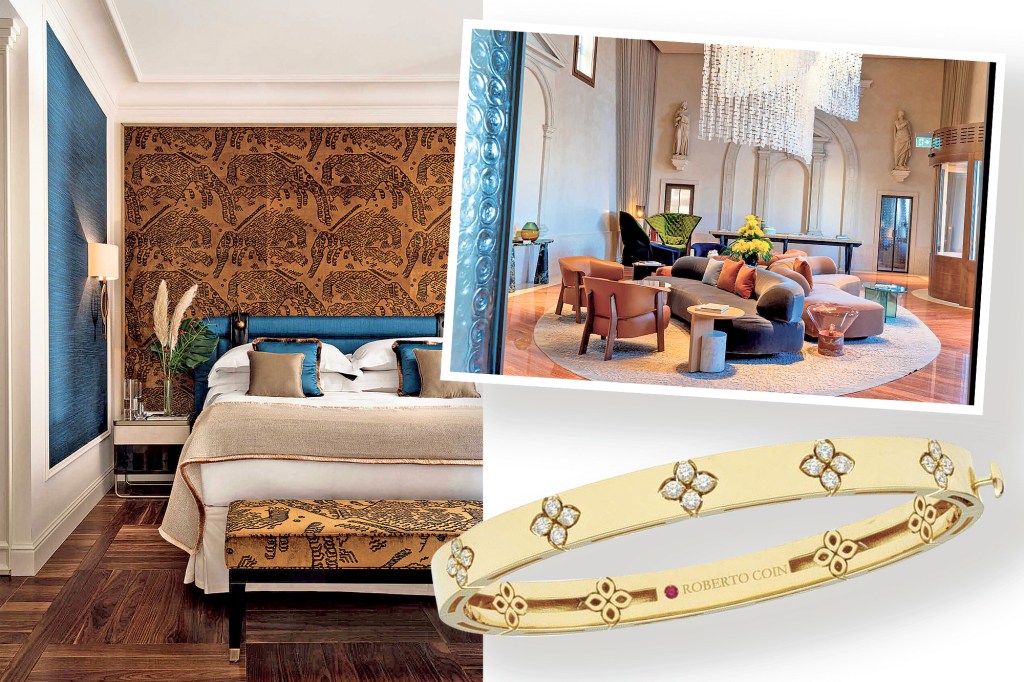 The toniest, wealthiest corner of Italy lies northeast — in and around Venice.

Well-to-do towns like Vicenza have long earned accolades (and piles of cash) from their goldsmithing skills, with brands like Roberto Coin still based here. “Romeo and Juliet’s” erstwhile home, the culture-heavy town of Verona is another draw in the area.

The imminent arrival of Vista Palazzo Verona (from $930 per night) will only boost its appeal. With 16 suites and a rooftop bar/restaurant overlooking the UNESCO-endorsed skyline, it’s the first major five-star hotel in the city.

Meanwhile, in Venice proper, the buzziest new opening is Ca’ di Dio (from $380 per night), a one-time ecclesiastical compound (hence the name, House of God). It dates back to the 13th century but has received a radical overhaul by designer Patricia Urquiola that’s refreshingly clean-lined and contemporary, a rarity in chintz-prone Venice.

The 66 rooms are arranged around two internal courtyards, where the hotel’s restaurant and an on-site vegetable garden will offer sustenance after all of your treasure hunting. Overlooking the lagoon near the Arsenale, the hotel will also certainly draw the arterati this spring, for the 2022 Venice Biennale Arte exhibition. 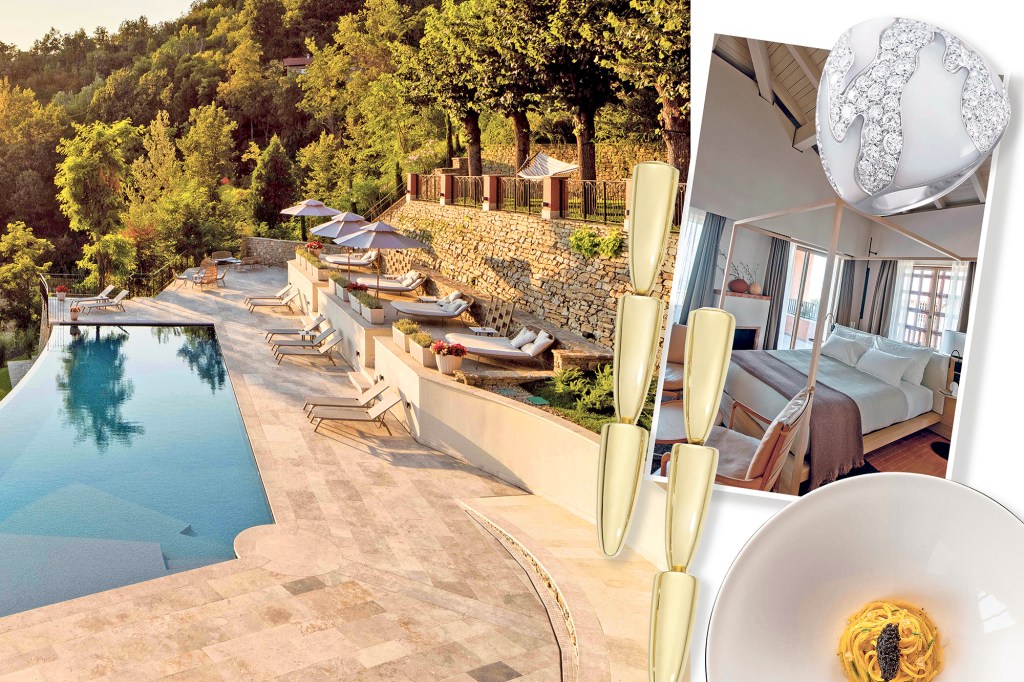 This region in Italy’s northwestern corner is a hub for many luxury sectors, and the town of Valenza is a power player in the gem world: home to Pasquale Bruni, Picchiotti and Vhernier, among others.

Gourmets also flock to Piemonte for the chance to sample the world’s best truffles, snaffled from the soil by specially trained Lagotto dogs; the most prized, white truffles from Alba, are in season for the next couple of months.

It’s the perfect time to check into the 39-room Casa di Langa (from $660 per night), which opened this spring in the foothills of the Italian Alps and boasts its own truffle concierge, who’ll handle everything from arranging foraging trips on the hotel’s 100-acre estate, to shopping the local markets. Guests’ purchases can be stored in a dedicated chiller before Turin-born chef Manuel Bouchard preps them at the hotel’s restaurant, Fàula.

The other new option in the area is Nordelaia (top, from $240 per night).

It’s a funky 12-room reboot of a centuries-old farmhouse, with a spa and hammam added to the basement, along with a new restaurant annex serving dishes from Michelin-endorsed chef Andrea Ribaldone; try the hotel’s own pinot noir as an aperitivo.

Would You Make a Great Sleep Coach?

Why Health-Care Workers Are Quitting in Droves

72% of Consumers Are More Likely to Return to a Brand that Creates a Strong Online Community, Amity Research Finds