During the White House press briefing Monday, Buttigieg was asked by The Grio reporter April Ryan “how you will deconstruct the racism that was built into the roadways”.

Buttigieg responded that he was “still surprised that some people were surprised when I pointed to the fact that if a highway was built for the purpose of dividing a white and a black neighborhood, or if an underpass was constructed such that a bus carrying mostly black and Puerto Rican kids to a beach — or that would have been in New York — was designed too low for it to pass by, that that obviously reflects racism that went into those design choices.”

Transportation Secretary Pete Buttigieg said he was “”still surprised that some people were surprised” about roadway design choices that reflect racism.Susan Walsh/AP

In a Twitter thread, Kessler cited different portions of Caro’s 1974 tome, which he called “one of the best nonfiction books ever written.” He also shared a piece by colleague Phillip Bump, who claimed Buttigieg was being “mocked” for speaking “truthfully.”

On Wednesday, however, Kessler walked back his initial take.

“When Buttigieg made these comments at the White House, some right-leaning Twitter users immediately cried foul,” he explained, adding, “Well, our knee jerked.” 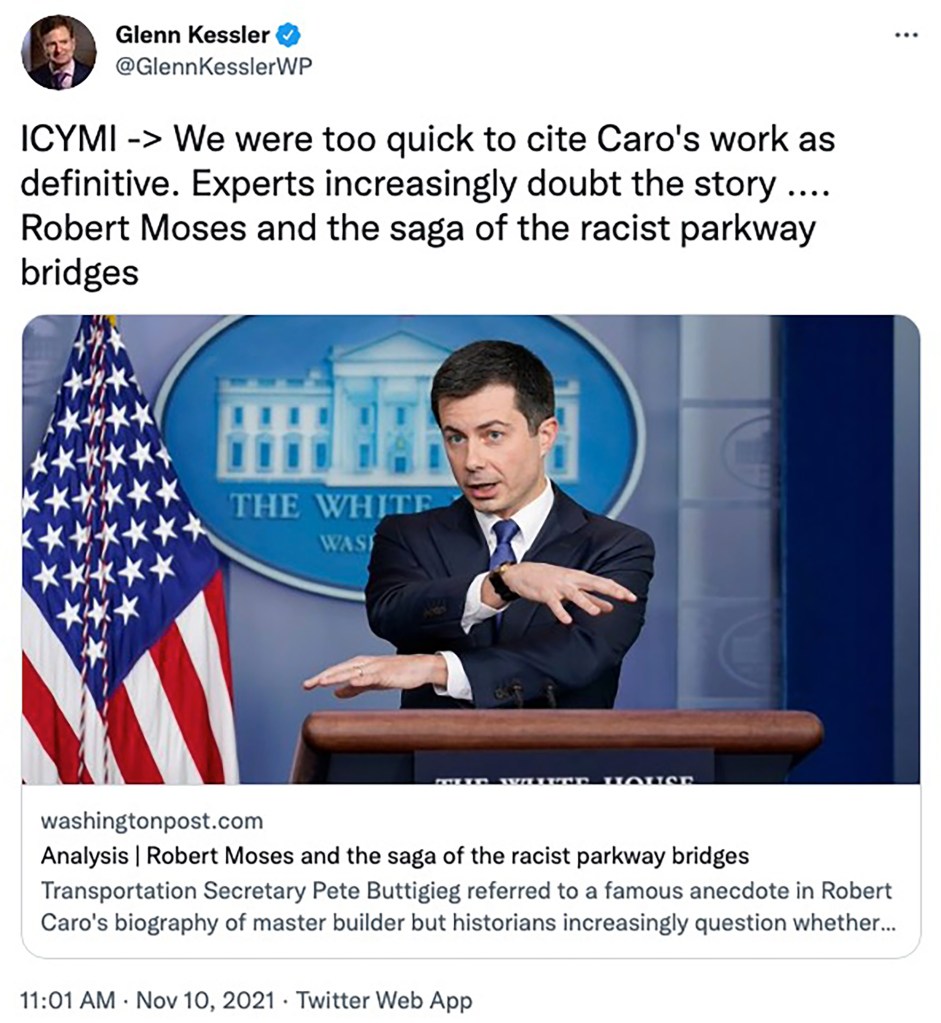 According to Kessler, he had been contacted by Peter Shulman, an associate professor of history at Case Western University, who said the bridge story cited by Caro is “largely debunked.” Another historian, Kenneth T. Jackson of Columbia University flatly told Kessler in an email that “Caro is wrong.”

“Arnold Vollmer, the landscape architect who was in charge of design for the bridges, said the height was due to cost,” Jackson wrote, according to Kessler. “Also, you can still get to Jones Beach by train and bus, as you always could.”

While Kessler noted that the bridge debate remains unsettled, he wrote that “Buttigieg should tailor his remarks to reflect what is historically unimpeachable — and we should be more careful to double-check on the latest views of historians. Even a Pulitzer Prize-winning book is not always the last word on a subject.” 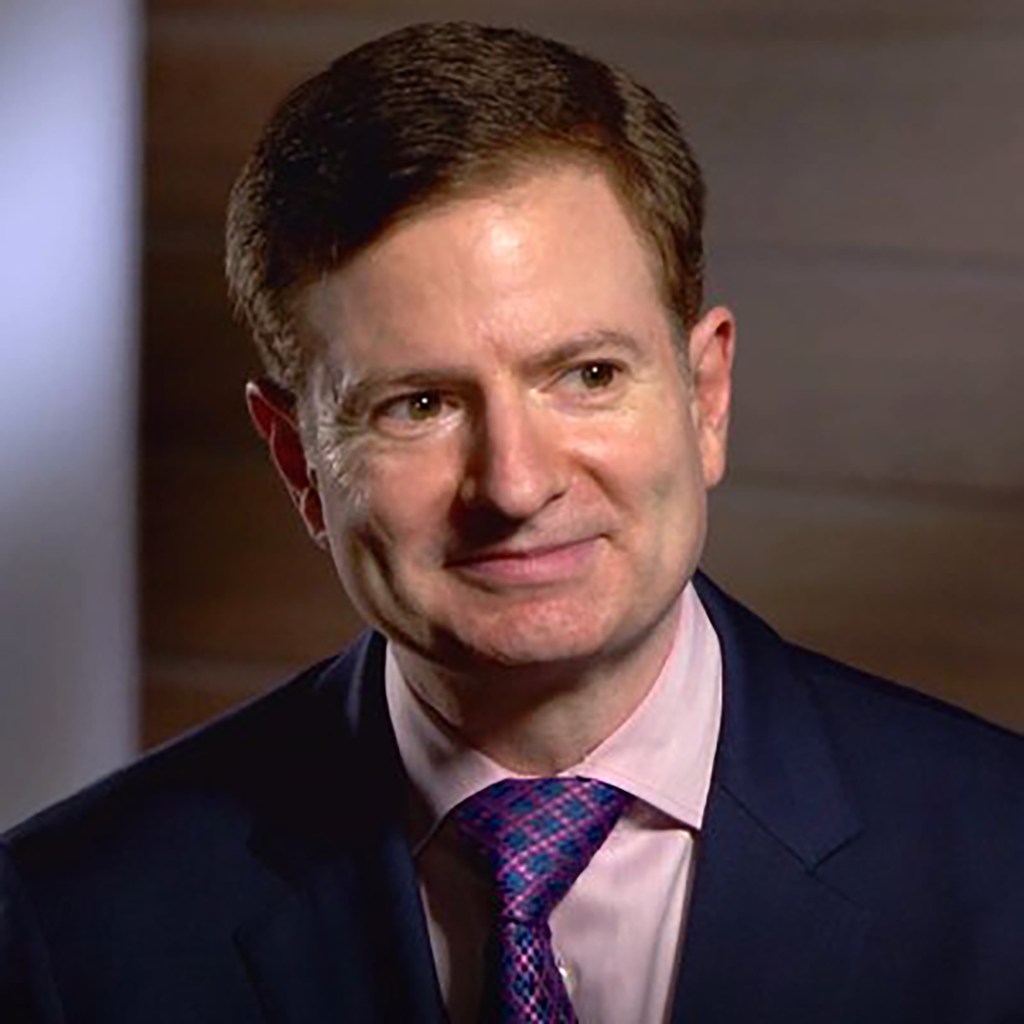 Glenn Kessler admitted “we should be more careful to double-check on the latest views of historians.”Twitter

Shortly after Kessler’s analysis was published, he tweeted a link to it in his original thread from Monday, adding: “ADDENDUM: Experts increasingly doubt this story.” Kessler’s original tweets defending Buttigieg have not been deleted.

In a separate tweet, Kessler admitted again that he jumped the gun in his defense.

“Yep. I believe in holding myself accountable if new information emerges,” he said in response to a tweet critiquing the progression of his original thread. “I tweeted too quickly — and now have written a full story examining the evidence.”