The bulls are on the march again and this time they’ve set their sights on a new all-time high for Bitcoin (BTC) price which is within striking distance of the $67,000 level.

Data from Cointelegraph Markets Pro and TradingView shows that a late-night surge on Nov. 7 catapulted the price to an intraday high at $66,557 and at the time of writing trading volume continues to increase as bulls attempt to secure a daily close above $66,000.

Here’s a look at what analysts are saying about today’s rally and where BTC price might head in the short-term.

Independent market analyst Rekt Capital posted the following chart highlighting his point-of-view that there is “one final resistance left before BTC enters its parabolic phase of the cycle.” 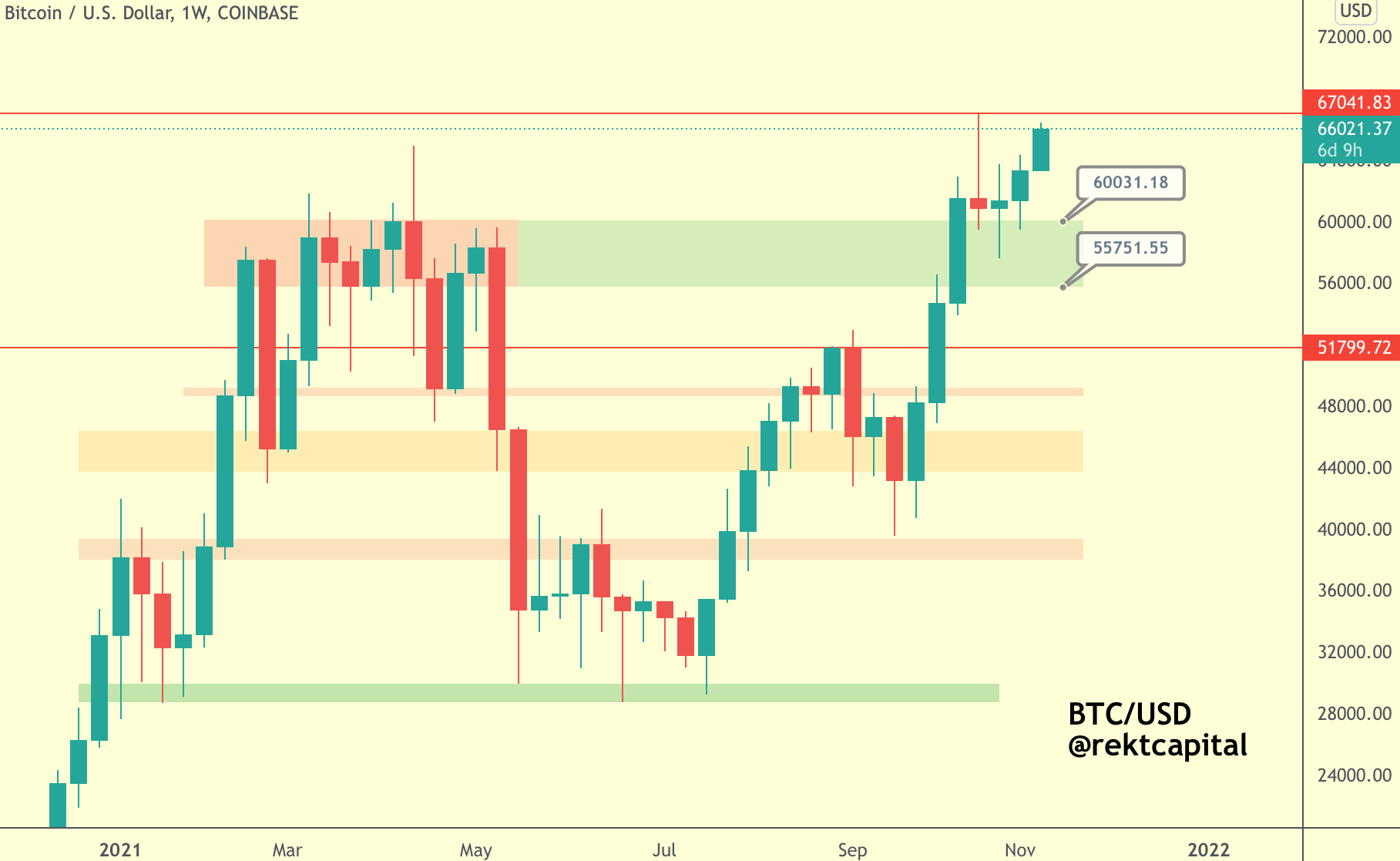 As seen in the above chart, the last major resistance level standing in BTC’s way is near $67,000.

Insight into how long this bullish breakout could sustain was provided by David Lifchitz, managing partner and chief investment officer at ExoAlpha, who indicated that Monday’s price action is a clear sign that “the bulls are in control and will probably remain as such by year-end.”

A word of caution was offered by Lifchitz, however, as the saga that is Mt. Gox could reassert its influence on the cryptocurrency market in 2022 and potentially bring a halt to any bullish momentum.

“With the Mt.Gox liquidation looming sometime in January on top of a historically weak quarter (Q1), the bears may take their revenge by then. That being said, the bulls have taken over for now and I don’t see any reason for them to turn back, besides the usual breathers, unless there is some drastic news on the regulation front which is always the wild card hanging over a bull market…”

“The squeeze” is just beginning

A second bullish take on Monday’s price action was provided by options trader and crypto Twitter analyst ‘John Wick’, who posted the following chart highlighting a squeeze break out into a major resistance zone as BTC price approaches the “clear skies” above. 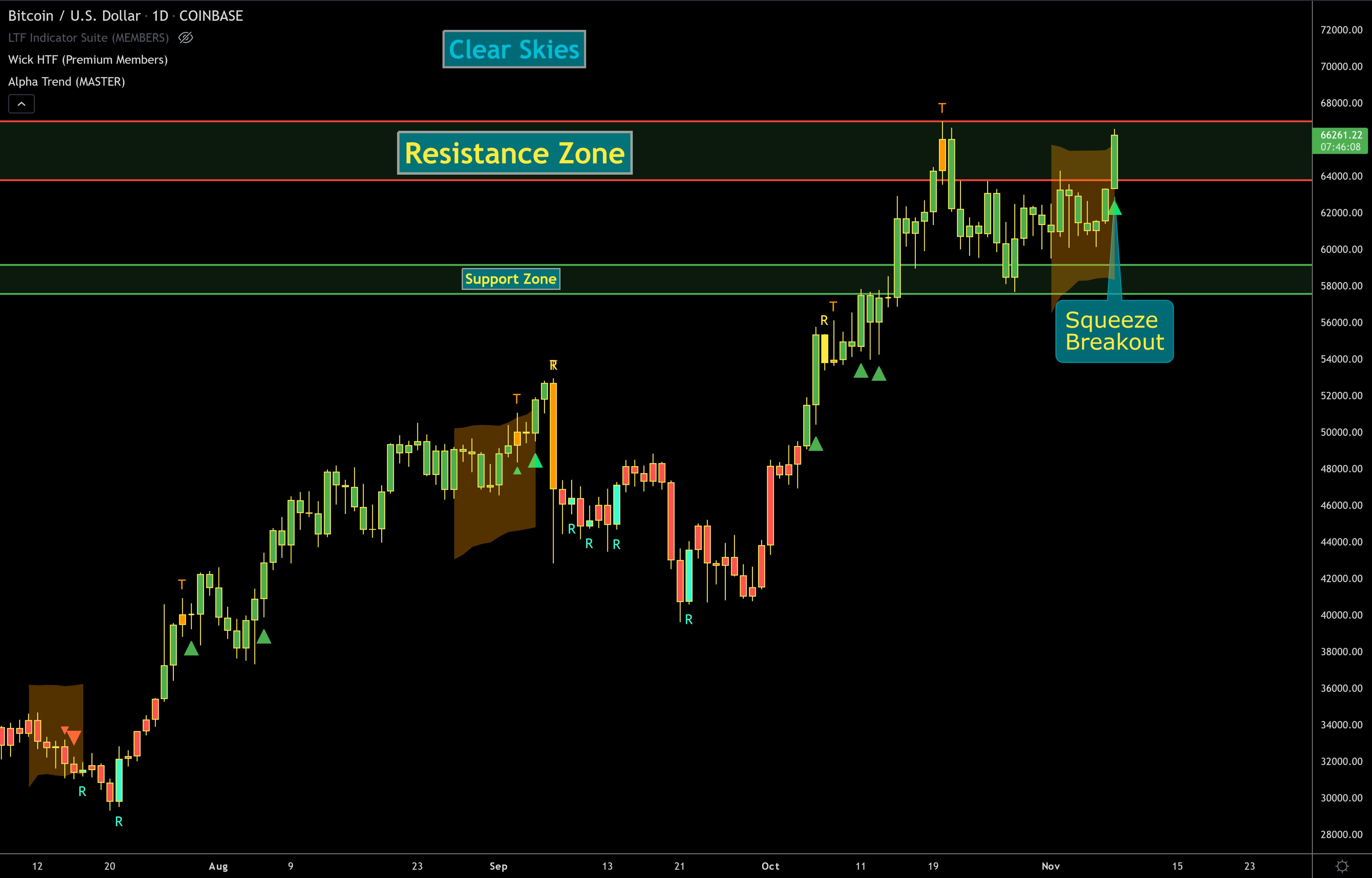 Related: Bitcoin flippens Tesla and Facebook — will Amazon be next?

One final perspective was offered by crypto analyst and pseudonymous Twitter user ‘TechDev’, who posted the following chart comparing the price action during previous Bitcoin bull cycles to the current market.

The current phase of the market as compared to previous cycles is highlighted by a yellow circle and the words “You Are Here,” suggesting the possibility that a parabolic blow-off-top could come within the next couple of months for Bitcoin if the current cycle plays out in a similar fashion as the last two.

Pokémon Has a Leak Problem

Should You Paint the Outside of Your House Yourself or Hire a Professional? –

30 Marketing Memes Only Business Owners and Marketers Will Understand

These Are, Hands-Down, the Best Brussels Sprouts I’ve Ever Had

Where next on COP26? Here are some ways forward | View