Bills and Bucs Leading the Race

The 2021 NFL season is drawing close to its halfway point, after the conclusion of the eighth week of football action. With Super Bowl LVI scheduled to be played on February 13, 2022, at SoFi Stadium in Inglewood, California, the title race has already shaped up into one of the most thrilling in recent years, with several franchises in contention to dethrone Tom Brady and the Tampa Bay Buccaneers, and lift the Vince Lombardi Trophy at the end of the season.

With almost half of the season already in the books, we can finally start projecting the favorite teams to reach the upcoming Super Bowl. Surprisingly, the Tennessee Titans lead the AFC with a 6-2 record, coming off a 34-31 victory against division rivals Indianapolis Colts, closely followed by the Oakland Raiders, Baltimore Ravens, and Buffalo Bills, each posting a 5-2 record. In the NFC, the Green Bay Packers and the Arizona Cardinals have the best record in the league, with 7 wins in 8 games, and currently lead the conference, with the Cowboys and the Bucs right behind.
Ahead of Week 9, bookmakers and sports betting analysts have the Tampa Bay Buccaneers as the favorites to win the NFC and reach Super Bowl LVI, at +300 odds, followed by the Dallas Cowboys and the Green Bay Packers, at +400 and +450 odds respectively. In the AFC, Josh Allen and the Buffalo Bills are favored to claim the conference title, at +200 odds, with the Baltimore Ravens as the second favorites at +550. Despite a terrible start, the Kansas City Chiefs are also among the favorites to reach Super Bowl LVI, with +650 odds to win the AFC. With ten weeks remaining in the regular season, football fans can already pick their conference winners – and even claim a special offer at https://betoclock.com/betrivers-affiliate-code. 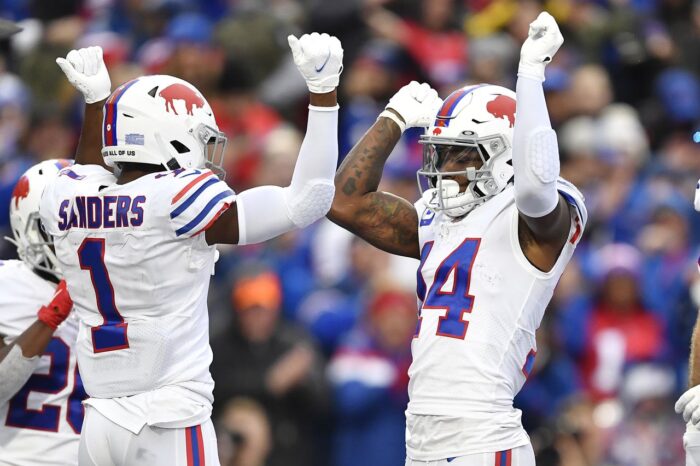 The battle for the AFC this year certainly is one of the most promising in recent years, with at least 5 fighting for the top of the standings, and several others with a real shot at a postseason appearance.

The Buffalo Bills, however, are the odds-on favorites to win the conference title, and their recent performances made it clear that the team is ready to achieve big things. With a strong defense – the best in the conference so far – and one of the best offenses in the league, the Bills surely have what it takes to blast the opposition. After beating the Miami Dolphins last Sunday, the Bills lead the AFC East and a playoff appearance is almost certain.

“Life in the NFL is every week,” said Buffalo head coach Sean McDermott. “Life in the NFL is tight margins and records don’t matter. You have to bring you’re A game every week. […] The margins are tight in this league every week, no matter who you play. That’s what we have to expect. The details are important, the discipline we carry into every game, and us improving, certainly a lot to improve on as you saw.”

No team in the AFC has been hit harder by injuries than the Baltimore Ravens, yet they have one of the best records in the conference and lead the AFC North, thanks to the Bengals’ defeat against the Jets on Sunday. After the bye week, however, several key players are set to return in their matchup against the Vikings, as the Ravens march to their fourth playoff berth.

Despite a cold start to the season, in which the team lost three of their first five games, the Kansas City Chiefs remain among the favorites to win the AFC title. Currently sitting at the bottom of the AFC West, the Chiefs still have some intra-division matchups in the schedule, so a playoff run isn’t off the table yet. 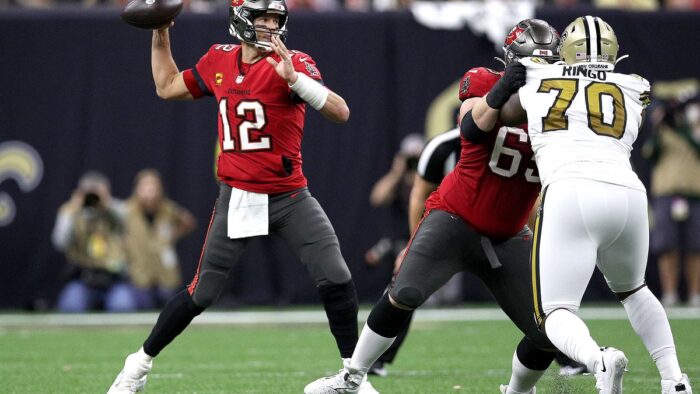 Things are really interesting in the NFC, with several teams recording only one loss, and the battle for the conference title poised to be a fierce one. However, this also makes picking the favorites a bit harder.

Still, the defending champions Tampa Bay Buccaneers remain the favorites to win the conference, and also Super Bowl LVI. Despite their intra-division loss to the New Orleans Saints on Sunday afternoon, the Bucs lead the NFC South with a 6-2 record and the best offense in the NFL.

Besides, is there still someone who doubts Tom Brady and his ability of leading a team to glory? I don’t think so…

With the return of Dak Prescott after a season-long absence in 2020, the Dallas Cowboys are a force to be reckoned with in the NFC. The team currently leads the weak NFC East, and their remaining schedule indicates a playoff berth is almost guaranteed. Recent outstanding performances by Prescott and Amari Cooper are also a good sign for Cowboys fans, as the team seems ready to take it up a notch.

Finally, the Green Bay Packers, who have the best record in the league so far alongside the Arizona Cardinals, are also among the contenders for the NFC title. Despite all the drama in the offseason, Aaron Rodgers came back and is showing that he still has the motivation to lead this team. With winning records against six of the eight teams left on their schedule, the Packers might be able to pull an upset in the NFC.

And according to head coach Matt LaFleur, the Packers are working hard to improve the roster at trade deadline. “If the right opportunity presents itself, I think that’s something that we could be involved with,” said LaFleur. “I know Gutey [GM Brian Gutekunst] and his staff are working extremely hard at trying to find something. It’s just whether or not the right opportunity exists.”