Some Billy Joel songs just hit you differently now, 21 months after the Piano Man last tinkled those ivories at Madison Square Garden on Feb. 20, 2020 as part of his monthly residency at his hometown arena.

Such was the case when Joel opened with “Miami 2017 (Seen the Lights Go Out on Broadway)” — from his 1976 album “Turnstiles” — at his kind of homecoming concert resuming his residency at the Garden on Friday night.

When he sang, “Seen the lights go out on Broadway/I saw the Empire State laid low,” those lyrics took on a whole new meaning for him and his sold-out audience who had actually lived through those lyrics in the darkest days of the pandemic in New York.

But the deafening roar of the crowd with each Big Apple reference during that song and others to follow proved that the Bronx-born, Long Island-based Joel and his faithful fans who have been supporting this residency since January 2014 were back to that old New York state of the mind.

Joel welcomed the crowd at Madison Square Garden for his first show at the venue since February 2020.Robert Mecea 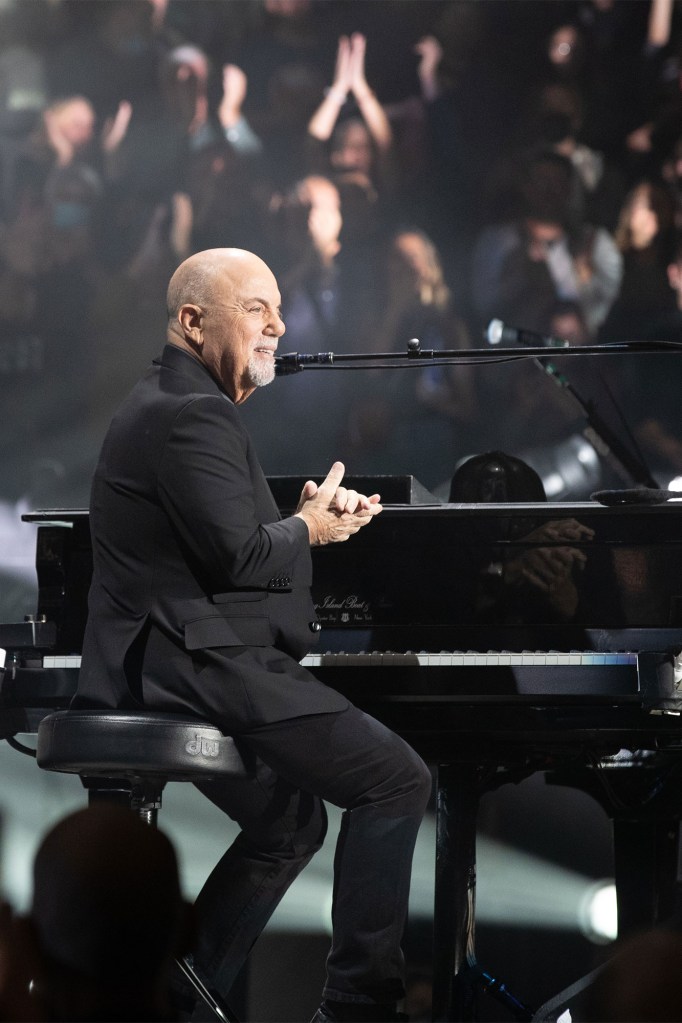 Joel played all of his hit songs before ending with “It’s Still Rock and Roll to Me” in the encore. Robert Mecea

“Good evening New York City!” said Joel when greeting the crowd a few songs into the show. “We’re back in the Garden. I want to thank you for waiting…Sorry that we shut everything down, but we’re back.”

Then Joel did the most New York of moves by acknowledging the 20th anniversary of 9/11 and the Concert for New York City benefit that he played at the Garden in October 2001. He displayed a fireman’s helmet on his piano that was found on 9/11. “I just thought we should have it here tonight,” he said before launching into “New York State of Mind,” having a money moment early in the show. 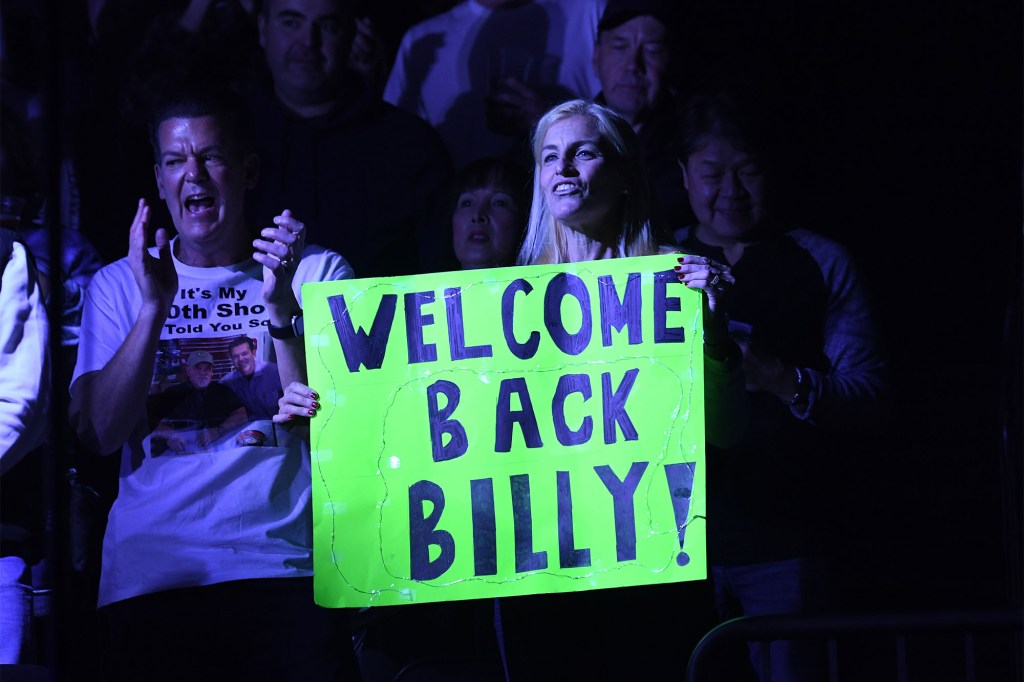 A fan holds a sign saying “Welcome Back Billy!” as the New York native took the stage at Madison Square Garden for his residency. Getty Images 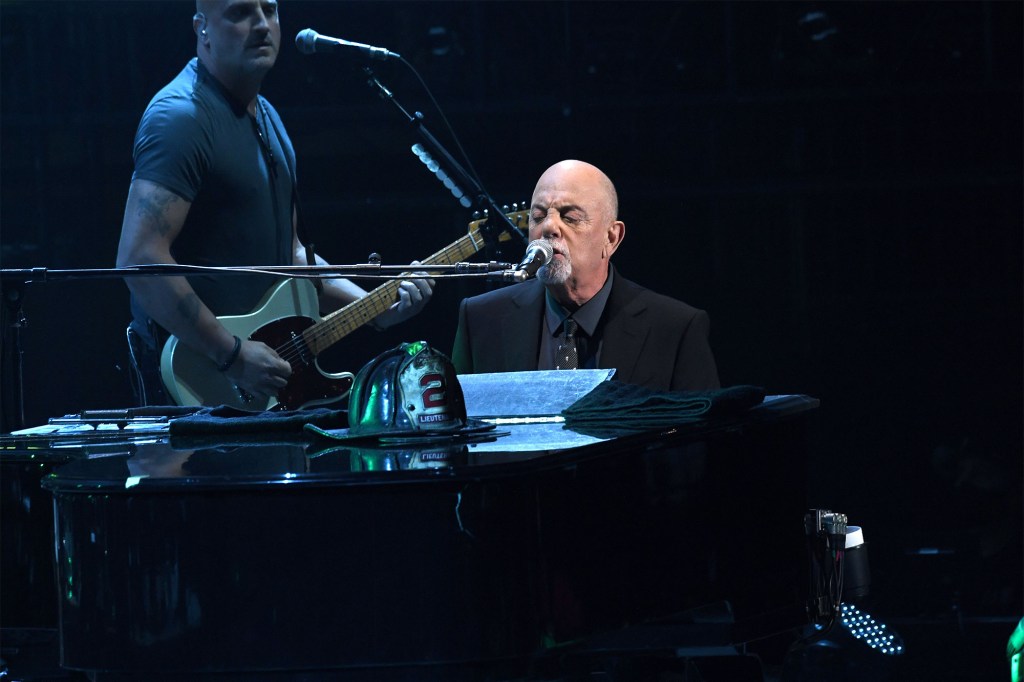 Joel displays a firefighter’s helmet on his piano as he performed “New York State of Mind.”Getty Images

Hey, after 21 months, why keep the people waiting any longer for what they want?

But even the lesser-known tunes that only Joel loyalists would know were greeted enthusiastically from an audience that surely consisted of many repeat residency attendees. And even songs they’ve heard a thousand times before — such as “She’s Always a Woman,” which brought on one of the biggest crowd singalongs — sounded fresh again, as if they were hearing them live for the first time.

Joel himself look renewed as well, having shed some 50 pounds since we last saw him at the Garden. And in addition to the natural excitement to play at the Garden, the 72-year-old star displayed more energy and endurance, bouncing around the stage to “We Didn’t Start the Fire,” “Uptown Girl” and “It’s Still Rock and Roll to Me” in the encore. 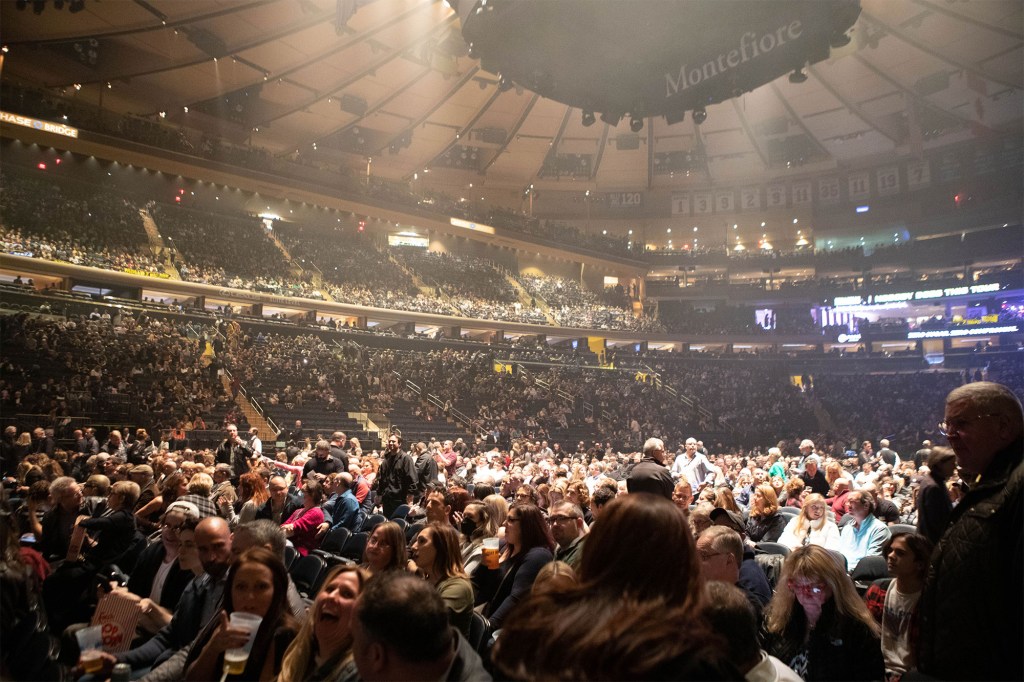 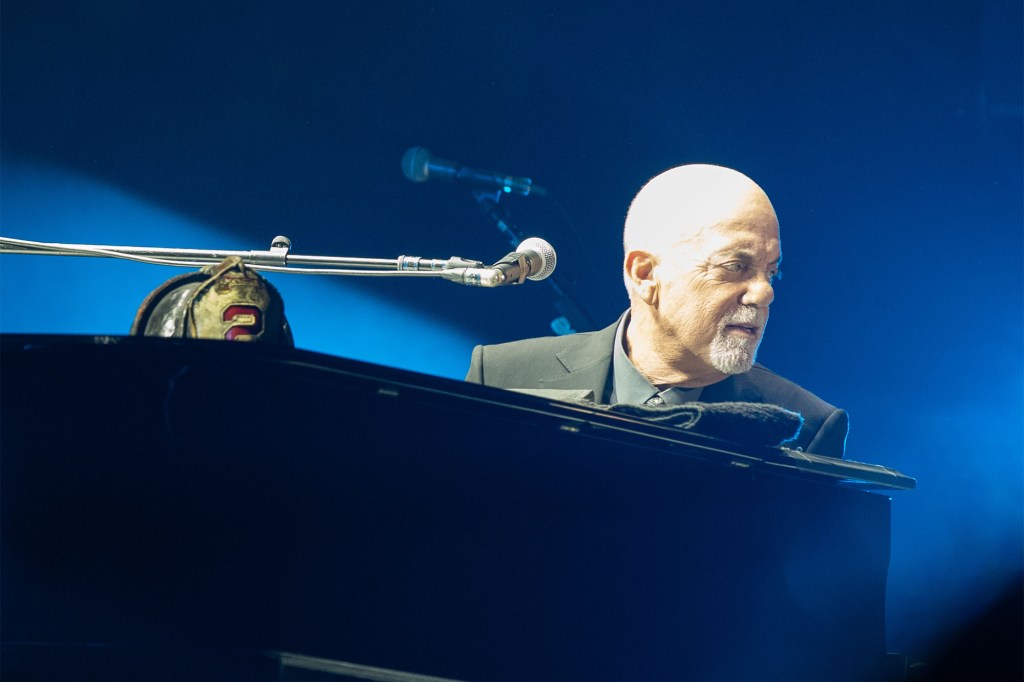 Billy Joel, who played over 100 shows at MSG, performs for a sold-out crowd at Madison Square Garden on Nov. 5, 2021.Robert Mecea

In the end, this felt like a welcome-home party, with the crowd slapping each other’s backs, swaying and singing in unison to classics such as “Only the Good Die Young” that never get old.

But one highlight was when guitarist and background vocalist Mike DelGudice gave a bravura performance of the aria “Nessun Dorma” that segued perfectly into Joel’s “Scenes from an Italian Restaurant,” a consistent crowd favorite that made New York — and Madison Square Garden — feel like home again.

Investors sour on cannabis after Democrats fail to help industry

Finland Has An Education System The Other Country Should Learn From