PARIS — Fourteen years after the Italian billionaire and Tod’s chairman Diego Della Valle acquired Schiaparelli, the storied haute couture house is finally taking steps to expand its business beyond the walls of its salons on Paris’ Place Vendôme.

After opening a corner in New York City’s Bergdorf Goodman department store in September — the brand’s first international location since founder Elsa Schiaparelli closed the house in 1954 — the company is launching a series of pop-up stores this week at Dover Street Market’s London, New York and Los Angeles locations.

The moves are the latest steps in a new chapter for the house, whose creations under the American designer Daniel Rosebery have taken the red carpet — and social media — by storm, but whose distribution remains extremely limited.

After acquiring the Schiaparelli name in 2007, Della Valle waited six years to reclaim the lease for the brand’s iconic Paris headquarters and relaunch the surrealist brand, which was one of Europe’s top fashion houses between the World Wars but had been dormant for nearly 60 years.

The company then spent 8 years painstakingly re-establishing its couture positioning by rebuilding its patrimony — filling its salons with Art Deco and Surrealist artifacts — as well as staffing its atelier and securing top-end suppliers like Chanel-backed Lemarié to produce haute couture collections signed by a succession of designers: Christian Lacroix (2013), then Marco Zanini (2013-2014), then Bertrand Guyon (2015-2019).

Curiosity and goodwill toward the legendary brand, as well as its owner, helped Schiaparelli creep back into the fashion industry conversation, but the actual products — haute couture ensembles and a few capsule collections of ready-to-wear and accessories — remained for sale only in very limited numbers at the brand’s Place Vendôme address.

But that was before. Over the course of the past year, Daniel Roseberry, the brand’s creative director since 2019, has been pouring gasoline on Schiaparelli’s slow-burning comeback.

Knockout communications moments have fuelled a surge in awareness for the brand, including Kim Kardashian wearing a 6-pack muscle illusion cuirasse signed by the house; Lady Gaga’s look for President Biden’s inauguration — which combined bold glamour, modesty and a message in the form of an oversized dove-and-olive branch brooch — and Bella Hadid’s turn on the Cannes festival red carpet in an enormous molded brass necklace inspired by human lungs. Other VIPs to have worn Roseberry’s work include Beyoncé, Cardi B, Lorde, Adele, and Tilda Swinton.

Commercial interest in the brand has followed suit, and the company is moving ahead, albeit cautiously, with plans to expand beyond haute couture.

“There’s an amazing demand for the brand that I can gutterally feel,” Roseberry said during an interview in Schiaparelli’s Place Vendôme study, where trompe-l’œil panelling is painted onto the walls in unfussy, bold strokes.

While closely-held Schiaparelli does not communicate sales figures, “the business is sort of exploding,” Roseberry said.

In addition to selling its Fall/Winter collection of ready-to-wear, jewellery and accessories through the new Bergdorf location and Dover Street Market pop-ups set to open this week, the brand has launched its first e-commerce site this year, which ships to over 100 countries.

For spring, the collection has been expanded further. At Schiaparelli’s Paris fashion week presentation in October, Roseberry guided fashion editors and retail executives through a spring collection that had taken his couture signatures — particularly molded brass jewellery depicting anatomical motifs — and applied them to just about everything you could imagine: €1,700 wallets sported a pair of glass eyes, €2,500 sweatshirts were embroidered with noses and pierced through the septum, and €3,700 poplin day dresses were elevated to the level of demi-couture with anatomical details replacing each button.

“People were surprised,” Roseberry said. “I feel like this collection really confirmed that we’re doing a full range.” 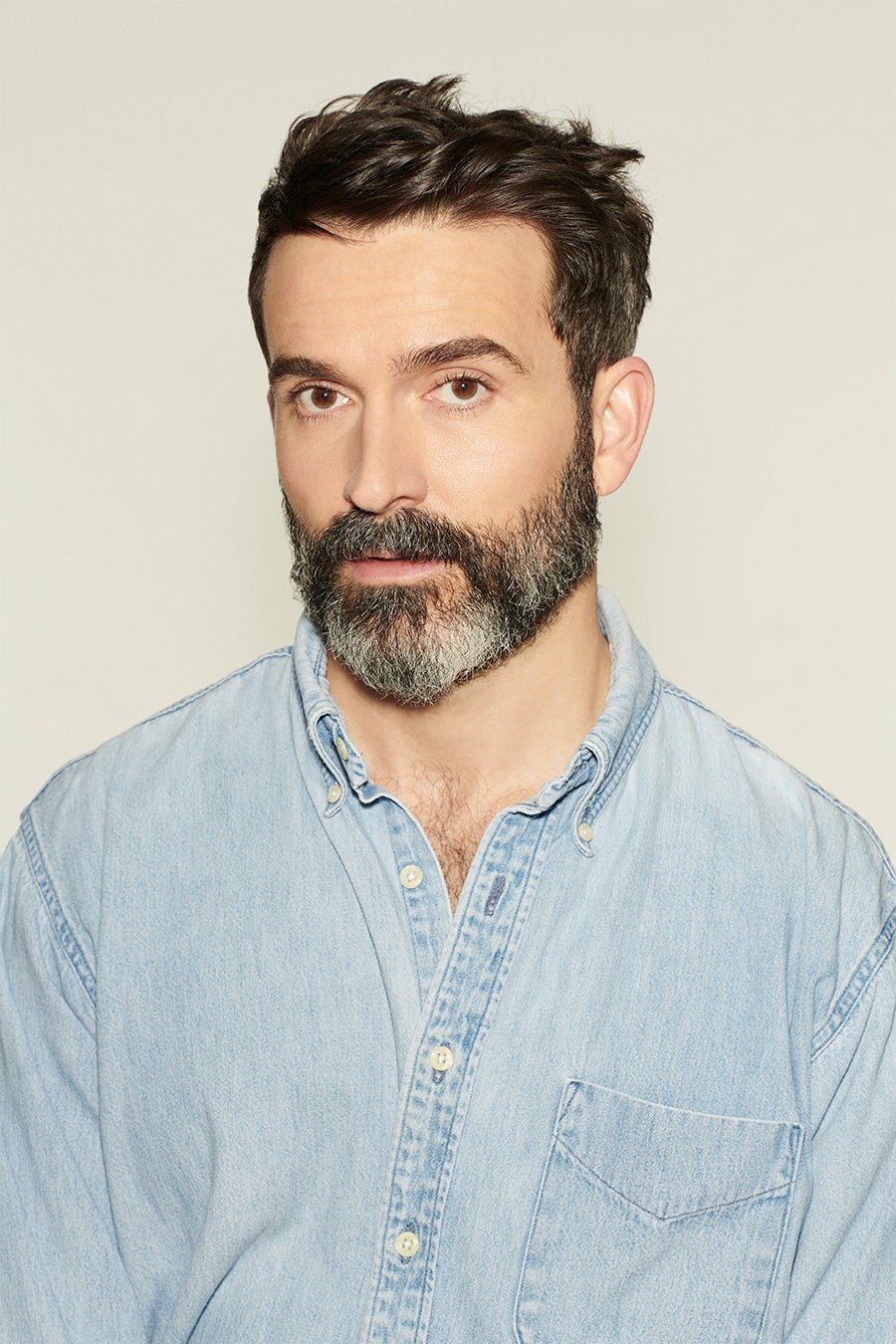 The collection seemed far too extensive to sell solely at the Place Vendôme space. But despite interest from retail executives, Schiaparelli is still keeping distribution tight.

“Distribution is extraordinarily limited, in no way parallel with the demand,” Roseberry said. While the brand plans to address that gap over the coming year, discussions with retail partners remain in a “courtship phase.”

Delphine Bellini, Schiaparelli’s chief executive since 2014, said that after years of rebuilding the houses’ couture clientele, the company was now working to meet retailers “who understand who we are, and what we want.”

“We are targeting a client who is really elevated, who is looking for something unique,” Bellini said. “The idea is to keep control of the overall experience and service.”

Bellini declined to comment as to how many doors they hoped to add in the coming year, or in what regions, or whether the brand was considering capitalising on its buzz by working with e-tailers. A French company filing noted that Schiaparelli’s Italian parent company had been granted the rights to relaunch its cosmetics and perfumes (which were famous for their Surrealist packaging), but the company said it was too soon to say when that ambition might be realised.

Public filings for the French entity Elsa Schiaparelli SAS show that the brand is still loss-making, with sales falling 20 percent to €6.04 million during the coronavirus pandemic last year. Schiaparelli would not comment on the figures. 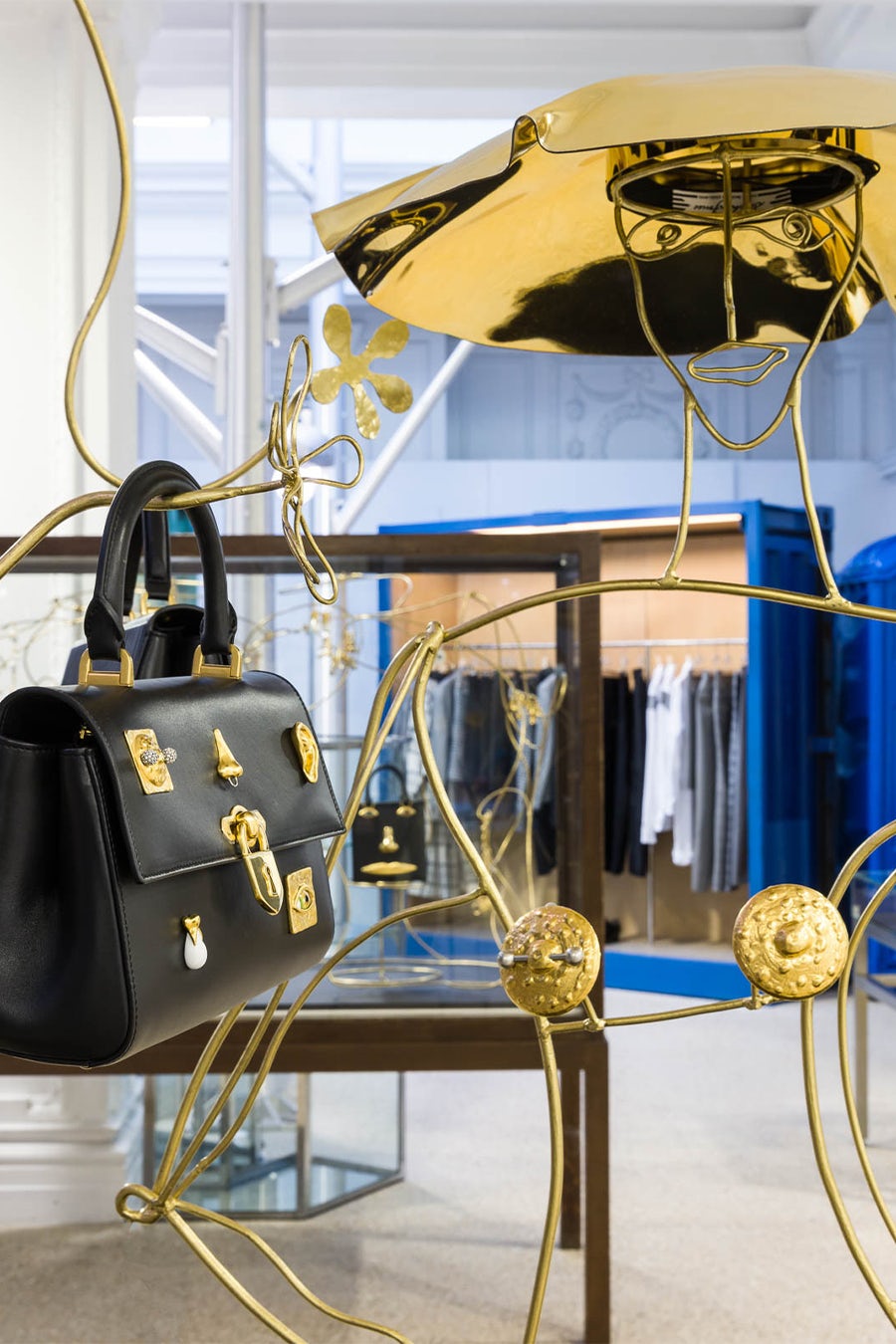 Reviving a “sleeping beauty” brand is often a long and expensive process: the likes of Carven, Poiret and Moynat all posted years of losses and cycled through leadership as they sought to regain their relevance with consumers with varying degrees of success.

Schiaparelli’s brand is currently red-hot, and if it manages to scale significantly it will be the first revival to do so since Balenciaga, which was rebooted in the late 1980s and suffered losses into the early 2000s before growing into the megabrand we know today.

For now, the few retailers who are getting a taste of the action are counting themselves lucky.

“The marriage of Daniel Roseberry and Schiaparelli feels like a match made in heaven in terms of the way he interprets the house codes,” said James Gilchrist, vice president of Comme des Garçons North America and Dover Street Market North America, who expects the accessories and jewellery to sell well, in addition to some demi-couture apparel pieces.

“It’s so unique,” Gilchrist said. “There are so many brands making similar pieces, and here we have someone who is really doing their own thing. Our clients love that.”

Linda Fargo, senior vice president of fashion at Bergdorf Goodman, said that Schiaparelli’s concession inside the department store had almost achieved its entire annual target within a month of opening.