Premier League clubs paid tribute to Queen Elizabeth II as the competition returned to weekend action for the first time since her death.

Teams and match officials wore black armbands, while bouquets were laid in the centre circle at all Premier League games.

A minute’s silence was followed by a rendition of God Save the King.

Football in Britain was called off the weekend after the UK’s longest-serving monarch died aged 96 on 8 September.

Tributes were similarly observed at games on the opening weekend of the Women’s Super League.

While tributes to the Queen were paid across the UK, Dundee United say they are “aware of the actions of a small section of the crowd” who disturbed a minute’s silence before their Scottish Premiership meeting with Rangers.

On Sunday a minute’s applause at St Mirren, who were hosting Celtic in the Scottish Premiership, was disrupted by chants from the away end.

Tributes were also paid at Brentford Community Stadium before Brentford played Arsenal on Sunday, and at Goodison Park prior to Everton against West Ham.

The minute’s silence was interrupted by some boos at Everton and was brought to an end early, however the vast majority observed the tribute.

Everton manager Frank Lampard and West Ham boss David Moyes laid wreaths in the centre circle, and the national anthem was played before the final game of a truncated weekend of Premier League football.

Three matches – Crystal Palace at Brighton, Leeds against Manchester United and Chelsea at home to Liverpool – were all postponed because of policing issues, with resources being directed to preparations for the state funeral on Monday. 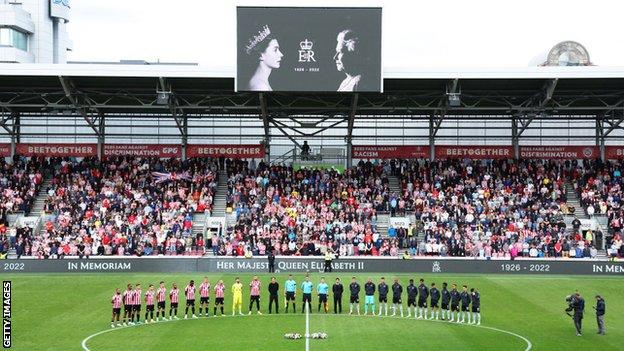 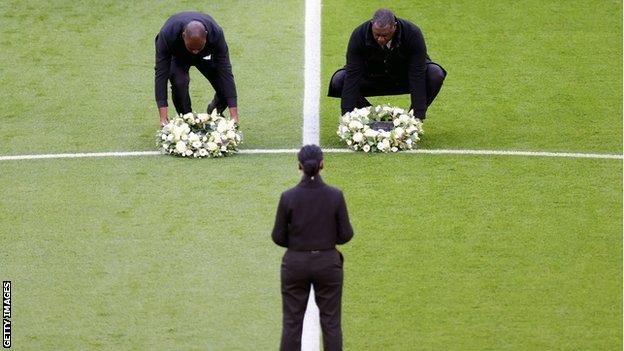 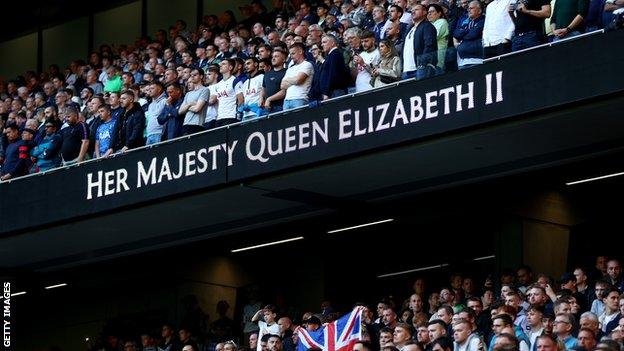 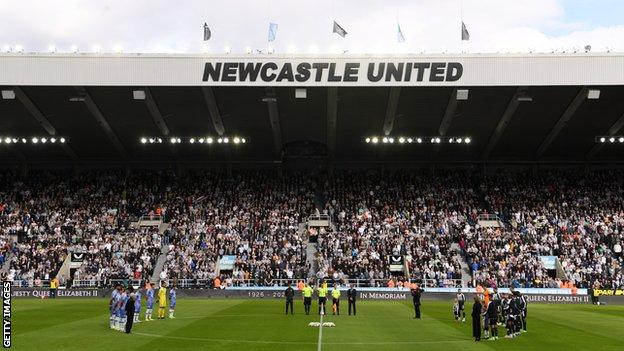 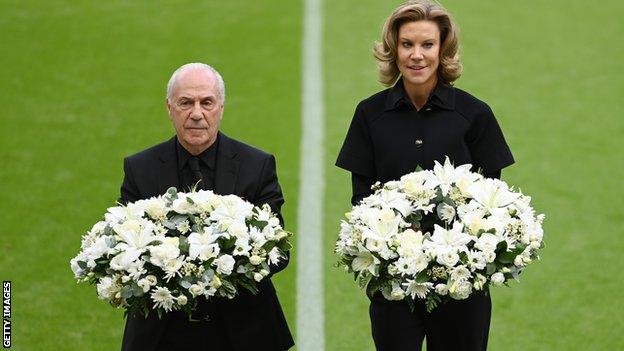 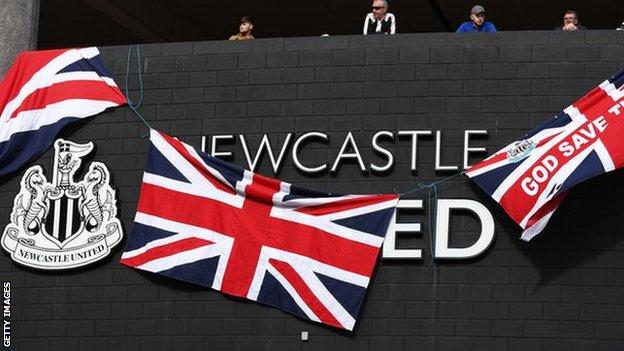 A union jack is hung outside St James’ Park

Flags fly at half-mast over the Molineux stands 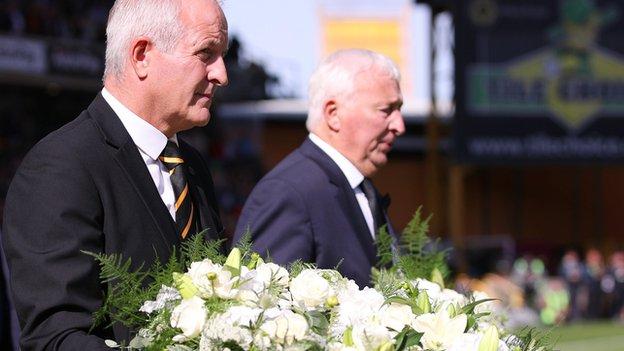 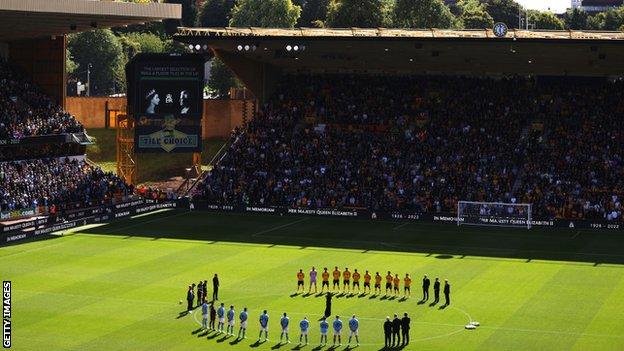 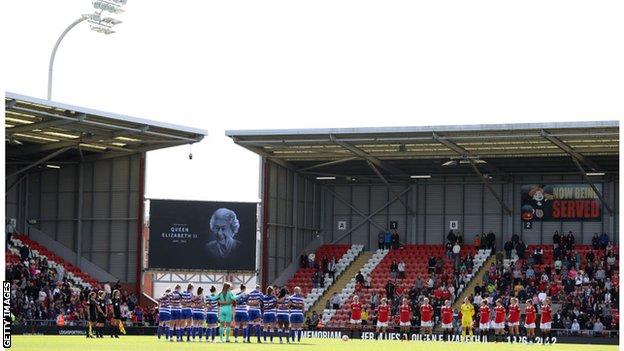 The English Football League resumed on Tuesday, with tributes respectfully observed, as they were at Friday’s two Premier League games between Aston Villa and Southampton, and Nottingham Forest and Fulham.

All lights were even turned out during the minute’s silence at Villa Park, except for one spotlight on the Aston Villa and Southampton players on the centre circle.

At the City Ground, as at other grounds, wreaths were placed in the centre circle before the minute’s silence, with managers Marco Silva and Steve Cooper carrying out the tribute.

Arsenal Women observed a minute’s silence for Queen Elizabeth II ahead of the Women’s Super League season opener against Brighton at a sold-out Meadow Park.

Tributes were also paid at Leigh Sports Village before Manchester United met Reading on Saturday, and prior to matches on Sunday, including Aston Villa against Manchester City and Liverpool v Chelsea.

At all matches, big screens and perimeter boards displayed tribute images to Her Majesty and flags were flown at half-mast.

Fans have also been invited to applaud as each game reaches 70 minutes during this round of top-flight games, in honour of the Queen’s 70-year reign. 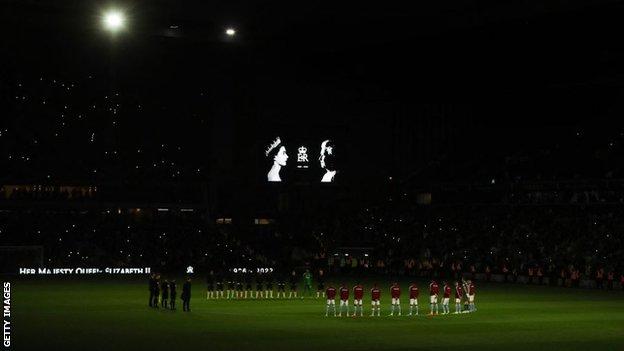 Villa Park was in darkness during the minute’s silence, but for a spotlight on the centre circle 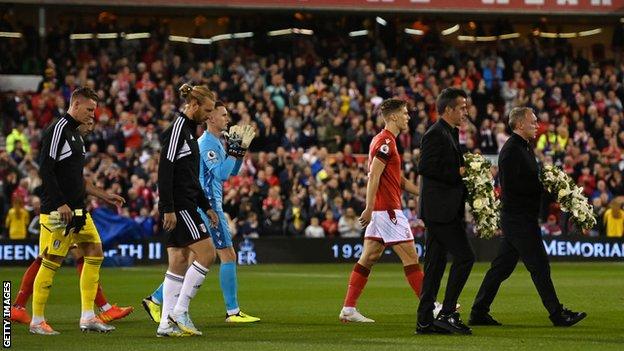 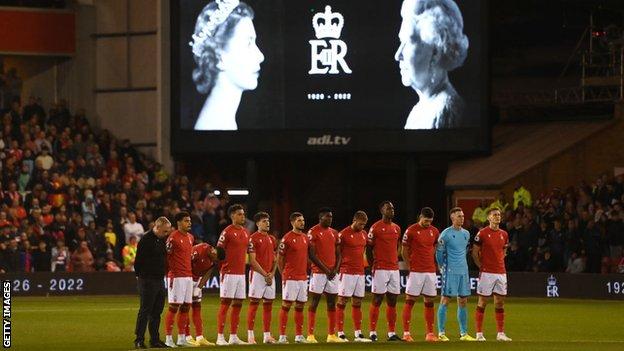 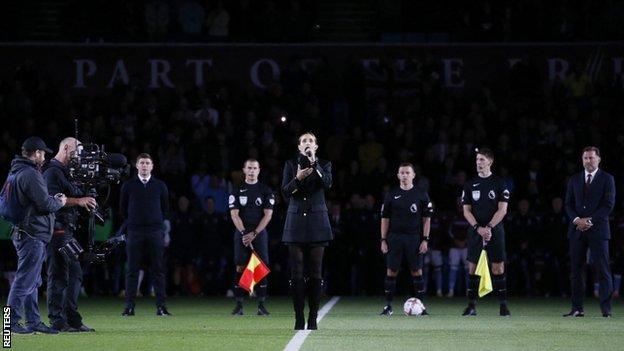 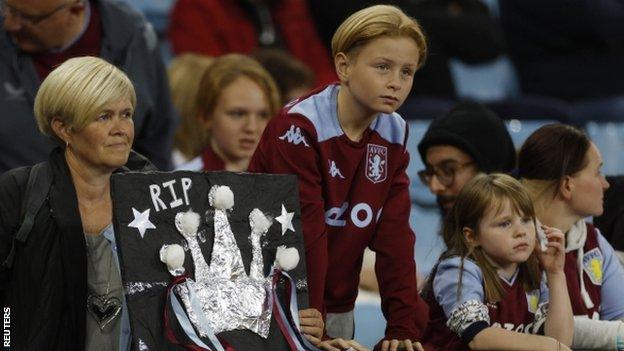 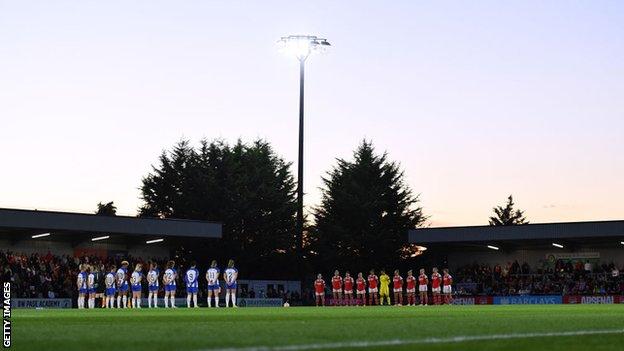 Dave Portnoy Is Now A Bitcoiner, Thinks You’re An Idiot If You Don’t Hold Any

Oath Keepers Charged With Seditious Conspiracy To Use Dangerous Defense