MILWAUKEE — Anthony Rizzo hadn’t played since Aug. 31, sidelined first with back issues and then with headaches following an epidural.

The Yankees opted to put him back in the lineup on Sunday after seeing live batting practice just once instead of going on a rehab assignment.

Rizzo responded with a homer and two singles in a 12-8 win over the Brewers.

“I’m glad he didn’t do that in a rehab game,’’ Aaron Boone said. “It was huge. It was good to see him up there able to get his swing off. He looked like under control.”

“He’s a big boost,’’ Judge said of the first baseman. “A guy behind me who can hit home runs, I get more pitches over the plate. … He took some good, healthy swings. You never know with a back, how it will respond.”

The Yankees hope Rizzo can stay productive down the stretch and into the playoffs after dealing with back issues for much of the second half.

His home run in the third inning was his 31st of the season, second on the team to Judge.

Boone said before the game Rizzo also gives the Yankees some balance from the left side, especially without Andrew Benintendi and Matt Carpenter, both of whom are out with broken bones and may not be back this season.

“We’re getting one of our cornerstones back,’’ Boone said.

Estevan Florial was optioned back to Triple-A Scranton/Wilkes-Barre to make room for Rizzo. 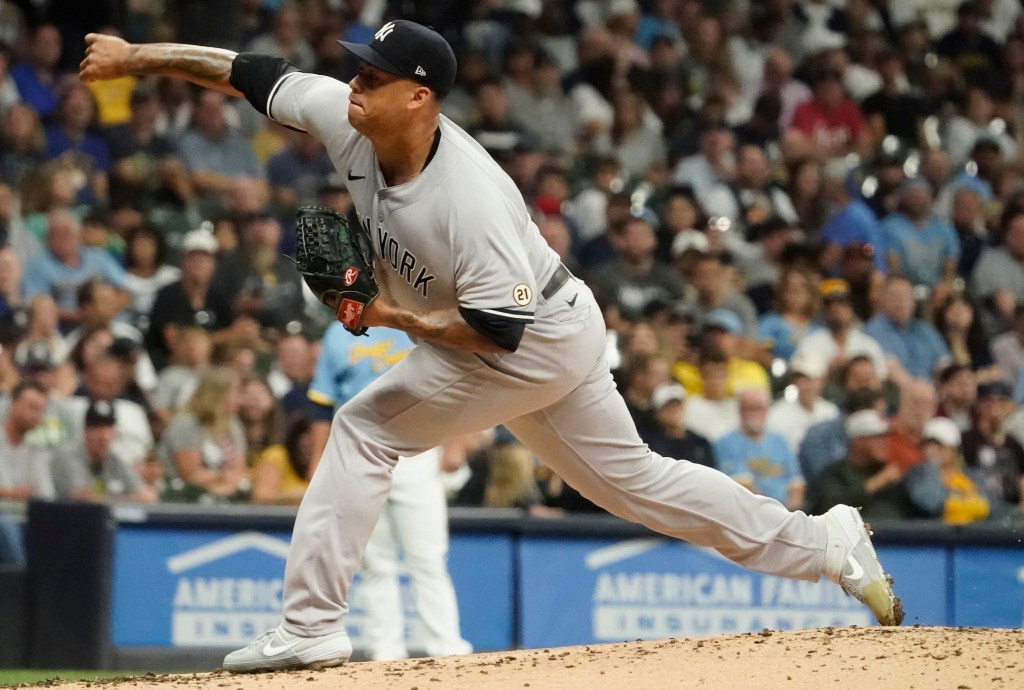 Frankie Montas is awaiting results of the MRI exam performed on his right shoulder.AP

Boone said Frankie Montas was “feeling better” on Sunday following the MRI of his right shoulder, but the team is waiting for him to see team physician Chris Ahmad to determine the next steps. He’ll see Ahmad on Monday in New York.

Until that happens, Boone said he wouldn’t know if Montas would need an IL stint or to have his next start pushed back.

If he does, Domingo German is the likely replacement.

Scott Effross (shoulder strain) gave up a homer and two doubles in his rehab game with Triple-A Scranton/Wilkes-Barre, but is still expected to rejoin the Yankees on Wednesday in The Bronx, while outfielder Harrison Bader should make his debut with the Yankees on Tuesday.

Aaron Hicks homered for the first time since July 9 in Sunday’s win, but figures to lose more time with Bader’s addition following his recovery from plantar fasciitis. 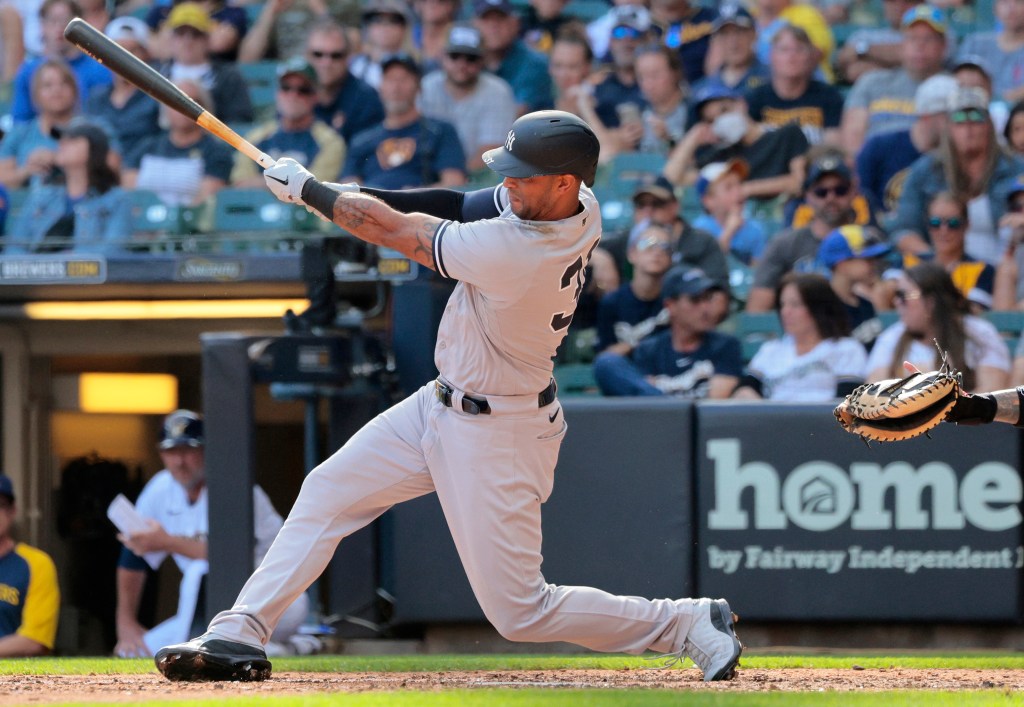 Oswaldo Cabrera, who homered and had three hits Sunday, will get action in left field with Bader in the lineup, according to Boone.

“There will be some competition for [playing time in left],’’ Boone said.

Clarke Schmidt took a comebacker off his leg from Kolten Wong in the eighth and left the game, but Boone thought the right-hander would be OK. … Zack Britton is scheduled to have another rehab outing on Tuesday. … Jose Trevino is expected back in the lineup Tuesday after sitting again Sunday, with Boone saying the catcher was getting “beat up” with foul balls.

In times of uncertainty, advertisers must go back to the ‘new’ basics

Nostalgia may have bona fide benefits in hard times, like the pandemic

What They Are (and What to Do About Them)