NBA 2K23 is the brand new basketball simulation from 2K Sports, developed by Visual Concepts. Inspired by the 2021-23 NBA season, the game features all of the official teams and players from the National Basketball Association, as well as the WNBA. In recognition of Michael Jordan’s number, this year’s game also features a full campaign inspired by the legendary Chicago Bulls shooting guard’s career highlights.

In this NBA 2K23 guide, we’ll reveal the Best Builds, as well as share other essential Tips and Tricks for Beginners, such as How to Earn VC without Spending Money. In addition, we’ll include a list of All Locker Codes, and reveal our advice for how to master the court across a variety of modes, including the City and Neighbourhood, MyTeam, and MyNBA.

Please note that there will be fundamental differences between the new-gen and current-gen versions of the game. While this page covers both releases, and some variations will be explained, you may find your experience varies slightly depending upon which console you own. 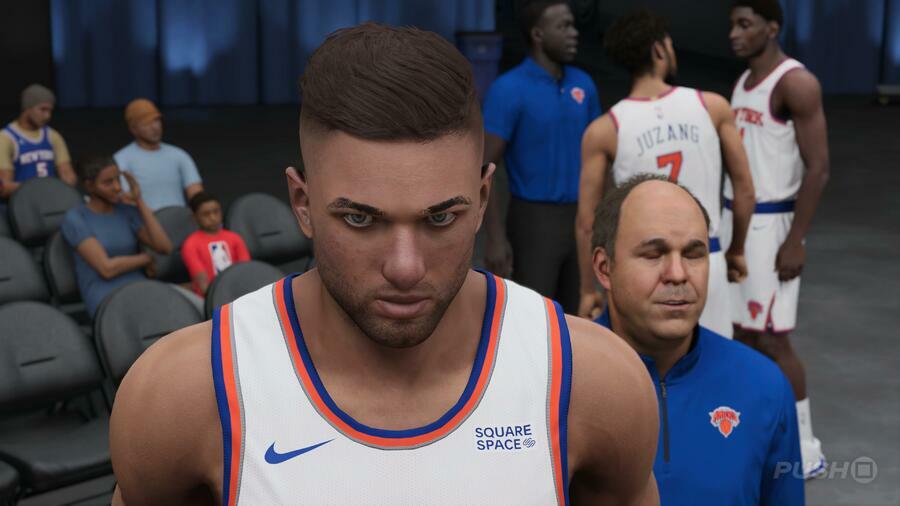 For the first part of our NBA 2K23 guide, you’ll find our selection of Best Builds. You’ll need to decide upon a MyPlayer build before starting MyCareer, and so we’ve divided these builds up into the five positions found on a basketball court:

Please do keep in mind that due to the flexibility of the game these are merely recommendations and you won’t find any definitive answers within these guides. The Best Build for you will depend on your own personal preferences and playstyle. These pages, then, should be used as inspiration to help get you started. In addition, there may be small balance and gameplay differences between new-gen and current-gen, which is worth keeping in the back of your mind. 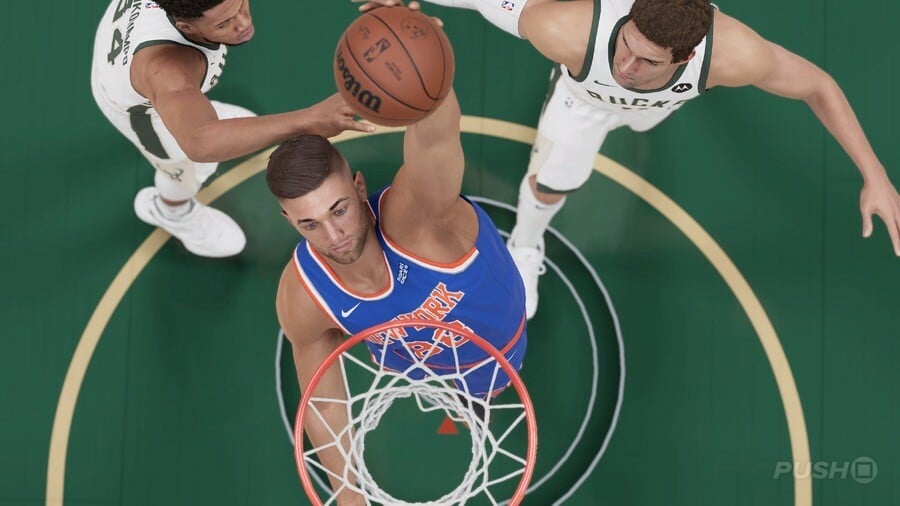 There’s more to your build than Attributes, as you’ll also need to consider which animations and jumpshots you use. While this may feel like more customisation, it will actually play a part in your performance, with some animations more difficult to guard than others and select jumpshots being easier green. With so much to choose from, we’ve compiled a list of recommended animations and jumpshots to help get you started: 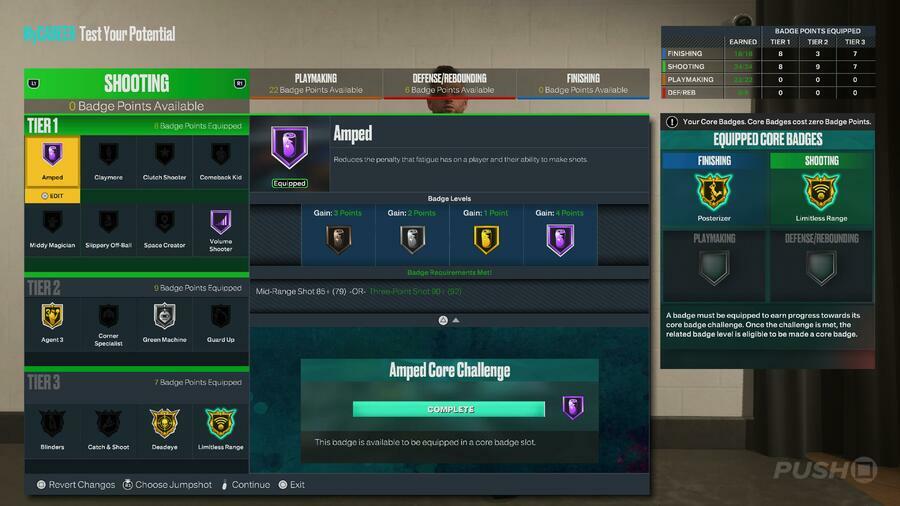 While creating your build, you’ll need to think carefully about the type of Badges available to you and how many Badge Points your potential will enable you to unlock. While Badges can be changed fairly quickly and easily as required, it’s important to think ahead about what kind of buffs you want and what their requirements entail, all of which is outlined on the following page: 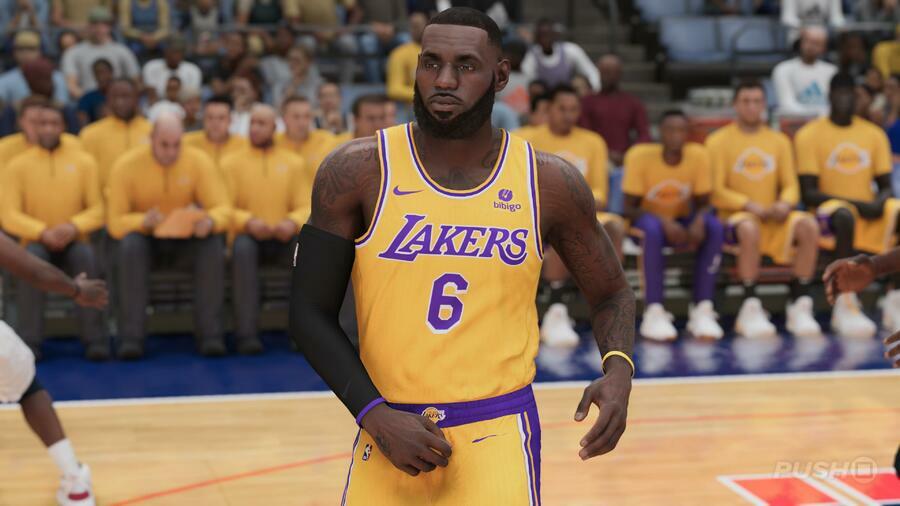 If you’re new to basketball, or aren’t perhaps familiar with the roles and responsibilities of each position, then we’ve summarised them below:

Center
The Five
The Center is typically the tallest player on the team, and operates beneath the basket both on offense and defense. This player’s strength and height makes them responsible for offensive rebounds and bringing others into play. Defensively, they’re also tasked with collecting rebounds and even blocking shots.
Joel Embiid, Nikola Jokić

Power Forward
The Four
The Power Forward is similar in terms of physical attributes to the Center, but will often be faster and have a better playmaking skills and shooting prowess. This player is generally quite versatile on both sides of the court, operating both inside the paint and around its perimeter depending on the team’s needs.

Small Forward
The Three
The Small Forward is usually shorter than the Power Forward, and works as a jack-of-all-trades. This player will typically have excellent ball handling skills and passing range, but will also be among the best shooters on the team.
LeBron James, Kawhi Leonard

Shooting Guard
The Two
The Shooting Guard is typically the fastest player on the team. This player’s responsible for driving the ball down the court, creating offensive plays, scoring points, and shooting from distance.
James Harden, Paul George

Point Guard
The One or The Point
The Point Guard is usually the smallest player on the team, and is responsible for orchestrating the team’s offense, by assisting teammates and also finishing off attacks. This player has a similar role to the Quarterback in the NFL.
Steph Curry, Luka Dončić

How to Create a MyPlayer Build 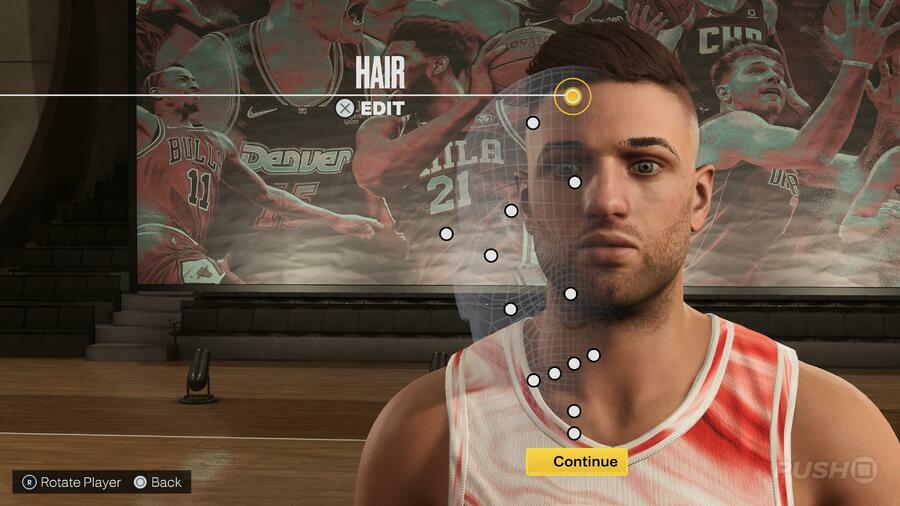 Before you begin to build your MyPlayer, you’ll need to either import a Head Scan or create a new appearance for your build. There are a ton of parameters you can edit here, from skin texture to eye colour and — crucially — hair, so spend a little time to determine your look and come up with something that you like. The reality is that you’re going to spend a lot of time looking at your avatar through NBA 2K23’s lifecycle, so you want to come up with something good. Don’t worry, though, you can always change it later by pushing the Options button in-game and selecting MyPlayer > Appearance > Appearance > Edit Head.

Once you’ve settled upon a face for your MyPlayer, you’ll also need to give your avatar a Name, Position, Handedness, and Number. The Name, Position, and Number won’t affect your Attributes — although Handedness will alter how you dribble and approach layups — but the Position you select will form the basis of your build, so choose wisely. You’ll also need to pick a Height, Weight, Wingspan, and Body Shape. While the Body Shape is purely cosmetic, the Height, Weight, and Wingspan directly correlate with your maximum Attributes, so you’ll need to think carefully here. We’ve included all of the relevant Body Settings information in our Best Builds guides above. 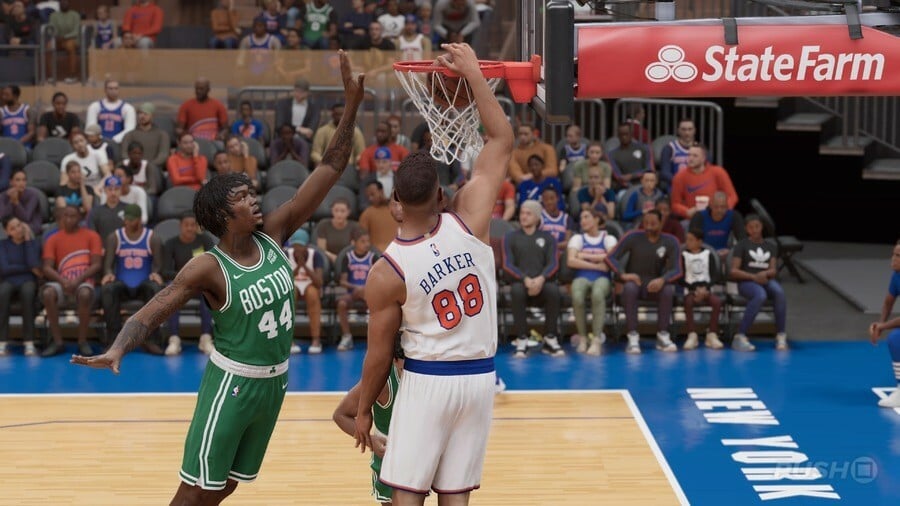 For this part of our NBA 2K23 guide, we’re going to focus on the MyCareer mode, which is where most players will be spending the vast majority of their time. Once you’ve decided upon a build and team, you’ll be working to establish yourself in the NBA and completing quests. We’re going to help you make the most of your career. 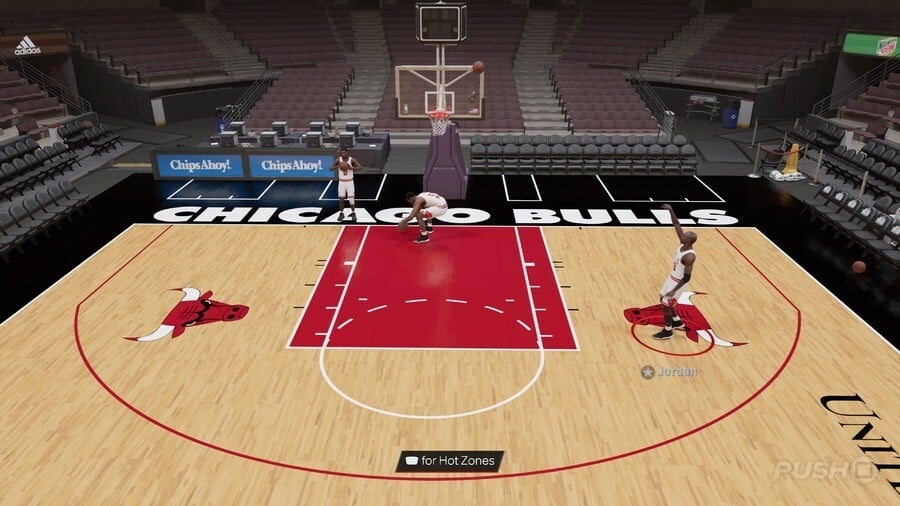 In this section of our NBA 2K23 guide, we’re going to focus on the most important aspect of all: the gameplay. We’ll be sharing tips that will help you setup your game to get the most out of it, so that you have the best chance of dominating on the court. 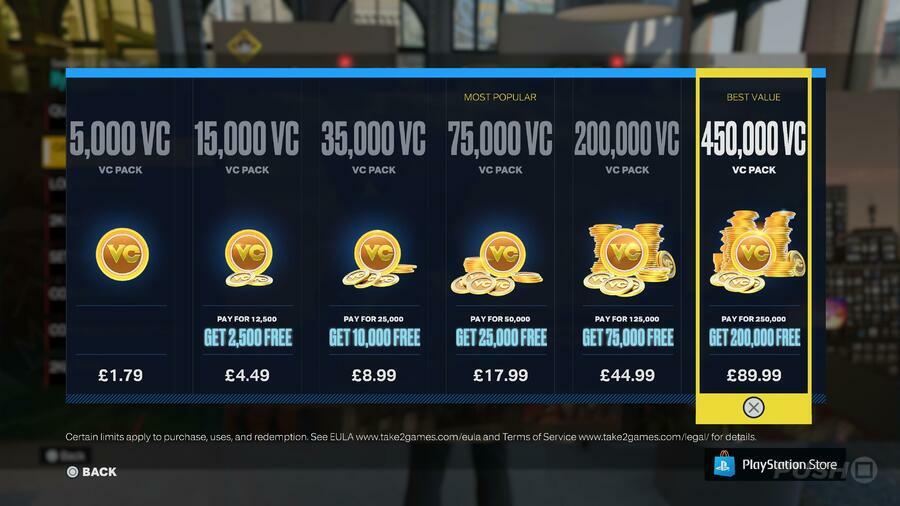 For the next part of our NBA 2K23 guide, we’re going to help you maximise your Virtual Currency, or VC. This fictional in-game currency is used to purchase upgrades for your MyPlayer as well as packs in MyTeam. While it’s available for purchase through the PS Store, we’re going to explain how to earn as much as possible without spending real money. 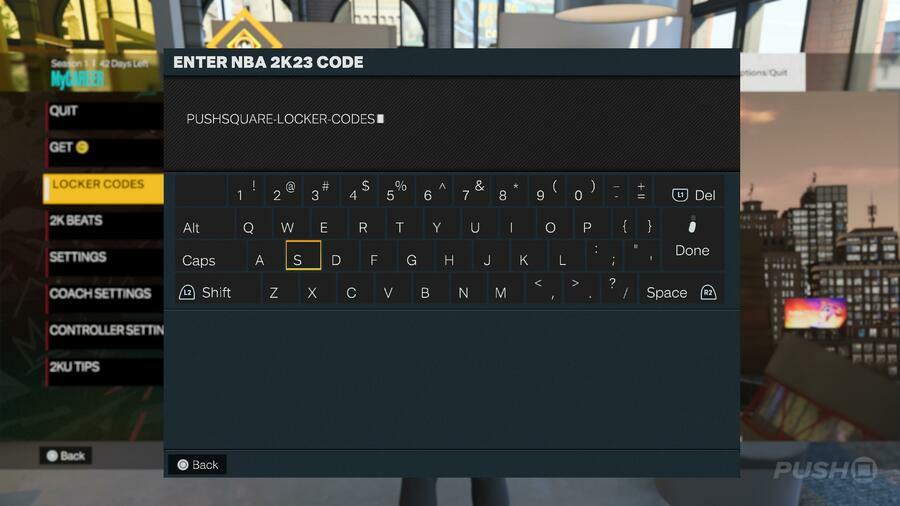 For this section of our NBA 2K23 guide, we’re going to share the latest Locker Codes. These are time-limited text strings which you can enter into the MyCareer and MyTeam menu in order to unlock packs and other in-game rewards. We’ll be updating our list of Locker Codes regularly, so you always get the most recent rewards. 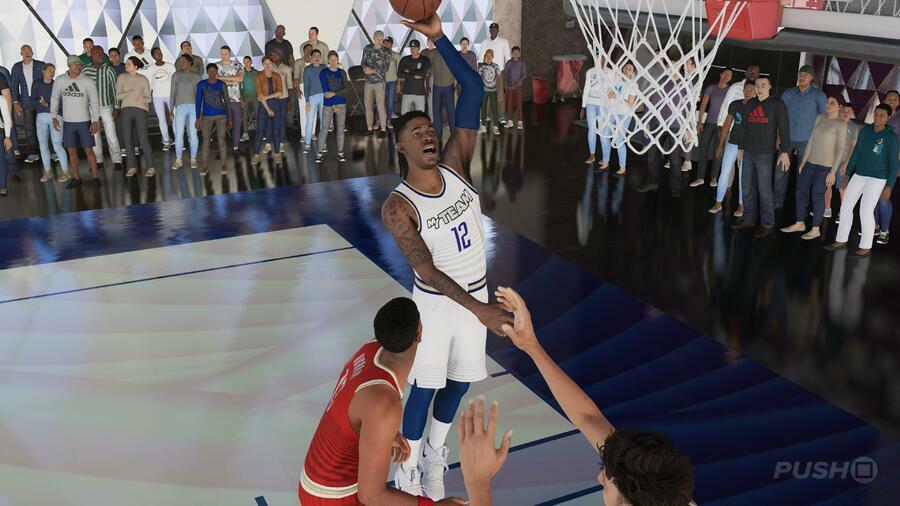 Regardless of whether you’re an NBA 2K veteran or new to the series for the first time this year, we know you’ll be looking for some Tips and Tricks for Beginners. Fortunately, in this section of our NBA 2K23 guide, we’re going to share some suggestions to help show you how to master the court. 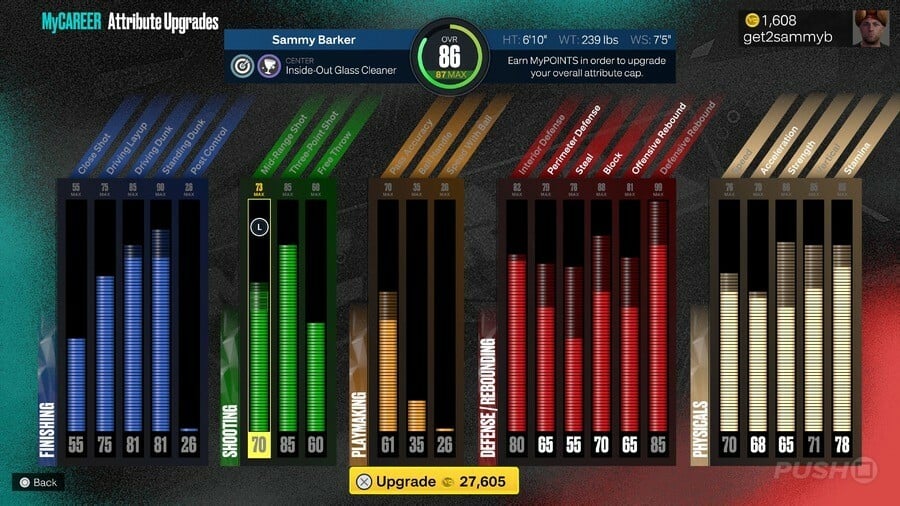 If you’re playing MyCareer for the first time this year, you may be tempted to blitz through your MyPlayer build in order to get on the court quicker. This would be a mistake! It’s really important to spend time thinking about what position you want to play and what are the Best Builds for your playstyle. This is because progressing in NBA 2K23 requires lots of VC and even more time, and thus you don’t want to be tied to a MyPlayer you don’t like. You should also consider your starting NBA team carefully, too, especially if you want to try and win a championship in single player. Fortunately, we’ve included some suggestions for each position within this guide.

Use Fast Travel to Navigate the City Quicker 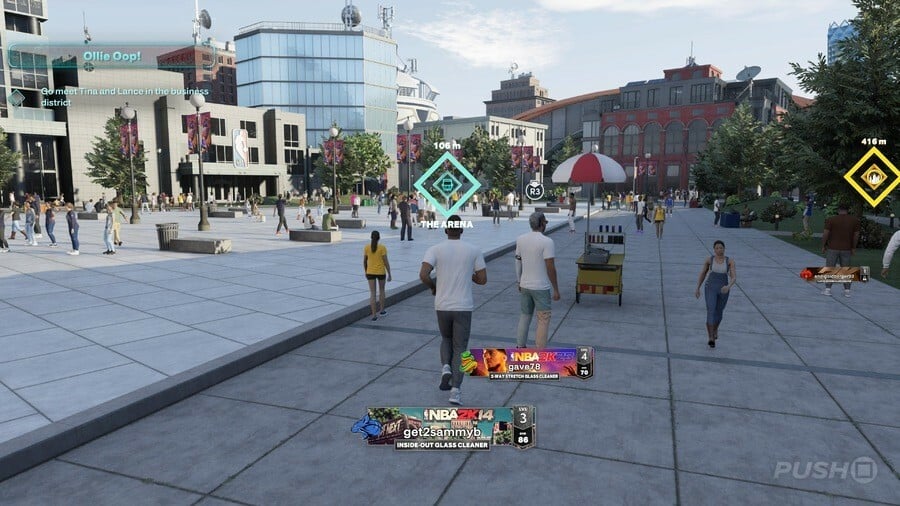 If you’re playing on a new-gen console like the PS5, you may find navigating the City is a bit slow in MyCareer. 2K Sports has reduced the overall size of the sandbox to bring key destinations closer together, but if there’s still a little too much skateboarding for your tastes, look out for subways all over the map. These act as fast travel points, and you can immediately highlight the nearest one at any time by pressing R1. Once you enter a subway, you can select where you’d like to travel to on the map, and there’s practically no loading attached. This means you can effectively teleport from one side of the City to the other, cutting down on all that irritating walking. 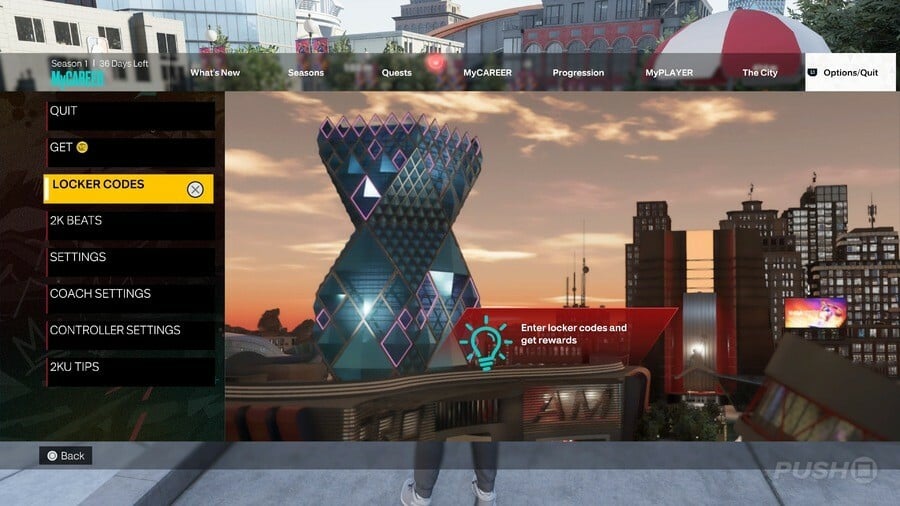 We’ve got a list of All Locker Codes which we update daily, and it’s something you’ll want to keep an eye on, especially if you’re playing MyTeam. NBA 2K23’s alternative to Ultimate Team is one of the most generous card collecting modes on the market, and this is especially true if you’re entering new Locker Codes every day. These time-limited promos will often include Packs, Tokens, and MT, all of which you can use to improve your starting roster. You should also be keeping tabs of any Seasonal goals, as the rewards here are similarly good, and can really help you to boost the quality of your squad.

Make the Most of 2KU 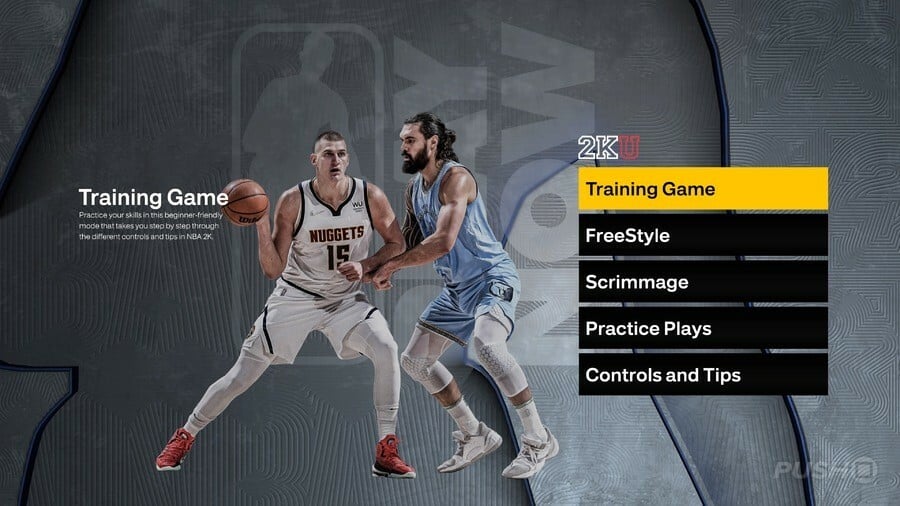 While you may be tempted to dig straight into some of the major modes of NBA 2K23 as soon as you begin playing, we’d recommend you set aside some time to familiarise yourself with the gameplay in 2KU. This training mode allows you to run plays, familiarise yourself with the controls, and run sequences to help you better understand the moment-to-moment flow of the basketball sim. We’d also recommend you spend a moment finding the Best Settings for you while you’re here, as picking the right camera angle and assists can really help you get the most out of the game.

That just about concludes our NBA 2K23 guide, but we’ll be adding to and expanding to this page throughout the lifecycle of the game, so be sure to check back regularly for updates. If you’re looking for something in particular, remember you can browse our guide using the menus or tab through the pages below.

Kazakhstan Is Facing Its Most Dramatic Political Upheaval in 30 Years. Here’s What to Know