INDIANAPOLIS – They were Nets teammates and friends and Caris LeVert can’t wait to see Kyrie Irving back on the court real soon.

Because his buddy wants to be out on the Barclays Center court.

LeVert, the Pacers shooting guard making a comeback from kidney cancer, spoke to Irving recently. Irving isn’t permitted to play at Barclays Center because he refuses to get vaccinated and the Nets took the next step in barring him from all team activities.

It’s been extremely rare for a fellow player to criticize Irving for not following the local vaccination policy. But many fans are turned off by Irving allowing his anti-vaccine mandate beliefs affect the Nets’ chances of their first-ever NBA title.

“You’re going to feel how you want to feel,’’ said LeVert, traded in a January blockbuster that brought James Harden to Brooklyn. “Everyone wants to see Kyrie play basketball. I think he has a beautiful game everyone loves watching him play. And obviously, he loves playing. So it kind of it is what it is with the rules. You can’t really change that.’’

One strange part of New York’s ordinance is unvaccinated road players can participate at the Garden or Barclays Center but not any Knicks or Nets.

“Yes, it’s definitely weird,’’ LeVert said. “But that’s something we’re trying to work through right now as players. It was kind of sudden for us as well. Introduced before the season. So it’s just an unfortunate situation. Hopefully we can come to a conclusion.’’

In the Orlando bubble in summer of 2020, LeVert looked like a budding star, carrying the Nets into the playoffs before losing to Toronto in the first round.

Even though Irving is his friend, it didn’t stop the Nets from giving LeVert up in the Harden mega-deal.

“We’re very close,’’ LeVert said. “I spoke to him like a week ago. He just wished me luck, health and a good season. That’ll always be my brother beyond basketball.’’

LeVert has played the last two games, scoring 16 and 15 points, respectively. He hopes to put the cancer scare behind him. The physical after the trade revealed he had renal cell carcinoma of the kidney. 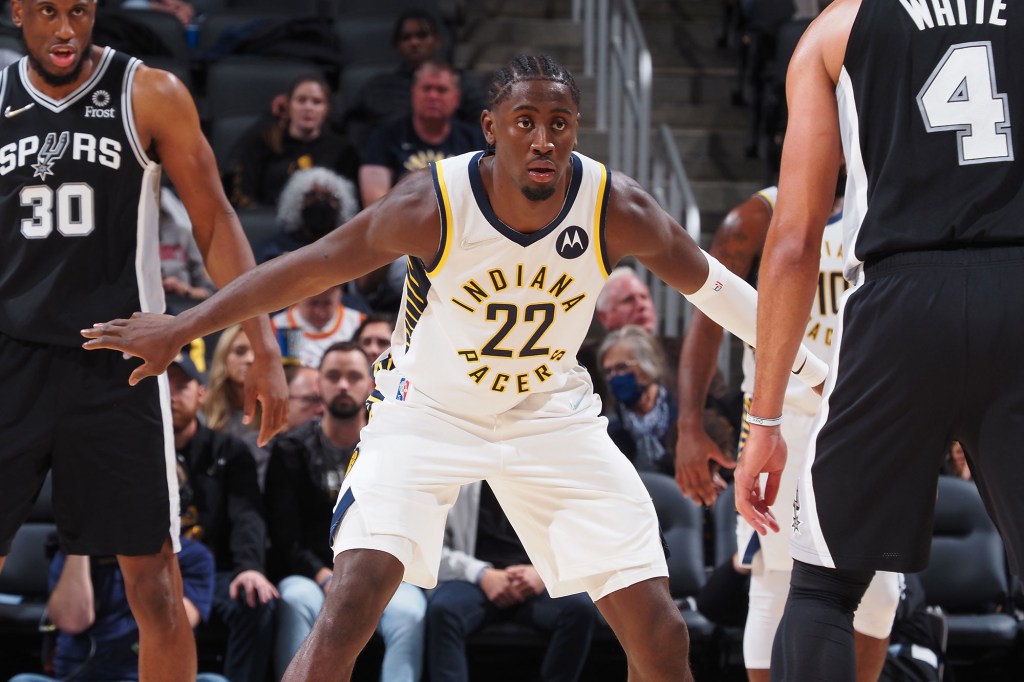 A trade to the Pacers revealed a Caris LeVert carcinoma scare.Getty Images

“I’m ready to start this journey,’’ LeVert said. “I wouldn’t say it’s because they traded me. I want to be the best player I can regardless of trade. But I guess that is extra motivation on top of everything.’’

OR Tambo jet fuel crunch set to be over by month end, says oversight committee

ICYMI: Everything you need to know about Microsoft’s new Surface devices