Russian tank is tired. Decided to rest. It wanted to close its eyes, but just for a moment.

Starting in July, we started hearing about Russia working hard to sign up new volunteers, offering hefty signing bonuses appealing to a Russian culture of deep indebtedness. Big monthly paychecks were designed to draw in desperate recruits from Russia’s most impoverished, neglected regions.

In a normal army, in a normal war, those recruits would spend several months training, then be integrated as replacements in existing units. Remember that Russia went to war with undermanned units, and death and injuries have further depleted those ranks. And since Russian dictator Vladimir Putin won’t declare an actual war, Russia can’t deploy conscripts to Ukraine or hold on to contract soldiers past their contract dates. Those contracts run 4-6 months. What month are we in this war? Six months.

Russia’s manpower shortage is real, so common sense would dictate that any new recruits would reinforce those existing, depleted units. Not only do they need the warm bodies, but they would presumably have experienced combat vets in their ranks to guide those new recruits.

Of course, Russia is not a normal or logical or efficient army. So things have taken a weird turn, one that will inevitably lead to more calamity for Russia’s ruinous war effort.

In the past few months, we and other analyst have watched the formation and training of Russia’s 3rd Army Corps, first publicly reported by Ukrainian intelligence back in June.

Now it is being deployed to the Ukrainian border.

Again, none of this would be remarkable if these poor sods were simply being thrown as replacement fodder into existing units. However, this 3rd Army Corps is completely new, with completely new leadership. There are no NCOs to bring expertise, and Russia’s officer ranks have been decimated, as they were thrown in with cannon fodder early in the war to fill manpower gaps. Their leadership are local officials and retired officers.

And they trained these volunteers for about a month.

So, we have a bunch of old, scraggly, out-of-shape men signing their 4-6 month contracts for debt relief, training for a handful of weeks, and led by their local constabulary or something. Pretty bad, for sure.

But it gets worse.

You see, turns out Russia had some top-level gear still stashed in their reserves. But instead of sending it to the front to replace lost gear, manned by more experienced crews, they handed their best gear to this rabble.

At this point I’d say it’s fairly clear that Russia’s leadership intends for the 3rd Army Corps (3AC) to be used offensively. Russia has held back a lot of high end kit including BMP-3, T-80BVM, T-90M, and even the latest AK-12 models (h/t @JakOSpades) https://t.co/8stomM0yYM

To be clear, line units on the current front lines don’t have latest generation gear, nor even the previous generation gear. That stuff is long gone. They’re now using stuff from the 1960s. And all this time, Russia had leftover good stuff and held back, then gave it to this crew.

People assume these guys will be used for offensive operations. With Russia shifting to a more defensive posture as it attempts to freeze the conflict, perhaps Russia wants its most experienced troops staving off any Ukrainian counteroffensive. So hey, here’s some fresh cannon fodder for the daily failed “reconnaissance by force” probes, but with the best gear for some reason.

If you think that’s ass-backwards and there must be some rational military explanation for that decision, there just isn’t. It’s truly bizarre.

Given its current whereabouts, the 3rd Army Corps will likely deploy either in the Donetsk front, where Russia is trying to push away from Donetsk City, or Zaporizhzhia in southeastern Ukraine, where Russian hasn’t budged in months. If the 3rd Corps Army truly intends to push forward, my money is on the former. 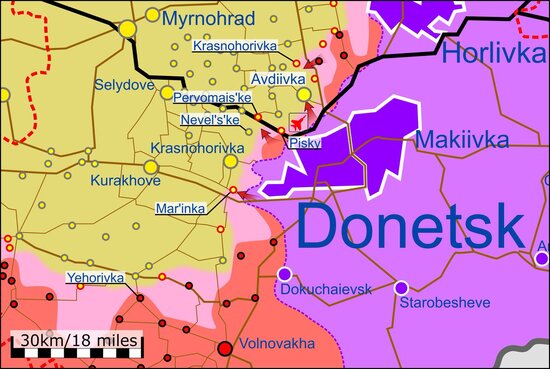 One month training is unfathomably short. For context, my son is currently finishing his infantry training at Fort Benning (I’ll be there for his graduation in three weeks). The length of that program? 22 weeks, almost six months!

The only thing you learn in a month is how to press a trigger and move forward. I don’t even want to know what the armor people learn. Probably, “drive forward until you hit a mine. Next guy, drive around him, hope there isn’t another mine.” I mean that literally.

Four russian tanks drive into a minefield and get knocked out.
Fifth russian tank drives right into the last untouched spot of the minefield… and hits a mine.

If that’s what you’re teaching, then sure, a month is enough time…

Ultimately, equipping a bunch of old indebted drunks with minimal training with Russia’s best remaining gear is so unbelievably backwards that there has to be a grift in here somewhere. I don’t see it, but how else to explain it?

I’m tired of all the death and killing in this war, on both sides. But if Russia insists on sending people with death machines into Ukraine, we should be glad it looks like this.

———-
If you want to learn more about the Russian culture of indebtedness, this Kamil Galeev thread is great:

It’s quite common that you have no realistic chance of escaping the microloans trap. Some choose death. Reportedly, Ural factories have a slangish expression for a workplace suicide: “выйти из кредитов”. Like if you jump into a furnace, you “get out of the loans”

The upfront signing bonus might be the only money these saps ever see. While Russia has a habit of listing known dead as “missing” in order to avoid paying survivor benefits (or having them grifted somewhere along the bureaucratic line), even the alive ones complain about not being paid.

I’m not being paid money either, f*cks sake, Tan’ka said that the salary should have come with a “combat” payment for a month. Anyway, for two months I’ve got 80 thousand rubles. And it should have already been 400 thousand. I have so many “combat” payments [i.e. payments for attacks]. Do you know where I am, according to the lists? I’m in Moscow! I’m a rifleman-grenade launcher in Yampol regiment. But here I’m driving in a “box” [tank]. So it is. Complete bullsh*t. Guys are without money, I’m telling you, some refuse and don’t want to go, imagine? It’s the third month, but simply no money.

The perfect Graduate Resume in 2022