Wrexham owners McElhenney and Reynolds on their first season

Unquestionably the two extremely famous actors at the forefront of the story play a starring role in the new documentary series Welcome to Wrexham, but it is by no means just the Rob and Ryan show.

It sounded like the plot of a far-fetched Hollywood movie, but now the inside story of Rob McElhenney and Ryan Reynolds’ takeover of National League side Wrexham is being told in full in this new Disney+ series.

The first two episodes dropped this morning – there are 16 more episodes to come in this series – with Wrexham’s owners promising the documentary puts its “underdog story”external-link in the spotlight.

BBC Sport Wales has watched the first five episodes to give you an idea of what you can expect.

Ryan Reynolds and Rob McElhenney had never met in-person when they agreed to buy Wrexham together, having become friends via social media

A candid Rob and Ryan

“There is a version of this story where we are the villains, it doesn’t work and then we go ‘what do we do? we have to sell it,’ and then we are the bad guys,” McElhenney warns Reynolds early in the first episode.

The film-makers have seemingly unlimited access, with the glimpse behind the curtain firstly revealing that the Welcome to Wrexham documentary was filming before the takeover was even confirmed.

We see the sales pitch, the moment the pair find out they have been approved by the fans, their first visit, their first game, every single moment is captured.

It is clear throughout that their passion and enthusiasm for the venture is genuine, with McElhenney saying recently that he and Reynolds are “in this for the rest of our lives”.

Reynolds’ reflections on football ownership at the end of episode four suggest he understands what he has got involved with.

“I have only been owner of a football club for a short time, but so far I have found it to be very time consuming, emotionally exhausting, financially idiotic and utterly addictive.”

Sport is a genuine passion for both

McElhenney and Reynolds might not have known the offside rule or how tough it is to get promoted from the National League when they took over Wrexham, but it was clear sport has already been a passion for both.

McElhenney, a product of Philadelphia, refers often to his family and their shared passion for the Philadelphia Eagles, naming their Super Bowl victory as one of the top five moments of his life.

For Reynolds the connection to sport is equally deep, as he reflects on how sporting success allowed him to feel “validated” by his late father.

“The main place I got validation from my father was when I was good at sports, so I played sports long past the point where I was really driven to do sports,” he says.

“It carried on all through showbusiness, an unquenchable thirst for validation. My father has been dead for years [he died in 2015] but that stuff doesn’t really go away.

“He would have thought all this was wild.” 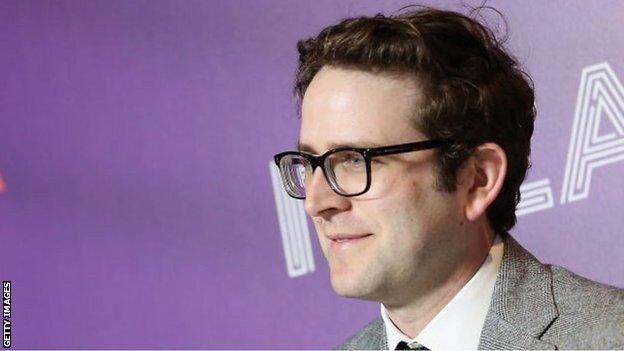 Ker the spur for the takeover

If you’ve ever wondered, ‘why did they decide to buy a football team? How did they pick Wrexham?’, then you will certainly be satisfied. The answer, quite simply, is Humphrey Ker.

A writer on McElhenney’s show, Mythic Quest, Ker’s enthusiasm for football – “I would always be watching it in the writers’ room” – piqued the interest of McElhenney who became more and more interested the more he learned.

“The idea of promotion and demotion, that was incredible to me,” McElhenney says.

But as McElhenney delved a little deeper, it became clear that in order to succeed in buying a fan owned club – and first winning their approval, necessary for the takeover to take place – he would need more capital.

However, Ker remains a key focus in the show, becoming the Hollywood pair’s man on the inside at the Racecourse Ground where he introduces himself to the players as “Rob and Ryan’s representative”.

No attempt is made to hide the laughter of the players as he exits his first meeting with them, with scenes such as that adding a feeling of authenticity, that scene is straight out of The Office.

Ker, like McElhenney and Reynolds, happily admits to learning on the job. 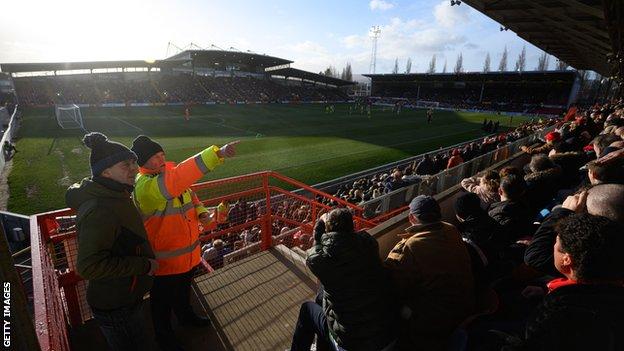 The Racecourse Ground is the world’s oldest football stadium that still hosts international matches, Wales played their first home match there in 1877

This is not Ted Lasso… and puts Wales on the map

If you are Welsh and you’ve ever been abroad, you’ll know that the Welsh national identity is not always understood and you are still liable to be asked what part of England Wales is in.

This show will address that issue somewhat, because it is going to present Wales and especially Wrexham, to a worldwide audience who might not be football followers at all.

Certain words that form part of the football lexicon – ‘nil’ for example – are translated both for an American audience ‘zero’ and into Welsh ‘dim’ in one of several little touches that show reverence to the beautiful game and the beauty of Wales.

No attempt at all has been made to Americanise football, it is never soccer in this documentary, evidenced by the fact there are several references to manager – not coach – Dean Keates, who is sacked, not fired, in episode two.

This is also not your quintessential Disney, in the sense that the language is extremely colourful throughout episodes one to five, swearing is definitely permitted, making some of the funniest lines in the show unrepeatable in print.

There are definitely laughs and it might be a fish-out-of-water concept, but this is not Ted Lasso. Despite McElhenney and Reynolds’ best intentions, deep wallets, big signings and managerial changes, Wrexham remain in the National League. 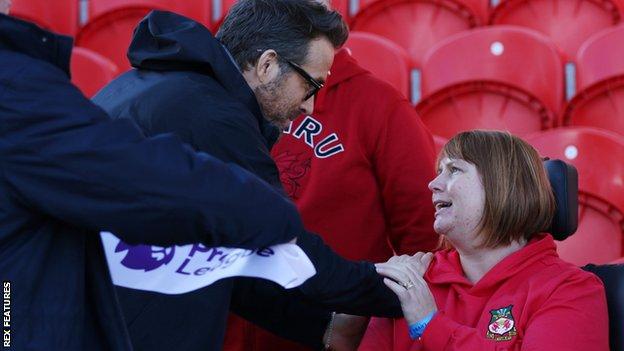 A spotlight on the supporting cast

The club staff, from the players to the directors, ground staff, the fans, the people in the burger vans, they are all featured, with cameras almost always seemingly filming in the local pub, The Turf.

Disability liaison officer Kerry Evans is a star turn, as is Turf owner Wayne Jones and supporter and fan Shaun Winter, who perfectly encapsulates the scepticism felt over the Hollywood takeover as well as candidly talking about weightier life issues, including his own mental health.

Every effort has been made to try and convey what football means to the supporters of one of the world’s oldest football clubs.

A big spotlight is also given to the players and manager Phil Parkinson – clearly reluctant to take the job knowing it came with a starring role on Disney+ – and many personal moments are captured.

Paul Rutherford is introduced, kids, kid on the way, mortgage to pay, is sent off in a crucial game and is then released. Watching Rutherford’s despair in the dressing room as his red card impacts Wrexham’s promotion prospects, is brutal.

Even the usually taboo subject of money, is very much on the table.

There is no question Welcome to Wrexham really is going to put the football club and town on the map, even if they are still working on a Hollywood happy ending.

3 Ways To Put Two Images Together In Google Docs