by Editor
in Crypto
0

After an impressive 73% rally between July 13 and Aug. 13, Avalanche (AVAX) has faced a 16% rejection from the $30.30 resistance level. Some analysts will try to pin the correction as a “technical adjustment,” but the network’s deposits and decentralized applications reflect worsening conditions.

To date, Avalanche remains 83% below its November 2021 all-time high at $148. More data than technical analysis can be analyzed to explain the 16% price drop, so let’s take a look at the network’s use in terms of deposits and users.

The decentralized application (DApp) platform is still a top-15 contender with a $7.2 billion market capitalization. Meanwhile, Solana (SOL), another proof-of-work (PoW) layer-1 platform, holds a $14.2 billion market cap, which is nearly twice as large as Avalanche’s.

Some analysts tend to give too much weight to the total value locked (TVL) metic and although this might hold relevance for the decentralized finance (DeFi) industry, it is seldom required for nonfungible token (NFT) minting, digital item marketplaces, crypto games, gambling and social applications. 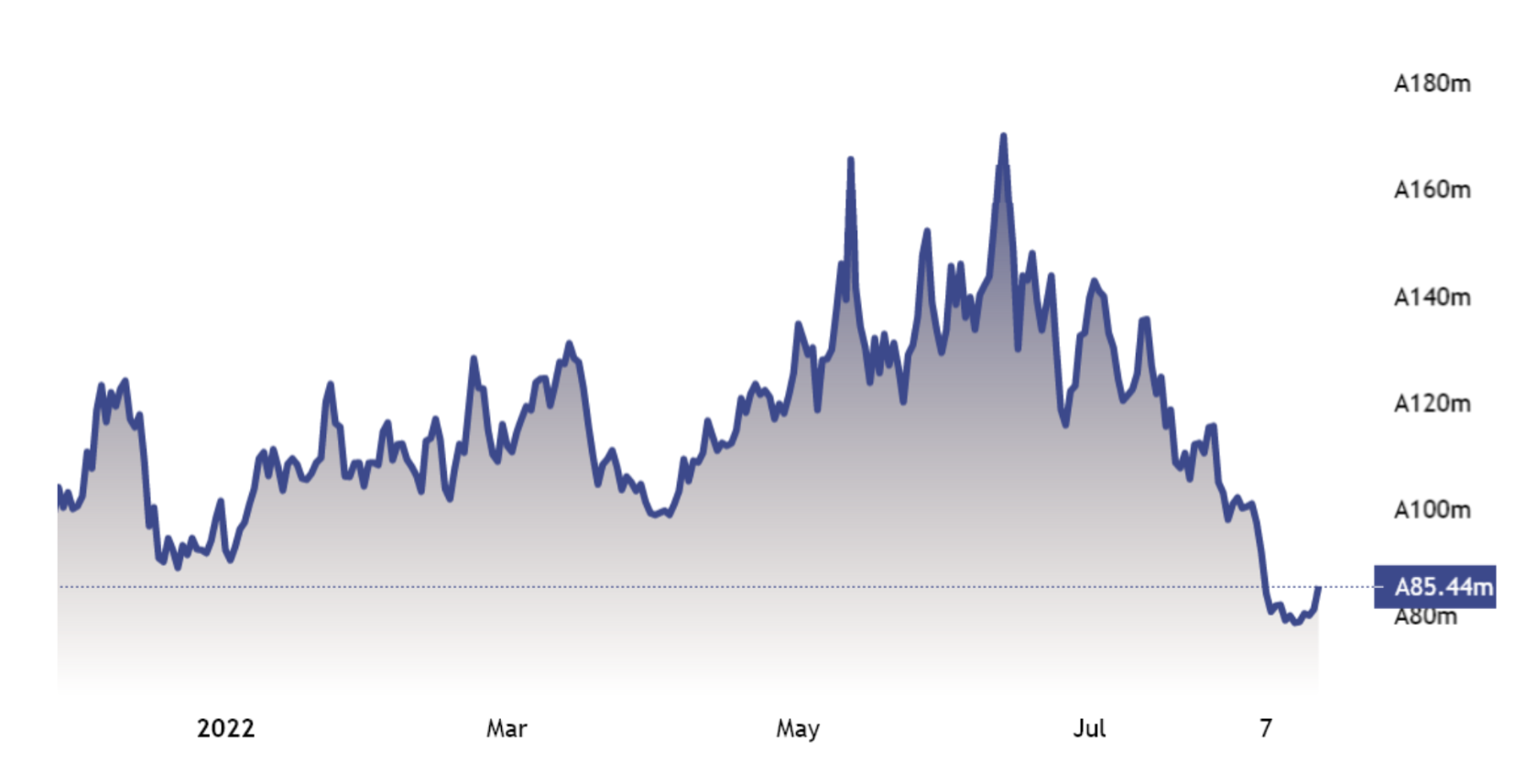 Avalanche’s primary DApp metric began to display weakness in late July after the TVL dropped below 110 million AVAX. In two months, the current 85.4 million is a sharp 40% cut and signals that investors have been withdrawing coins from the network’s smart contract applications.

The chart above shows how Avalanche’s smart contracts deposits peaked at 175 million AVAX on June 13, followed by a constant decline. In dollar terms, the current $2.2 billion TVL is the lowest number since September 2021. This number represents 8.2% of the aggregate TVL (excluding Ethereum), according to data from DefiLlama.

To confirm whether the TVL drop in Avalanche is troublesome, one should analyze a few DApp usage metrics. 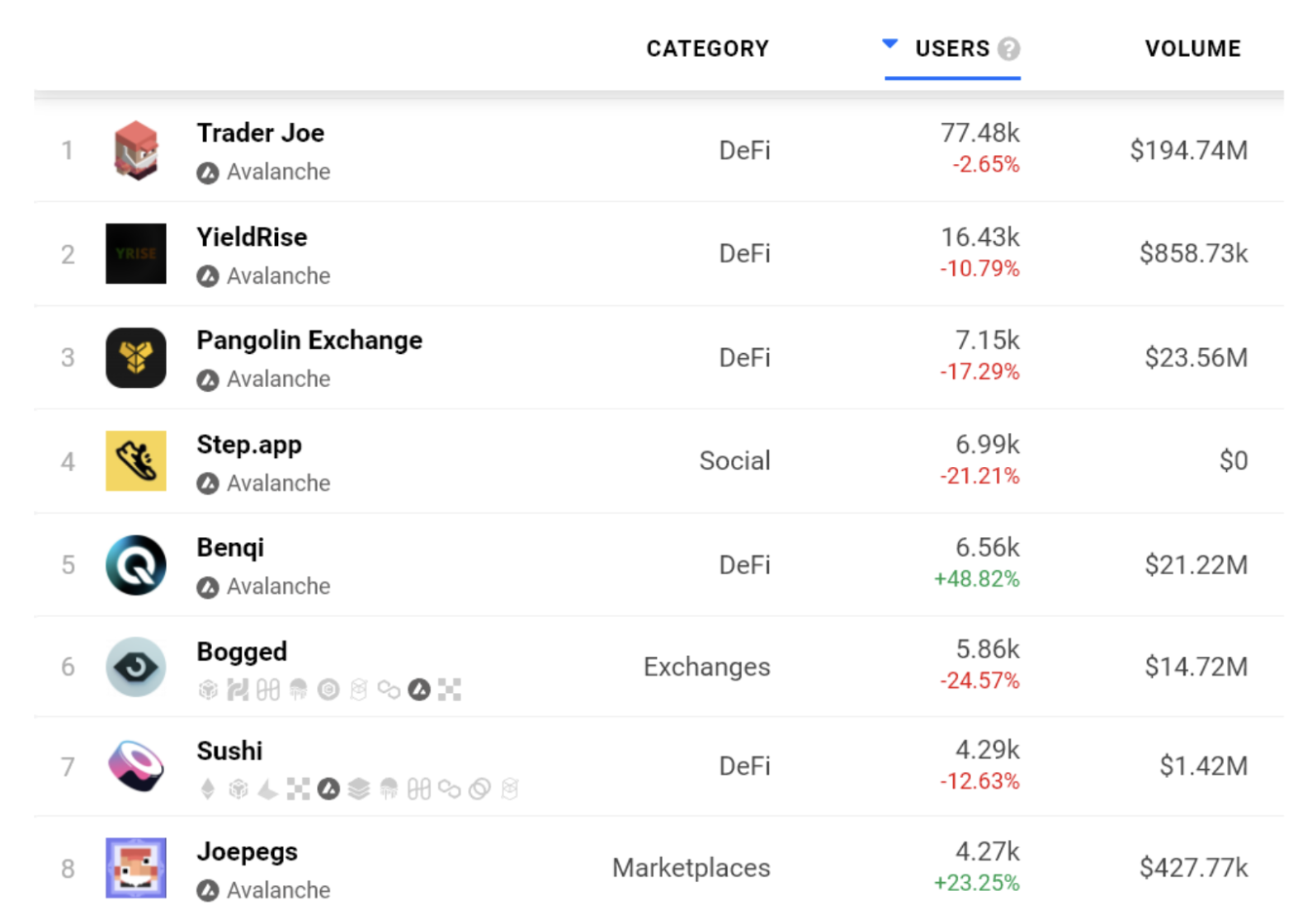 As shown by DappRadar, on Aug. 18, the number of Avalanche network addresses interacting with decentralized applications declined by 5% versus the previous month. In comparison, Ethereum posted a 4% increase and Polygon users gained 10%.

Avalanche’s TVL has been hit the hardest compared to similar smart contract platforms and the number of active addresses interacting with most DApps only surpassed 20,000 in one case. This data should be a warning signal for investors betting on this automated blockchain execution solution.

Polygon, on the other hand, racked up 12 decentralized applications with 20,000 or mo active addresses in the same time period. The findings above suggest that Avalanche is losing ground versus competing chains and this adds further reason for the recent 16% sell-off.

Have a Lovely Weekend. | Cup of Jo

This Study Reveals The Most Popular Cereal In America