by S. Publisher
in Gadgets
0

The Nothing phone (1) has been in the news recently for its unusual design. And it is already inspiring other brands, or… Doogee plans to launch the versatile S89 series, a pair of rugged phones with an RGB light effect on the back. But that’s not the only thing that makes the S89 series unique. This series comes with an enormous 12000 mAh battery. 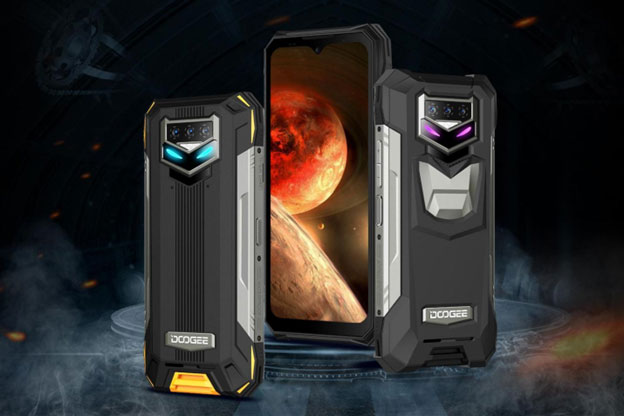 The Nothing Phone (1) advertises its light effects as “Glyph”. But Doogee markets theirs as “Breathing Light.” The Doogee’s breathing light has more of an RGB light effect as compared to the Nothing phone. Users can customize what colours they prefer and assign them to different functions. Doogee also claims users will be able to control other aspects such as light pattern and light speed and select a series of colours to glow in the desired sequence.

If you have a sense of déjà vu, it’s because the S89 series is based on the legacy of an earlier Doogee series—the Doogee S88 series. The S88 series, with a massive 10,000 mAh battery and RGB light, remains one of the best-selling series to come out of the company, and they are trying to recapture that fire again.

Doogee is claiming it has found a way to engineer a 12000mAh battery into the S89 series’ 19.4mm thick case. This is impressive considering the size of the battery and the company’s ability to manage to keep the weight of the phone at 400g. 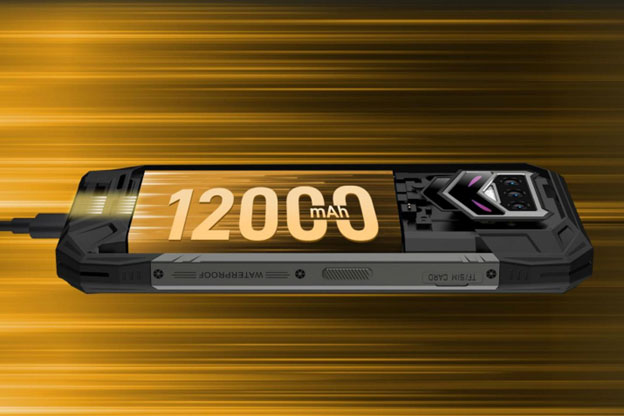 When you hear a large battery, it sounds good until you realize you have to charge it. Doogee’s fast charging technology is up to par with its large battery ambitions. The S89 Pro will ship with a 65W fast charger (the first rugged phone to ship with a 65W charger), which is capable of recharging the battery from 0 to 100% in about two hours. The S89, on the other hand, only comes with a 33W charger.

For cameras, the S89 series features a tri-camera setup, with the S89 Pro going for a 64MP + 20MP + 8MP set up on the back. The S89, on the other hand, comes with a 48MP + 20MP + 8MP setup. Both devices’ main cameras are tuned to get the best out of every shot that is taken. Both the 20MP sensors are for night vision, and finally, the 8MP sensors are meant to be used for ultra-wide shots. Sony built all the sensors used on the rear of this series. 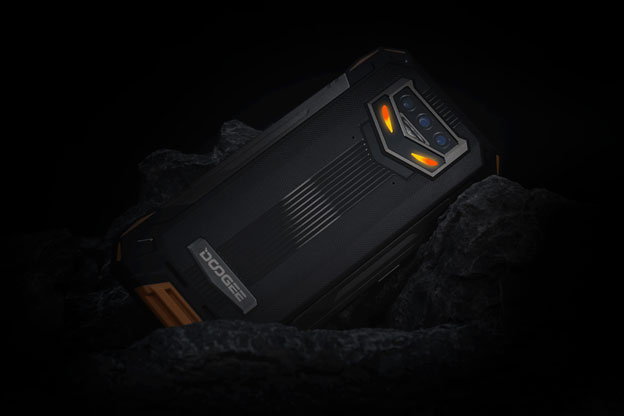 Under the hood, the S89 series trusts the MediaTek Helio P90 to handle its performance. The S89 Pro will then pair the chipset with a base memory configuration of 8GB + 256GB. The S89, on the other hand, features an 8GB + 128GB base memory setup.

It goes without saying that the S89 series is waterproof and dustproof with its IP68 and IP69K ratings. It is also MIL-STD-810H certified, making it drop-proof. Furthermore, it also comes with NFC, runs Android 12 OS out of the box, reverses charging, custom button, and many more.

The S89 series’ launch date is earmarked for August 22nd on both AliExpress and Doogeemall.

Doogee has also provided a $10 limited-time coupon for further discounts. This coupon is only available for very early buyers, so the earlier you place an order, the cheaper the price you get.

There is also a way to win one of these rugged phones for free. Doogee has two ongoing giveaways in which winners will be selected and sent a free S89 series.  To learn more about the giveaway rules and prizes, click here to visit the S89 webpage series.

The best eBikes and scooters for your city commutes » Gadget Flow

‘Worst Attack On This Republic In Modern History’ (VIDEO)

TikTok, Strategies to Defend Against Bots, and More!

Long Shower Arm That Benefits Your Bathroom the Most –

5 Business Benefits Of Migrating To The Cloud