8K display support may still be AWOL but Sony surprised us all last week by revealing a new firmware beta test, opening the door to 1440p functionality for PlayStation 5 amongst a range of other smaller scale new features and quality of life upgrades. With its plans to break into the PC monitor market, adding support for 2560×1440 functionality makes sense and while the firmware beta works well, a little more work is required to ensure this update delivers everything it should.


Before going into the specifics, the introduction of this feature shows that Sony is responding more readily to consumer feedback. Not only has support for 1440p monitors been implemented, the firm has also responded to criticisms of its initial implementation of Auto Low Latency Mode support, an option that basically automatically invokes Game Mode on HDMI 2.1 TVs. First of all, ALLM wasn’t available at all, then it was added but couldn’t be turned off (causing issues with other TV features, such as black frame insertion). However, ALLM was finally added as a toggle, satisfying all parties. This may seem like a minor detail, but it’s actually a good thing to see a platform holder addressing what some may consider to be minutiae.


The introduction of 1440p is more of a mainstream request though, simply because of the proliferation of 1440p PC displays, currently the sweet spot in terms of price, quality, features and performance. While a 4K screen is a better fit for the current-gen consoles, 1440p is becoming ubiquitous in the PC space. These screens typically support 1440p over HDMI 2.0 at both 60Hz and 120Hz too while HDR is often featured as well. Adding specific support solves the problem where some of these screens would not support a 4K 60Hz input, meaning that 1080p was the only way forward. And while some monitors could downscale a 4K 60Hz input, 4K at 120Hz was always off the table, owing to the bandwidth constraints of the HDMI 2.0 protocol. Adopting a native 1440p output solves the compatibility problems – and also allows for 120Hz too. Meanwhile, allowing the PS5 to perform the scaling eliminates the possibility of additional display latency via scaling and likely produces a higher quality result too.


And it’s at this point that it’s worth stressing that just like the 1080p option on PlayStation 5 on the vast majority of games, 1440p simply changes the video output – it doesn’t change the rendering resolution of the titles you play, so performance will be the same as 4K. Something else I’ve discovered is that on titles that do have different rendering profiles according to the output resolution selected (mostly PS4 Pro games), they defer to 4K modes when 1440p is selected, with the GPU downscaling before sending the image to the display output.


Interestingly, Sony has added in a test function for users to see whether 1440p actually operates correctly on your screen – and it’s mandatory to run this before the new display option is available. It cycles through 1440p output at 60Hz and 120Hz, in both SDR and HDR colour modes. Once you’ve validated that you’re getting a picture in each configuration, you’re then able to select 1440p output within the dashboard and you’re good to go.


For the final roll-out of 1440p for PlayStation 5, I would like to see a key changes made. VRR (variable refresh rate) works just fine on PS5 at 1080p or 4K, but Sony has elected not to support it at 1440p – and that’s disappointing, because it works on Xbox just fine. It may well be that there is some deviation from HDMI spec in allowing VRR and 1440p to run in tandem, but the point is that it is possible and therefore should be supported. In fact, running a 1440p PC monitor with FreeSync enabled on the menus may stop the 1440p functionality from working at all. We noted this behaviour with an LG 27GL850. However, go into the menus on your monitor, turn off FreeSync support and it should work. Ideally, everything should just function as it should automatically. Some PC monitor don’t actually support VRR at the full 120Hz, so maybe compatibility concerns are the cause here – but the fact is that many screens do support it, so really it should be supported.

A test cycle is required to enable 1440p, allowing the PS5 to figure out which refresh rates are supported at 1440p resolution and whether HDR works or not.


Something we tested extensively – as far as we could – concerned the new firmware’s support for HDMI 2.0 televisions. Right now, PS5 runs 60Hz content at full 4K, as it should. However, 120Hz game modes see resolution busted down to 1080p – which is fine except that many screens, including the popular Samsung NU8000 do actually support 1440p120. Supporting this would be a good thing, because many 120Hz game modes top out at 1440p anyway. We got this working on the NU8000 but it wasn’t easy. You see, the display supports 1440p120 but not 1440p60, meaning we failed the test sequence which kicks off with a 60Hz test. Only by pressing right on the controller and then X to ‘pretend’ it was supported were we then moved onto the 1440p120 test, which the NU8000 works fine with. Say yes to that and you’re good to go: games run at 4K60 on 60Hz content, delivering 1440p120 when high frame-rate modes are engaged. A small tweak to the 1440p test cycle could address the issue, perhaps by testing 120Hz first and not automatically failing you if you don’t see an image. This may only be a problem with a small number of screens – many may work just fine – but I’m willing to get there are many thousands of Samsung HDMI 2.0 displays of a certain vintage out there.


Running at 4K60, with a 1440p120 fall-back for high frame-rate content works out rather well. It may well be preferable to the Xbox route, where setting 120Hz forces this for all content – even when frame-rates are capped at 60fps. For owners of HDMI 2.0 sets that support 1440p120, Xbox essentially requires you to manually change resolution and refresh rate for best results, whereas a correctly configured PS5 will automatically change the display output for you depending on content.


Once you’re running 1440p, the next question concerns what actually happens with games running at various resolutions. The Sony blog post describes how the console outputs native 1440p, but are we talking about just a 1440p signal or will games that natively render at 1440p output with a pure 1440p 1:1 pixel mapping output? The truth is, it’s a little complicated. First of all, to test this we need to find a game that outputs 1440p natively and preferably with no anti-aliasing whatsoever – the jaggier the image the better. That’s not easy, but if we dip into the PS4 Pro library, Star Ocean: The Last Hope actually offers users the chance to select from a range of resolutions and yes, you can get an image with no anti-aliasing whatsoever from this game. Image quality is razor sharp, suggesting that yes, a native 1440p game outputs at a crystal clear 1440p with no scaling or double-scaling (1440p to 4K to 1440p) artefacts. 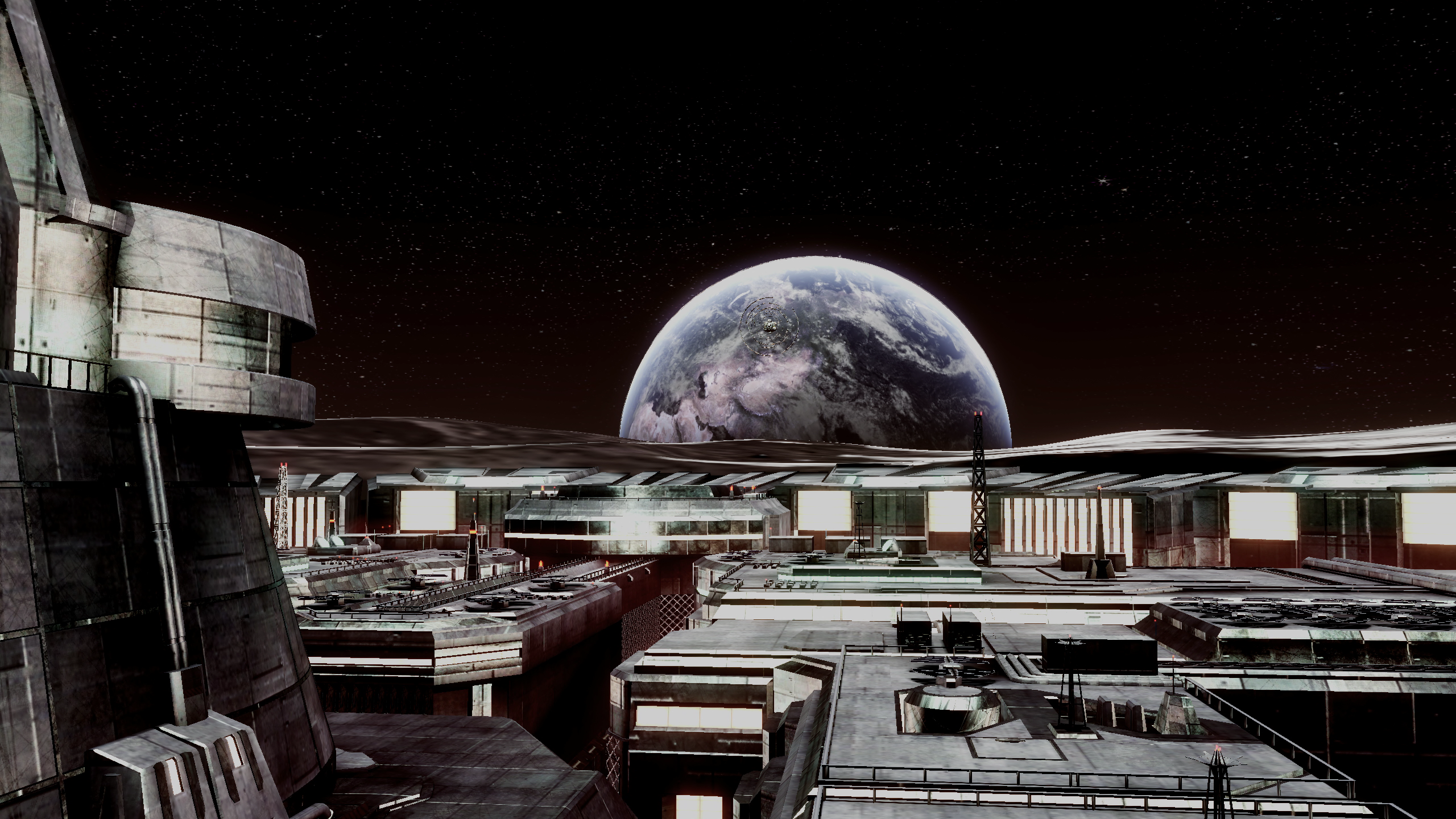 Star Ocean: The Last Hope is a PS4 Pro title that offers the choice between 720p, 1080p, 1440p and 2160p resolutions – and you can disable anti-aliasing. This allowed us to confirm that when a native 1440p framebuffer is used (click on the thumbnail for a full resolution image) you get a razor sharp 1440p output. However, many games simply composite 1440p into a 2160p output image, in which case you’ll get double-scaling. It’s not really an issue in the TAA era but shows the limitations of the new 1440p support.


However, in our tests, this ultra-clean 1440p output isn’t always a given. PUBG on PS4 Pro also renders internally at a locked 1440p. Gameplay here with TAA looks absolutely fine, but double-scaling seems to be happening as evidenced by grabbing a still from a camera cut, where TAA is not active on the first frame. The evidence suggests that the developer takes the 1440p framebuffer and integrates into a higher resolution 2160p image with 4K HUD details. This then gets downscaled back to 1440p by the console’s new scaler function. Is it a problem? Not really, because the loss of clarity isn’t that significant but it illustrates limitations with the set-up.


There’s something else to bear in mind too. In the current era of TAA upscaling, a native 1440p image gains detail from prior frames before a 2160p image is beamed out to your 4K display – the Demon’s Souls Remake in its performance mode is a good example of this. In this scenario, reconstructing up to 4K, then downscaling to your 1440p screen is actually a net win in terms of image quality. Ultimately, whether supersampling down from a well-upscaled image, or indeed simply downscaling 4K, the results look pretty good on a 1440p screen with this new firmware.


In summary, I was surprised and happy to see this new feature come out of nowhere – the more high resolution displays PlayStation 5 natively supports, the better. However, the lack of VRR support should be addressed and a little more thought is required for the mandatory 1440p test cycle in order to allow for the eventuality of HDMI 2.0 TVs supported 120Hz but not 60Hz. Next stop: 8K? It’s hardly a priority bearing in mind the lack of game and media support, but it’s still somewhat bizarre to have 8K support flagged on the box, when the console lacks any kind of 8K functionality.

Who is Bobby Wooten III