Rangers’ legendary goalkeeper Andy Goram has died at the age of 58 after a short battle with cancer.

Goram made 260 appearances for Gers between 1991 and 1998, and won five league titles, three Scottish Cups and two League Cups.

The former Oldham Athletic and Hibernian shot-stopper won 43 caps for Scotland and was the first-choice goalkeeper for both Euro 92 and Euro 96 in Sweden and England respectively.

“The thoughts of the directors, management, players and staff are today with Andy’s family, and would ask that their privacy is respected at this sad time. Funeral details will be communicated in due course.”

Remembering one of Scottish football’s greatest ever players

Here Sky Sports looks back on a career which, although turbulent at times, will see him remembered as of Scottish football’s greatest ever players.

Andy Goram’s sporting journey began in England and could have seen him focus on cricket rather than on football.

Born in Bury in 1964, he excelled at both sports as a teenager and actually favoured a career between the wickets rather than the goalposts.

He was captain of Lancashire Schoolboys – the great West Indian batsman Clive Lloyd, who was playing for the county at the time, was his hero.

But, after signing for Ron Atkinson’s West Bromwich Albion as a 15-year-old, his football development became his focus.

His time at The Hawthorns did not go to plan though.


When Atkinson departed for Manchester United a year after his arrival, the new boss Ronnie Allen felt the 5 foot 11 Goram was too small to make it as a ‘keeper and he was released.

A 16-year-old Goram made his debut in May 1981 and went on to make 219 appearances for the club across a six-year spell.

By then he had won four Scotland caps and decided to move north, signing for Hibernian in a £325,000 deal. 
His performances in the capital did not go unnoticed and Rangers made their move in 1991 when Walter Smith bought him for £1m.

This time he was following in the footsteps of England goalkeeper Chris Woods and, rather than crumble under the pressure of playing in Glasgow, he thrived on it.

It was in the heat of an Old Firm clash that he often delivered his best performances.

During his seven years at Ibrox, he faced Celtic 26 times.

He kept 11 clean sheets and was on the losing side just five times. 
His contribution was such that Tommy Burns – Celtic manager for three of those years was famously quoted as saying “When I pass away you can put it on my tombstone `Goram broke my heart’.

He was transfer-listed by Walter Smith in 1994 after going AWOL for six days, drinking and partying in Tenerife when he should have been resting.

But he worked on his fitness that summer, returning fitter and stronger. That convinced his manager to give him a second chance.

During his time at Ibrox he was named the Scottish Football Writers’ and PFA Scotland player of the year in 1993. 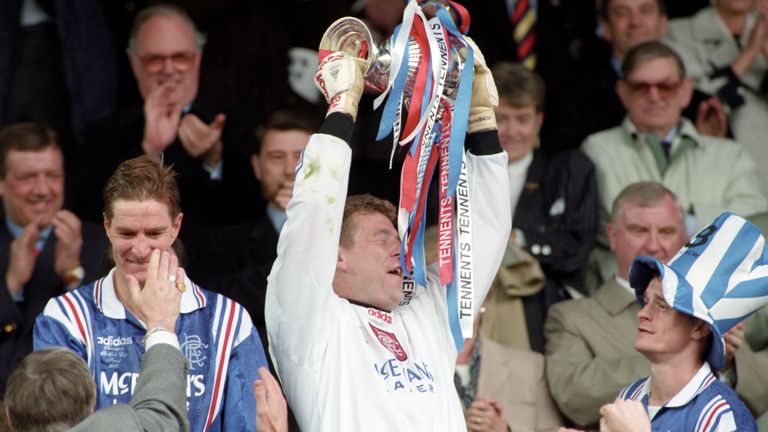 
In total, he would win three Scottish Cups, two league cups and be part of six title-winning squads as he helped the club clinch nine-in-a-row before leaving in 1998 when Dick Advocaat took over as manager.

After losing his way that year with just one appearance for Notts County, and nine for Sheffield United he eventually returned to Scotland with Motherwell and again showed people just how special a talent he was.

He led by example and helped the Lanarkshire side to a fourth-place finish in his second season at Fir Park, eventually racking up 69 games for the Steelmen. 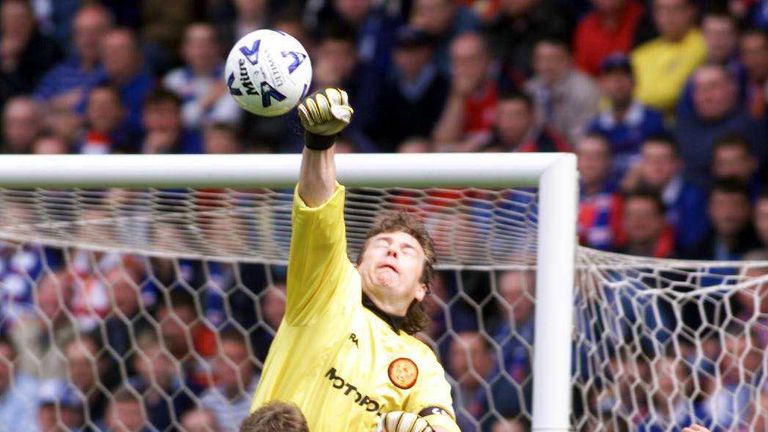 
In the final months of his time with Motherwell, Goram was given the chance to fulfill another of his childhood dreams.

Sir Alex Ferguson called to bring him to the team he supported as a boy, Manchester United.

He played for them just twice but, nevertheless, it was another ambition ticked off for the boy from Bury.

Spells with Hamilton, Coventry, Oldham again and Queen of the South followed where he notched up his 750th appearance in senior football and helped his side win the Challenge Cup along the way.

He finished up in 2003 at Elgin City having played 762 games during his club career. 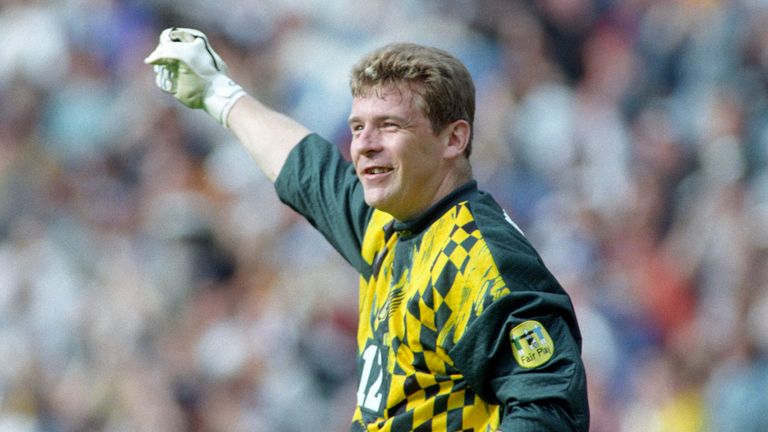 
It was not just on the domestic stage that Goram excelled – he won 43 caps for Scotland, across a 13-year period.

He was the number one at Euro 92 in Sweden and again at Euro 96 in England.

Like his club career though, his time in the national jersey also threw up the odd moment of debate or controversy – most noticeably in 1998.

Just 15 days before the World Cup was to start in France, he walked out of the squad.

He was furious manager Craig Brown had opted to pick the 40-year-old Jim Leighton as his number one for the tournament, and not him.

He left their US training camp and retired from international duty. 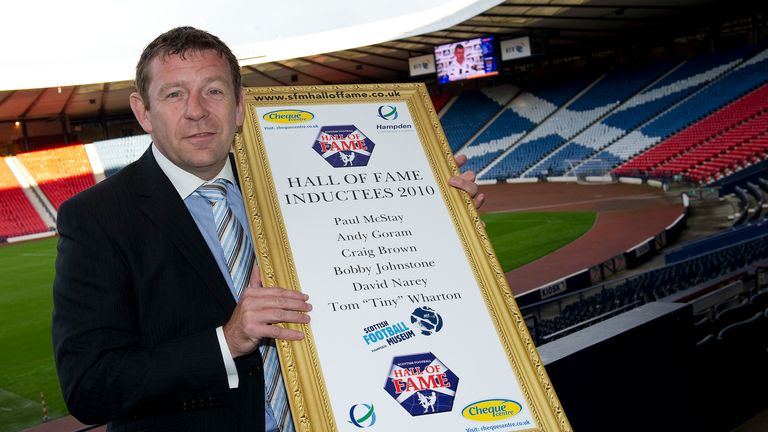 Image:
Goram was inducted into Scottish football’s Hall of Fame in 2010


Goram’s passion to represent the country of his father did not stop on the football field.

He also pulled on the cricket whites of Scotland as well, managing two first-class matches – and remains the only person to have played a first-class international match at cricket as well as a major international football match for Scotland.

Released by his first club, told he was too short to make it as a ‘keeper, he had to battle to achieve what he did.

He did not always help himself along the way.

During his career, it is fair to say that Goram caused the odd headache for his managers, and clashed with the odd team-mate, but Smith underlined exactly why he and others would see beyond that.

He said: “I cared far more about that winners’ attitude he had. He had a burning desire, a craving to keep a clean sheet every week.”

That sums the man up pretty well;

For many people, he wasn’t just a Goalie, he was, The Goalie.

How To Buy The Best Vintage Looks, According To Expert Resellers