“The Bear” offers an intriguing, character-driven glimpse into the inner workings of a restaurant kitchen through the prism of clashing egos — and a dysfunctional family work unit that somehow pulls it all together when the heat is on.

It’s a world that feels very authentic, and there’s a good reason for that: the eight-episode FX series — streaming exclusively on Hulu — was created by Christopher Storer (“Ramy”) and counts renowned Chef Matty Matheson as a co-producer (he also has a small role); Storer’s sister, Courtney Storer, is a chef and serves as culinary producer. The strong ensemble cast, headed by Jeremy Allen White (Phillip “Lip” Gallagher from “Shameless”) as moody protagonist Carmen “Carmy” Berzatto, creates an ego-deflating/inflating atmosphere fraught with tension, exhilaration, dark comedy, casual pettiness and bonding.

Our story begins as Carmen, an acclaimed, tattooed, award-winning chef, leaves his high-pressure job and toxic boss in a sterile, world-renowned New York City restaurant and returns to Chicago to take over the family’s chaotic sandwich shop following the suicide of his brother, Michael, who ran the place with his best friend, Richie Jerimovich (Ebon Moss-Bachrach). 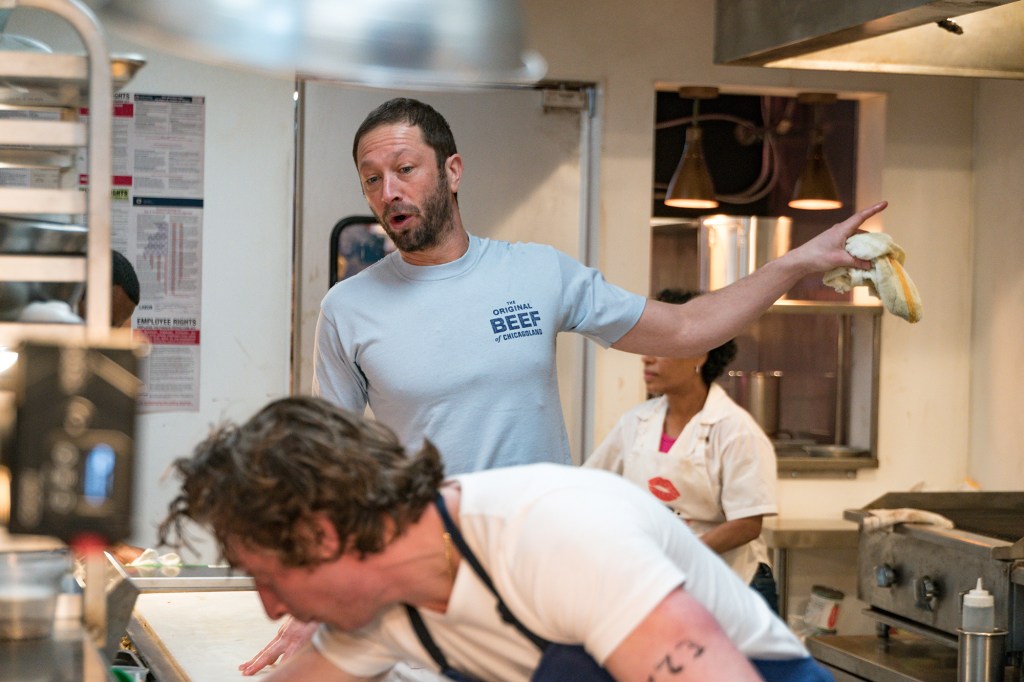 The Original Beef of Chicagoland is a grungy, beaten-down, grease-stained storefront-part of a local neighborhood with a steady, loyal clientele (thanks in part to its ’80s-era video games). But it’s thisclose to financial ruin and gets by on a wing and a prayer. When the series opens, Carmen has only been there a short time and is trying, and mostly failing, to establish a semblance of order to his recalcitrant, veteran kitchen staff, who don’t exactly roll out the welcome mat for this hoity-toity wannabe intruder into their insular world. They’re still loyal to Michael, and it doesn’t help when Carmen hires Sydney Adamu (Ayo Edebiri), a young, motivated sous chef who immediately clashes with her set-in-their-ways colleagues. 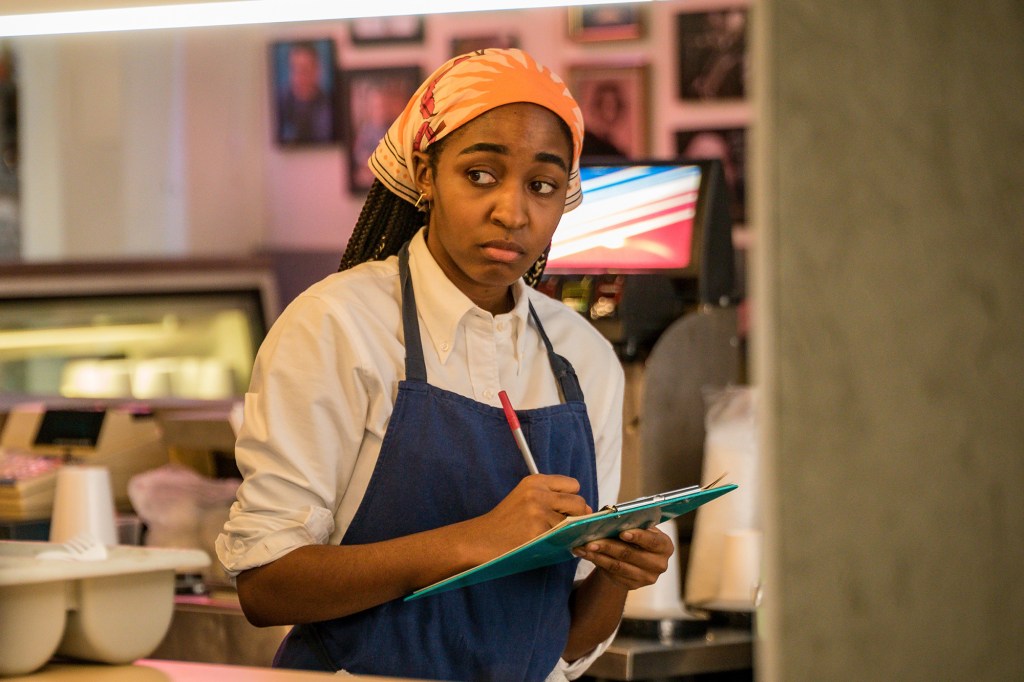 But there’s more than meets the eye; Carmen’s family and friends, especially Richie — loud, argumentative and in-your-face — resents the way he “left” the family behind to pursue his highfalutin chef ambitions; his sister, Natalie (Abby Elliott) — nicknamed “Sugar” — is supportive, but Carmen didn’t show up for Michael’s funeral and hasn’t seen their mother since he’s been back, so there’s that. “I’m gonna fix this place,” he says to Sugar about the sandwich shop. “No one’s asking you too,” she counters. Meanwhile, he’s nearing a breaking point trying to make sense of Michael’s shambolic bookkeeping while micromanaging the staff, staving off a bid to buy the place from his Uncle Jimmy (Oliver Platt) — to whom Michael owed mountains of cash — acclimating to his new environment and keeping his anxiety-bear at bay (and not having much luck in any of those scenarios).

The supporting cast features restaurant staffers Marcus (Lionel Boyce), the resident baker with a talent for cake design and an eagerness to learn; Tina (Liza Colón-Zayas), who’s extremely wary of Carmen and Sydney and isn’t shy about hiding her disdain; and Ebraheim (Edwin Lee Gibson), who doesn’t say much — but, when he does, he gets his point across. Matheson plays Neil Fak, the good-natured fix-it-all who considers himself part of the shop’s family. They’re the glue that keeps “The Bear” running on all cylinders along a steady course of drama, dark comedy, disappointment and redemption — and it’s a strong recipe for an enjoyable series with White, Edebiri and Moss-Bachrach leading the charge.
Source by nypost.com