by Editor
in Health
0 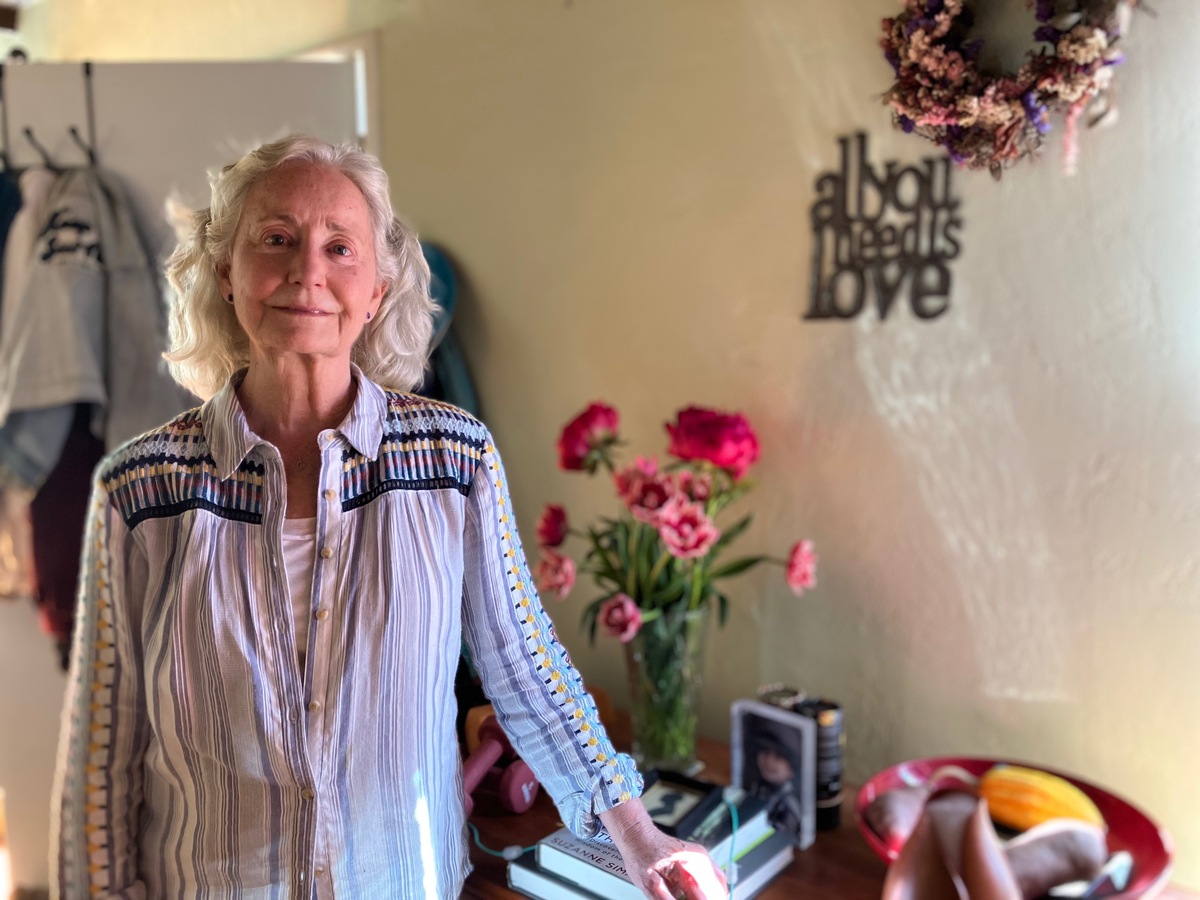 As numerous states have started to ban abortion in wake of the Supreme Court overturning Roe v. Wade, volunteers in California are mobilizing to help people who want to travel to their state for care

“If you are a person who suddenly finds yourself with a need to go camping in another state friendly towards camping, just know that I will happily drive you, support you, and not talk about the camping trip to anyone ever.”

Abortion remains legal in California. But her veiled offer was focused on women in other states, who now might be desperate for access to abortion services — for whatever reason. She envisioned picking them up at the airport in San Francisco, driving them to a local clinic for an abortion, then offering them a place to sleep on her couch, and maybe even a hand to hold.

This kind of support is something she did not have, herself, when she traveled to California for an abortion in 1970.

“I lived in Minneapolis. I looked and looked and back then, there were no sources,” she remembers. “So I had to pay the money to fly to California.”

It was one of three abortions Mitchell had before Roe v. Wade was decided in 1973 – one in California and two in Washington, DC. It was before birth control and sex education were commonplace. Mitchell is 75 now and can hardly believe this is happening again.

“I was just furious,” she says, after the draft opinion by Justice Alito first leaked. “What I did was I fueled myself in looking for ways to help others.”

Around twenty six states are now likely planning to ban or heavily restrict access to abortion following the Court’s ruling. As women look to travel out of their home state to find abortion care, California medical clinics and volunteer networks are actively preparing to welcome them. For 1.4 million people, their closest abortion provider will now be in California. That represents an almost 3,000% increase in potential demand for California-based services.

State lawmakers are working to establish a state Abortion Practical Support Fund that would help women cover the logistical costs of traveling here for an abortion, including transportation, lodging, and childcare. Nonprofit groups, meanwhile, have been working to recruit and train wanna-be volunteers like Mitchell, harnessing their anger and activism into concrete help: rides to clinics, safe places to stay, a landing pad.

“I am amazed at people coming together and supporting and showing up for people that they don’t even know, in droves,” says Tricia Gray, the volunteer engagement coordinator at Access Reproductive Justice, a California-based nonprofit abortion fund.

For months, Gray’s group has been fielding calls from people who already need help with travel from Texas, Arizona and even New Mexico, where abortion remains legal, but where clinics have been struggling to keep up with the needs of women traveling there from Texas. This is on top of the hundreds of Californians they already help every year – 40% of counties within California have no clinics that provide abortions.

Gray has about 60 active volunteers now, but is working to bring that up to 250 statewide. Geographically, she’s focusing on neighborhoods near LAX, the main airport in Los Angeles, which they expect will be a travel hub for patients coming from out of state. Demographically, she’s hoping to find volunteers who reflect their callers, who are mainly Black, people of color, and low income.

“Marginalized communities are always forced to be reactive, and we had to be proactive to support our callers,” Gray says.

With the pandemic, current volunteers are still giving rides, but home stays have been on pause – Gray hopes to resume them in the next month or so, when they can do so safely. For now, volunteers help pay for and book hotel rooms instead, which can cost $400 or $500, she says, depending how many days a person needs to stay for the procedure.

With the added costs of a plane ticket, a babysitter, and lost work hours, the total logistical costs of getting an abortion can exceed a few thousand dollars. As patient volumes have grown, volunteer networks and nonprofits can’t keep up with the growing demand.

Every time a person from out of state makes an appointment, one of the clinic’s abortion navigators calls them to see if they need help with travel, Martinez says. The navigators can arrange reimbursement for some expenses, but not for everyone who calls, and only up to $500 for each patient.

State lawmakers’ proposed Abortion Practical Support Fund would help by providing grants to nonprofits like Access Reproductive Justice or Planned Parenthood, which can then be used to help people, in state and out-of-state, pay for logistical costs, including airfare, taxis, gas money, childcare, or translation services. They can also be used to fund the work of staffers such as abortion navigators, or volunteer coordinators like Gray.

“We’re calling it ‘abortion tourism,'” says Greg Burt, a Sacramento-based advocate with the California Family Council. “Come to California, go to the beach, get your abortion done and we’ll pay for it, by the taxpayer.”

“Those incentives send a message that we value one more than the other,” Burt says.

Nearly 80 percent of Californians have said they’re opposed to overturning Roe v. Wade, according to an October poll. At the mall in San Francisco in June, KQED interviewed shoppers, and similarly found that a large majority thought it was a good idea for the state to use their tax dollars to help women from other states come here for abortion care.

“I think it’s okay, because what if a woman would get raped?” said Latasha Johnson, 44, referring to some laws in other states that would prohibit abortion even in cases of rape or incest.

“Setting aside taxpayer money is really important to ensure safe abortions for people,” explained Caroline Fong, 19, a college student who, in the fall, will return to her campus in Missouri — one of 13 states with a so-called trigger law set to automatically ban abortion after the Supreme Court decision.

“If we can help, we should,” said Howard Dixon, 60. He added that government “wastes a lot of money anyway. So I would like to think that a little bit of my money is going towards a good cause.”

“We do not agree with that,” said Joe Bacan, 44, a construction worker, speaking in Spanish. “We believe in protecting life.”

His wife, Claudia Sanchez, 49, added: “There are a lot of things we could invest in that would be better than that.”

The proposed fund, detailed in Senate Bill 1142, is one of 13 bills moving through the state legislature aimed at making California an abortion sanctuary state.

Lee Mitchell supports all of these legislative and philanthropic efforts, but she wants to be personally involved, in a hands-on way. She’s fueled by imagining what it might have been like back when she was 20, if only her future self, or someone like that, had picked her up at the airport.

Seasoned advocates like Tricia Gray say the simple act of driving someone to the clinic, chatting about the traffic, or ordering them Thai food can be life-changing for the person seeking abortion care and for the volunteer.

“It’s transformative because of the simplicity,” Gray says. “It’s very revolutionary to just give someone a ride and say, ‘We got your back. We can’t solve it all, but at least we can solve this.'”

How To Get Rid Of Cold Sores

A Guide To The Most Important Health Monitoring Systems