PCIe vs NVMe Compared: Related, But Not The Same! 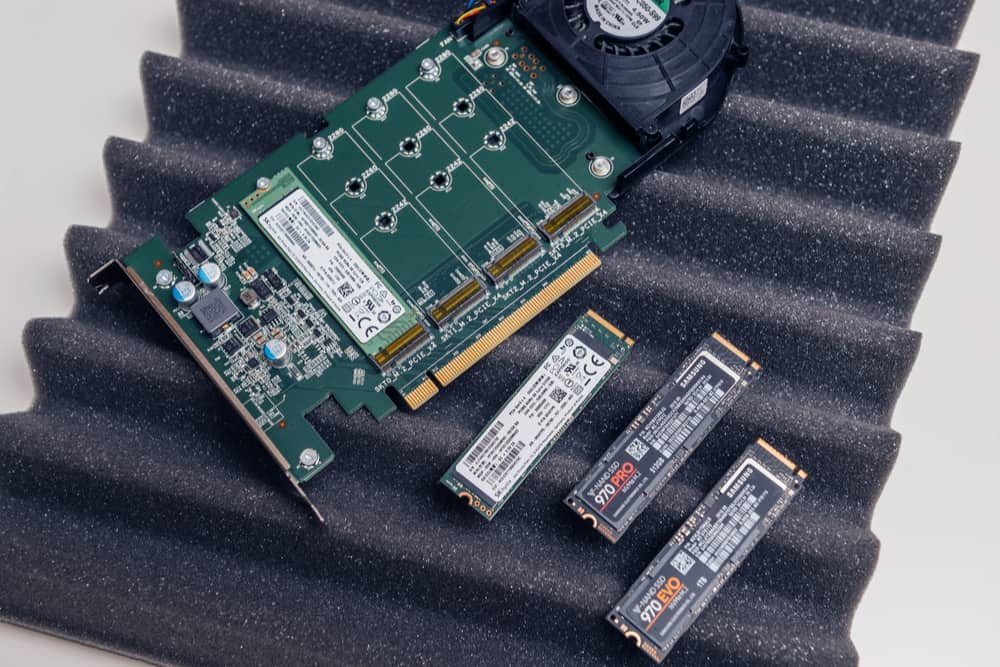 Curious to know the difference between PCIe and NVMe? You should check out this PCIe vs NVMe comparison article.

To make this article an easy and interesting read, I have divided it into several sections. The first section is an overview of the PCIe and NVMe.

Meanwhile, the second section explains how the technologies work compared to each other. However, in other sections, I will be comparing the features of the PCIe and NVMe as well as their pros and cons.

Besides, there is a section in this article that answers some of your frequently asked questions about these technologies. So, join me in this journey as we discuss every important detail about PCIe and NVMe. 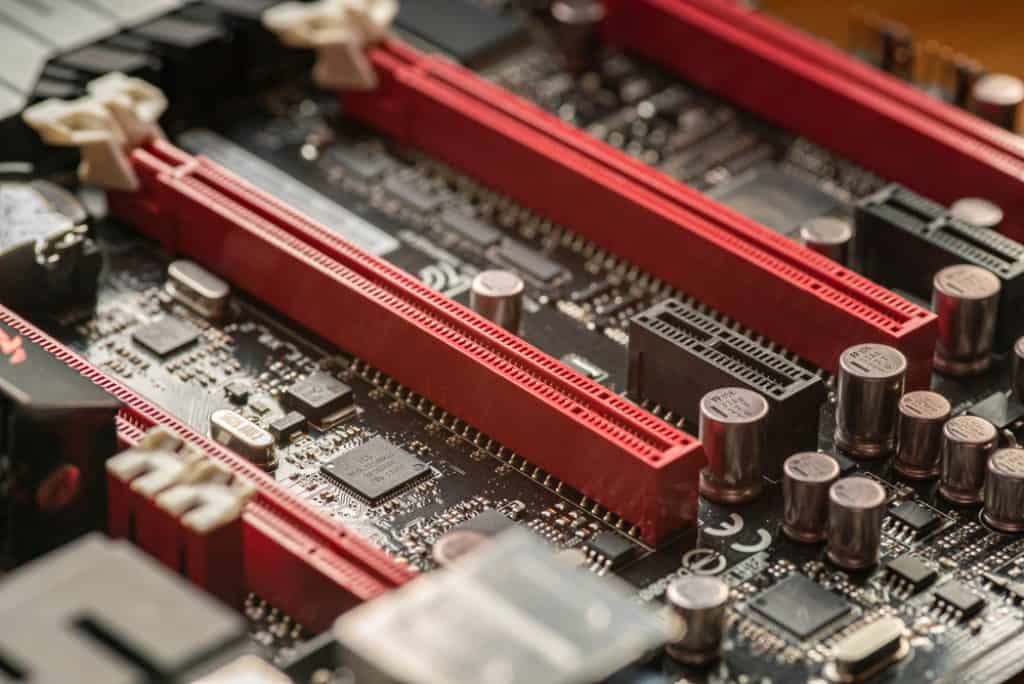 The terms NVMe and PCIe are frequently used interchangeably, causing a lot of misunderstandings. In some circumstances, PCIe and NVMe are considered different storage drives.

However, what exactly are PCIe and NVMe? Starting with PCIe, it is the short form for Peripheral Component Interconnect Express.

Some of these old bus standard interfaces are AGP, PCI-X, and PCI. Besides, since its introduction, PCIe has gone through a series of improvements, with the latest being PCIe 6.0.

Regardless, PCIe 3.0 is still the most common PCIe generation used in computer motherboards.

While PCIe is a physical interface, NVMe (Non-Volatile Memory Express) is a storage protocol for flash storage devices like SSDs connected to a PCIe interface. Basically, it increases the communication speed between a host device and an SSD connected via a PCIe interface.

In my opinion, I think NVMe was developed so as to broaden the adoption of PCIe SSDs. Besides, it was created by the NVM Express Workgroup in March 2011.

This NVM Express Workgroup consists of over 90 companies including Samsung, Seagate, and Dell.

Aside from that, it is similar to (but faster than) the AHCI protocol that is mostly used by SATA SSDs. Speaking of which, the AHCI protocol features only one command queue and can send about 32 commands per queue.

So, basically, NVMe was created to give PCIe SSDs enhanced speed over their SATA counterparts. However, not all PCIe SSD support NVMe.

Nonetheless, if you see an NVMe SSD, just know that it is a PCIe SSD. This is because NVMe works only with the PCIe interface.

PCIe vs NVMe: How They Work Compared 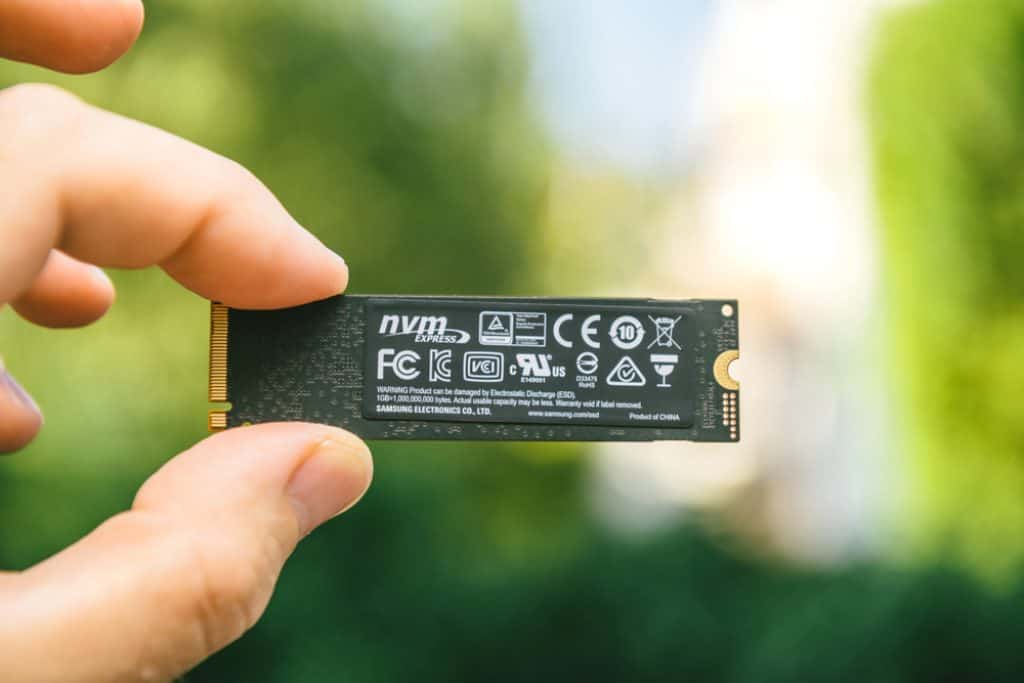 Besides, a PCIe interface can consist of up to 32 lanes (connectors). In addition to that, each lane has a pair of signal wires – one pair for transferring data and the other for receiving data.

Therefore, the more lanes a PCIe interface has, the faster it will be able to send and receive data. Besides, a PCIe 3.0 interface offers a transfer speed of 985 MB/s per lane.

That’s a whopping 31.52 GB/s if the interface features the maximum 32 lanes. However, you will hardly find a consumer-based PCIe drive that supports up to 32 lanes.

Most PCIe drives support 4 or 2 lanes.

As hinted earlier, NVMe was created to enhance the communication speed between a PCIe SSD and a computer. Well, it does this by connecting the PCIe SSD to the computer’s CPU directly.

Besides, NVMe does that without a storage controller so as to reduce latency and increase transfer speed. Hence, when the processor sends a command, it uses a mechanism called “Submission and Completion Queue”.

Basically, when the processor sends a command to the PCIe SSD, it submits it into the submission queue. Also, the processor notifies the NVMe about the submitted command – commands may relate to data transfer or read command.

Responding to the notification made by the processor, the NVMe picks up this submitted command. Thereafter, it processes the command which involves various phases such as fetching.

After processing the command, NVMe sends an interrupt (temporal halt) to the processor that the command has been completed. In doing so, it creates an entry in the completion queue and the PCIe SSD receives the processed command. 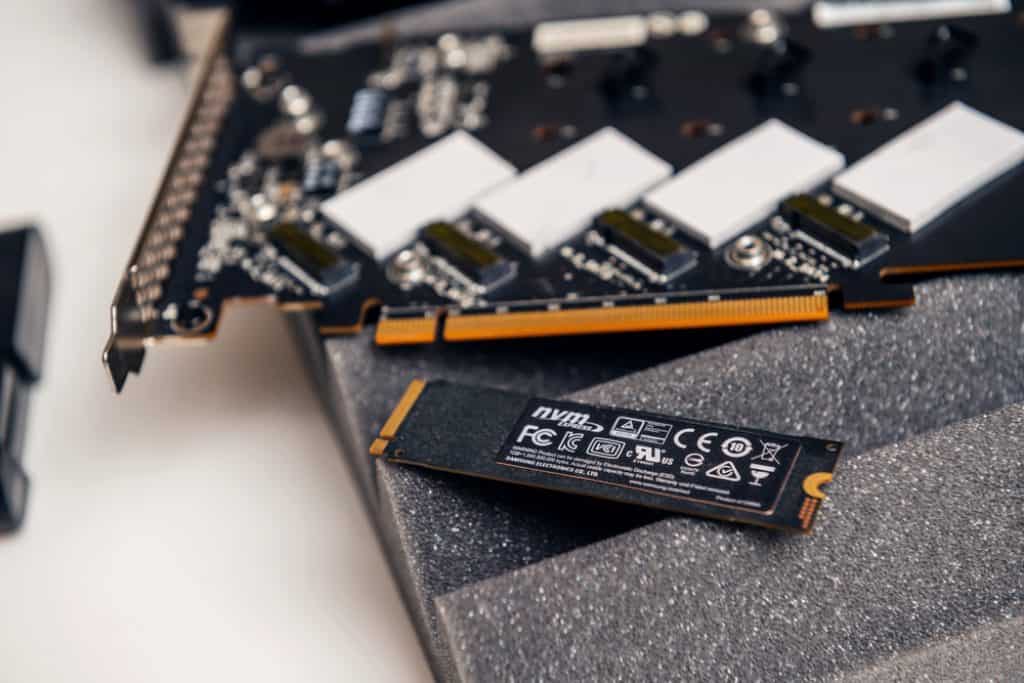 In the previous sections, we discussed how these storage technologies work. In this section, I am going to compare the features of PCIe vs NVMe.

PCIe Is A Connection Interface While NVMe Is A Storage Protocol

PCIe is a bus standard interface for connecting peripheral devices to a computer’s motherboard. NVMe, on the other hand, is a storage protocol specifically made for flash storage connected via a PCIe interface.

Since NVMe was made for flash storage connected via a PCIe interface, it definitely works with PCIe. They basically work together to improve the speed and performance of a PCIe SSD.

As a matter of fact, NVMe only works with the PCIe interface. Hence, without PCIe, there is no NVMe.

Therefore, if you come across an NVMe SSD, it is a PCIe SSD. However, a PCIe SSD might not always be an NVMe SSD.

In fact, the M.2 NVMe PCIe SSD is thin enough to lay flat on a computer’s motherboard. This makes it suitable for mini desktops and ultraportable laptops.

When it comes to NVMe, it offers just two generations and three sub-generations since its introduction in 2011. NVMe’s generations include the base NVMe 1.0 and the most recent NVMe 2.0.

Neither PCIe nor NVMe supports HDD as of the time of writing this article in June 2022. The only storage drive they supported during that period is a solid-state drive (SSD).

Nevertheless, back in 2021, Seagate exhibited the industry’s first HDD connected to a PCIe interface using the NVMe protocol. However, it hasn’t been released since then.

Nonetheless, according to tomshardware.com, Seagate plans to make the first PCIe NVMe HDD available in September 2022. Sadly, it won’t be available to all customers – it will only be available to key customers. 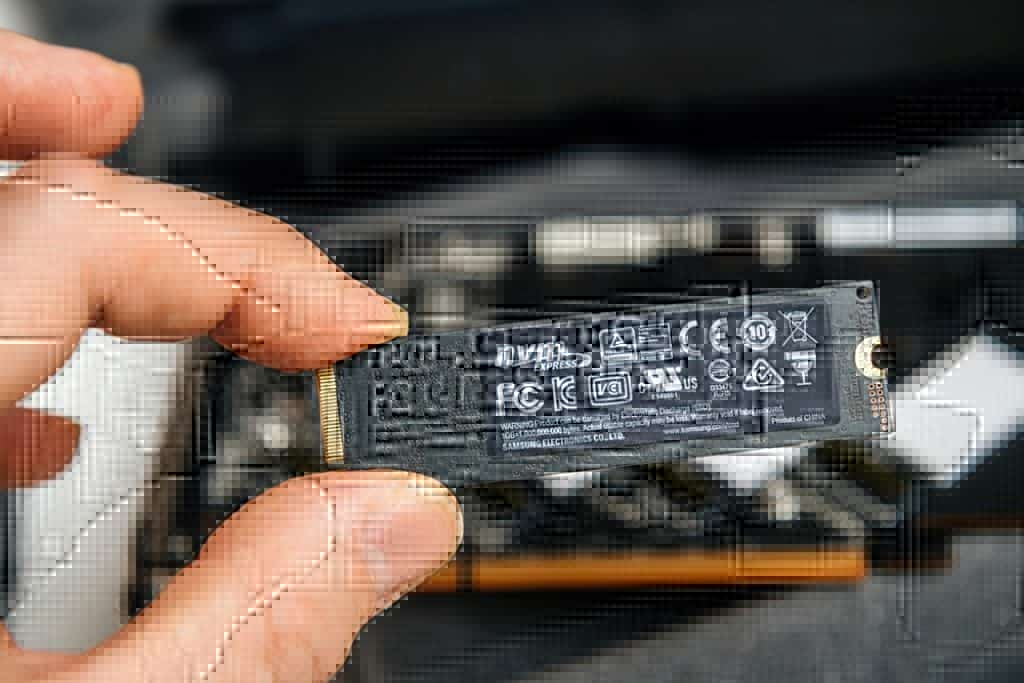 In the section above, we compared the PCIe and NVMe features. We will be learning the advantages and disadvantages of these technologies in this section.

Pros Of PCIe vs NVMe

Cons Of PCIe vs NVMe 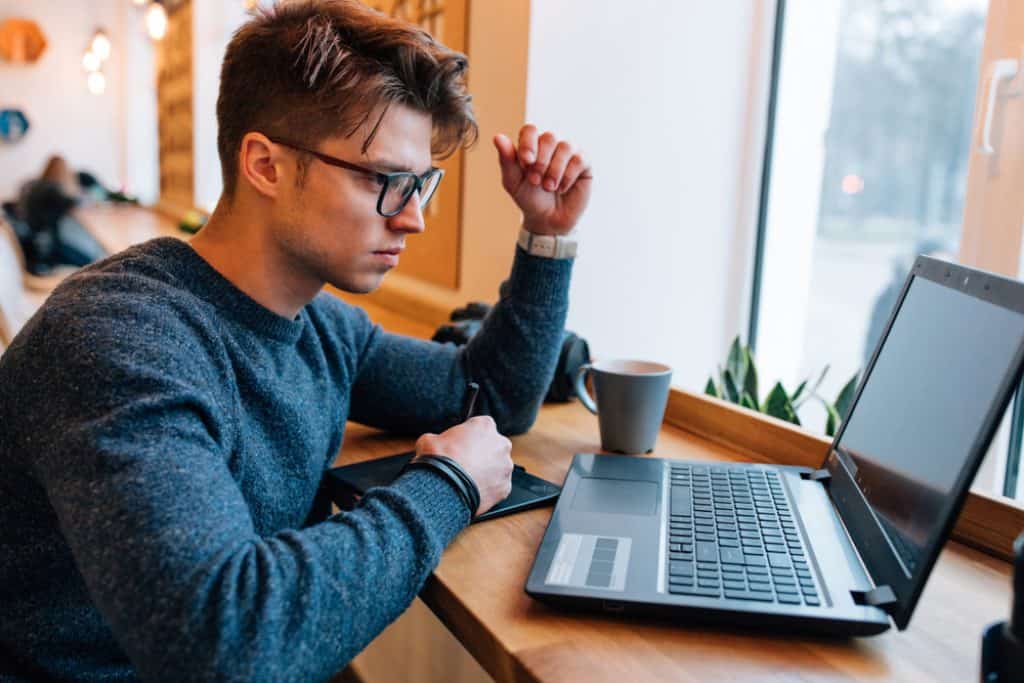 As mentioned severally in this article, PCIe and NVMe work together to improve the performance of an SSD. Thus, in this section, I will be listing some desktops and laptops that feature an NVMe PCIe SSD. 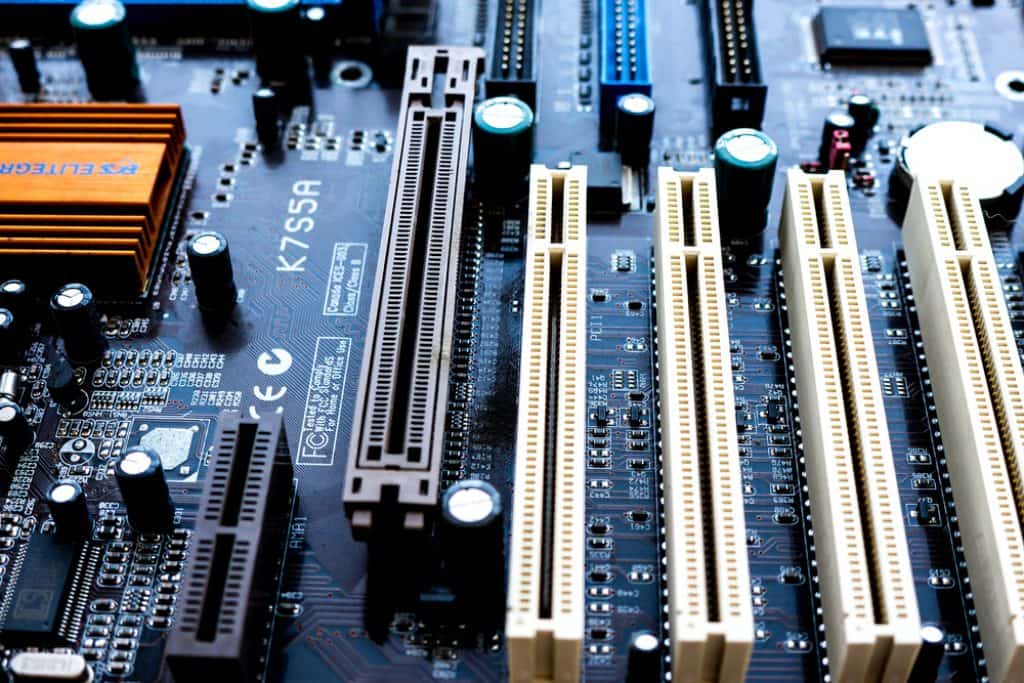 1. What Is The Full Meaning Of NVMe?

The full meaning of NVMe is Non-Volatile Memory Express

PCIe is a bus standard interface used to connect peripheral devices including SSDs to a computer. Moreover, this interface has various generations, with the latest being PCIe 6.0.

However, the most common PCIe generation is the PCIe 3.0 which has a transfer speed of 985 MB/s per lane.

3. What Is The Difference Between PCIe And NVMe?

As said several times in this article, PCIe is an interface for connecting peripheral devices to a computer. NVMe, however, is a fast storage protocol similar to AHCI for flash storage devices like SSDs connected via a PCIe interface.

Hence, NVMe basically works for PCIe SSDs so as to enhance their speed.

Thus, unlike SATA, you don’t need a separate connector to power up a device connected to the PCIe interface. Besides, a single connector a.k.a lanes features about four signal wires.

Moreover, a PCIe interface can offer up to 32 lanes (connectors). Therefore, the more lanes a PCIe device supports, the faster it will be able to transfer or receive data.

NVMe was introduced in March 2011. Furthermore, it was developed by a group called the NVM Express Workgroup.

This group involves about 90 tech companies including Dell, Samsung, Seagate, and so on.

6. What Does PCIe Stand For?

7. Is NVMe Better Than AHCI?

Absolutely! Just like NVMe, AHCI is also a storage protocol.

However, it is mostly used by the SATA interface, unlike NVMe which works with the PCIe interface. Besides, while NVMe offers 64,000 command queues, AHCI offers only one command queue.

As a matter of fact, NVMe can take up to 64,000 commands per queue. That’s over 4 million commands using all the queues.

AHCI, on the other hand, can only take 32 commands per queue.

A PCIe SSD is an SSD that is connected to a computer’s motherboard using a PCIe interface.

No, NVMe does not support SATA. It only works with PCIe.

10. Which NVMe PCIe SSD Is Best For Gaming?

PCIe vs NVMe: My Final Thoughts 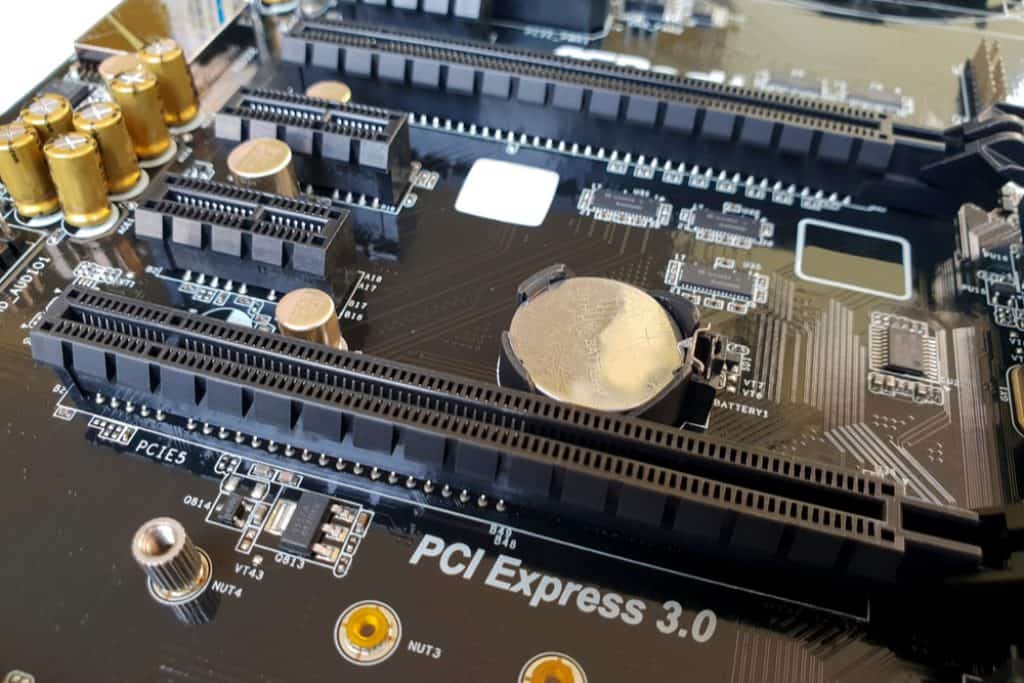 PCIe and NVMe are related, but they are two different technologies. They basically work together to enhance the speed and performance of solid-state drives (SSD).

However, NVMe works only with PCIe. Thus, any NVMe drives out there is definitely a PCIe drive.

Nonetheless, that’s not the same with PCIe drives. To be more specific, not all PCIe devices support NVMe.

This is because NVMe is a storage communication protocol that basically works for flash storage devices. Hence, other PCIe-supported devices such as graphics cards and sound cards can’t use NVMe.

I hope I have been able to clarify the differences between PCIe and NVMe. I also hope you found this article interesting and easy to read?

If you found the article helpful and easy to understand, kindly vote Yes to “Was this post helpful?” below.

You may also share detailed feedback or contribution with the “LEAVE A REPLY” form at the end of this page.

Finally, you may find other helpful articles on our Storage & Disk Technology Explained page.

Here’s what to expect and how to watch the launch event- Technology News, Firstpost

If You’re Suing Just Me, You Can’t Get An Injunction Against My Wife