The abused wife of a man who gunned down two cops in a California motel shootout apologized to the families of the hero officers who she said died trying to help her.

Justin Flores, 35, fatally shot El Monte police Cpl. Michael Paredes and Officer Joseph Santana before he too was killed by the gunfire at the Siesta Inn Motel on Tuesday.

Diana Flores said she had been trying to get away from her abusive husband, who allegedly stabbed her a day before the deadly confrontation – but he tracked her to the Siesta.

“I am so deeply sorry. My deepest condolences for saving me,” Flores said in a tearful interview with CBS Los Angeles.  “I’m so, so, so, sorry. They didn’t deserve that, or their families. They really didn’t. They were trying to help me.”

She claimed to have told the officers “don’t go in, he has a gun” before shots rang out.

“And they still went in,” a sobbing Flores said outside the motel on Wednesday, footage from NBC Los Angeles showed.

“I didn’t want nobody to get hurt in this,” she said. “The only one who was getting hurt was me, and now two other innocent.”

Diana Flores apologized to the police officers’ families who died at the hands of her abusive husband. CBS News LA

The officers had been responding to a domestic incident at Siesta, conducting a welfare check for a woman — believed to be the suspect’s girlfriend — who may have been stabbed, authorities said.

But Diana, who described herself as the suspect’s wife and had his first name tattooed on her chest, said it was possible the officers were responding to a “false call” because she was stabbed on Monday, and hadn’t called 911 on the day of the shooting.

Whatever sparked the visit by cops, they arrived shortly after Julian Flores had found her and confronted her inside the motel. 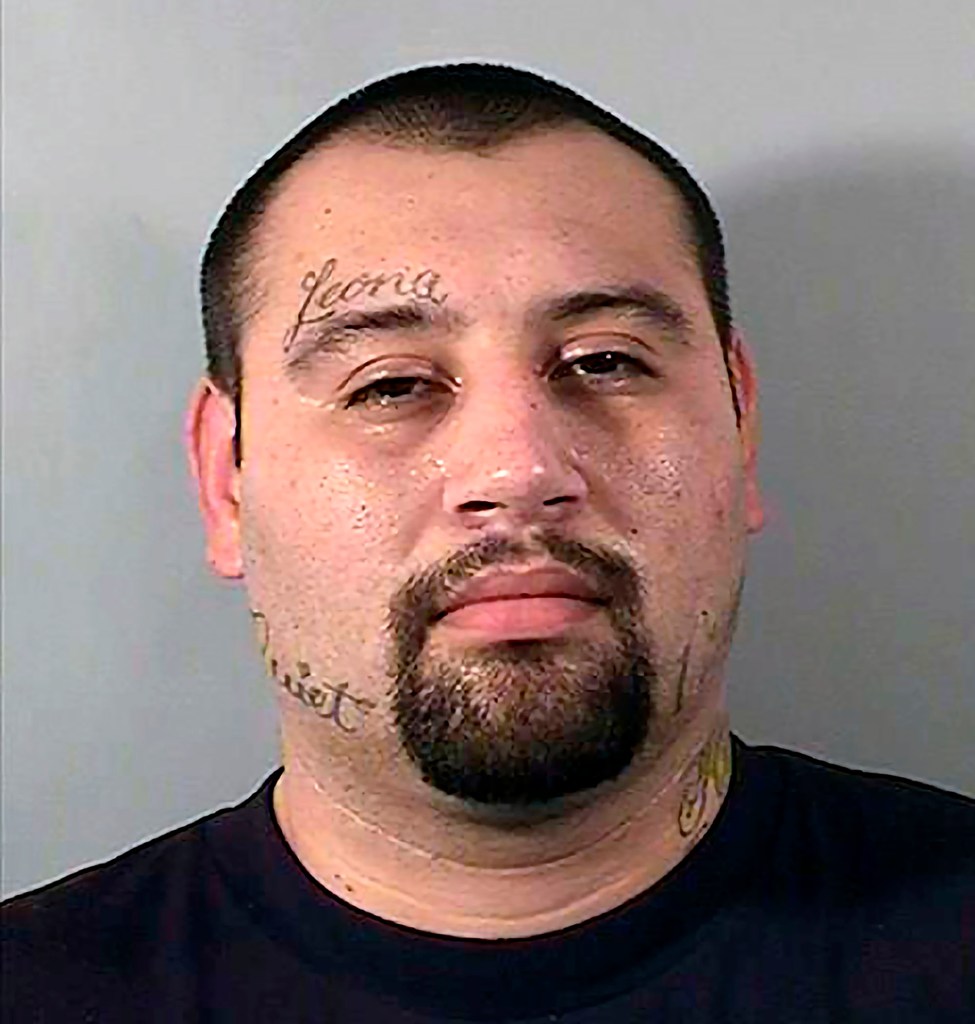 “I was finally able to get up and open the door and run out the door where he was getting his shoes on and then, they went in and I just heard gunshots,” she told NBC. “And I just ran the opposite way, away from here.”

Although she said her relationship with her husband had grown abusive, she was struggling to come to terms with what he had done.

“The guy who killed, who died here today that wasn’t my husband that was a monster that I didn’t know,” she is seen saying in NBC’s footage.

Progressive Los Angeles County District Attorney George Gascón is now facing scrutiny over why the alleged gangbanger was left free to roam the streets despite his lengthy rap sheet. 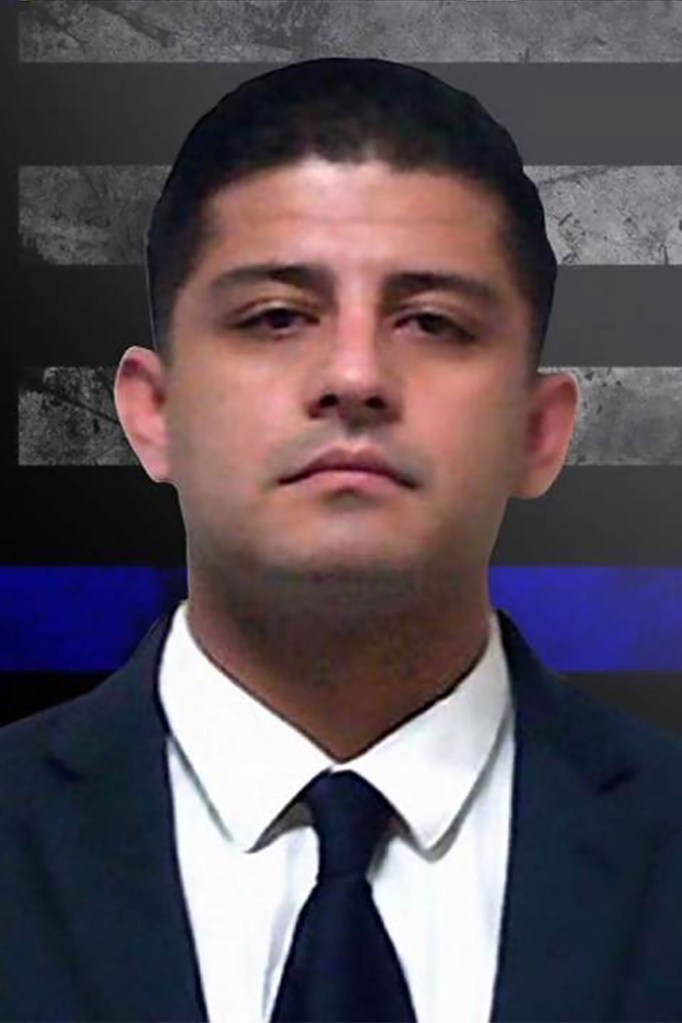 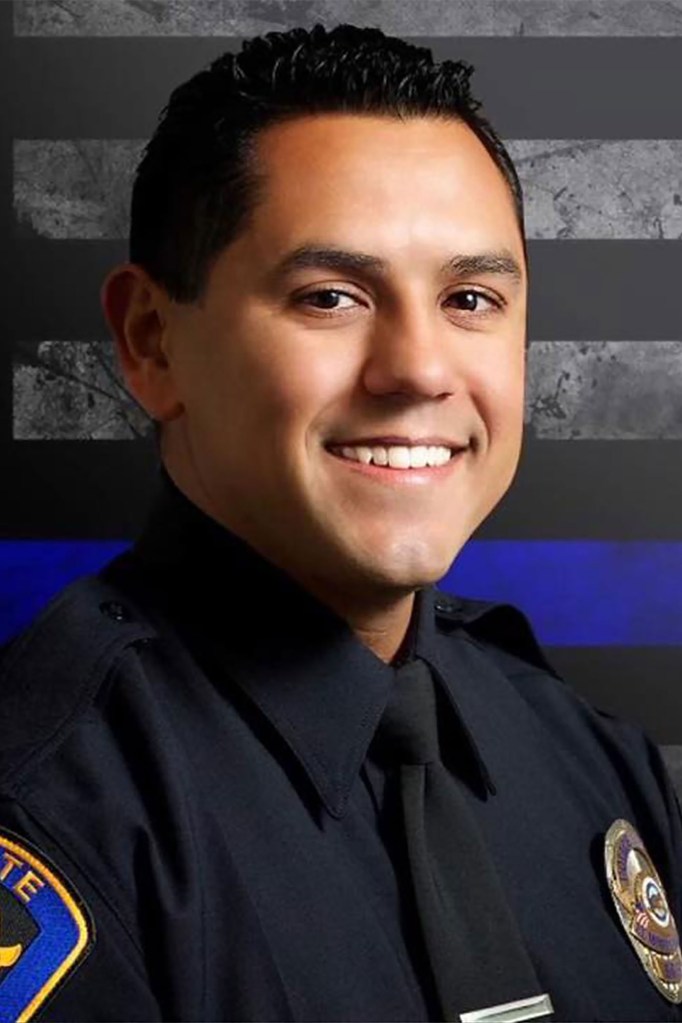 Corporal Michael Paredes was one of the officers who repsonded to a report of a stabbing at the motel. El Monte Police Department/Facebook

Justin Flores had served two prison terms, and was arrested on a firearm charge in March 2020.

He pleaded guilty to being a felon in possession of a firearm last year, and could have been sentenced to up to three years in prison — but was slapped with probation and 20 days in jail instead under a deal with Gascón’s office.

Flores allegedly violated the probation by assaulting his girlfriend last week but he remained free ahead of a pending June 27 hearing, reports said.

“The sentence he received in the firearm case was consistent with case resolutions for this type of offense given his criminal history and the nature of the offense,” the DA’s office said in a statement Wednesday. “At the time the court sentenced him, Mr. Flores did not have a documented history of violence.”

Delta Stressed Us Out – The Atlantic