But the “Elvis” star, 65, looked back on the role and came to the conclusion that he wouldn’t be able to play the character if the movie was made today.

He told the the New York Times that both “Philadelphia” and his 1994 dramedy “Forrest Gump” were “timely movies, at the time, that you might not be able to make now.”

“Let’s address, ‘Could a straight man do what I did in Philadelphia now?’ ” Hanks asked.

“No, and rightly so. The whole point of ‘Philadelphia’ was don’t be afraid. One of the reasons people weren’t afraid of that movie is that I was playing a gay man. We’re beyond that now, and I don’t think people would accept the inauthenticity of a straight guy playing a gay guy,” he went on.

“It’s not a crime, it’s not boohoo, that someone would say we are going to demand more of a movie in the modern realm of authenticity,” the “Cast Away” actor added. “Do I sound like I’m preaching? I don’t mean to.”

The father of four was in New York City Wednesday evening with his wife Rita Wilson.

However, a mob of crazed fans almost knocked down Wilson, 65 — which forced Hanks to protect his ladylove. The wild group caused Wilson to lose her footing and she shouted, “Stop it!”

“My wife? Back the f – – k off! Knocking over my wife?!” Hanks yelled before they got into their car. One person was heard apologizing, saying, “Sorry about that, Tom.” 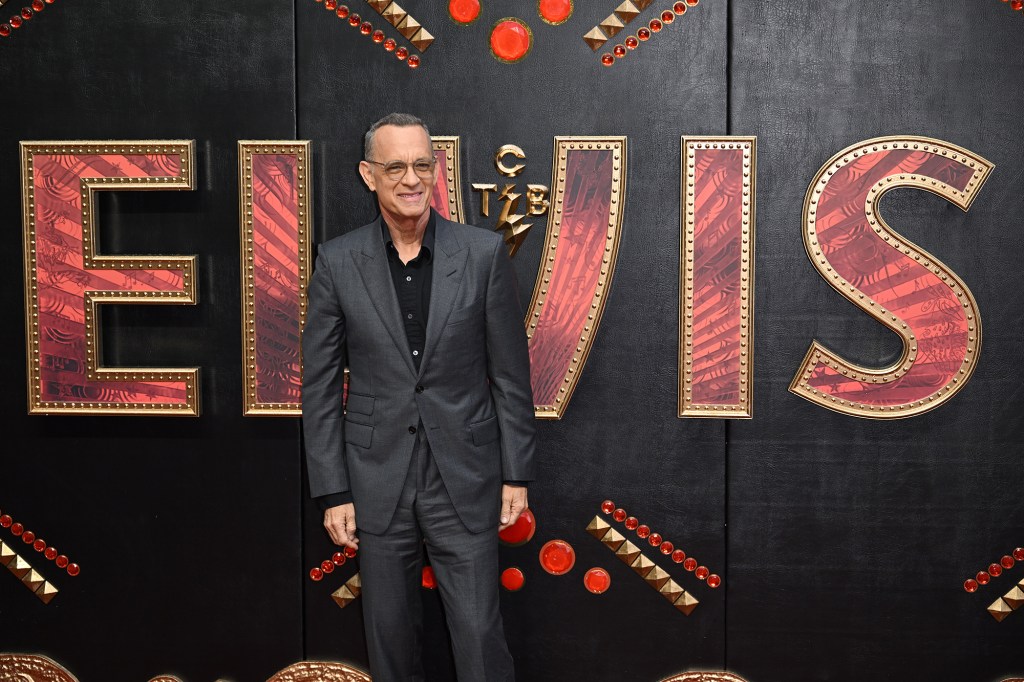 Hanks will next be seen in the music biopic “Elvis,” premiering June 24. WireImage

The “Sleepless in Seattle” star’s health was also recently put into question. Fans were outraged over rumors earlier this week about his wellness after a clip surfaced showing him shaking onstage at the Australian premiere of “Elvis” on June 4.

His hands were seen trembling as he appeared to have trouble holding onto his microphone. Viewers raced to social media to give their thoughts and slammed others who wondered about his well-being.

“He’s still one of the best actors left … his health is his business,” one said. According to the Daily Mirror, another fan defended Hanks and said, “God forbid it could just be adrenaline and nerves!”