Murderer Stuart Campbell who killed his 15-year-old niece in 2001 could be freed within months – and his brother has urged him to finally reveal what he did with the body.

Stuart Campbell was convicted of abduction and murder of Danielle Jones, who was last seen near her home in East Tilbury, Esssex, on 18 June 2001 while walking to a bus stop.

Her body was never found, but after police found a pair of white stockings with Danielle’s DNA on it, as well as a lip gloss used by her, he was arrested and later found guilty. Campbell was found to have lured her into his blue transit van to abduct her.

In December 2002 Campbell was sentenced to life imprisonment for murder and ten years for abduction, with the two to run concurrently.

The High Court ruled that the now-64-year-old should not be considered for parole until he has served the minimum of 20 years – and now the time has come for the murderer to potentially be released.

At the hearing for Campbell’s parole board assessment as he nears the end of his minimum sentence, his brother Alix Sharkey has made a direct plea to the ex-builder to ‘stop being a monster’. 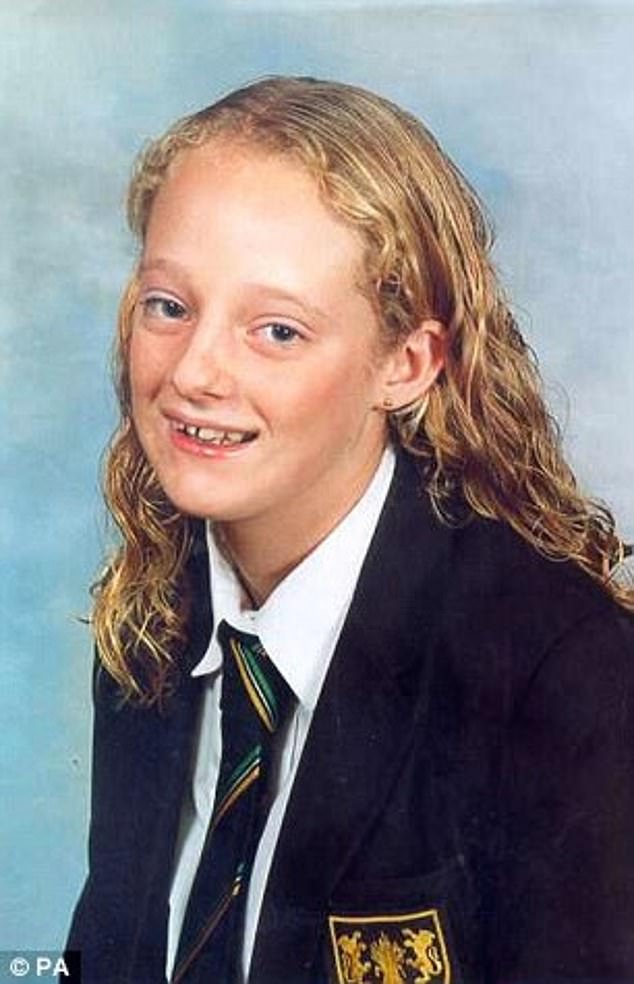 Stuart Campbell was jailed for life in 2002 for the murder of schoolgirl Danielle Jones, but will be eligible for parole this year

The case is the first to go before the parole board since the royal assent and passing of Helen’s Law, which legally requires the Parole Board to consider whether a prisoner has admitted guilt or expressed remorse.

This makes it harder for killers like Campbell to be release if they refuse to give up details on where they hid the victim’s body and give full disclosure of their crimes.

Helen’s Law is named after Helen McCourt, a 22-year-old insurance clerk who was murdered in 1988. Her killer, Ian Simms, has never revealed the location of her body.

Also 64, Campbell’s brother Mr Sharkey told the Mirror: ‘I do not believe my brother should be released until he discloses what he did with Danielle Jones’ body.

‘Her parents have been through a living hell. They have never had closure. My brother hasn’t even given them their daughter so they have a place to grieve. 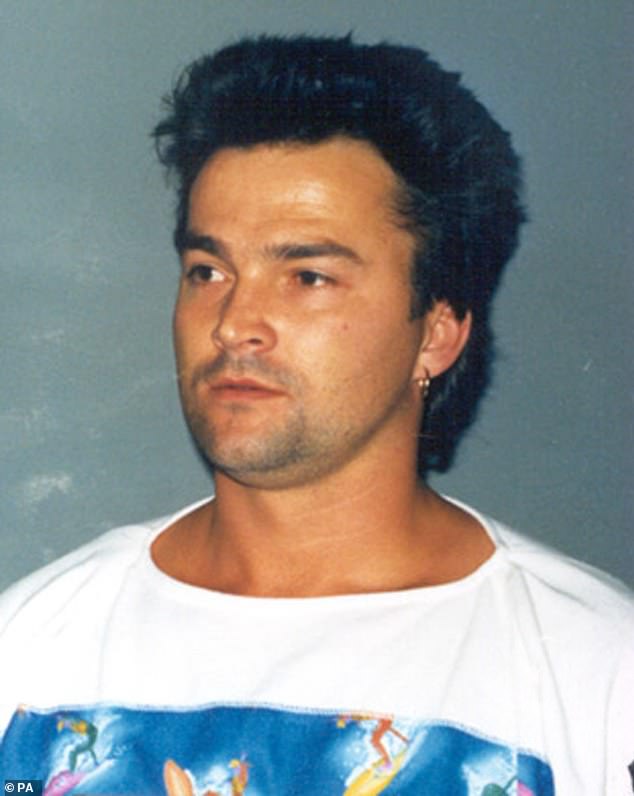 Campbell, pictured, has never admitted to his crime or revealed where he hid Danielle’s body

And in a direct plea to his murderous brother, he said: ‘Stop being a monster, why don’t you act like a human being? Even murderers can say “I’m sorry”.’

After his trial, Campbell’s violent past came to light – in 1989, he received a 12-month suspended sentence for forcibly keeping a 14-year-old girl in his home. He was also jailed for four years aged 18 for robbing another teenage girl.

In his trial for Danielle Jones’ murder, it was revealed that Campbell faked texts from the teenager to himself to make it seem like she was still alive.

On Campbell’s review, the Parole Board confirmed that it was ‘following standard processes’ and that ‘public safety’ is their ‘number one priority’. 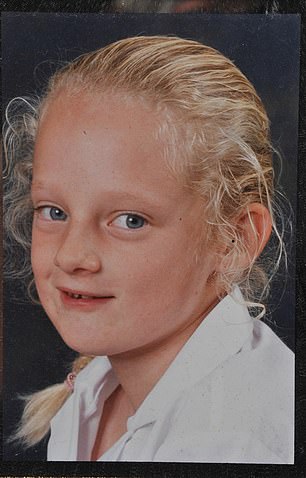 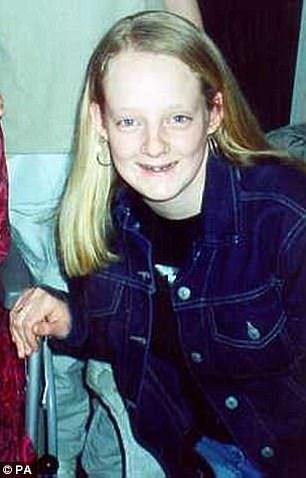 Danielle left her home in East Tilbury, Essex in June 2001 to catch a bus to St Clere’s School in Stanford-le-Hope, Essex – and her parents never saw her again

His brother Alix Sharkey, 64, who is currently living in Barbados and has written a book which recounts his horror at finding out about his brother’s crime, spoke of his ‘profound scorn’ for Campbell in an interview with The Sunday Times Magazine last year.

He said he is ‘furious’ with his brother for not telling Danielle’s parents where her body is, and hopes his book will encourage Campbell to do the right thing.

‘I hope it will shift something in him, to make him understand that you cannot pretend to anyone, including yourself, that this is over, that you can start again,’ he told the publication.

‘You can’t do that. I won’t let you. You have to tell these people what you did with that girl’s body.’

‘I was so angry with him, because I could see what he was trying to do,’ Sharkey said. ‘I realised with Ian Simms that with the way the law stands you can leave prison without confessing your crime, without expressing remorse for what you did — you can still get out of prison. Then I was furious. I was furious with myself for being complacent about the whole thing, and furious with him.’

Sharkey, who in his book discusses the violence he and his brother endured at the hands of their father while growing up, said he does ’empathise’ with Campbell, but it’s outweighed by ‘profound scorn’. 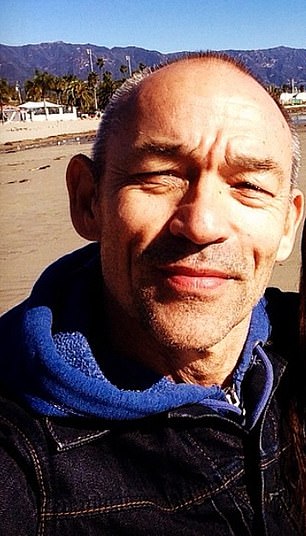 At the hearing for Campbell’s parole board assessment as he nears the end of his minimum sentence, his brother Alix Sharkey (pictured) has made a direct plea to the ex-builder to ‘stop being a monster’

He added that he believes his brother feels shame for what he did, demonstrable by the fact Campbell has never replied to any of his letters.

‘A response means a conversation, a conversation means being confronted with his crime. I guess he can’t handle that,’ Sharkey said.

On the 20th anniversary of the schoolgirl’s death last month, Danielle’s family appealed to Campbell to reveal where he hid her body.

Her mother Linda said she hoped Campbell would ‘do the right thing and allow us to lay our darling daughter to rest’.

Danielle left her home in East Tilbury, Essex in June 2001 to catch a bus to St Clere’s School in Stanford-le-Hope, Essex – and her parents never saw her again.

Campbell, a father-of-two and body-builder, denied any involvement in his niece’s disappearance, but the prosecution produced evidence that he had developed an ‘irresistible sexual attraction’ for her.

He regularly picked her up from the school bus stop in his van, sent her ‘an inordinate amount of text messages’ and kept a diary chronicling his contact with her.

Schoolgirl missing for 20 years: The disappearance of Danielle Jones

Danielle Jones, 15, disappeared in June 2001 after leaving home to catch a bus to school.

In December 2002 her uncle, Stuart Campbell, of Grays, Essex, was convicted and jailed for life for her kidnap and murder following a trial at Chelmsford Crown Court.

He has never admitted how he killed Danielle or where she is.

Campbell denied any involvement in her disappearance, claiming to have been in another part of Essex on the morning Danielle disappeared, but expert analysis of his mobile phone showed that could not be true.

Investigations also revealed that his phone and Danielle’s phone were together near his home for around 30 hours after she vanished.

In a bag in Campbell’s loft, police found female underwear including a pair of cling-top women’s stockings stained with blood. The stockings bore traces of Campbell’s and Danielle’s DNA.

In 2005 Campbell appealed the decision claiming he did not get a fair trial. 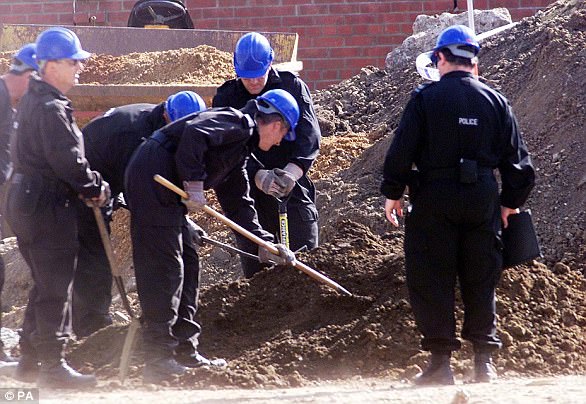 In the appeal, his lawyers argued that the trial judge, Mr Justice McKinnon, should have excluded highly prejudicial evidence to the effect that Campbell had a fixation for young girls and taking photographs of them, and downloaded material about teenage girls from the Internet.

They also urged Lord Justice Kennedy, Mr Justice Simon and Mr Justice Bean to rule that one of the jurors should have been discharged because he lived next door but one to a police officer involved in the case and another senior investigating officer lived in the same village.

The appeal however was dismissed. He will wbe eligible for parole at the end of this year.

Mozzarella vs. Burrata: What’s the Difference?

The Most Excellent Colors to Wear This Year, According to Your Zodiac Sign