Underdogs or not, the Rangers have reinserted themselves into this second-round series against the Hurricanes in convincing fashion.

After dropping the first two games of Round 2 on the road, the Rangers effectively protected home ice and evened the series at two-all with a win in Game 3 and then an inspiring 4-1 victory over the Hurricanes in Game 4 Tuesday night at Madison Square Garden to send this matchup back to Raleigh, N.C., looking a lot different than it did at the start.

In New York, the Rangers have stifled Carolina’s usually cohesive team game. They have worked for the right balance of scoring and a defensively sound structure. And as a result, the Rangers have turned this into a competitive series.

Oh, and the Hurricanes are now 0-5 on the road this postseason.

Carolina had its stretches, the long and suffocating ones where it pins its opponents in the offensive zone and maintains possession for what feels like minutes at a time. Teuvo Teravainen avoided the shutout with a goal early on in the third period.

But the Rangers would not — and have not — let the Canes get to their game.

Jacob Trouba got the Rangers going when he ran through Canes fourth-liner Maxi Domi in the first period, presumably as payback for what head coach Gerard Gallant called a cheap shot on Ryan Lindgren after the final whistle in Game 3.

Keep up with the most important sports news

Sign up for Starting Lineup for the biggest stories.

Domi’s linemate Steven Lorenz stepped in to fight Trouba, who got in his fair share of punches and got the Rangers a power play as Lorenz was hit with five minutes for fighting, a 10-minute misconduct and an instigator infraction.

Andrew Copp then sent a cross-zone feed to Frank Vatrano, who buried it for the 1-0 lead at 13:31 of the first. It was the first of three points for Copp on the night, and the next one came just over two minutes later before he capped the scoring with a goal in the third period.

Lindgren finished with two assists, putting the shot on net that Adam Fox tipped in in the first period and the shot that Mika Zibanejad cleaned up for the 3-0 lead in the second period, as well. 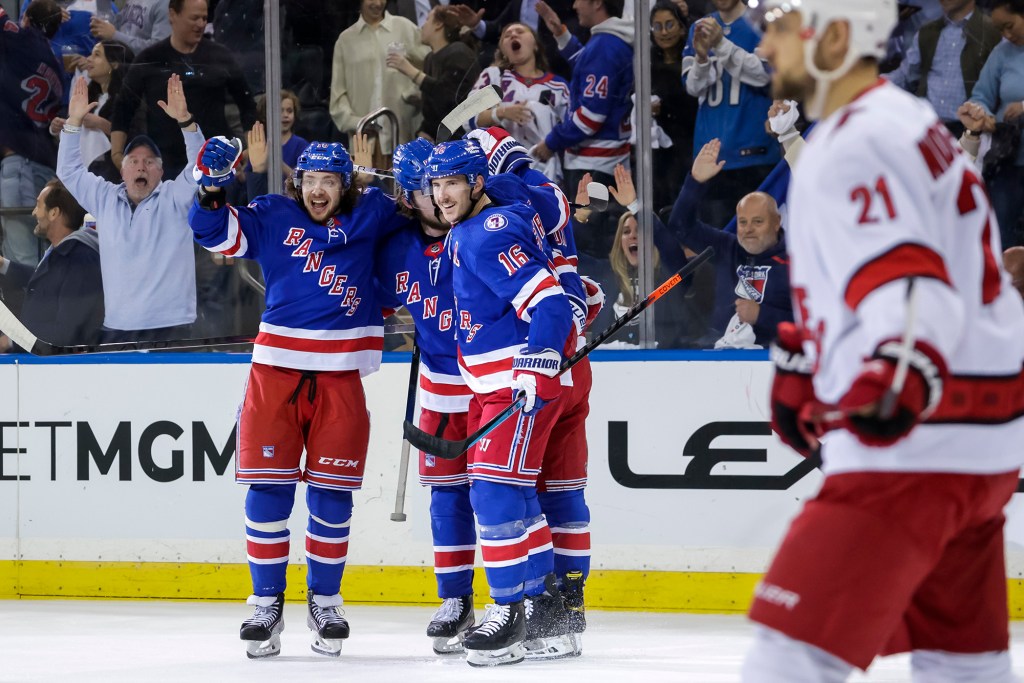 The Rangers celebrate a goal during their Game 4 win over the Hurricanes to even the series.Corey Sipkin

Gallant reverted to usual top six, but the Rangers head coach flipped Tyler Motte to the third line and Kaapo Kakko to the fourth line.

In one of their most complete periods of the playoffs, the Rangers emerged with a two-goal lead thanks to their power play and more than a couple of clutch saves from Igor Shesterkin after the opening 20 minutes. The Rangers did everything but score with their first man-advantage opportunity of the night, but it was a clear sign that the power play was in an early groove.

Just over two minutes after Vatrano opened the scoring with the man-advantage, Lindgren’s long wrist shot was tipped in by Fox to double the Rangers score heading into the first intermission.

How To Choose The Right Chart To Present Data

Principal at LeBron James’ I Promise school in Akron resigns

Is Covid More Dangerous Than Driving? How Scientists Are Parsing Covid Risks.