British No 1 Emma Raducanu makes it through to the second round of the French Open after fighting back from a set down to defeat 17-year-old Czech qualifier Linda Noskova; Cameron Norrie and Dan Evans also win but Harriet Dart and Heather Watson fall at the first hurdle 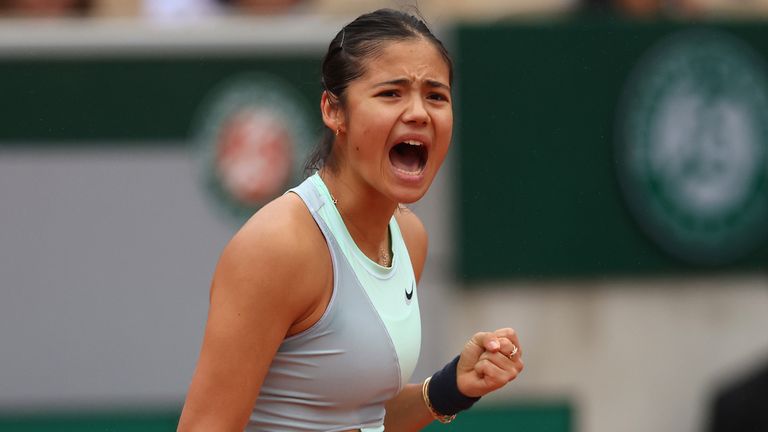 Emma Raducanu showed great determination to fight back and edge Czech qualifier Linda Noskova 6-7 (4-7) 7-5 6-1 in the first round at the French Open on Monday.

The US Open champion broke serve twice in the opening set but was pegged back to a tie-break by the 17-year-old.

Raducanu hit back to take the second before racing away with the deciding set to reach the second round in Paris on her main draw debut.

“I mean it was an absolute battle,” said Raducanu, who will play Aliaksandra Sasnovich of Belarus next. “I have to say Linda is playing some amazing tennis and she really came out there firing.

“As soon as I dropped my ball speed, she was all over me and killing me from the end of the first set. So, it was definitely really challenging in the second set to hold on and keep holding my serve and break back a couple of times.

“I am really proud of the way I fought but all props to Linda as she played an amazing match.

“Honestly, I have no expectations of myself. You know I am really happy to be able to be competing here after Rome.

“I really fought hard to be here in this second round and I am looking forward to trying to stay as long as possible.”

Raducanu had insisted she was fit to compete despite pulling out of the Italian Open in Rome with a back injury earlier this month, the latest in a series of niggles that have afflicted her since the US Open.

Nevertheless, things seemed to be going to plan when the 19-year-old – also making her senior debut on the Paris clay – eased into a 2-0 lead with a break and a comfortable hold.

But Noskova knows her way around the red dirt – the Czech is the reigning girls’ champion here and is ranked 184th – saved three break points before breaking back from 40-0 down.

The British No 1 was irritated by the light rain on Court Simonne Mathieu, and breaks were shared again before the opening set went to a tie-break which turned the underdog’s way thanks to a superb forehand down the line.

A see-saw second set was settled when Raducanu converted a fourth set point on the Noskova serve with a pinpoint drop shot to take the match into a decider.

A backhand winner on a short second serve gave Raducanu the initiative with no way back for Noskova, who became the youngest player to come through Roland Garros qualifying in 13 years.

Raducanu won five straight games to seal the contest and jumped for joy in celebration. 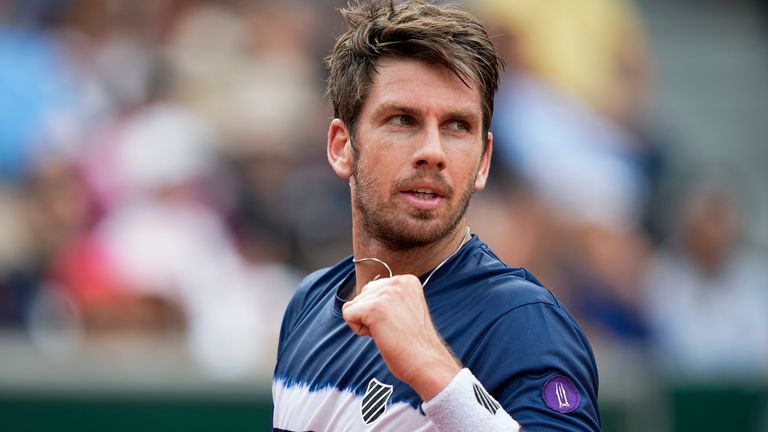 Fellow British No 1 Cameron Norrie, fresh from winning his first title on clay in Lyon at the weekend, made short work of French wildcard Manuel Guinard.

Norrie took a tight first set and then cruised to a 7-5 6-2 6-0 victory to set up a second-round meeting with Australian qualifier Jason Kubler.

“It’s so nice to get my first win here this year. I have to be really patient on the clay. When I’m playing really well I can love it and then when I’m not I have moments where I don’t like it so much. It feels really good to win.” 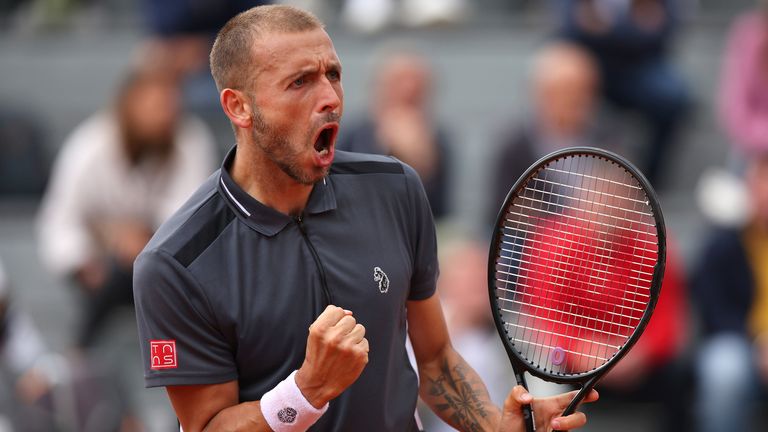 Dan Evans finally won a match at Roland Garros at the fifth time of asking.

On his 32nd birthday, Evans celebrated his victory with a golf swing and then revealed he had stayed up too late the night before watching the US PGA Championship, although he was forced to turn in before Justin Thomas completed his dramatic win.

“My missus was hassling me to sleep,” he said. “I wanted to watch some more, but I was up early. And so I woke up to – I basically missed one of the best endings ever. So, yeah, I was a bit gone this morning, yeah.

“I’ve got two friends here, they stayed up and watched. I couldn’t believe it when I read it in the morning. So it was a little annoying, but I’ll take the win.” 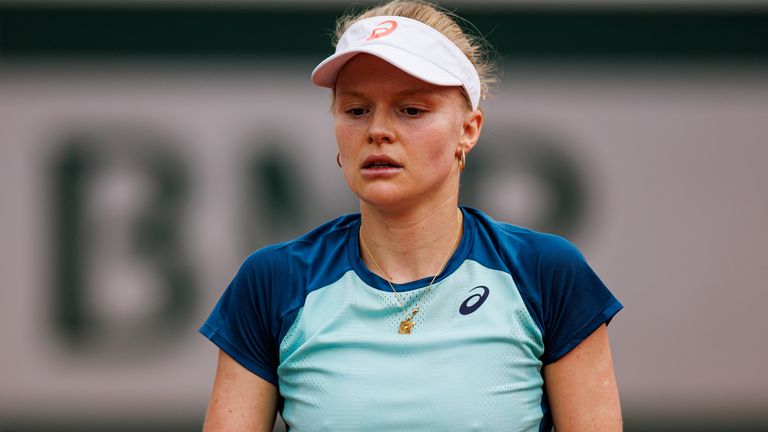 Harriet Dart narrowly avoided a dreaded double-bagel for the second time at a Grand Slam as she lost 6-0 6-2 to Italy’s Martina Trevisan in the first round of the French Open.

The 25-year-old failed to win a game in a first-round defeat by Maria Sharapova at the Australian Open in 2019.

Dart must have feared a repeat at 6-0 3-0 down, but she managed to get a couple of games on the board before her early exit from the tournament was finally confirmed.

She can console herself with almost £53,000 in prize money for an hour and 25 minutes of work.

The 30-year-old from Guernsey was a break up in the second set but still slipped to a 6-3 6-3 defeat.

Your Precious Eyes Aren’t Ready For These New Sneaker Collection